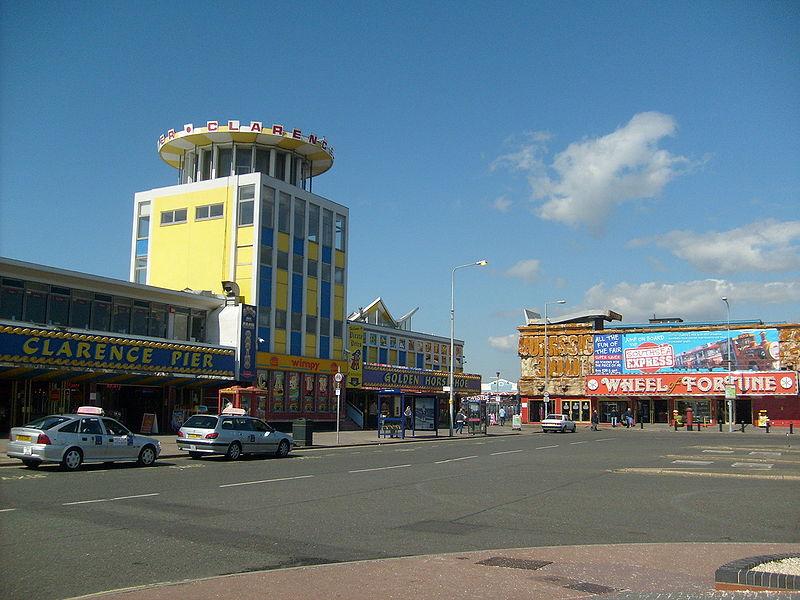 Councillors in Portsmouth have given the go-ahead to a new seafront bike path in Southsea in the face of opposition from local traders.

The £138,000 scheme, on the promenade side of Eastway Esplanade from Henderson Road to South Parade Pier, will see the present diagonal car parking spaces replaced with parallel parking, resulting in the loss of 150 spaces.

Portsmouth City Council however maintain that a survey conducted last August Bank Holiday weekend shoed that the spaces are often not used, and that alternative parking will be available on Southsea Common if needed.

Mr Reed disagrees, saying, “a large number of visitors support the small takeaway concessions during the winter months with a coffee in their cars enjoying the view the head-on parking allows.”

With cyclists of course not averse to the odd stop for a coffee and slice of cake, fears of lost trade may turn out to prove unfounded, and councilors have approved the scheme since they believe the two-way cycle path on the road, with a kerb separating bikes from traffic, is the safest option for motorists, cyclists and pedestrians alike.

And safety is also a motivation behind the redesign of the car parking facilities, with the council saying that the current diagonal parking can present dangers to cyclists, and that the bike lane will also discourage them from using the promenade, which is pedestrian only.

Jon Spencer, Portsmouth spokesman for cyclists’ organisation CTC, told the newspaper, “this will be a vast improvement to the route currently used by Portsmouth's many cyclists, and will encourage more people to cycle in Southsea.”

£90,000 of the cost of the scheme will come from the Healthy Pompey initiative, which encourages local people to keep healthy through being active. Works are due to start in March 2010, and a second part of the route, running from South Parade Pier to Clarence Pier, is scheduled for completion in 2011.

He added that once the route is completed, council officials would continue to target cyclists caught illegally using the promenade.

Not all councils have the physical option of introducing a bike lane on the seafront separate to the road and pavement as is happening in Southsea, and cycling along promenades has been a controversial topic in recent months.

Council officials and police in Bournemouth setting speed traps for cyclists earlier this summer to enforce a 10mph limit in a move branded “ridiculous” by CTC, while police in Weymouth prosecution was threatened against those caught cycling along the seafront.

Not all councils are taking such draconian measures, however. Worthing in West Sussex is currently the site of a 12 month trial allowing pedestrians and cyclists to share the promenade.