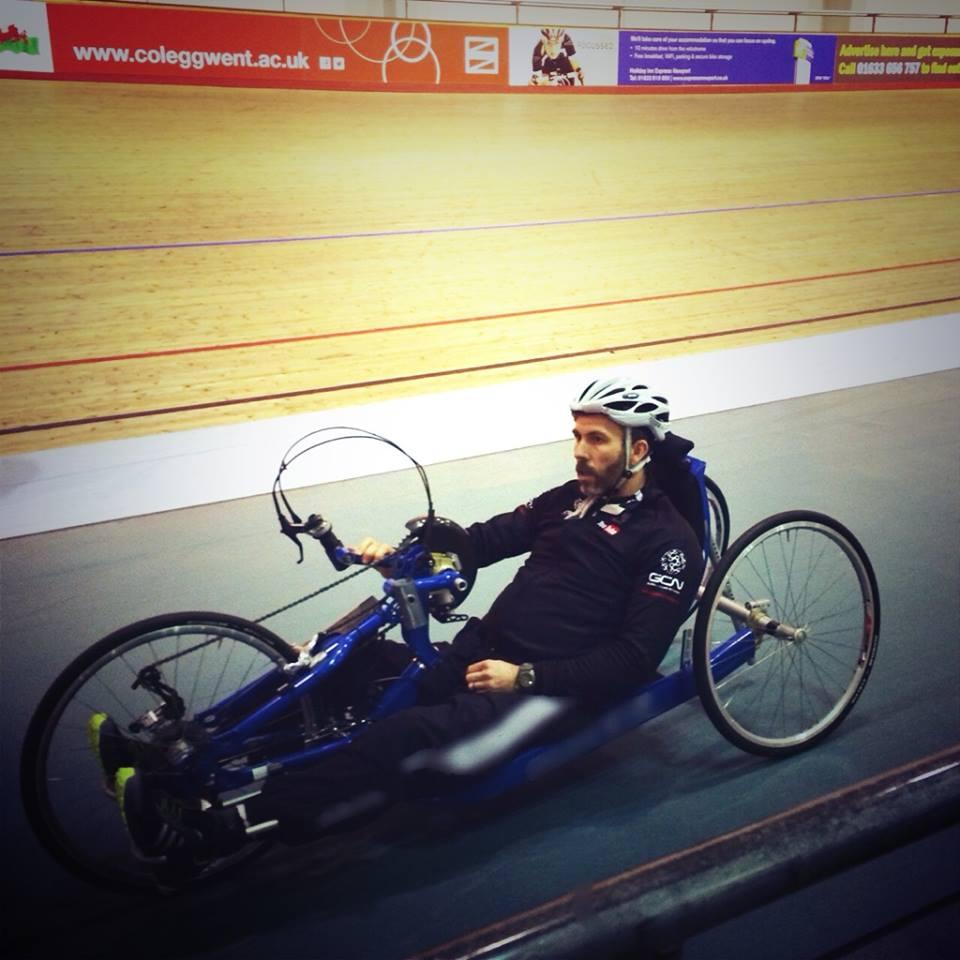 Paralysed trials rider Martyn Ashton back on a (hand)bike

Martyn Aston, the stunt rider who was paralysed from the waist down after he broke his back is back on a bicycle - just four months after his life-changing accident.

Martyn, 39, fell off a 3m platform while attempting a stunt during a trials demo at the Moto GP at Silverstone in September.

After weeks in hospital followed by intensive physiotherapy, he has managed to begin handcycling with an adapted bicycle at Newport Velodrome.

He told the BBC of his recollection of the accident.

"I landed and I felt the shock go through my body and I think immediately I knew it was very bad," he said.

"Because I knew it was serious I took a moment to speak to my son so that he knew Dad was alert and fine."

"I spent about an hour telling myself it would be ok.”

"And then I had a really great moment once I got into the MRI scan, and in there that's where I believed myself.

"After that I thought, well let's get on with it then, it's changed, deal with it."

Martyn was already famous for his video Road Bike Party - where he took Sir Bradley Wiggins’ bike for a spin - or at least a Pinarello Dogma very like Sir Brad’s bike - and demonstrated that in the right hands a skinny-tyred bike was every bit as capable of being jumped, hopped and backflipped as a trials bike or mountain bike.

For the sequel Road Bike Party 2, Martyn enlisted a couple of good friends - Chris Akrigg and Danny MacAskill - to help with stunt duties while he dealt with his injuries.

But not content to sit on the sidelines of his sport, he said: "I made a bit of a pest of myself, emailed and phoned as many people in disability sports as I could in Disability Sport Wales and they've been really supportive.”

Having tried wheelchair-based tennis and basketball, it was a revelation to take to the velodrome.

"It was awesome but really hard", he said.

"I'm not used to having power in my arms, but it was brilliant."

Neil Smith, from Disability Sport Wales, said Ashton will need time to work out if he is ready for top class racing.

"I think he was nervous to begin with - he was only just out of hospital," he said.

"It built his confidence."