The Genesis Volare was launched last year and is now available in four flavours. This is the top-end Reynolds Team 953 version and it costs £4,999, with a Shimano Dura-Ace 9000 groupset and RS81 wheels. 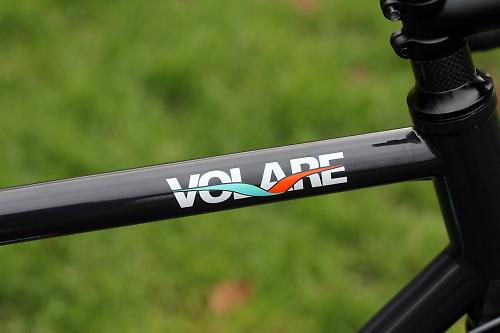 It’s the same bike that most of the Madison-Genesis team has been riding on the past season. Professional racers just don’t race on steel bikes these days, the weight and stiffness of carbon fibre is just hard to beat, but the team have proved that there is still life in steel, racing and winning on the Reynolds 953 frame. An impressive achievement. 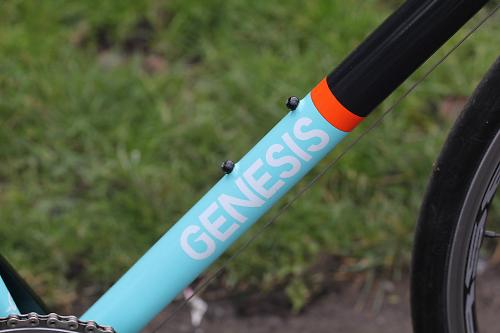 road.cc has been following with keen interest the development of the Volare. After all, it’s not everyday you get a British brand trying to push steel frames back into the pro peloton with the same confidence that Genesis has. So naturally we’ve been itching to get a ride on one of the bikes, and we’ve lucked out in receiving the posh Reynolds 953 model in team colours. 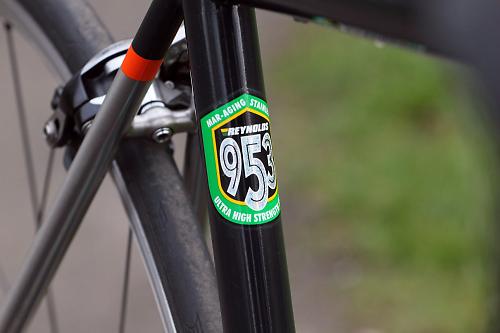 Genesis worked closely with Reynolds in developing the tubeset for the Volare frame. They’ve used Reynolds 953 in this frame, a stainless steel tubeset. It’s been a long time since steel has been in the performance road bike spotlight, but that hasn’t stopped Reynolds developing and really pushing steel as far as they can. Reynolds 953 uses a specially developed “martensitic-aging” stainless steel alloy that they claim offers a tensile strength in excess of 2000MP (853 is around 1400MP), giving a good strength-to-weight ratio. This high tensile strength means the tube walls can be really thin, down to 0.3mm in places. That brings the weight right down, without sacrificing strength. 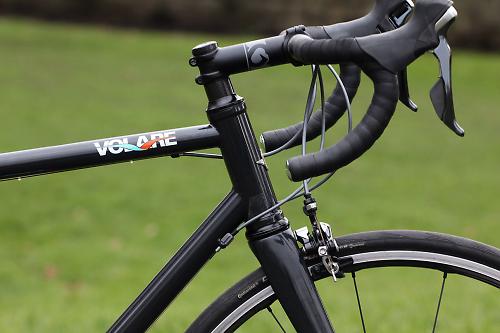 Stiffness is important, especially for one that is going to be raced. To that end Genesis have gone large with a 44mm head tube accommodating a tapered Enve carbon fork. The large head tube beefs up the front end and provides the real estate for the large down tube and top tube, which is ovalised at each end. It's a similar story at the bottom backet. A Shimano BB86 Press-Fit bottom bracket uses an 86mm wide shell which like the head tube creates a huge area for the down tube, seat tube and oversized chainstays to be welded to. The seatpost increases in diameter towards the bottom bracket too, and accepts a 27.2mm seatpost. 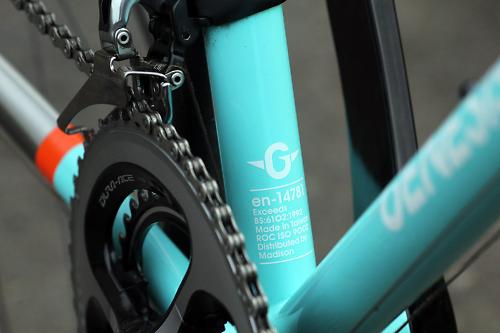 The Madison-Genesis team has been critical in the development of the frame since its inception. Genesis has been back and forth to Reynolds, tweaking the shape and profile of the tubes, and changing small details based on feedback from the racers. That’s the advantage, and attraction, of working with professional riders, you get a lot of feedback very quickly, because they rack up the miles and are usually very demanding. Based on that feedback they’ve made changes like given the top tube more slope, and decreasing the diameter of the tubes to build in a little more compliance and reduce the weight. Genesis claim a weight of about 1,650g for a size 54cm frame. 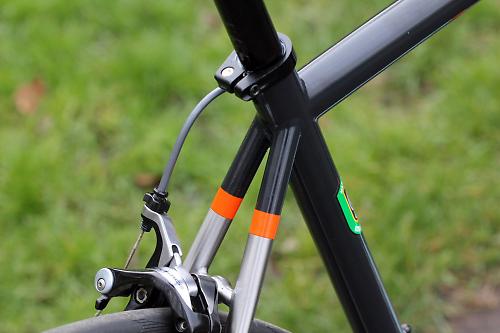 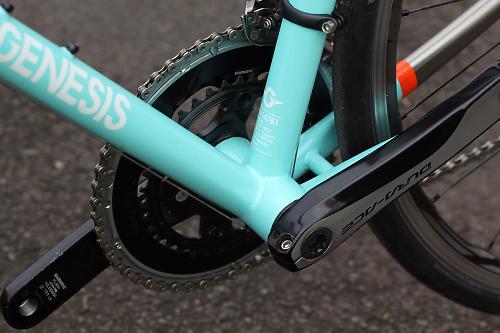 Geometry for the frame (we have the size 56cm on test, 50 to 60cm are available) is fairly racey, as you’d expect. A 14.5cm head tube sets the bars low, the effective top tube is 56.1cm, the wheelbase is 985mm and the chainstays 407mm. The head angle is 73.3° and the seat angle 73.25°. These are the sort of measurements you would expect to find on many frames sold as race-capable bikes. 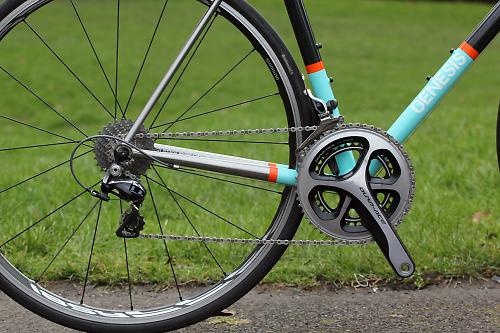 The Volare Team is specced with a full Shimano Dura-Ace 9000 11-speed groupset with a 52/36 chainset and 11-28 cassette. You can read our review of the Dura-Ace groupset here. The Shimano theme continues with the RS81-C24 wheels, which use a carbon laminate rim design, and are shod with Continental Grand Sport Race 25mm tyres. Yes, this is a race-ready bike fitted with on-trend 25mm tyres. Genesis has been developing its own range of finishing components in recent years, and the Volare Team is fitted with a 0.4 Road Compact handlebar, stem and 27.2m seatpost. The saddle is Genesis branded too. It's all nice look stuff and the saddle, based on a very short spin, feels like the sort of shape that is going to prove comfortable on long rides. 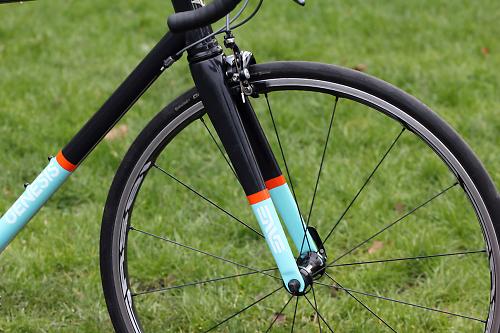 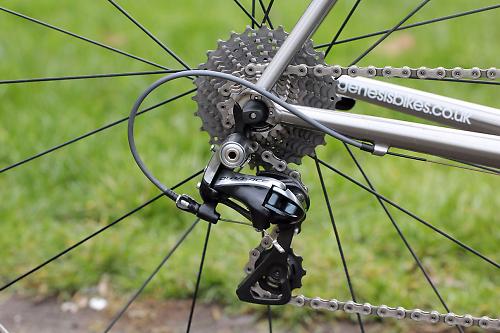 We haven’t tested that many steel frames with a performance focus like the Volare. Springing immediately to mind is the Zullo Vergine, which uses a Columbus XCr stainless steel frameset. There is the Tokyo Fixed Road Race with its Columbus Spirit tubeset, and of course the Stoemper Taylor with a True Temper S3 tubeset. They’ll offer three very interesting reference points when it comes to reviewing the Volare.