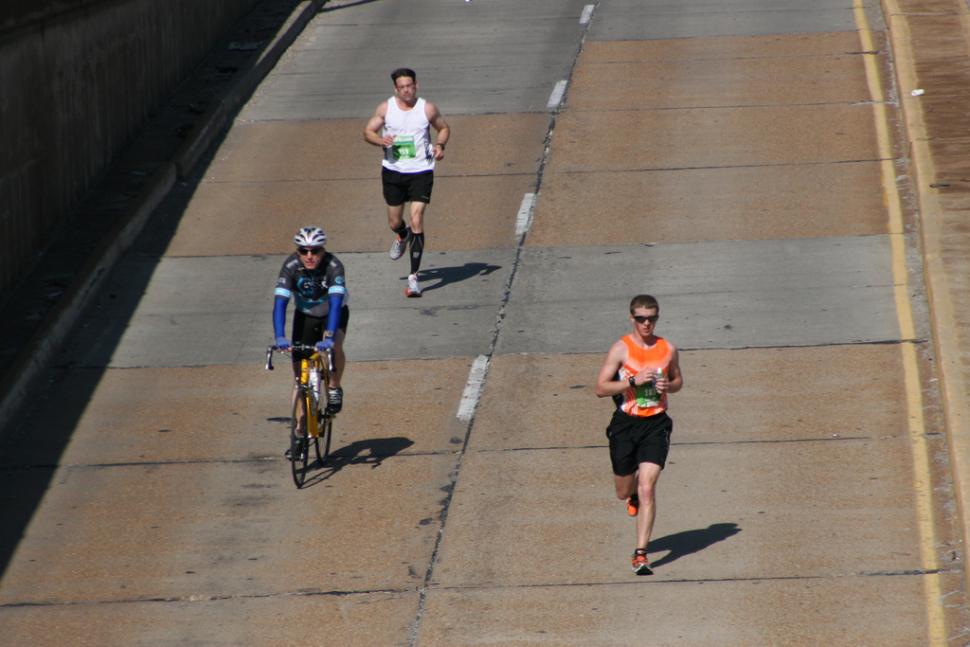 US professor confirms what we all knew, says cycling “a lot easier on the muscles” than running & has science to back it up
by Elliot Johnston

A new study shows that cycling is better exercise than running. The researchers say runners should include cycling as part of their training, and people taking up exercise should choose cycling over running to avoid injury.

The study analysed blood samples from cyclists and runners aged from 19 to 45 who regularly compete in races. The athletes exercised for 2.5 hours per day for three days in the lab at 70% VO2max. Their blood was then taken after one, 14 and 38 hours to determine that the runners were in a significantly worse state.

The actual science bits are here for those of you who can make head or tail of biochemistry.

According to principal investigator Professor David Nieman at the ASU HPL the results showed that cycling allows the body to exercise for longer because it causes less damage than its impact-heavy counterpart.

He said: “Runners just can’t put in the same volume of exercise as cyclists without experiencing more inflammation, soreness and muscle damage.

“Long-distance runners are encouraged to vary their training schedules, mixing higher and lower exercise workloads, and to include other training modalities like swimming or cycling to maintain the highest level of performance.”

Nieman went on to recommend cycling over running for beginners as a way to get fit.

He said: “It is going to be a lot easier on the muscles."