Team Sky’s Chris Froome caused a social media sensation among cyclists and men’s underwear fetishists when he posted a pic of himself on Twitter wearing the new Rapha Mesh skinsuit.

Now the clothing manufacturer has released official pictures of the suit, modelled here by Salvatore Puccio, along with some details of how it came to be developed.

Hot weather is always an issue for pro cyclists, and Team Sky is no different. But if there’s a marginal gain to be had, Sir Dave Brailsford’s boys are going to look for it. 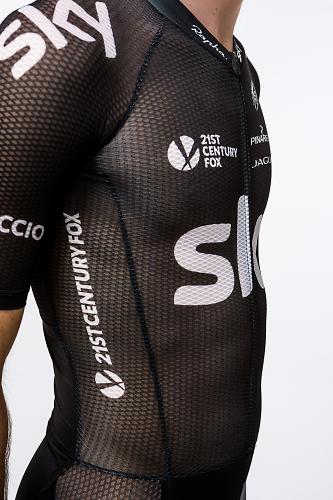 Rapha says the inspiration for the Road Race Mesh Skinsuit came from Sky’s experiences at the 2013 Tour Down Under and Tour de France.

In Australia, Luke Rowe and Ian Stannard’s feedback on Rapha’s Summer Bib Shorts led to a mid-season second-generation version, which was used at the Tour. 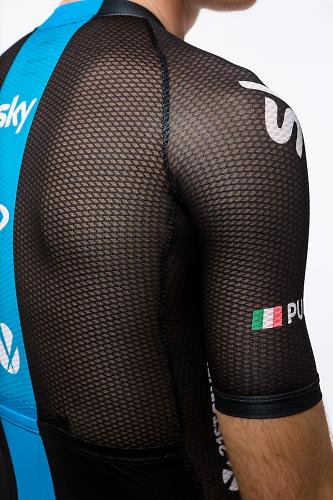 In France the team also had development prototypes of the Mesh Jersey, but on time trail days they chose a more conventional skinsuit for its aerodynamic advantages.

Most of the peloton chose skinsuits over traditional shorts and jerseys on the shorter stages of last year’s Tour too, including Pete Kennaugh.

But while a skinsuit is aerodynamic, it lacks airflow, and so throws up challenges managing the rider’s temperature. Rapha’s Team Sky design manager Piers Thomas decided the company must produce a suit that was both cooling and aerodynamic. 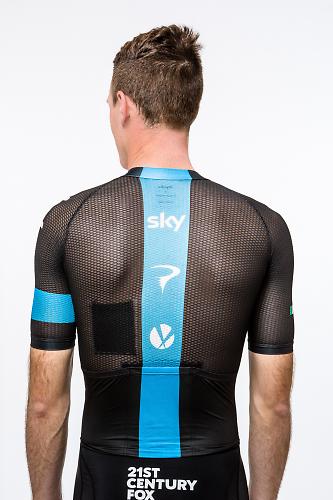 Rapha says that the fabrics are similar to those used in the Rapha Pro Team Baselayer. The mesh upper and front thigh sections are designed for maximum airflow and evaporative cooling, while the panels in the shorts have ColdBlack and antibacterial treatments. 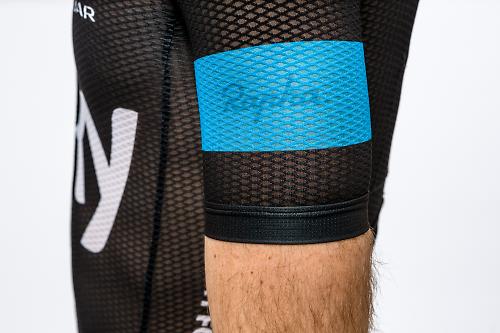 If you’re waiting for the punchline of onsale date and comment-inspiring stratospheric price tag, we’re going to have to disappoint you: Rapha has no plans to sell the Road Mesh Skinsuit in 2014.

That’s not unusual. A couple of years ago Team Sky had a skinsuit developed by previous clothing sponsor adidas that they refused even to talk about. This time round you know what you’re missing. Or is that worse? 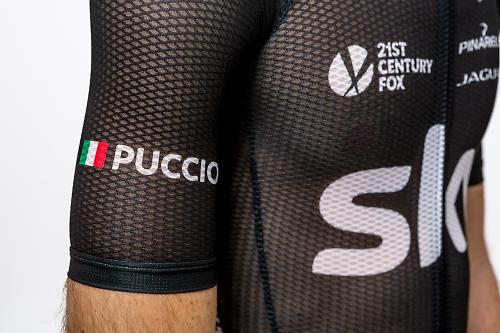