The new Trek Factory Racing team launched at the Velodrome de Roubaix today, revealing the full team roster and a black and pinstripe kit for the 2014 season. The new kit, modelled here by Fabian Cancellara, features a predominantly black design with vertical pinstripes - cos they're more flattering, right? - , and one white shoulder. It’s subdued certainly, but has a clean appearance, helped by the lack of logo clutter, and dare we say it, an almost classy look. It’ll be interesting to see how it looks in the peloton alongside the similarly black kit of Team Sky. 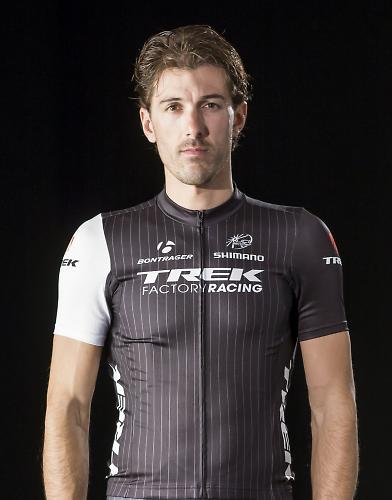 “One of the youngest teams in the professional peloton, Trek Factory Racing's kit reflects the promise of cycling's future while paying homage to the sport's culture. The asymmetric pinstripe pattern will be carried throughout the team's performance and casual wear,” reads the press blurb.

Trek of course took over the RadioShack-Leopard WorldTour licence at the end of last year, and is the team's name sponsor. They’ve retained the services of Fabian Cancellara (for the next three years), the fans' favourite Jens Voigt, plus Andy and Frank Schleck. The Wisconsin-based bicycle manufacturer joins rivals BMC and Cannondale in becoming name sponsor of its own top-flight professional team.

The location for the launch, Velodrome de Roubaix, has significance. It’s where Fabian Cancellara has sealed three victories in the brutal 265km race, last year aboard the Trek Domane. The team will be pinning their hopes on a strong performance from the Swiss rider this year. Can he do the Tour of Flanders/Paris-Roubaix double again? 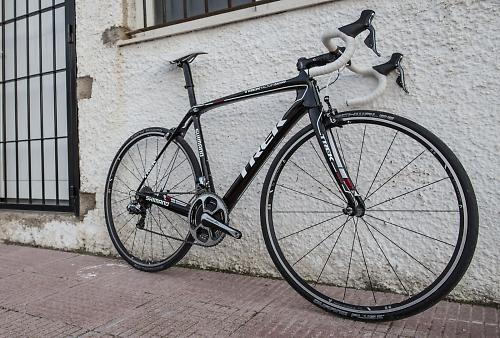 Trek also hosted 1,200 fans, Trek retailers, and fan club members at the launch. Our invite must have got lost in the post… An even luckier 250 members of the fan club joined Fabian Cancellara on a 78km ride of some of the Tour of Flanders. How do you join this club? 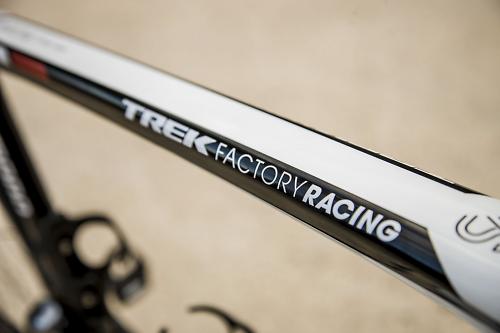 "Today is a huge day in the history of Trek and this team," said Trek VP Joe Vadeboncoeur. "We love racing and can't wait for the season to start. This is a big step for Trek and big step for cycling. We have built an international team that will work hard to make the fans part of the team."

That includes a roster composed of the well known, and mature, racers like Jens and Fabian, and is supported by some young talent, that the team will be hoping to nurture throughout the season. This investment in young riders builds on the US company's support of the under-23 development Bontrager Pro Cycling Team as a feeder team to the WorldTour. 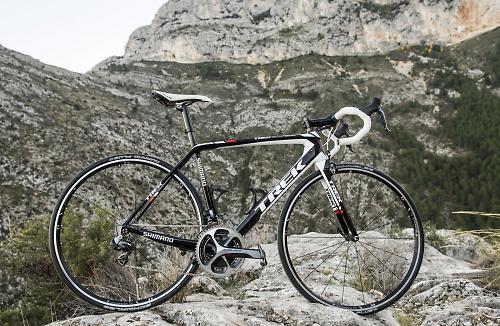 Trek also revealed the new look for the Madone, Domane and Speed Concept, the three bikes at the disposal of the team. We’ll have a closer look at the bikes in a future article.