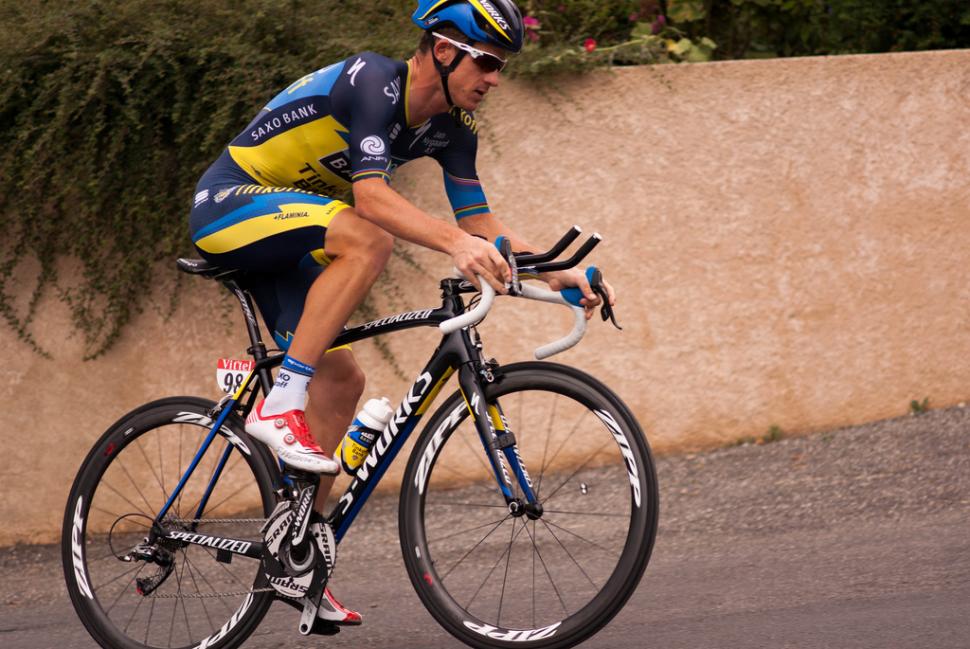 Alberto Contador says he’s confident Tinkoff-Saxo team-mate Michael Rogers is innocent of doping and that the presence of clenbuterol in his system was due to food contamination. Meanwhile Australian ex-pro Robbie McEwen says the UCI needs to introduce more robust measures to protect riders competing in China against tainted food.

Contador received a mainly backdated two-year ban and was stripped of the 2010 Tour de France and 2011 Giro d’Italia titles after the Court of Arbitration for Sport rejected his claim that the positive test was due to him having eaten a tainted steak.

Instead, it said the most likely explanation was that it was contained in a supplement contaminated with the substance.

Rogers also claims that food contamination was behind the positive test result he returned after winning the Japan Cup in October. The Australian had competed in the Tour of Beijing in China, which had finished the previous week.

Unlike Spain, where the steak Contador ate was bought and taken across the border to Pau where he was competing in the Tour de France, China, like Mexico, is acknowledged to have a major problem with clenbuterol entering the human food chain due to its illegal use by farmers to boost muscle mass in livestock.

“I’m hoping everything can be cleared up,” said Contador, quoted in the Spanish sports daily, Marca. “Personally, I think it was down to contamination.

“I have full confidence in Michael and I hope the issue can be cleared up. He is a crucial part of our team.”

Samuel Sanchez, still looking for a team for 2014 after the closure of Euskaltel-Euskadi, has been linked with Tinkoff-Saxo but Contador said: “As for a possible replacement [for Rogers], today I have a pretty solid team, it’s late in the day and it isn’t strictly necessary.”

Meanwhile McEwen, who now acts as advisor to the Orica-GreenEdge team, said that world cycling’s governing body the UCI must do more to ensure that riders in races in China are not at risk of food contamination.

Quoted in the Canberra Times, in response to news the UCI had provided for a “dedicated cook to supervise food” in team hotels, McEwen maintained: “If they're saying they've taken this precaution so it doesn't happen, and then it does happen, then they've got to take some sort of responsibility.

“Having dedicated cooks in the kitchens makes zero difference, it's where the meat is coming from,'' he said.

“Assuming the meat is the problem – and I see that as being odds-on that it is – they've got to do one of two things: either make races in China vegetarian, you eat meat at your own risk; or you take a bit more responsibility as organisers of the race and import meat from somewhere they know is safe.

“It's fairly simple,” he added.