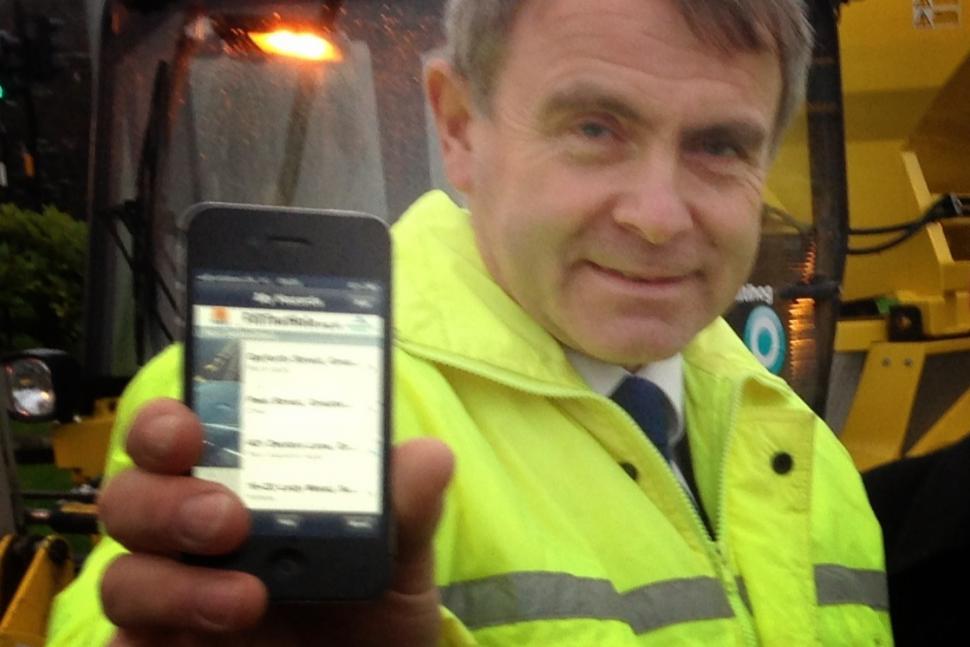 Fill That Hole, the pothole reporting app and website developed by national cyclists’ charity CTC, is to get a makeover thanks to a cash boost of £30,000 pledged by the Department for Transport (DfT).

The money, which comes from £5.8 billion of funding announced for highways this summer, was promised yesterday by roads and cycling minister Robert Goodwill during a visit to Oldham, will allow CTC to revamp the website as well as roll out an app for Android devices to sit alongside the existing iPhone version, extending its reach to 26 million people.

Mr Goodwill said: “At best they are an irritation but at worst they can damage vehicles and  pose a serious danger to cyclists. That is why we want people to tell councils where to find them so they can fill them in. This app means more people are going to be able to report potholes more easily.

“Filling potholes in quickly is only one half of the story. Research has also shown a long-term approach to road maintenance, rather than patch and mend, can save councils and taxpayers money and potentially save lives thanks to better road conditions.”

CTC says that since the website was launched in 2007, more than 91,000 potholes have been reported, helping local authorities become aware of sites where attention is needed.

Besides helping make roads safer for users including cyclists with councils able to respond more quickly to repair defects, the tool can also save local authorities money – according to the Asphalt Industry Alliance, £23.8 million was paid in compensation in England as a result of roads defects last year, giving councils an incentive to fix them as soon as possible.

CTC member Graham Wood of Macclesfield commented: “I have used the Fill That Hole service a  few times in the last three years. It's easy to use and works!

“I had great success with our lane which was in very poor repair. I reported potholes several times and they were usually patch repaired within three weeks.

“These repairs never lasted long and after continuing to report the holes, eventually a highways engineer came out to inspect the lane, he agreed it was unacceptable but said there was not enough funds to make proper repairs.

“Last year however the whole lane was resurfaced in 4 inches of tarmac, super job done and should be good for 10 years at least.”

Gordon Seabright, CTC’s chief executive, added: “CTC has been working to ensure roads are safe for cycling  since our foundation in 1878. We are delighted to have the Government’s support for our Fill That Hole website and app, which are already highly effective ways for road users to get potholes filled.

“This partnership with the Department for Transport will enable us to provide this free service to far more cyclists and other road users. It’s also a great example of CTC and the Government working together to get Britain cycling.”