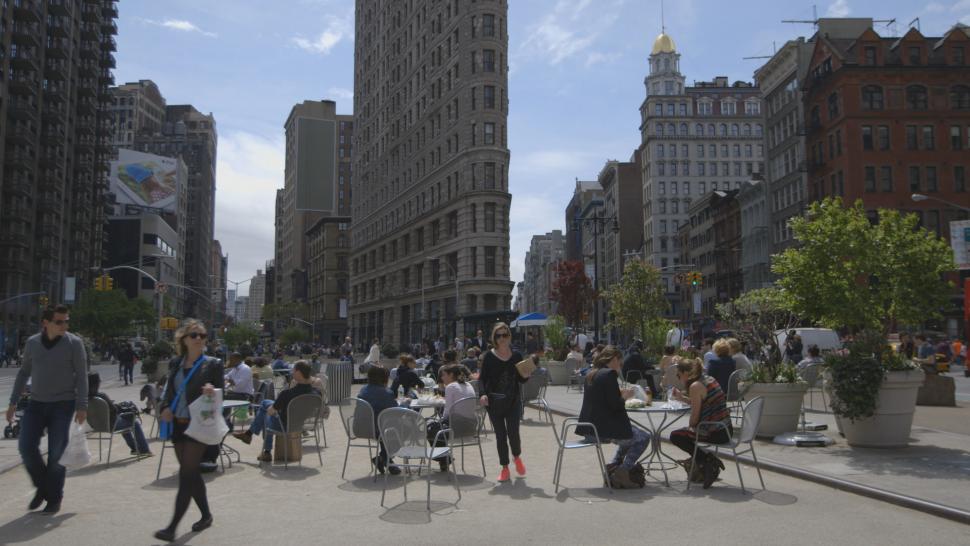 Award-winning Danish architect and urban planning expert Jan Gehl will be speaking in London next month at the screening of a film in which he is featured called The Human Scale, which is showing at the Hackney Empire on Thursday 23 January.

The 77-year-old, whose work places a strong emphasis on making cities accessible to pedestrians and cyclists as a means of improving the quality of life of the people who live in them, will introduce the film and take part in a question and answer session afterwards.

Besides colleagues from Gehl’s architectural practice appearing in the 83-minfilm, which is directed by Andreas M. Dalsgaard, are Jiangyan Wang, executive director of the China Sustainable Transportation Center, Janet Sadik-Khan, commissioner of the New York City Department of Transportation, the architect Rob Adams, who is director of city design at the City of Melbourne, Australia.

Gehl has in the past carried out studies on behalf of the local governments and transport authorities of both London and New York – the latter, in 2007-08 focusing on cyclists and pedestrians and helping influence the Department of Transportation’s policy in recent years. Tickets for the screening of The Human Scale cost £10 or £15 and can be booked through the Hackney Empire’s website. Here’s the film’s synopsis.

Fifty per cent of the world’s population live in urban areas. By 2050 this figure is expected to increase to eighty per cent. The megacity is both enchanting and scary. But how do we plan these cities in a way, which take human behaviour into account?

In the 20th Century the struggle to provide large numbers of people with proper housing, work spaces and transport led the modernists to create gigantic systems of high-rise buildings, industrial estates and high ways. The material gains are evident. What are the costs? Jan Gehl’s thesis is that basic human needs for interaction, inclusion and intimacy was somewhat forgotten during this process. Today we face peak oil, climate change and severe health issues due to our rapid growth. With en exploding population we need to double our urban capacity within 30 years. Can a people oriented planning be the solution?

The main question is pressing and includes us all. From the slum of Bangladesh to the financial district in New York. What is a happy life, and can a city make us happy? What is a good city? Is it made of highways, gated communities and high-rise structures? Or is it made of bikeways, parks and walking streets? Can architecture meet our human needs in the face of future challenges? The Human Scale meets thinkers, architects and urban planners across the globe. It questions our assumptions about modernity, exploring what happens when we put people into the centre of our planning.