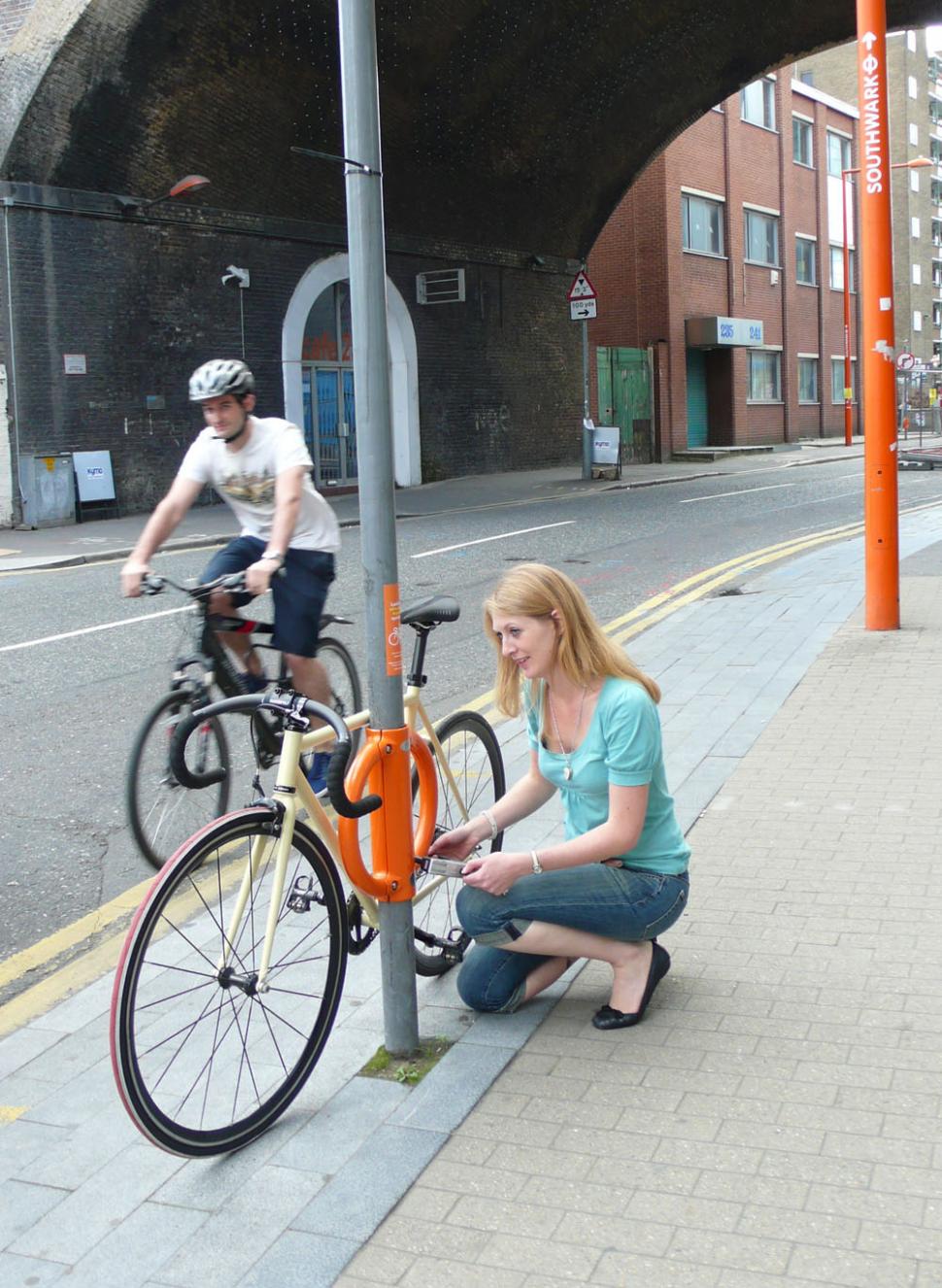 Edinburgh County Council is piloting the Cyclehoop in West Nicholson Street as part of a trial. The council has bought two of the award winning circular cycling security devices at a cost of £190 each. The device bolts on to lampposts and street signs for cyclists to secure their bikes to.

The Cyclehoop, which as we reported last year is already in use in London and Cambridge, is a basic but stylish way to provide secure parking for two bikes. It’s a simple hoop which can be bolted onto to any post, with no need to dig up the road.

It’s aimed at helping riders who lock their steed to a lamppost, only to later find the whole thing has been lifted off and away by some enterprising criminal. Its design leads the cyclist to lock through the frame and wheels rather than just around the top tube and also means the bike cannot be lifted over the post.

And it means almost any upright pole can be turned into an instant bike stand. Roadsigns, lampposts, bollards, bus stops and even traffic lights could all become safe places to lock up.

The idea is to create cycle parking where pavement space is limited and to reduce the likelihood of bikes falling over and getting in the way pedestrians.

London based designer Anthony Lau, who trained as an architect, founded the Kent-based business and he came up with the idea after his own bike was stolen by being lifted off a traffic sign.

The device will we welcomed in the city as transport chiefs in the Scottish capital implement a range of measures to be put in place to work towards ambitious targets for promoting cycling.

They include a £150,000 cycle "corridor" across the south of the city to link Edinburgh University's George Square and King's Buildings campuses, and 20 miles of tree-lined cycling and walking routes along established thoroughfares as part of a series of green corridors linking the capitals parks and gardens.

The council has committed itself to a goal of 15 per cent of all journeys in the city to be by bike within the next ten years. The figure currently stands at around four per cent for commuters across the city.