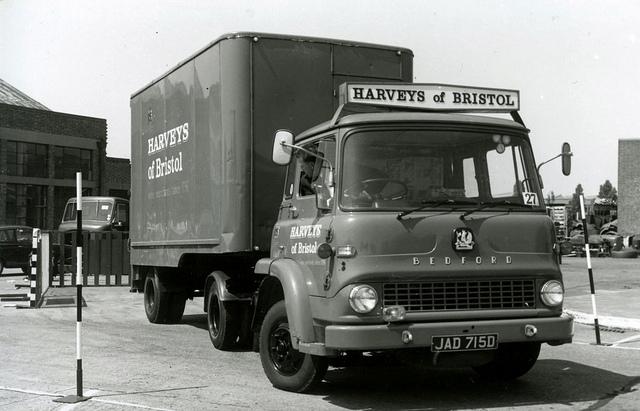 Boris may not be convinced about lorry bans for London, but George Ferguson wants a ban for Bristol
by Simon_MacMichael

Mayor of Bristol George Ferguson says that lorries should be banned from the city centre during rush hour, describing them as a “menace.” The views of the first elected mayor of England’s sixth largest city contrast with those of Mayor of London Boris Johnson, who last month rejected a call from British Cycling policy advisor Chris Boardman to ban HGVs from cities during peak hours.

Mr Ferguson, who took office in November last year, was speaking yesterday evening at a mayor’s question and answer session held at the Wills Memorial Building in Clifton, in which he criticised supermarket operators for using articulated lorries to deliver supplies to small stores throughout the city, reports the Bristol Post.

The mayor was responding to a question from a member of the 300-strong audience who said that riding a bike in the city was “scary” and urged that as part of their training, drivers of lorries, buses and taxis be required to spend a day on a bike there.

"I think we should ban HGVs in peak hours because they are a menace,” replied Mr Ferguson.

"Relatively small supermarkets are serviced by massive HGVs. The items should be transferred to smaller vehicles, preferably electric ones, at a transfer station, like the one we have at Avonmouth," he added.

Last month, in the wake of the deaths of six cyclists in London, with large vehicles such as lorries and buses involved in all of those incidents, Mr Johnson rejected calls led by Chris Boardman to implement a rush-hour ban on lorries.

With a disproportionate number of cyclist fatalities in the capital involving lorries – particularly ones related to the construction sector – former world and Olympic champion Boardman had suggested London and other UK cities follow the lead of Paris, which places restrictions on when large lorries can enter the city centre.

During 2011, there were no cyclist fatalities within an area of Paris roughly equivalent to that covered by zones 1 and 2 of London’s transport network, although police in the French capital have said that was an exceptional year and that in a typical year, between two and six cyclists die in road traffic collisions.

But opponents of a ban point out that Paris, which also limits the height of buildings within the city centre, has nothing like the scale of construction work that London does, and that the city’s wider economy would be harmed if circulation of HGVs was restricted.

In an interview with BBC Radio London’s Vanessa Feltz, Mr Johnson also maintained that although he appreciated there needed to be a "much bigger conversation about HGVs" and the danger cyclists face from them, banning them at certain times of day could cause a "serious influx as soon as the ban is over," thereby presenting an even greater risk to vulnerable road users.