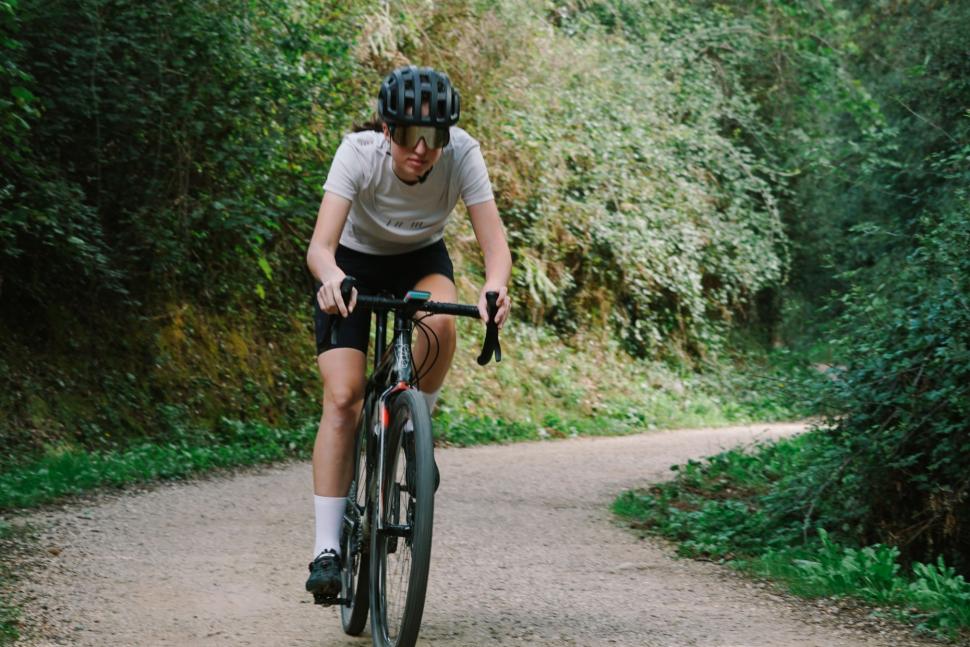 Cycling getaways: Why Girona is such a great gravel holiday destination

Planning your next off-road getaway? Here’s why this Catalonian city just north of Barcelona is a go to…
by Anna Marie Hughes

The summer has come to close (too soon) here, but that’s why it’s time to start thinking about plans for future sunny rides to push through the tough winter ahead. Here's why I think you should consider Girona for your next off-road getaway in Europe for the terrain, the weather, the endless trails and dirt roads for all abilities and more…

Girona is one of the largest cities in the Catalonia region, situated just 100km north east of Barcelona, and over the last ten years it’s really flourished into a mecca for pro cyclists.

Former British pro David Millar was one of the earliest settlers, and has called Girona his home for 16 years. 20 kilometres to the north of the old town lies the Rocacorba climb, a 13.8km testing ground for some of today’s top professionals with its 881 metres of elevation gain. 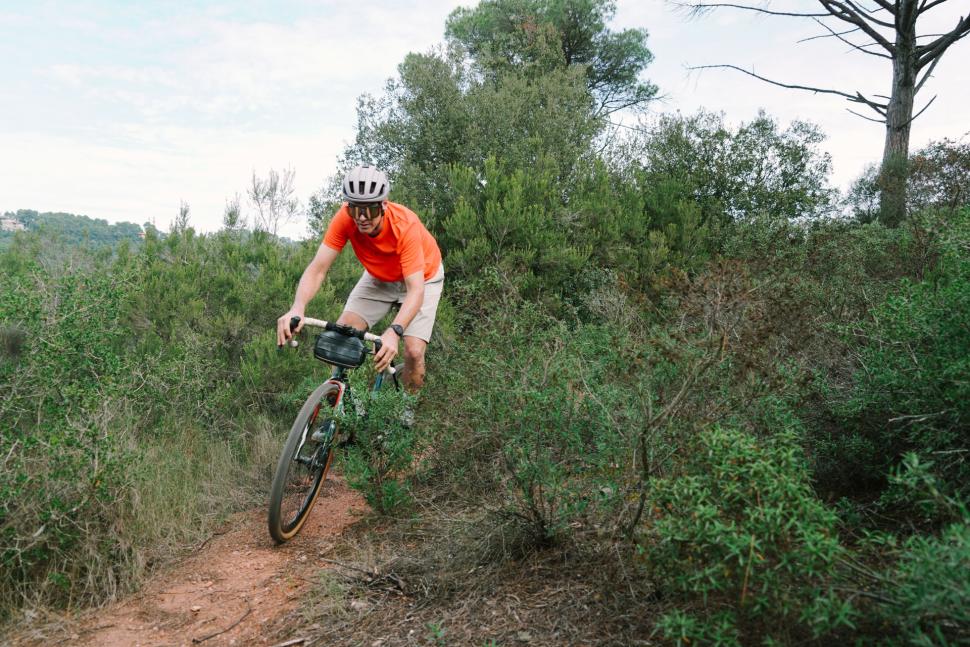 Girona is also the base of Millar’s clothing apparel brand CHPT3, and I recently headed out to the city for Sea Otter Europe and for CHPT3’s Dirt kit reveal and collab Vielo V+1 Strato racey gravel bike.

It’s not just CHPT3 and Vielo who have invited us out for testing bikes in Girona’s gravel playground though. Specialized took Mat Brett out to Girona for the launch of its revamped Diverge Pro carbon gravel bike last year.

So, what’s so great about Girona for off-road riding? Well, there’s a labyrinth of dirt tracks to have fun exploring and getting lost in, and then there’s the converted railway tracks and old dirt b-roads.

> Sustainable Gravel: A car-free cycling trip to the Isle of Wight

“It’s really good for all cycling; the mountain biking is wild, the road riding is the best in the world,” says Millar. “The gravel scene is still relatively new, but before long people are going to realise this is the best place in the world for gravel too.

“The bottom line is that there is just so much. The point of having a gravel bike is that you can take shortcuts or you can get lost. 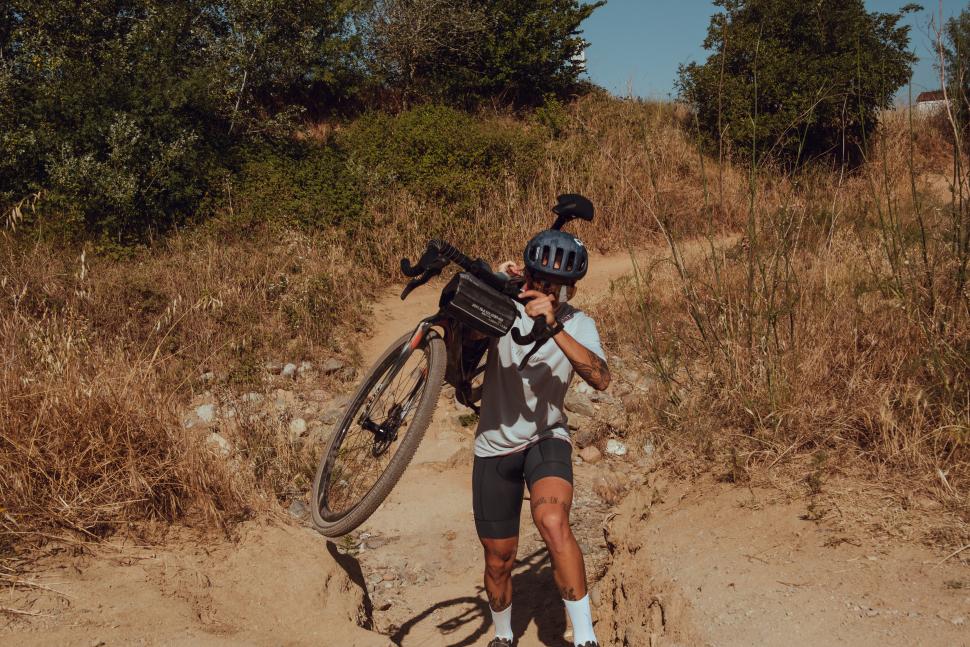 “If you’re on a mountain bike you won’t get anywhere, it’s just a slog, but you can take the gravel here really far out like you would do on a road bike - you could cover 100kms easily."

A lot of the gravel terrain in Girona is just old roads. “We sometimes forget how sparse Spain is relative to the UK,” says Millar. “There are more gravel roads here than there are tarmac roads.

“Even the famous Rocacorba climb was gravel until around 2003/2004, but unfortunately they are starting to tarmac more and more of them.”

Terrain for all levels

There’s a real mix of farm tracks, sandy/dusty trails, rocky/stony roads, compacted earth, and basically terrain that’s suitable for all sorts of abilities; no matter what level you are, there’s something here for you.

There’s technical single track, or if you’re looking for light gravel and easier terrain, you should ride on the Vies Verdes - which translates as Greenways.

Disused railway tracks have been specially adapted, and are now joined together to create easy and safe routes that criss-cross the Girona countryside.

“You can base yourself in Girona,  try gravel for the first time and be completely safe on the trails. There are lots of arrows showing the way and they have way points with cafes.

“Or you can go rogue, go on proper adventures and just get lost.”

“The Vies Verdes is not at all done for the gravel scene, it’s done for walkers, pilgrims, commuters,” Millar acknowledges. But everyone loves sports in Girona and it’s instantly apparent. This creates a great atmosphere for riding around the city and its outskirts.

“It’s just a very sporty place around here, no ones going to shout at you and say you’re not allowed on here.

"One of the things I noticed when I moved here 16 years ago was that there’s a culture of sports here; it’s trail running, mountain bike, motocross - it’s just everything.

“It’s got a lot to do with the climate, but it’s also just become part of the culture here."

Other than the sporty atmosphere and the great mix of terrain for all abilities, there’s many reasons why over 100 professional road cyclists call Girona their home. The varying terrain is one, the quietness and quality of the road/gravel surfaces being another, and an airport nearby is certainly handy too.

A summer with temps around the mid-30s and a winter that’s rarely below zero also really helps. April/May/June and September/October are the best months to visit in Millar’s opinion.

As well as lots of other riders to head out with and train with, there’s a few really great cafes to relax in together afterwards.

Fabrica is run by former professional cyclist Christian Meier and his partner Amber, and they serve great speciality coffee, using beans that have been sourced and freshly roasted in house. Breakfasts and lunches with a North American deli style twist are a treat here too.

Federal is tucked away on the stone cobbled streets of Girona’s old town and is owned by another professional cyclist, the Australian Rory Sutherland. Brunch is another great shout here with Federal’s Aussie twist on breakfast, blending in Spanish culture and local ingredients.

There’s an inexhaustible labyrinth of off-road terrain to be uncovered, so here’s some ideas if you want a bit of inspiration to begin with.

Directly north of Girona is Pla d’Estany, where Millar lives. When CHPT3 invited me out to Girona to test ride the CHPT3 specced Vielo V+1 gravel ride, Millar’s wife Nicole took me out on an absolutely lovely ride in this region that was packed with stunning views throughout.

There’s a fantastic network of wide dirt tracks. It’s easy to ride side by side with friends; you don’t have to think, you can just ride, relax and take in all the amazing scenery. On the route we did, just below, there were a couple of rolling climbs. Steep enough to encourage you out of the saddle to stretch the legs, but nothing too meaty and nothing that goes on too long either.

The mid-ride coffee stop at Banys Vells is truly serene. The open-air cafe bar has tables on pontoons overlooking the lake of Banyoles and the rolling landscape. You can see the famous Rocacorba climb in the distance too.

East of Girona is Les Gavarres national park that stretches the region across to the Balearic sea. As well as the famous tarmacked climb up Els Angels to the monastery, there’s plenty of off-road tracks that head out this way too; from smooth gravel to rocky downhills, this mountainous, forested area has lots of undulating beautiful terrain to uncover and it begins unexpectedly close to the city too.

If you’re looking for a beer and mid-ride snack, Millar recommends heading to the Dos Kiwis brewery. For his 36 miler route to the brewery and back, click here.

Ultra-distance rider and two times winner of the Transcontinental Race James Hayden also moved to Girona in 2020. Hayden switched to off-road ultra-endurance events in 2019, with an impressive 4th at his debut Silk Road Mountain Race – that’s the 1,711km race through Kyrgyzstan that’s loaded with 31,190m of elevation gain.

Here’s a collection of James Hayden’s routes that takes you through his favourite backyard, Les Gaverres. Ranging from 47 miles down to 18 miles, there’s six routes to explore. 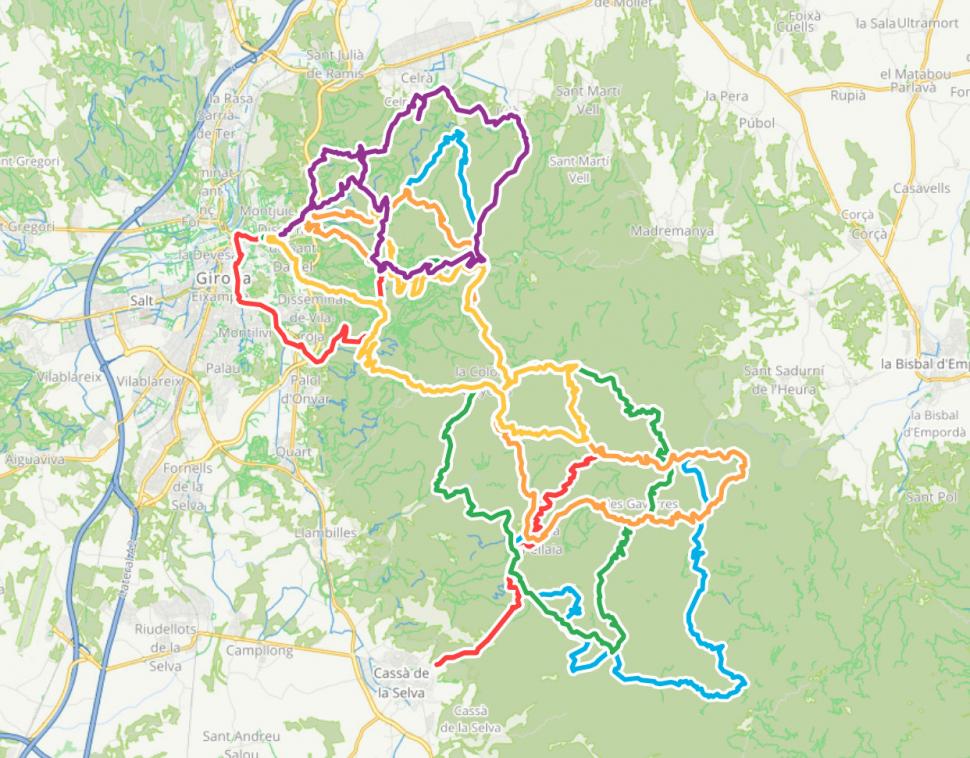 Eat Sleep Cycle is the one bike shop literally any cyclist you stop to speak to in Girona recommends. They do tours too.

If you are looking to be guided around by local experts, Eat Sleep Cycle has its Girona Gravel Experience with four days of riding for Intermediate (Level 2) to Advanced (Level 3) riders. Bikes can also be hired here. 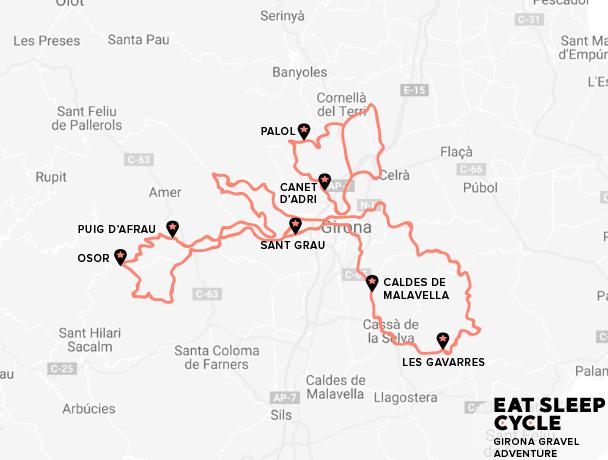 “The routes are designed for gravel-lovers, not too technical but with lots of fun, varied terrain & spectacular views throughout,” says Eat Sleep Cycle on its webpage about the tour.

Have you been gravel riding in Girona? Do you have any top-class routes to share? Let us know in the comments below.