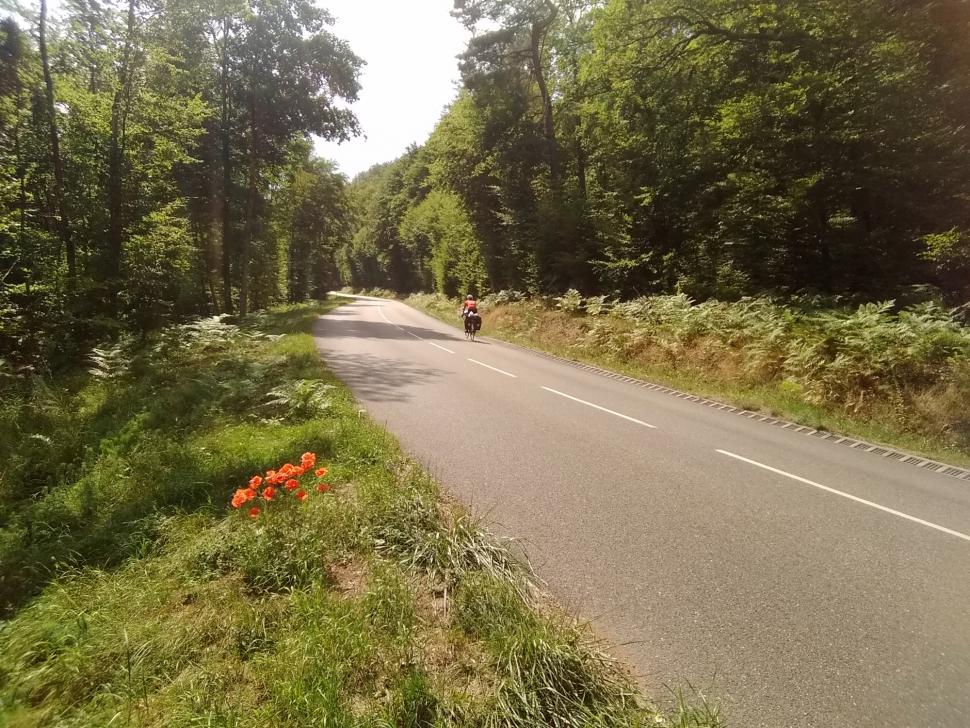 Emma completes the last leg of her tour, encountering cobbles, climbs and more beautiful scenery on the way home
by Emma Silversides

I was sad to leave Germany behind. I had been treated to some fantastic campsites, great roads and super scenery. Germany does efficient, clean and functional really well. 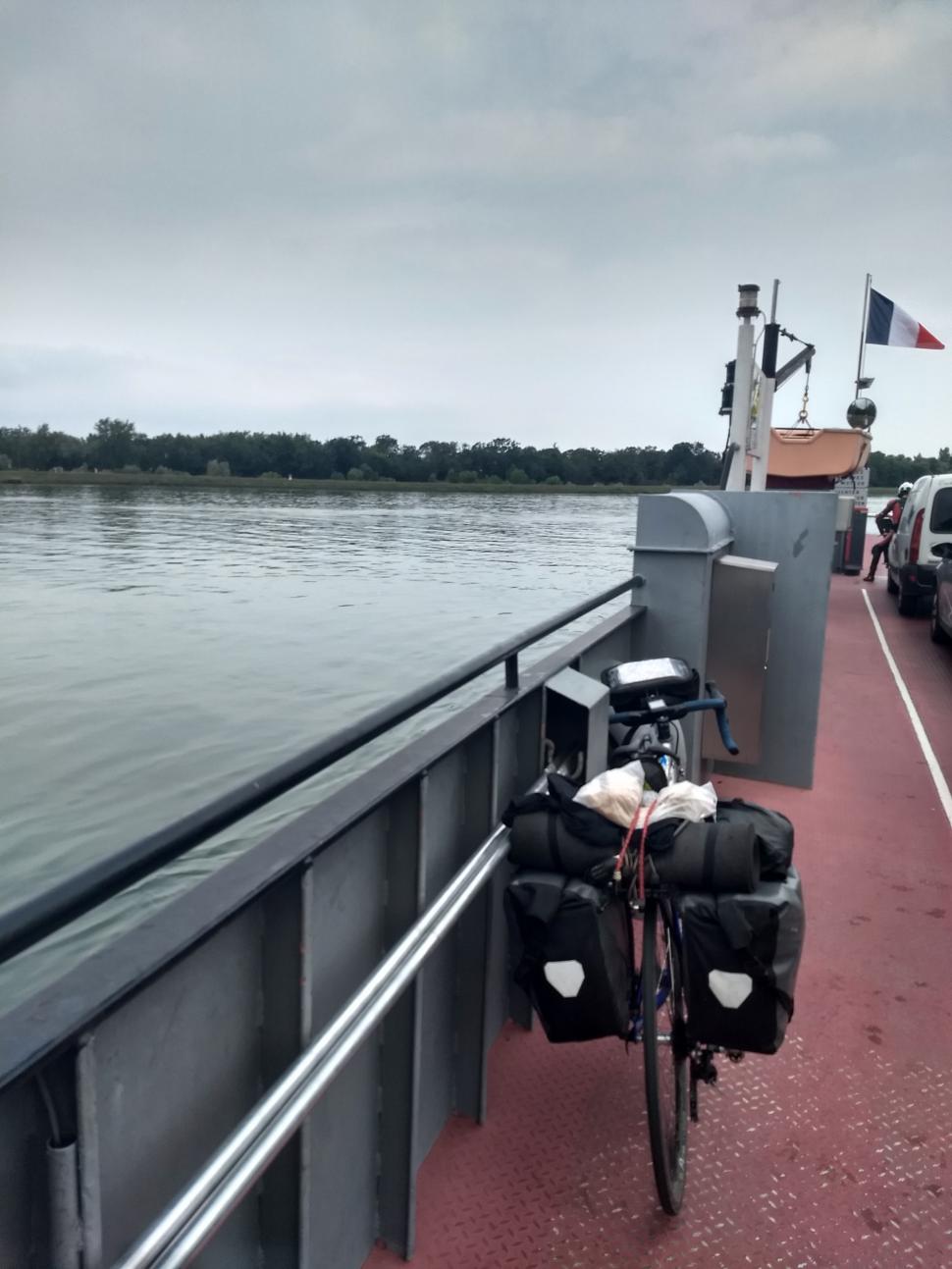 I crossed the border to France on a small ferry. They run regularly, taking about 20 cars across at a time. Having ridden onto the deck in Germany, I rolled off it five minutes later in France, and left the Rhine behind me. 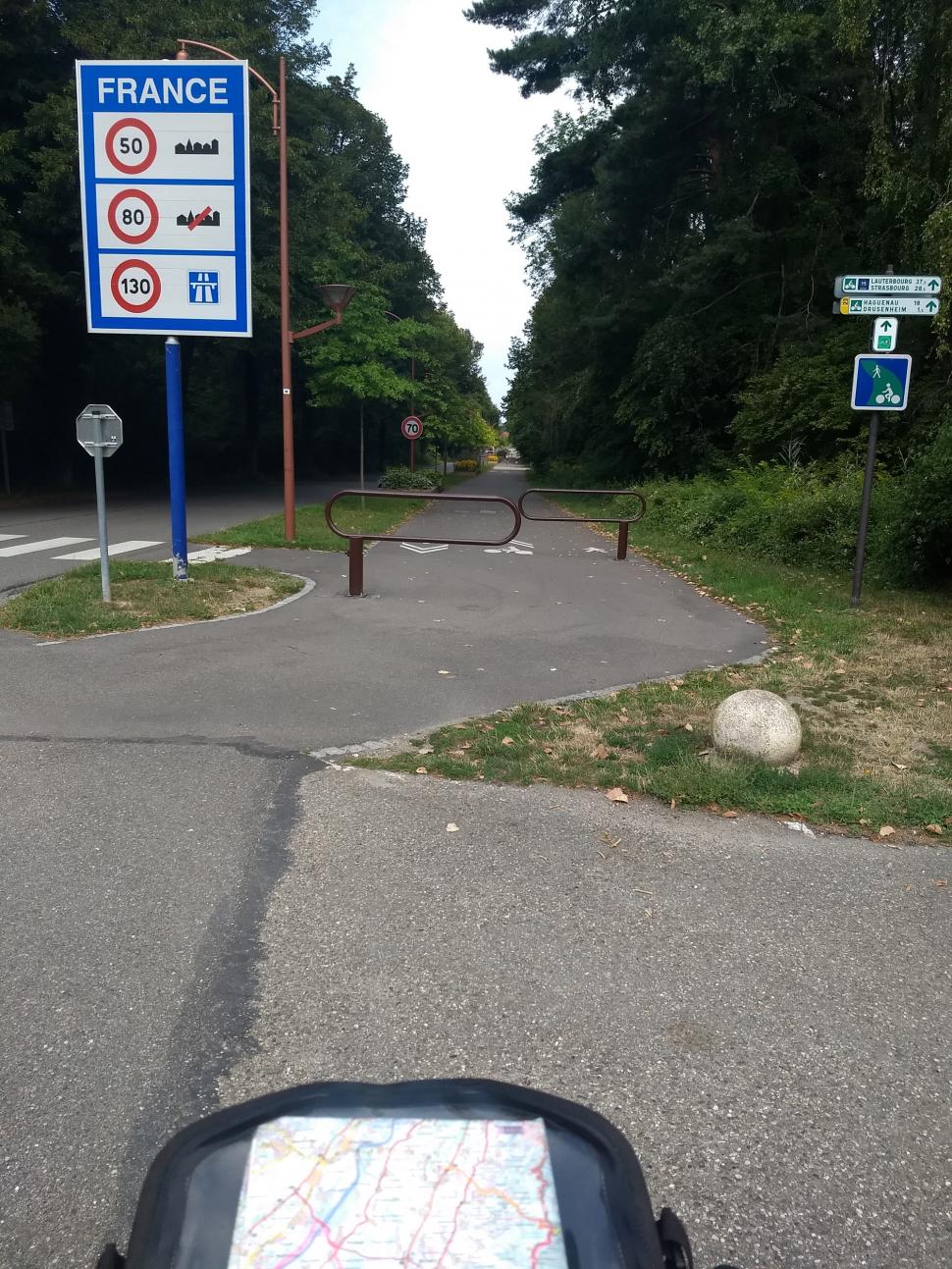 I was welcomed with a bike path as wide as the road it was next to. Sadly, this luxury didn’t last. I passed through buzzing market towns and made use of as many cycle paths as possible to avoid the crazy Saturday traffic. 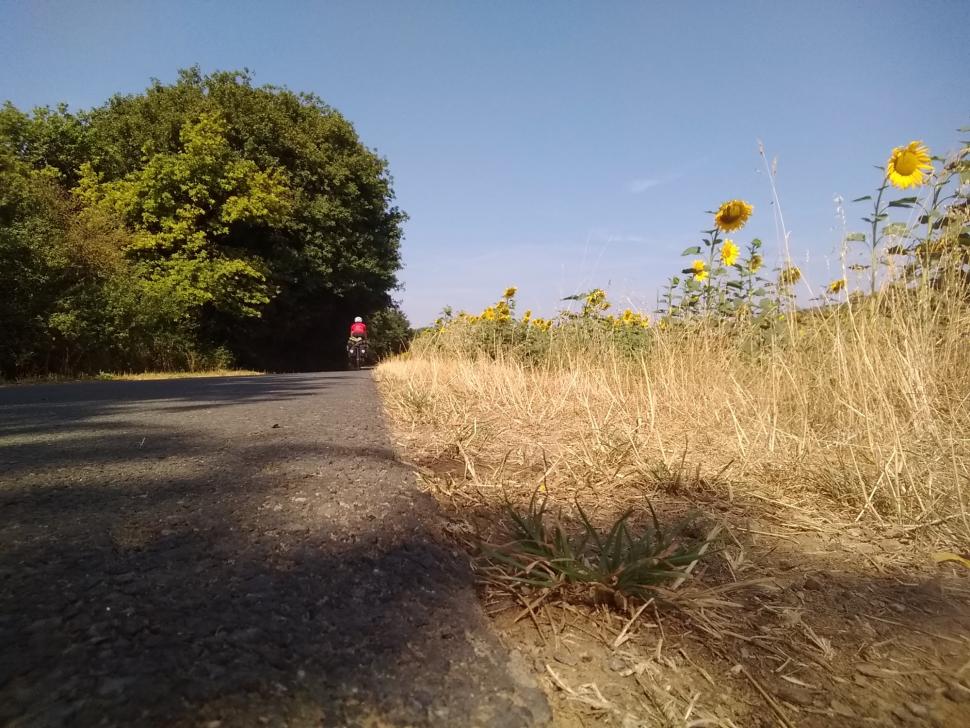 My route took me through the Hanau National Park, sometimes referred to as the Vosges of the North. It’s not a patch on the actual Vosges, but was still welcome after the busy towns. If I’d had time on my hands, I would definitely have taken in the Vosges. In my opinion the region, along with the Ardeche and (former) Limousin, is unfairly overshadowed by the Alps and Pyrenees. It offers equally beautiful scenery and some challenging terrain.

I spent only two days riding in France, the second of those being a Sunday. I was prepared for this and stocked up with fresh bread early doors. I wandered off-road thereafter. I knew it was pointless hunting out cafés for a coffee stop or a lazy lunch; life ceases to exist in many countries on the continent on a Sunday. If you are touring, don’t be caught out by this!

In 30°C+ heat and with no fountains to be found, I disturbed a guy working outside his house on a vintage car – he was happy to replenish my water supplies. I’ve toured in quite a few countries and can confidently say that the further southeast of the Channel I’ve ridden, the more kindness I have been shown. There are patterns to be found in the UK too. Don’t get me started on those!

I rode into Luxembourg late on Sunday afternoon and the first town I hit was alive and kicking. The bars spilt out onto the streets, people making the most of the remaining hours of the weekend with beers and cocktails. Riding up a steep climb to a campsite that overlooked Esch-sur-Alzette, I had to weave around excitable crowds pouring into a stadium to watch a local football derby. What a contrast from three hours ago in France where there wasn’t a soul to be seen. In Luxembourg, Sunday is clearly fun-day!

My tour was nearing its end but there was no way I could pass through Belgium without visiting a few people. Taking time to see friends or family during any tour is great, if it’s possible. The familiar company and conversation is a complete contrast to the solitude that you experience on the bike day in, day out. For anyone embarking on touring for the first time, it might well be possible to work it as a visit to family or friends. They are usually great hosts and often feed you well too! 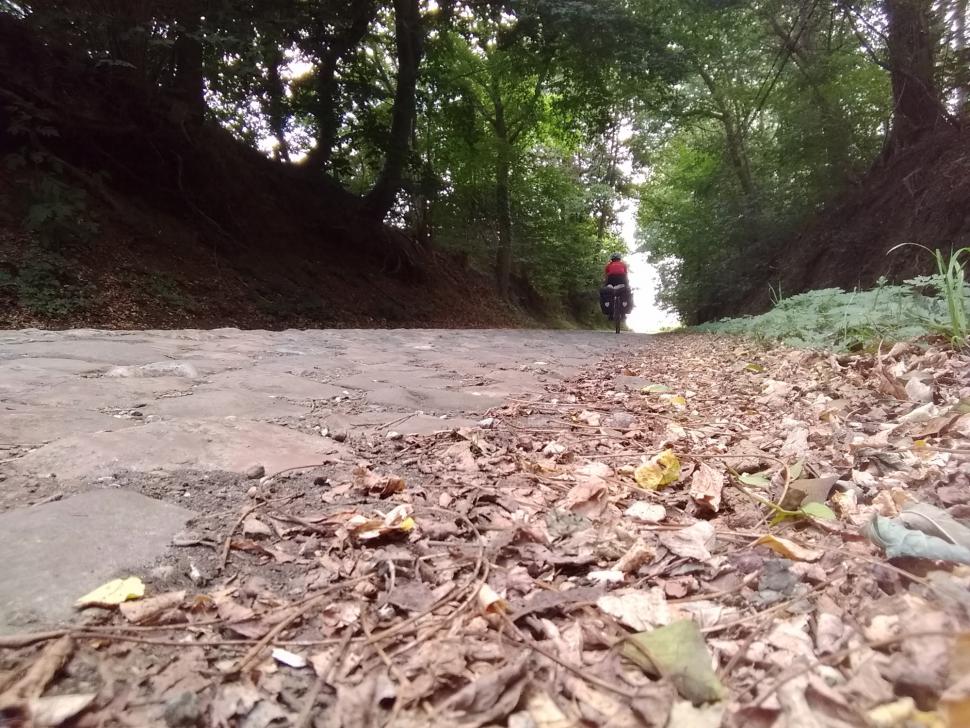 Riding through Belgium is really emotive for me, whether I’m touring or otherwise; it was ‘home’ for the entirety of my racing career. I took in some of my old training roads – hills and pavé close to Huy. Many cyclists go to Belgium to experience Flanders’ classic cobbles and climbs, but I would always prefer to ride in the southern, French-speaking Wallonia; it has so much more nature and beautiful scenery to offer, plus much better roads and climbs. 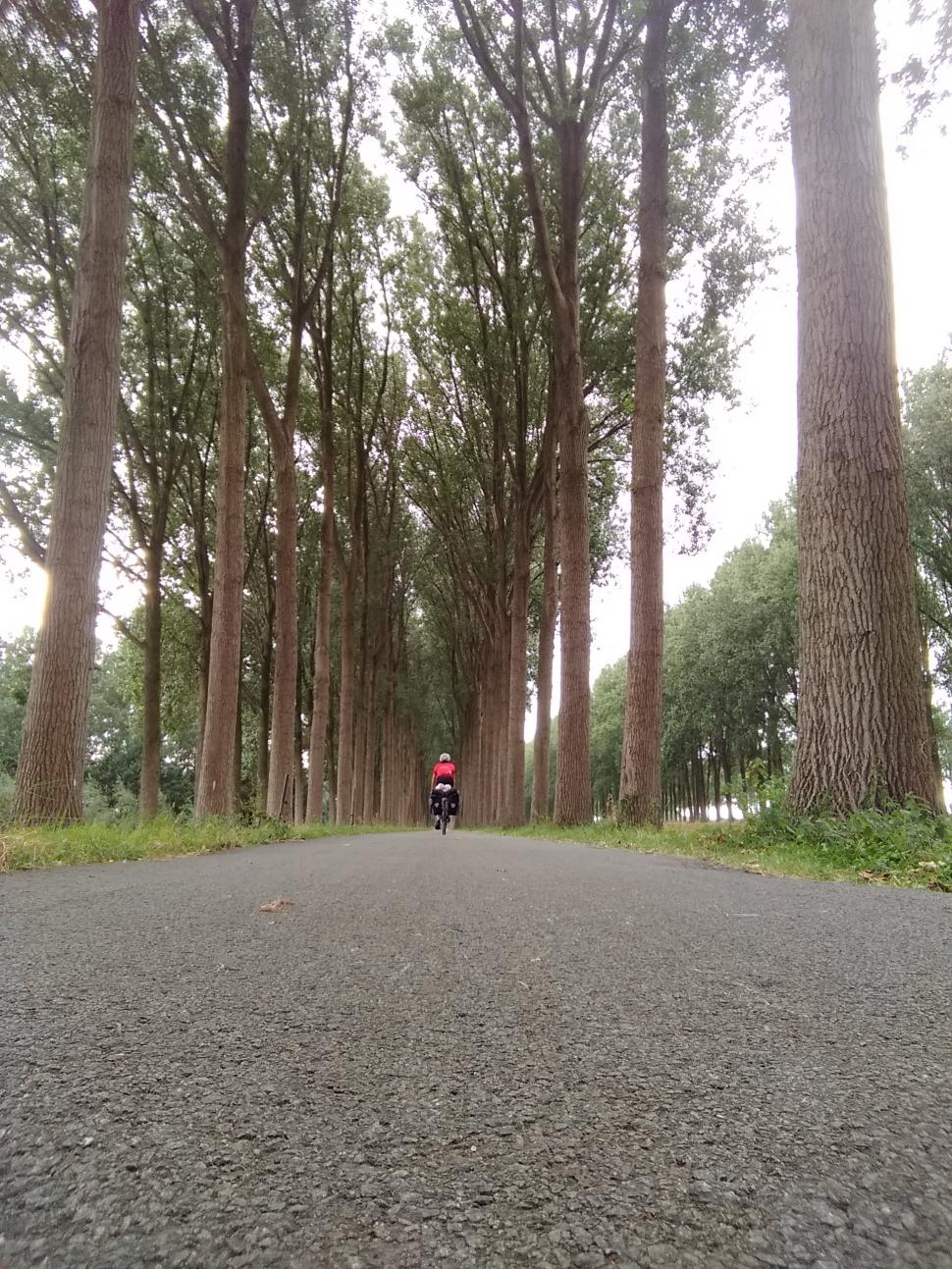 I continued north. There are some great routes along the rivers and canals that allow you to avoid Brussels and Bruges (if you want to). I took advantage of these as I rode away from ‘home’, picking up the water just north of Leuven and staying next to it until beyond Boom. I then used some well-signed cycle routes to get me alongside the Scheldt for more traffic-free riding. This was the flattest section of my tour by far. Being able to just spin the pedals without much resistance was appreciated. 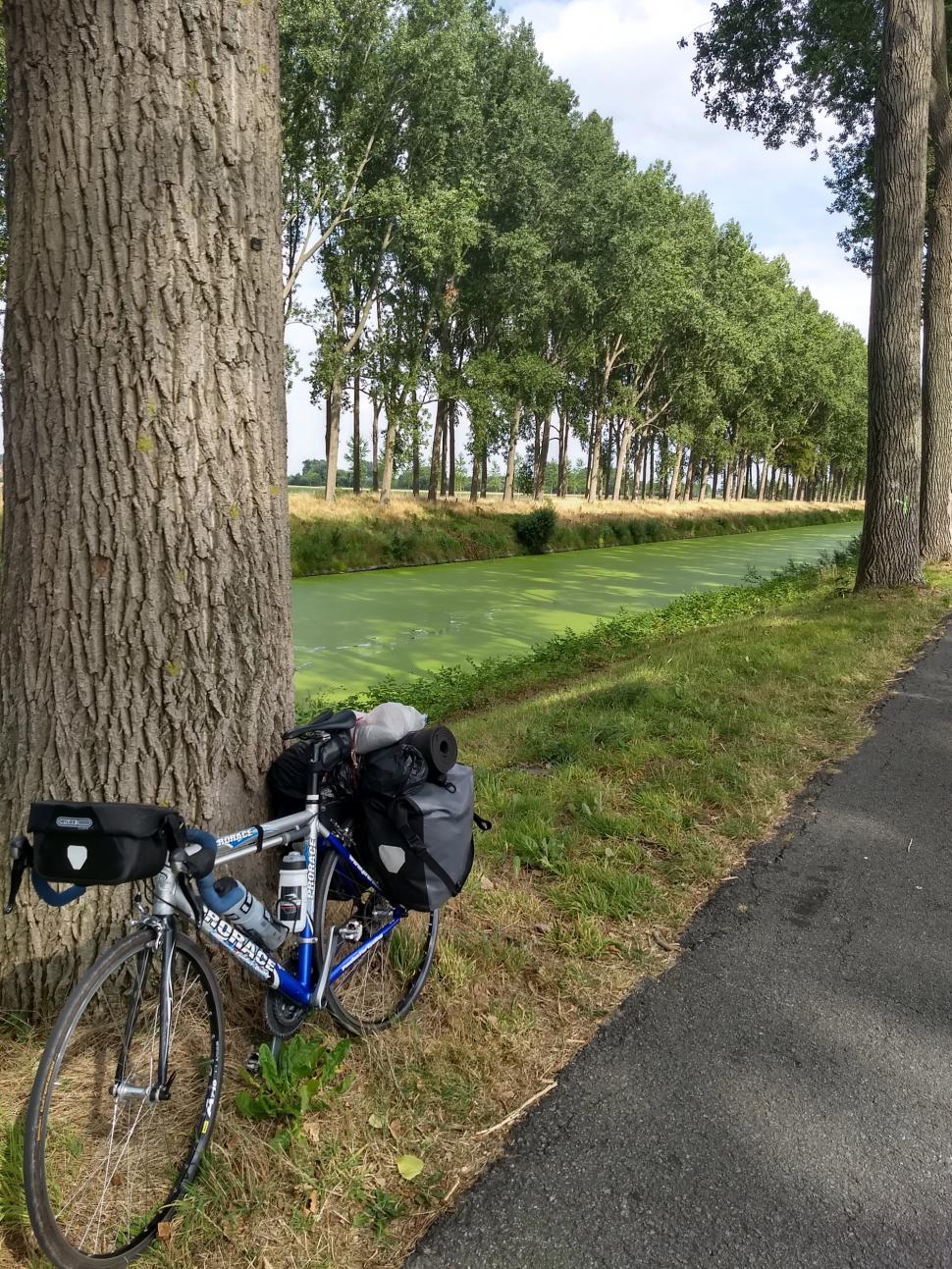 The cycle route running by the (green!) Schipdonk Canal took me straight to Zeebrugge. Riding by water is really calming and can relieve your brain from navigational duties for decent periods of time.

Options at the start and end of a tour are often numerous. I opted for an overnight ferry as the most convenient, hassle-free and (I hope) environmentally friendly option this time. It docked about 75km from my parents’ place, where I’d left my car before flying to Pula to start my tour. 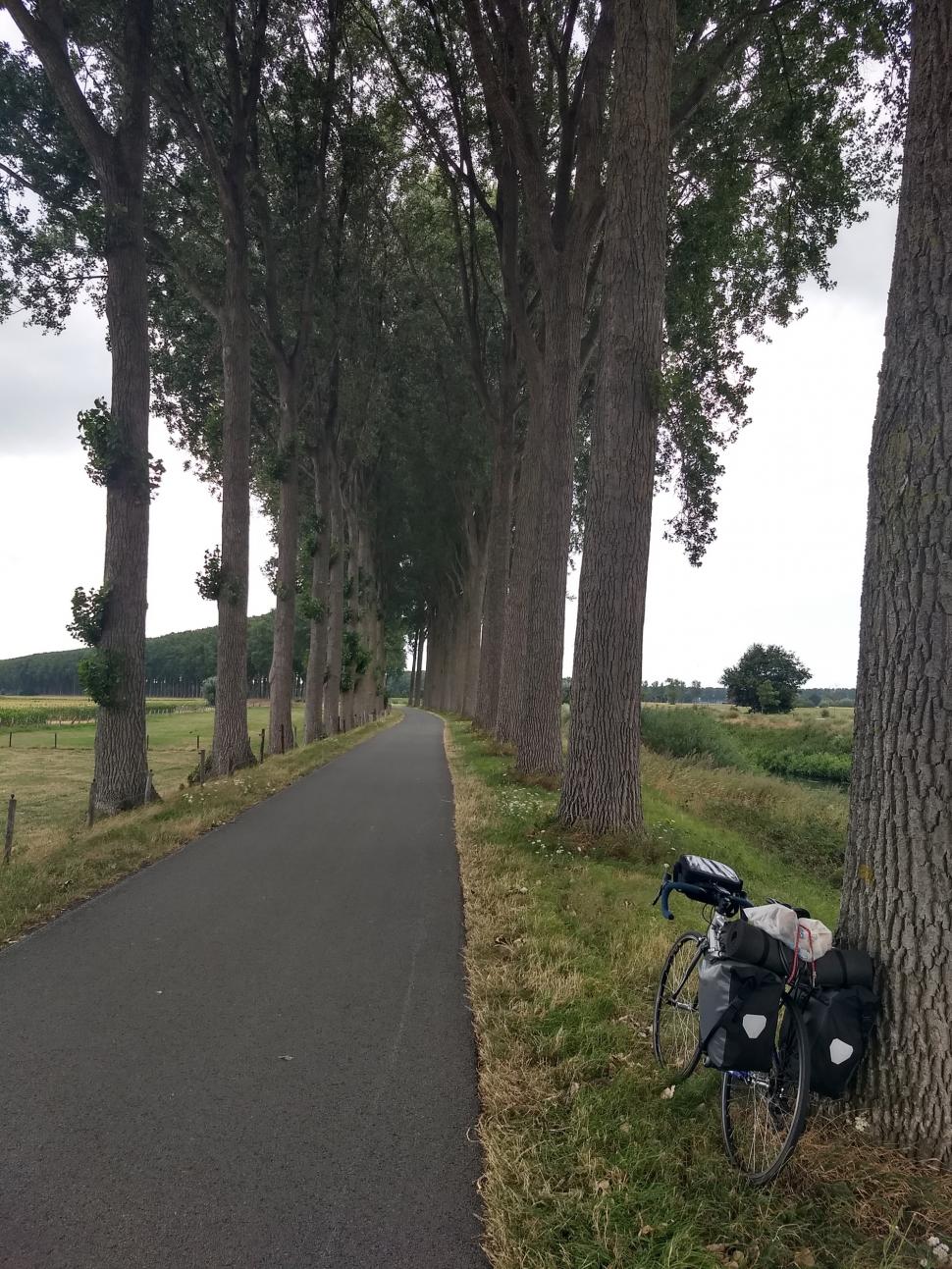 If you are thinking of doing one flight and one ferry, I’d say put the ferry at the end and the flight at the start; you’ll appreciate the ease of it all at the end of your venture. Don’t overlook Eurostar or the Bike Express coach service (book early). Or simply stay in the UK! My other tours so far this year have been in Scotland and Northumberland. They have offered routes and views to match many of those experienced in Europe. Maybe I’ll tell you about them someday!

When we docked at Hull the rain was lashing down. There’s nothing quite like a northern welcome! Navigating my way out of Hull wasn’t overly inspiring but within a few miles the sun was breaking through. I was strangely content to hit dirty English lanes, hunt out British cycle routes and stop off at a friendly, family-run garden centre for coffee and cake. 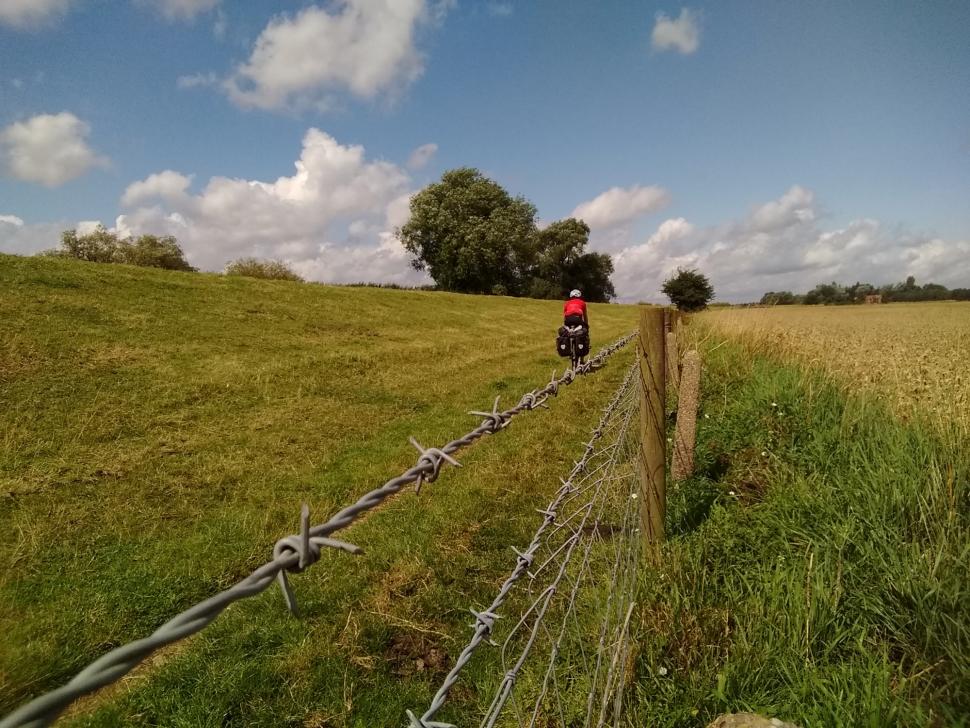 Like I said in Part 1, touring is what you make it so don’t look to emulate anything or anyone, but I do hope that I’ve inspired you to bungee some kit to a rack and hit the roads.

Check out the earlier instalments of my tour :