After fancy race bikes from Liam and Jamie, Dave has something a bit more old school
by Liam Cahill

In the latest edition of our Staff Bikes series, Dave takes us through his custom Dward Design single speed. It has some very nifty touches and clever design features along with some more questionable bodges.

The frame itself is constructed from a mix of Columbus and Dedacciai tubing, assembled by Ed Mason, who actually used to review for us on road.cc. After a period of frame building, Ed moved into making some very nice machined titanium parts, which are well worth a look if you’re after an upgrade.

The geometry of this bike is based on another bike that Dave owns, his much loved Kinesis Tripster ART which has seen action as a touring bike, a cyclocross racer and even a winter hack. 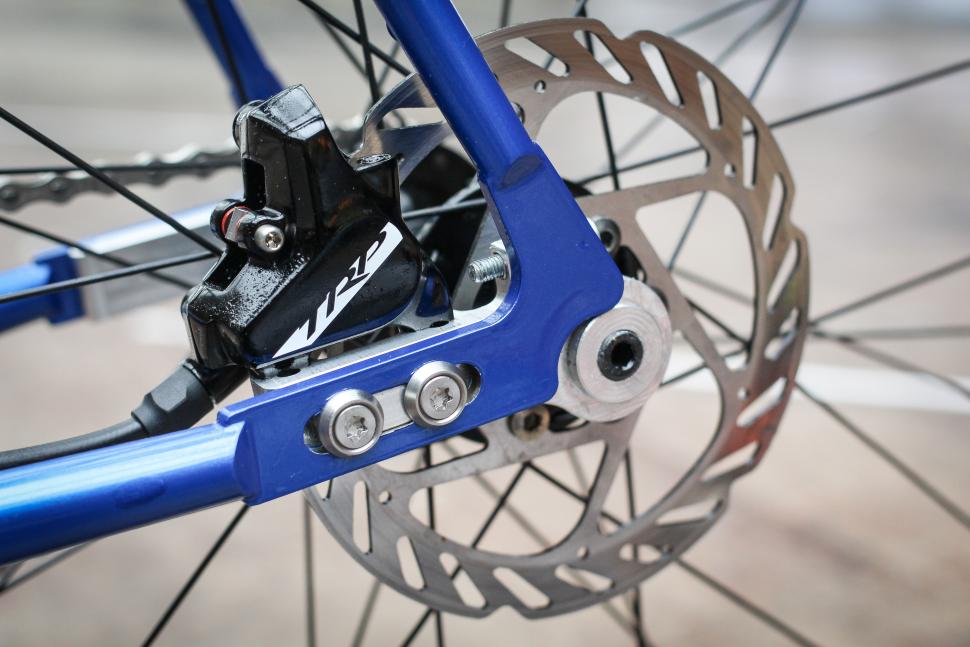 Dave had a few other things on his wish list when he was dreaming of this bike. He wanted disc brakes, because, in his words, “they’re better.” The bike also had to use thru-axles as this would give Dave a better selection of rims and hubs in the future.

The fork is a carbon model that comes from the Tripster and the headset, which gave Dave a few issues, is from Nukeproof.

One of the best mechanical solutions comes when you get to the dropouts at the back end. A single speed chain is tensioned by moving the rear wheel. Yes, you can also do this with an eccentric bottom bracket, but you open yourself up to a world of issues with mystery creaks, so Ed came up with a better solution.

He designed and built a set of machined aluminium dropouts, allowing the disc mount to travel with the rear hub. Very clever. 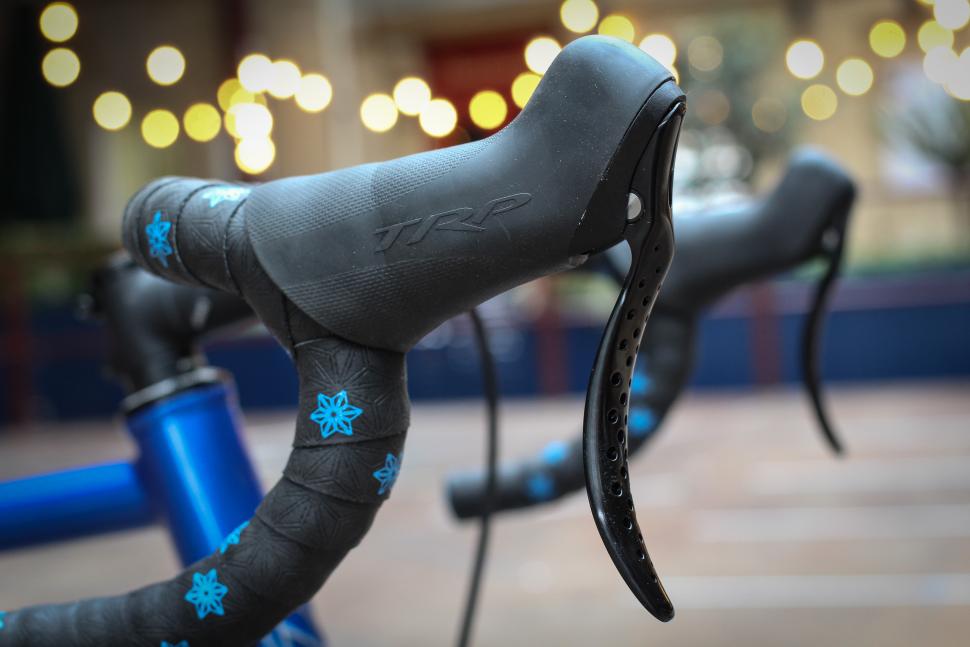 A threaded T47 external bottom bracket has served Dave well with no issues, and the Kinesis Fend Off mudguards also cause him no fuss.

Dynamo lighting is really useful for the audax riding that Dave sometimes does, and while he did forget to get the wiring routed internally, he solved this issue with some Di2 external routing conduit.

The wheels are Hunt 4 Season Superdura Disc rims laced to a Sondelux hub at the front, and a Paul Components single speed hub at the back.

What's a fixed-gear bike good for? Should you buy a fixie?

The lights match the front hub, coming from Son. The Edelux II lights the way ahead while a matching rear light is mounted to a special bracket to fit the mudguard.

The theme for the finishing kit is stuff that was knocking about in Dave’s shed. We think that this bike is an absolute cracker, but what do you think? Let us know in the comments below.