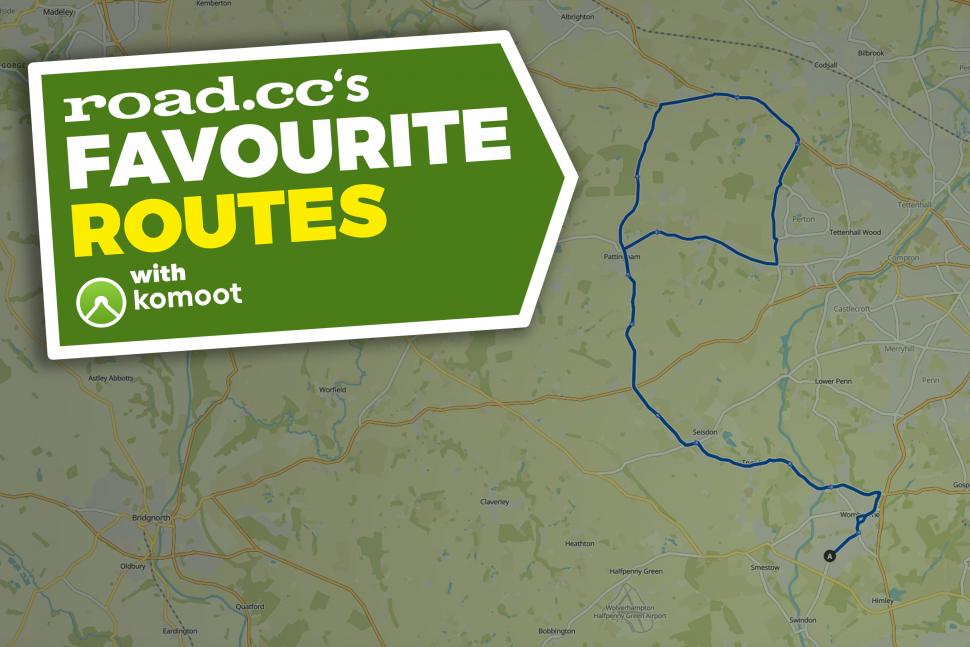 This month Jack shares his afternoon loop that extends slightly beyond lunch hour, with a few lumps and bumps along the way
by roadcc staff

As promised, after back-to-back South East editions our komoot route this month takes us to South Staffordshire, where Jack can often be found sneaking out for a cheeky extended lunch break on this undulating 23.3 mile (37.5km) loop. Thought this part of the country, a few miles from the city of Wolverhampton, was flattish and lacking wide open spaces? Jack talks us through the route...

> Get started with komoot
> The road.cc team’s favourite routes on komoot: Anna’s 'flying visit' from Lindfield to London

"Having recently moved back to South Staffordshire temporarily from Bristol, I did think I'd miss the hills of Somerset and epic scenery; but at some point I forgot that there's some pretty stunning places to ride around where I grew up, none more so than this loop I've made for myself on the edge of the Black Country.

That's right, this part of Staffordshire is actually more synonymous with the West Midlands. The locals talk in thick Black Country accents, footballs teams of choice are Wolves and West Bromwich Albion... not Stoke City, which is more than 40 miles north. Enough of the geography lesson, let's talk about the route!

Departing from the village of Wombourne, I do a little loop around the village before heading out via a quiet road that crosses the River Stour. After this you're on Bratch Lane, which is usually traffic-free at the time I head out and for me is the start of feeling like you're properly out in the countryside.

From here you pass the quaint little village of Trysull, and it's more quiet country lane before you find yourself in the equally pretty village of Seisdon. I take a left and then a right onto another lane that heads up towards Pattingham. You have to cross the A454 Bridgnorth Road halfway, but again it's rarely busy if you avoid peak commuting times.

After crossing the A454 you find yourself on Clive Road, which is pretty fast heading north... but then you reach one heck of a hill that is about 700m in length and tops out at 14%. It's a lung-busting climb and there's not much of a descent on the other side, it's steady as you roll in to the village of Pattingham and then over onto the very secluded Pattingham Lane.

The next three miles of the ride is probably best avoided if you're on a weekend bimble, as I then loop back on myself via the A41 to get back to Pattingham via Perton. The A41 is fast and smooth and so not so bad for traffic when I ride it, but it's not massively pleasant at peak times. For a longer route at the weekend that avoids this road I would continue through Codsall Wood and onto the villages of Bishop's Wood and Brewood, returning through Codsall and Perton. One of the roads through Codsall is also part of National Cycle Route 81 that stretches from Wolverhampton to Aberystwyth, so you'll likely see a few tourers on Saturday and Sunday mornings. 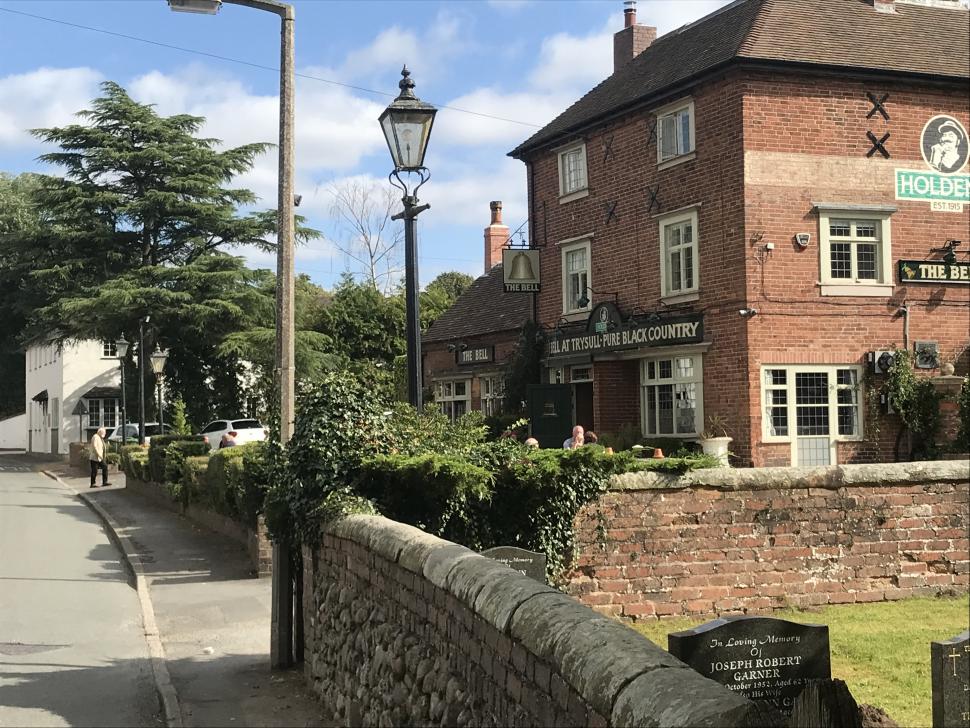 After the A41 part of the ride and the little jaunt past Perton it's back the way you came; it feels quite satisfying descending that 14% hill knowing there's not much incline left before the finish. From the Bridgnorth Road junction back to Trysull is a fast three miles or so, and The Bell right in the centre of the village is a lovely old pub if you need to refuel. From Trysull you can also extend the ride further by heading south to Kinver, (just over eight miles away) where you'll find some seriously hilly terrain if that's what you're after.

I'll likely be moving away from South Staffordshire in the coming months, and have told myself that before I leave I will actually ride this route in an hour; although that will require me getting much better at cycling again, because on a very good day it currently takes me closer to an hour and 10! For now, I'll just have to keep extending those lunch breaks and hope my colleagues don't cotton on too often..."