Subscribe
Back to Features
feature
Culture
How to
Tech 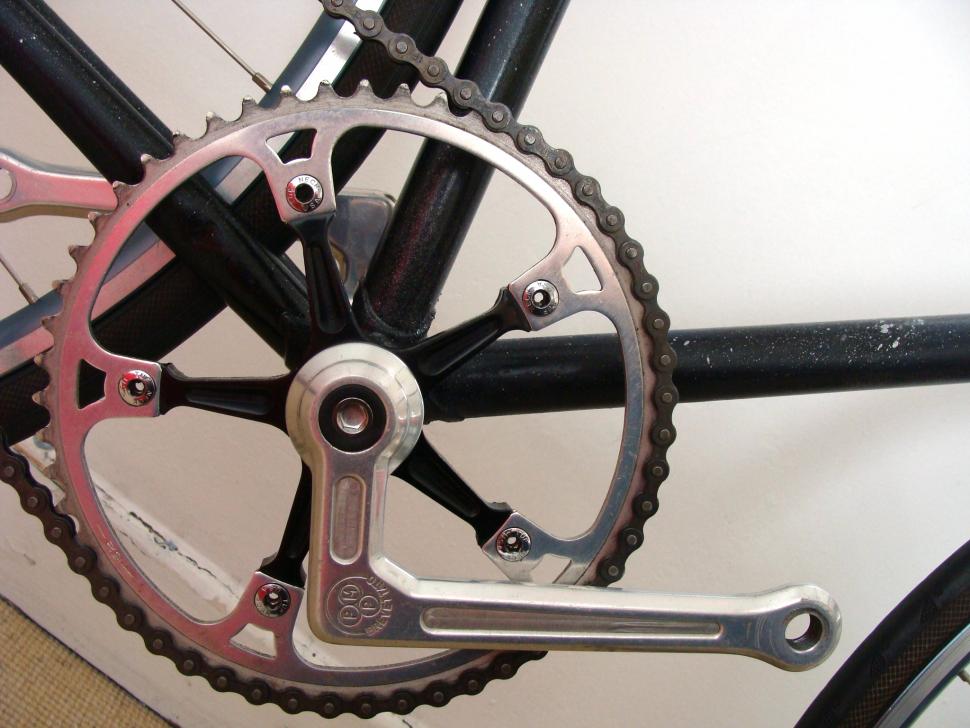 They were claimed to eliminate pedalling dead spots — but did they work?
by John Stevenson

Image: PMP cranks by robadod from LFGSS [This feature from the road.cc archive was last republished on October 15, 2020]

We take a look at one of the more bizarre technical aberrations of recent history: the wackiest cranks ever made.

In 1981 Cycling Weekly magazine published a favourable review of an unusual new crank. The magazine gave a set to “a first-category Surrey roadman to try them out.”

The write-up said: “He fitted them in March and although our test is now over they are still on his best road bike. He has come to prefer them to orthodox cranks.”

CW’s tester “enjoyed the ‘feel’ of the cranks and reported that the slower his pedalling speed the more advantage he felt, which is perhaps why they are finding favour with big-geared time triallists.”

The tester told CW: “I didn't just get the power on the downward strokes of the pedals but all the way round the pedalling revolution as at low pedalling speeds dead centre seemed to be removed. This helped me keep a steady rhythm particularly when sitting back in the saddle climbing hills.”

He didn’t feel the same benefit when pedalling quickly in a low gear, though.

CW concluded: “So there is the verdict, whatever the theories, in practice our roadman tester felt the PMP cranks offered an advantage – and surely that is the true criterion.” 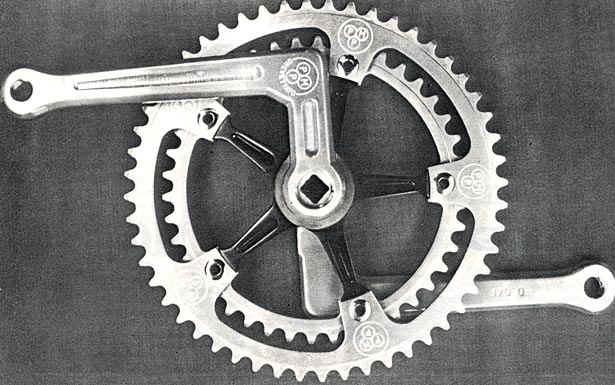 An early publicity shot of the PMP Brevettato cranks

That crank was the PMP Brevettato. Its unusual (but, as we’ll see, by no means unique) feature was a right angle bend about a third of the way between the bottom bracket axle and the pedal.

PMP made some interesting claims about the Brevettato cranks. They included:

Bold claims, and with Cycling Weekly’s Surrey roadman finding they eliminated dead centre, you have to wonder why the design isn’t now ubiquitous.

An ad for PMP cranks.

A crank is a lever. The torque you generate when you load up the end of a lever depends on just two things: the force you exert and the distance between the point where that force is applied and the pivot.

Nothing else matters, especially not the route the lever takes between the two points. It can be a straight line, a right angle bend or any other shape; it doesn’t matter. All you achieve by making a crank any other shape than straight is to add weight and flexibility.

PMP cranks were even marked with the distance between the crank and pedal holes. As the Bicycle Museum of Bad Ideas remarks: “somebody at PMP understood it was simply an odd way to make a 175mm crank”.

Pretty much everyone who was paying attention in physics at school pointed this out at the time, but that didn’t stop a fad for PMP Brevettatos, especially among time triallists.

Even the great 80s time triallist Ian Cammish used them. Cammish, who won the Best British All-Rounder contest nine times in the 1980s, mentioned them when he tried to sell one of his 1983 bikes on eBay in 2013.

“Unfortunately the PMP cranks cracked a long time ago,” he wrote.

They had a bit of a reputation for that, though to be fair so did many other high-end cranks of the era.

Perhaps because of these reliability issues, and because not many were made in the first place, PMP Brevettato cranks are now rare and collectible. The most recent set I’ve seen on eBay went for US$400 — almost £300.

The bike industry has a serious problem with knowledge loss, which leads to people who really should know better reinventing bad ideas over and over. The PMPs weren’t the first non-straight cranks (the earliest seem to have been in 1897), nor the last. Like the monster lurching back to life at the end of a bad horror movie, wonky cranks keep coming back.

Want to make people go “What the hell?” get yourself a set of dpardo Sickle Cranks: 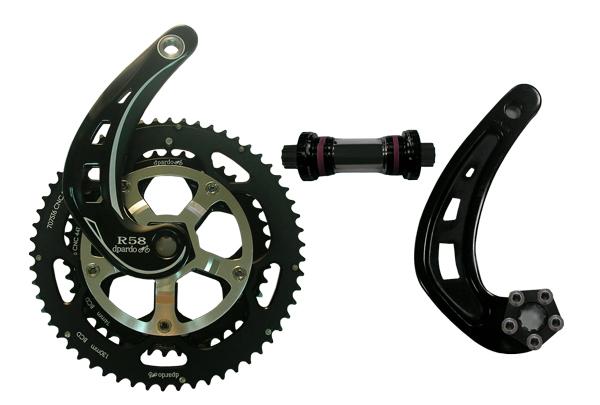 It’s not at all clear what advantages dpardo claimed for this design. PMP had a slight case of ‘Campagnolo spoken here’ Italglish, but dpardo really needed to get a native speaker of English to write its marketing copy. It says — and I swear I haven’t changed a letter of this:

The craziest recent reappearance of wonky cranks has to be Z-Torque cranks, which came and went between 2010 and 2014. 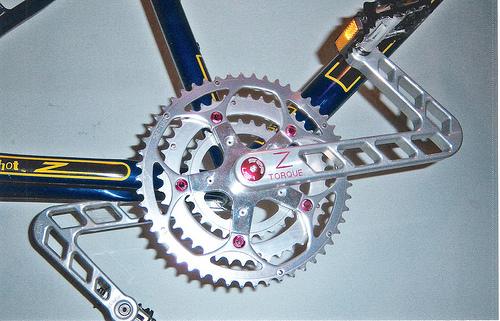 The shape was claimed to have come to inventor Glenn Coment in a dream. He bent a wire coat hanger into the same shape and “when he revolved it in his hands he found that this crank assembly was different from any other crank assembly ever made. Except for top dead center and bottom dead center, this crank had no dead spots. He was amazed. And in future testing would find that during a rider's maximum effort, power increases at a bikes rear wheel of 20-25% were possible.”

If true, that would be little short of astounding.

However, the Z Torque was really just another crank that connected the bottom bracket axle and pedal by a circuitous route, with an extra problem baked in.

As you can see, the long arm of the V shape, is really, really long. Imagine trying to pedal while banked over hard in a corner and you can probably explain why Z-Torque cranks were never even as popular as PMP Brevettatos.