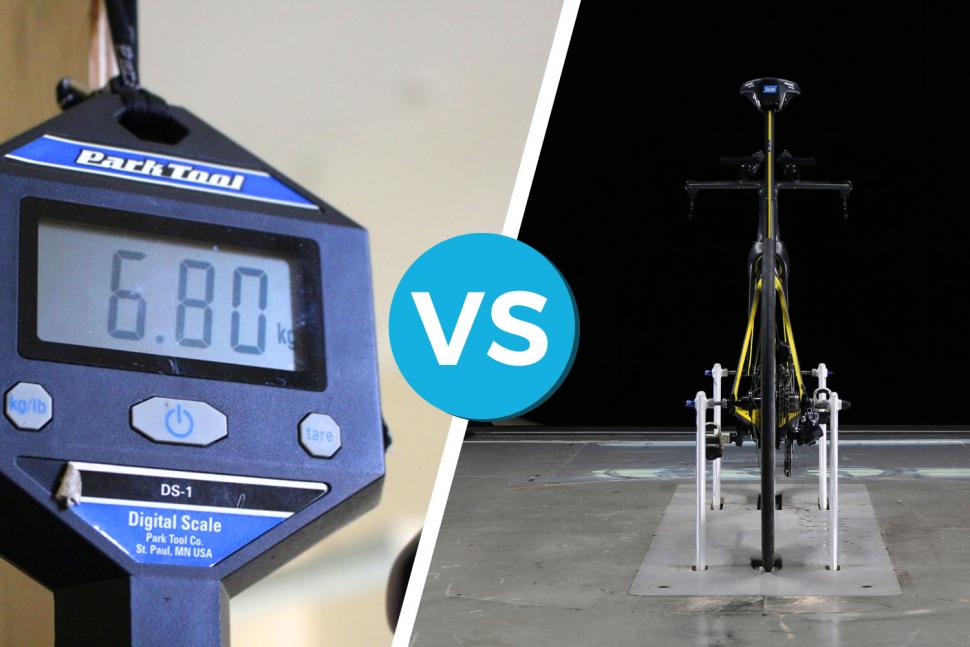 Lightweight v aero: which is best?

If you want to ride faster, should you go for a lighter bike or one with less drag?
by Mat Brett

When it comes to choosing a new bike or upgrading your components you’ll often face the same decision: whether to go for light weight or better aerodynamics. Which offers you the greatest advantage?

Some lightweight bikes, like Specialized’s new Tarmac, blur the boundaries with aero features, and many aero bikes are pretty lightweight, but the point remains that you can’t have everything. So which should you go for, a lighter weight or better aerodynamics?

Find out about the new Specialized Tarmac here.

When Merida launched the second version of its Reacto aero road bike (it recently launched the third incarnation, pictured below) it employed some outside scientific consultants to analyse the stages of the previous year’s Tour de France, and they concluded that there wasn’t a single stage where the lightweight Scultura SL Team (which has since been updated) offered an advantage over the more aero Reacto.

Merida’s Head of Design, Jurgen Falke, said, “Bike weight is only relevant for acceleration and very steep mountains. The influence of the weight is the most overrated issue [in] road bikes.” 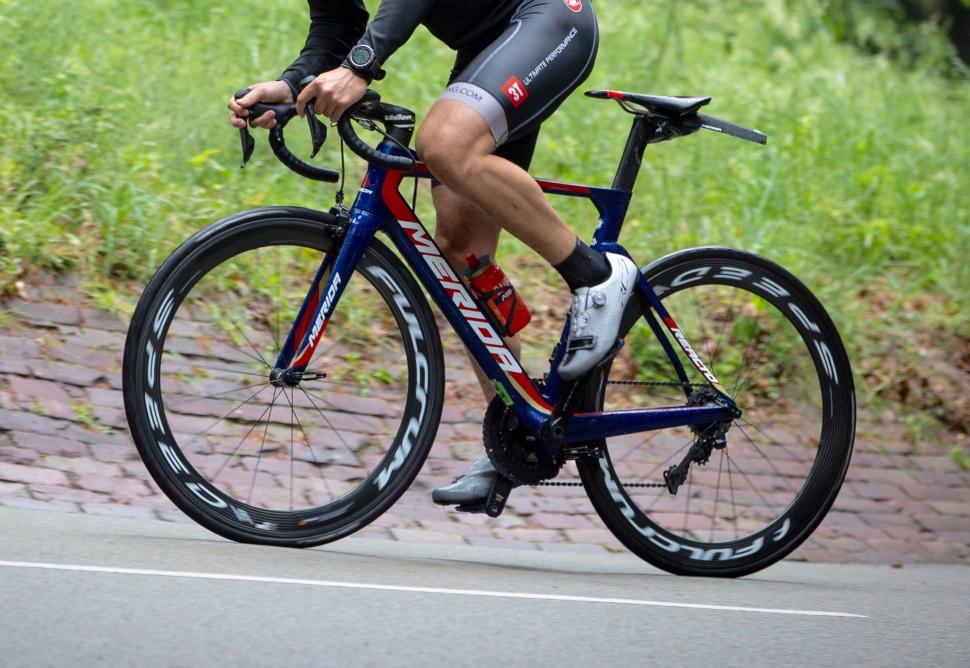 Why? Perhaps because weight is so tangible. Pick up a bike and you can immediately tell if it’s lightweight or not. We all do it. These days we might have a vague idea of what an aero bike looks like but actually measuring aerodynamic efficiency is a lot more difficult. You need a wind tunnel and/or CFD (computational fluid dynamics) software. You can’t pick up your mate’s bike before a ride, whistle through your teeth and tell how aero it is.

Merida told us that if you were riding at 30km/h (18.6mph) on a flat road at a given power output, a 2kg reduction in weight would increase your speed by just 0.05km/h (0.03mph) – you’d go just 50 metres further in an hour of cycling. And 2kg is a big reduction in road bike terms.

In other words, it’s very difficult to save enough weight on your bike to make a significant difference when you’re riding at a steady speed on the flat.

Most of us don’t ride on the flat the whole time; what about when the terrain is lumpy? 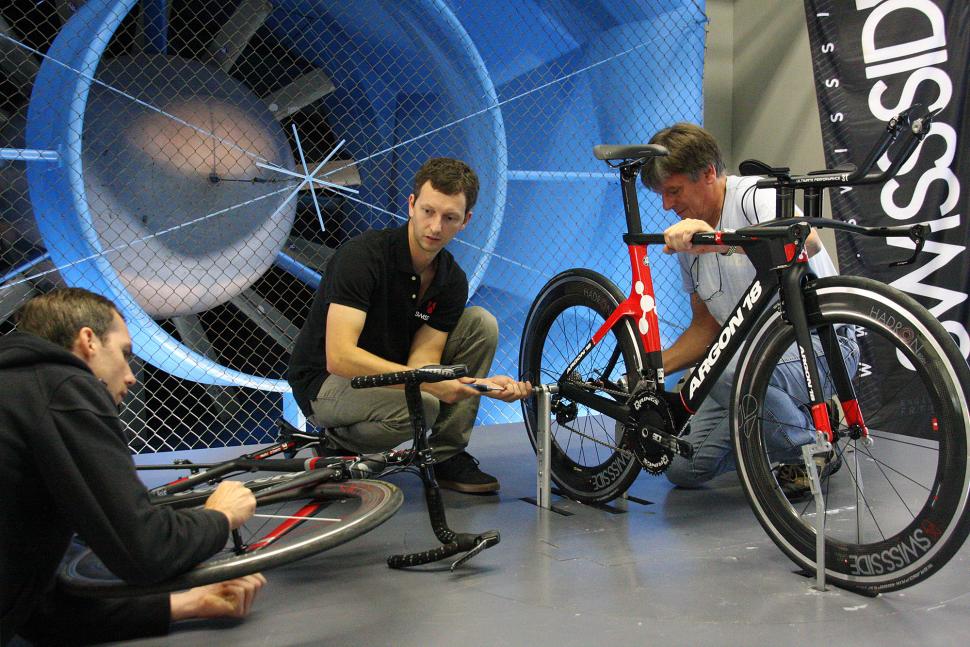 Wheel brand Swiss Side www.swissside.com feeds aero and weight data into a model that crunches the numbers for different types of ride profile and length, and then spits out the likely speed and timing penalties based on a reference ride.

It would add three seconds.

Aero gains are worth far more. On Swiss Side's rolling ride scenario, making an aero improvement of a given percentage will save you six times the amount of time you’ll get from a reduction in weight of that same percentage. On flat and rolling terrain it's worth going more aero and taking a hit in terms of weight.

Is there a tipping point where weight becomes more important than aerodynamics? Yes. According to Swiss Side, for an average rider weight gains will mean bigger time savings than aero ones if the ride has an average gradient of 4.5% or more. So if you’re racing a hillclimb, or you’re on a really hilly ride, then shaving off the grams becomes relevant. At other times, you’re better off focusing on aerodynamics.

“Ah,” you might say, “but I can sit in behind other riders when riding a non-aero bike on the flat and never get dropped. It’s on the hills where gaps most often appear so surely I want a bike that’s as light as possible to give me the biggest advantage at a time when I’m most vulnerable?” 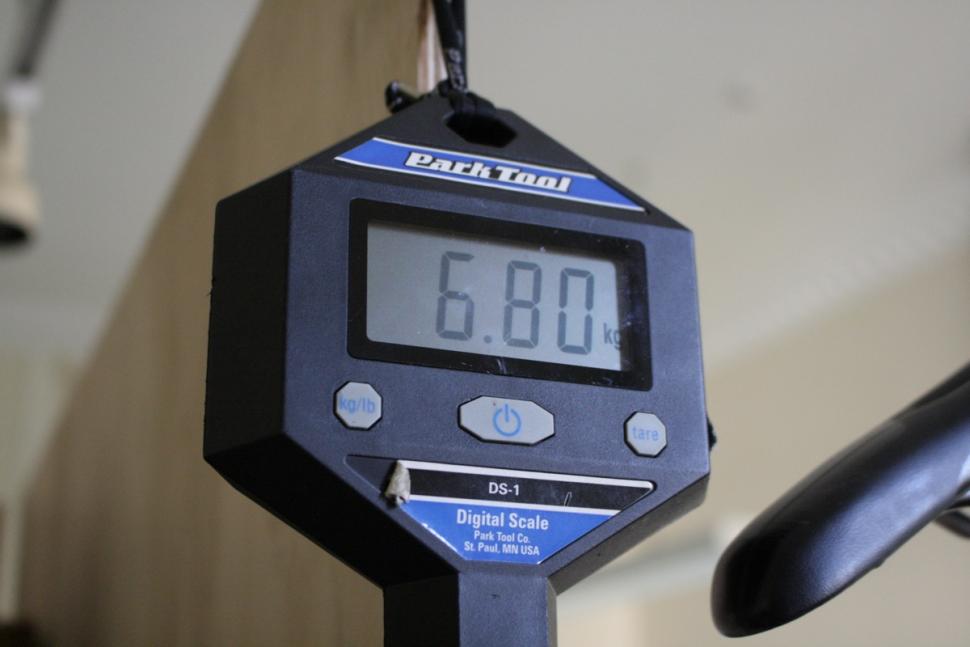 Chris Yu, Director of Integrated Technologies at Specialized – who you might have seen on videos from the brand’s Win Tunnel – says, “Races are dynamic and the calculation of which bike attribute to favour (in this case it’s aero versus weight) depends as much on the course and environment profile as it does on the race dynamics. This is something that we needed to take into account when working with our teams on equipment selection simulations.

“If there is a Grand Tour stage that is primarily flat but has a finishing climb with a short but extremely steep section, a simplistic calculation would likely always point to the most aero setup as the fastest (almost regardless of weight penalty, within reason). However, we know that the selection and time gaps are likely created on that short and steep section, so it makes more sense to bias the results of the tradeoff calculation to that segment (or even only compare weight and aero in that section).”

Makes sense although those are very specific circumstances.

Swiss Side’s Jean-Paul Ballard says, “There are for sure arguments to be had here. However, this only plays out if it is a mountain finish stage. For hobby riders, the average gradient where weight is more important than aero is 4.5% or more [see above]. For pro riders who have a higher speed, it is around 7.5%. Once you are doing more than 15km/h (9.3mph), the aerodynamic drag is the biggest resistance for the rider. At 35km/h (21.7mph) it’s four times more potent than the effects of weight. 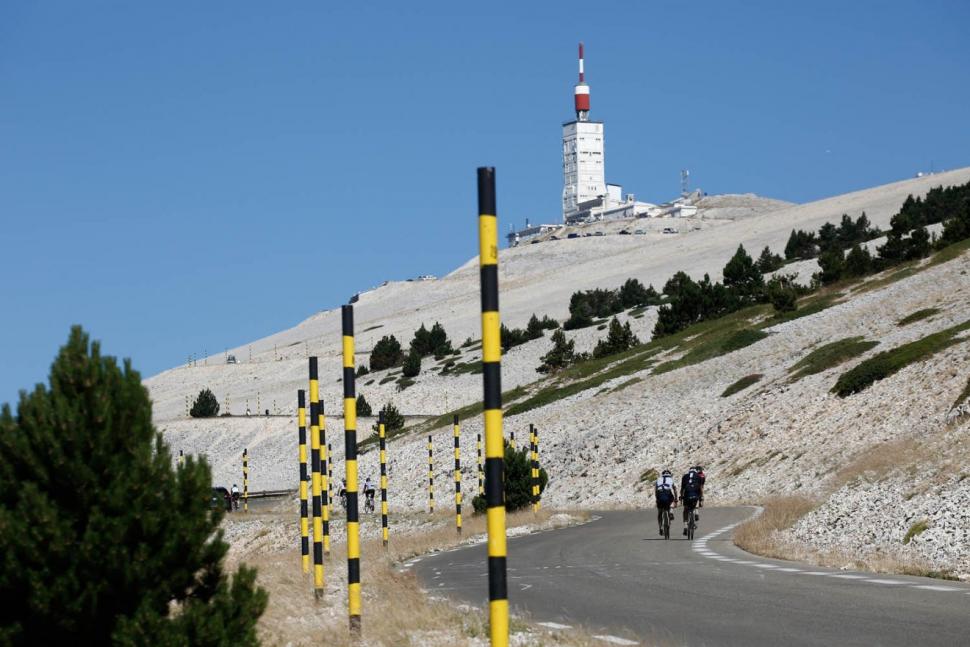 “So, back to this question; normally people share the lead riding so one could say that the energy level is the same. Once they break, they are out on their own. If they remain on a climb to the finish and the average gradient is on or more than the figure(s) above, then they are better off with the lightweight setup. However, if the gradient is less after their break, and the speeds increase again, then they will benefit more from aerodynamics than weight to remain in the lead and not get caught.”

Can you be too slow for aerodynamics to be important?

You might have heard people say that they don’t ride fast enough for aerodynamics to be important. There’s definitely a view out there that it’s only something you need to think about if you’re habitually gunning it. Indeed, we’ve heard people put a figure on it: aerodynamics only matters when you’re riding at 25mph or faster. Why 25mph in particular, we couldn’t tell you.

When road.cc’s Dave Atkinson visited a wind tunnel with the aforementioned Swiss Side he found out that the slower you ride, the more you stand to gain from fitting aero wheels, up to a point. The faster you go, the lower the range of relative wind angles you'll experience, Dave found out. Wind angles relative to the bike are usually referred to in terms of yaw. If you're cycling directly into a headwind the yaw angle is zero, and if you're at a standstill with a direct crosswind, it's 90°. When you're moving, the yaw is a combination of the wind speed, the wind direction and your speed. Straightforward stuff.

“Professional riders in normal conditions won't see anything over about 10°, whereas us sportive bashers and lower-category chuffers will see much higher yaw for the same wind, because we can't go as fast through it,” Dave explained. “It’s those higher yaw angles that see the biggest gains, up until about the 20° mark when the airflow detaches from the rim and you lose the aero advantage.” It’s true that drag increases massively at high speeds but it doesn’t follow that faster riders will benefit most from aerodynamic improvements.

“Faster riders generate more drag because drag is proportional to the square of velocity,” Swiss Side’s Jean-Paul Ballard told us. “But faster riders are also on the course for less time, and experience a narrower range of yaw angles. Through our simulations, we see that slower riders actually save more absolute time. They’re out on the road for longer and can therefore benefit from the aero gains for longer."

Don’t believe him? Plug your figures into an online power/speed scenario calculator like CyclingPowerLab’s and see how much difference dropping 1kg, say, makes to your speed at a given wattage. As well as altering weight you can play around with the average gradient and wind speed, and also with CdA (coefficient of drag). You might well be surprised at just how little you’ll gain in most circumstances by dropping bike weight.

So, that question we started with: will a lighter weight or improved aerodynamics offer you the greatest advantage?

Well, in certain specific circumstances (see above) a lighter weight will help most… but, unlike the pros, the majority of us don’t have the luxury of different bikes for different ride profiles. When we buy, we have to choose between light weight and aero. We can’t afford both, so we have to plump for one or the other.

“In general, I say that in more than 90% of cases (rides), you would choose the aero setup.”