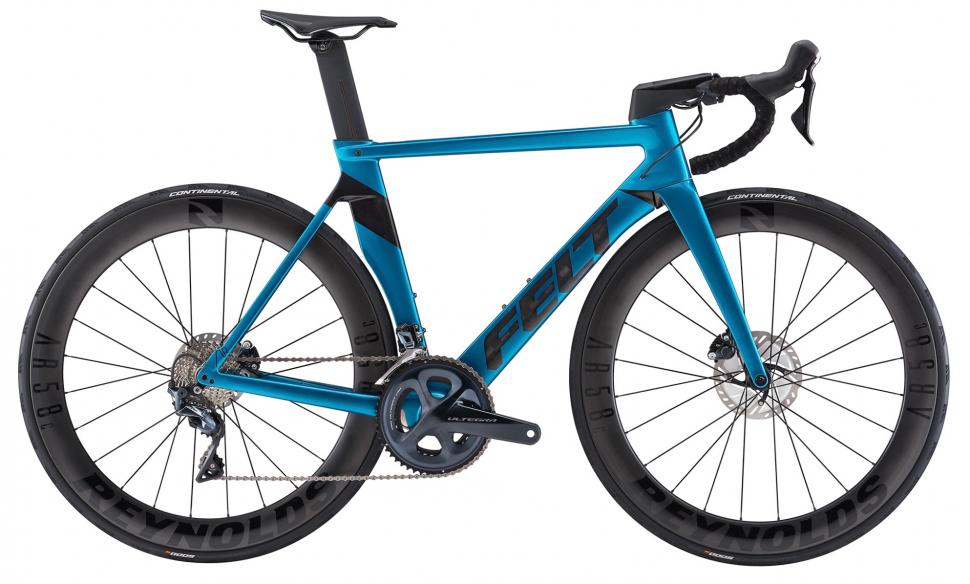 Felt’s updated AR was released early last year offering “a level of real-world functionality and integration that is ideally suited for all riders". The disc-brake only bike has clearance for up to 30mm tyres and promises to be a massive 9% faster than the previous AR in certain conditions. 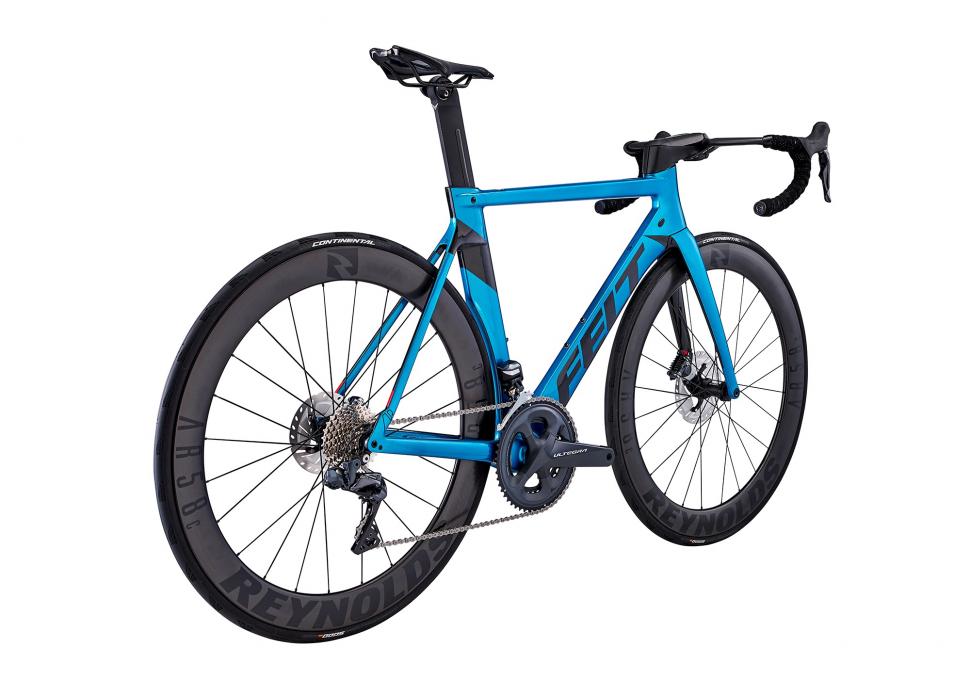 “Gone are the elongated, deep-section, teardrop shapes and hard edges that were previously thought to be the most efficient at slicing through the wind. The latest industry research and theories have shifted aero bike development towards truncated, squared-off profiles (sometimes referred to as "Kammtail" designs) that have been optimised for real-world riding conditions,” says Felt.

“As a result, thoughtfully designed bikes will perform better during the actual riding and racing conditions that cyclists encounter most often. As the performance benefits of this new paradigm have taken hold, we've seen validation of the speed gains ourselves.”

“Our development of the new AR followed these theoretical models and industry improvements with more deliberate, hands-on efforts to advance our own platform.” 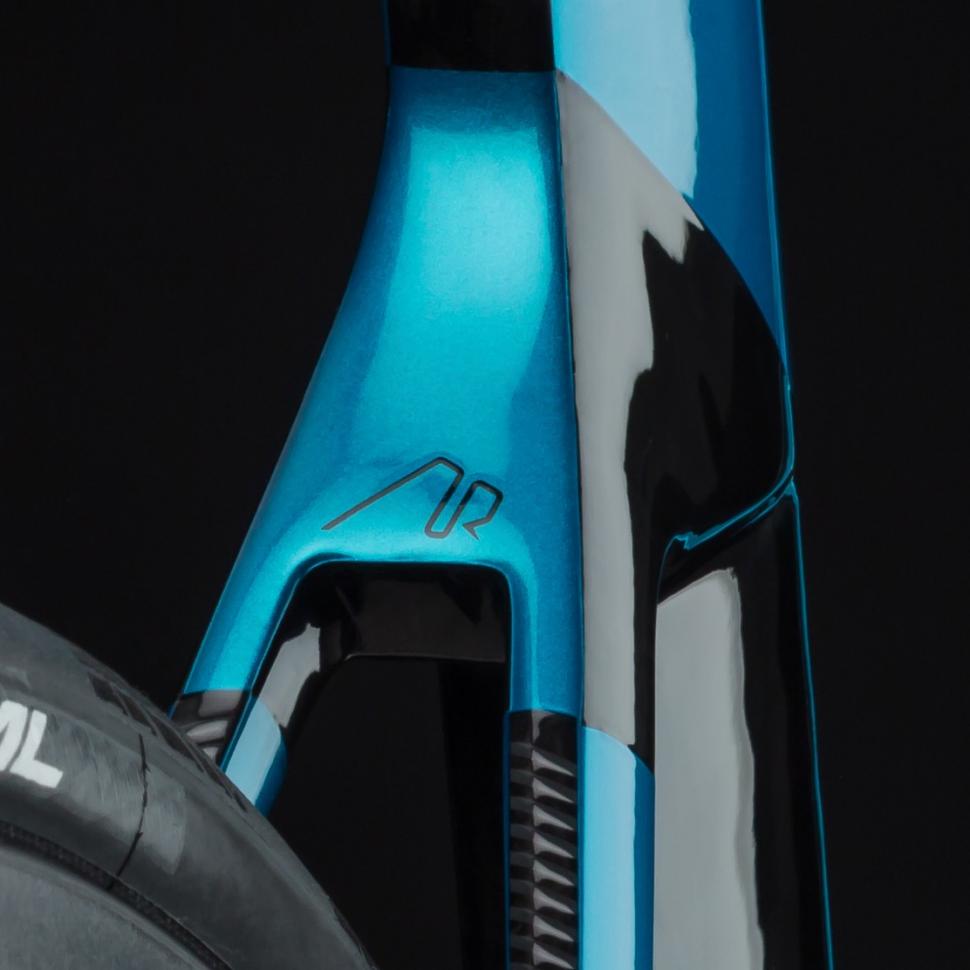 Felt developed the new AR with data that says cyclists spend the majority of their time riding in conditions of relatively low yaw (-10° to 10°). Testing the new AR in San Diego’s Low Speed Wind Tunnel against the previous version of the bike, Felt found:

Based on a weight calculation that takes into account the distribution of time a road rider spends at these ranges of yaw, the brand concluded that the new AR is 1.4% faster than the previous AR in “overall conditions”.

One interesting aero design point is the addition of ‘fish lips’ on the seat tube. 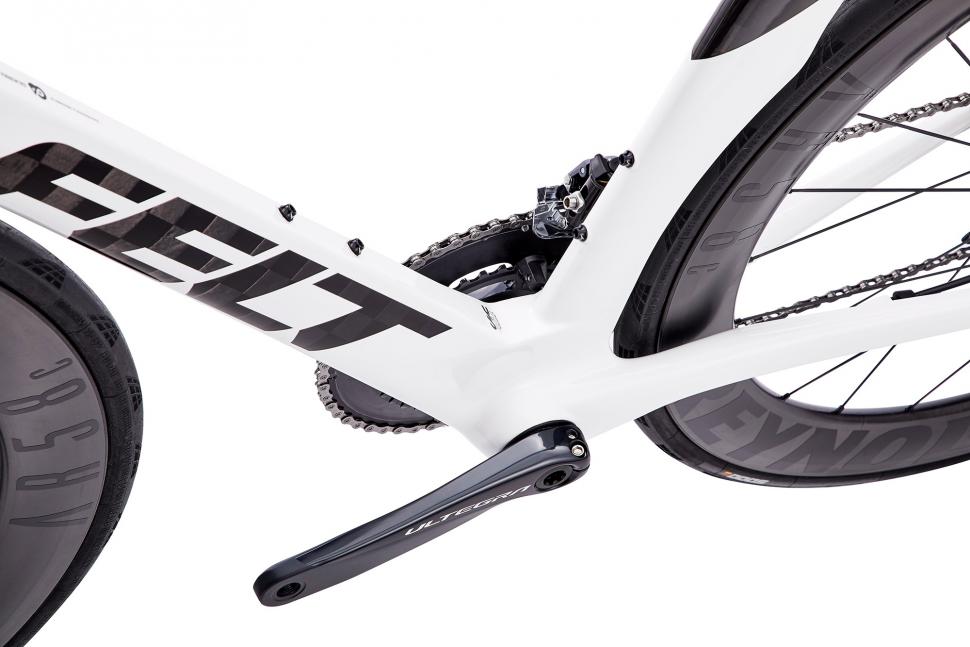 "It allows for more tyre clearance without creating a significant gap between the tyre and the seat tube, which would otherwise increase aerodynamic drag," says Felt.

"A frame without 'fish lips' on the seat tube can only be optimised for one tyre width [but] the AR can accept multiple tyre sizes, up to 30mm, while still having an efficient blended airfoil between the frame and the tyre/wheel assembly."

The AR’s new seatpost promises 112% more flex than the previous iteration. That’s an interesting revision for an aero bike. “Purists will say that an aero race bike shouldn’t be comfortable. But we disagree,” Felt says bluntly.

“This latest version still features the signature split design that not only allows for an aerodynamically optimized interface between the post and the seat tube junction, but the two halves of the post flex and shear independently of one another, which increases overall rider comfort,” says Felt.

The slotted seatpost design allows for the use of a proprietary clamping mechanism that is said to result in a lighter overall setup thanks to the use of thinner carbon walls, and a more finely tuned level of compliance for rider comfort. 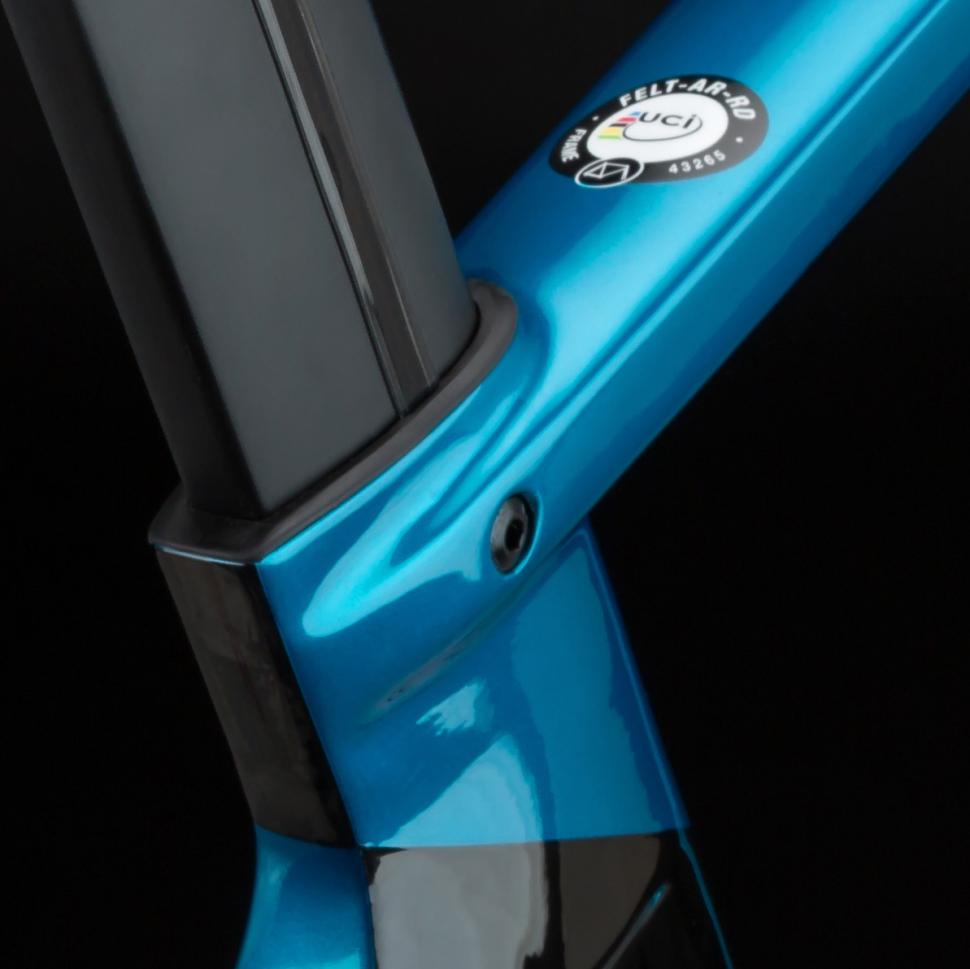 A co-moulded rubber insert has been included within the junction of the seatpost and seat tube for added compliance.

Alongside all of these ride quality benefits, the brand felt the need to ensure the aero bike was easy to live with and so deliberately choose not to aero optimise in all areas—this is why there’s no fully integrated front end.

"Because most of us do not ply our trade racing on a professional cycling team and have an army of world-class mechanics to do the dirty work of bike maintenance, we committed ourselves to making the new AR the best possible bike for all riders, so we knew from the outset that the AR would have a traditional front end, with a separate handlebar and stem configuration, and without a fully integrated cable routing system," says Felt. 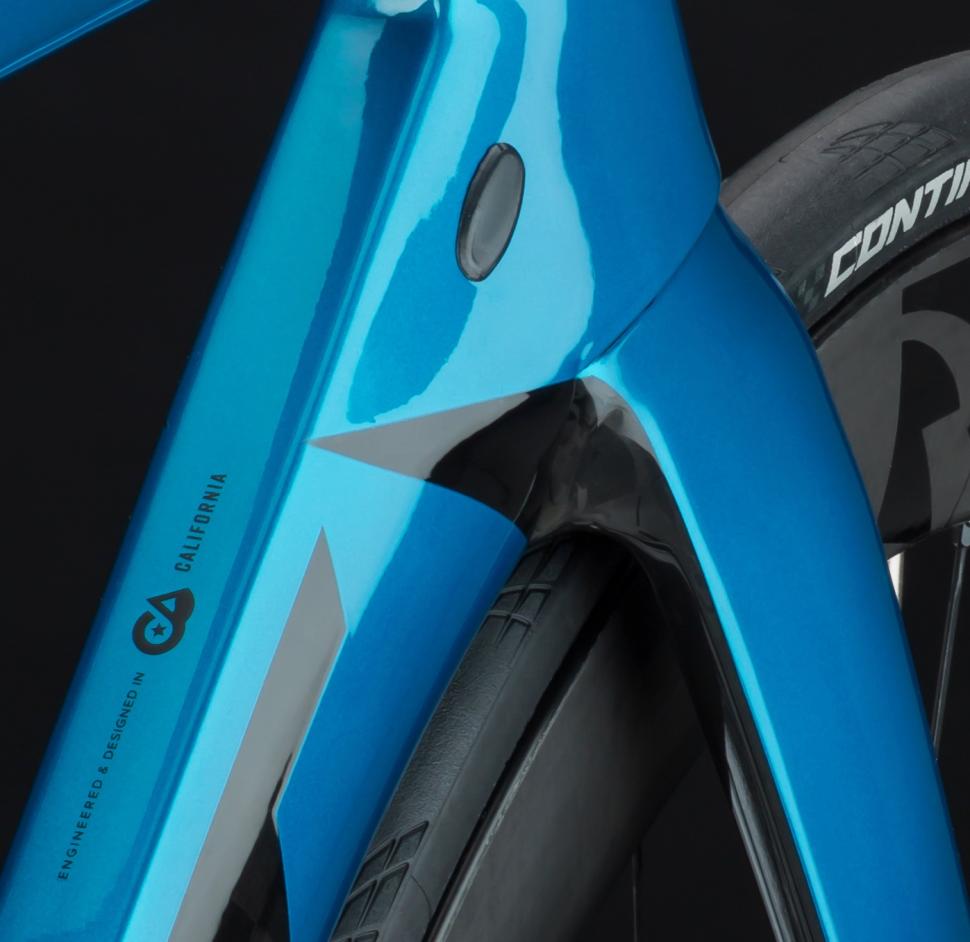 The cables have been routed under and through an oversized stem to tuck away from the wind without making maintenance process tedious or time-consuming. The stem can be removed without affecting the cables.