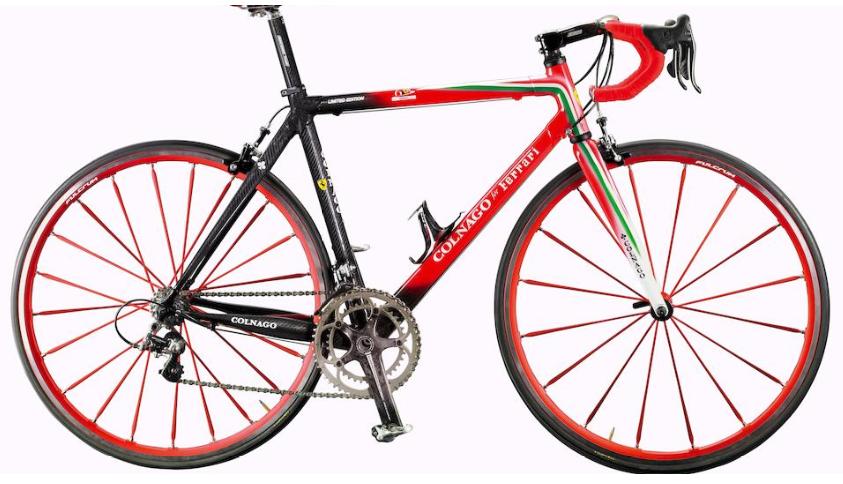 After discovering that police had recently recovered a stolen one and traced the owner, we look at this exceptionally rare Colnago x Ferrari collab from 2008
by Jack Sexty

On our live blog earlier this week, we featured an appeal from Thames Valley Police to find the owners of six high-value bikes that were found in Oxfordshire after the arrest of a burglary suspect. In amongst the haul was a very valuable Colnago/Ferrari road bike from 2008, released in limited numbers to celebrate the former's 60th anniversary... so we thought it would be a good opportunity to reminisce about this rare beast!

Following the arrest of one burglary suspect on Saturday in #Wallingford , Neighbourhood Officers went on to arrest...

Posted by TVP South Oxon and Vale of White Horse on Monday, December 7, 2020

We were also going to make this edition of Bike at Bedtime part-appeal, but thankfully police have since updated the Facebook post above to say that owners for all six bikes have been found. Onto the bike in question, then.. not to be confused with the first Colnago for Ferrari model from the year 2000, named the CF1 and with a carbon monocoque frameset, the Colnago for Ferrari 60th Anniversary Limited Edition is based on Colnago's C50, and features an Italian-made lugged carbon frame. The version in the appeal photo above has Ferrari-inspired wheels with red spokes, that are made by Fulcrum. According to various articles from the time there were only 199 of these versions made, and an even rarer example unveiled in late 2007 with Lightweight wheels was limited to a run of just 60 bikes. 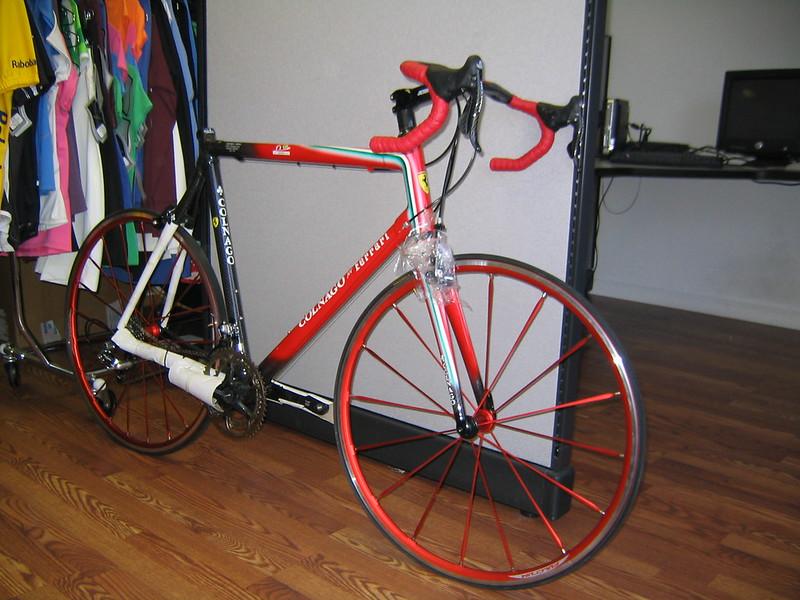 The paint fades from red to black with an additional green and white stripe, and a Ferrari logo adorns the head tube with an extra prancing horse and Colnago branding on the seat tube. The top tube tells us it's a 60th anniversary model, and 'Colnago for Ferrari' is emblazoned on the down tube.

In the UK the bikes were initially sold exclusively through Harrods; however a December 2007 auction for one of the Fulcrum-wheeled versions (according to the accompanying photo) valued the bike at between £13,000-£15,000. It's safe to say the owner of the bike recovered in Oxfordshire might feel like he/she owes Thames Valley Police a beer or ten.

Of course Italian finery features throughout, with Campagnolo's 10-speed Record groupset and a Prologo carbon saddle on the bikes in our photos, and in the video above. 11-speed Campagnolo Super Record was launched in 2008, and one of the bikes is listed on Steel Vintage Bikes with an 11-speed gruppo - but originally, they all appear to have been fitted with 10-speed.

The owner of the now-recovered stolen model looks to have added a set of Rotor Q-Rings, and has a more conventional stem and bar set-up; however in the video above and photo below, we can see the bike originally had a Ferrari-branded integrated carbon cockpit from FSA. 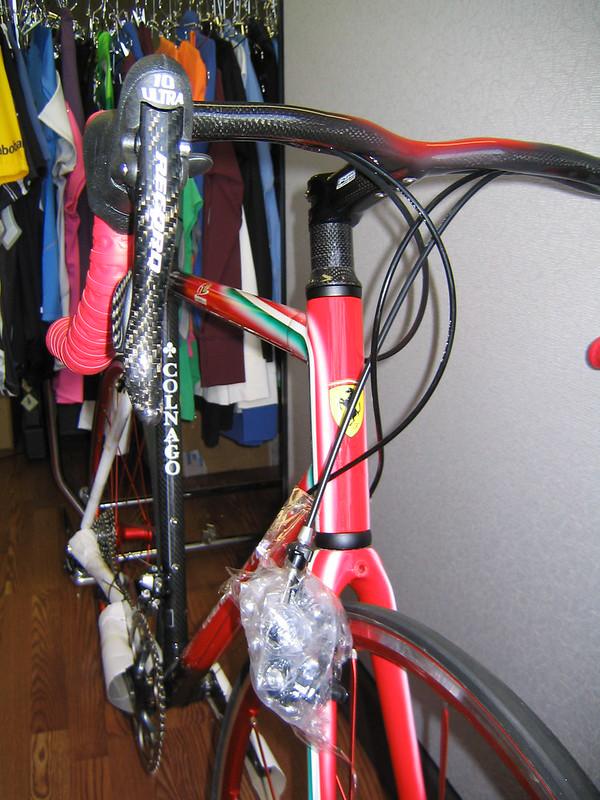 According to Steel Vintage Bikes, the full bike weighs in at 7.25kg, and also has a CNC-machined titanium bottom bracket shell to make it lighter and "a bit more special". This plus the oversized chainstays "deliver the brutal efficiency and speed of a red-lined Enzo", boasts Colnago.

If you're the very lucky person who was recently reunited with their very special Colnago for Ferrari 60th Anniversary bike... keep that bad boy under lock and key!