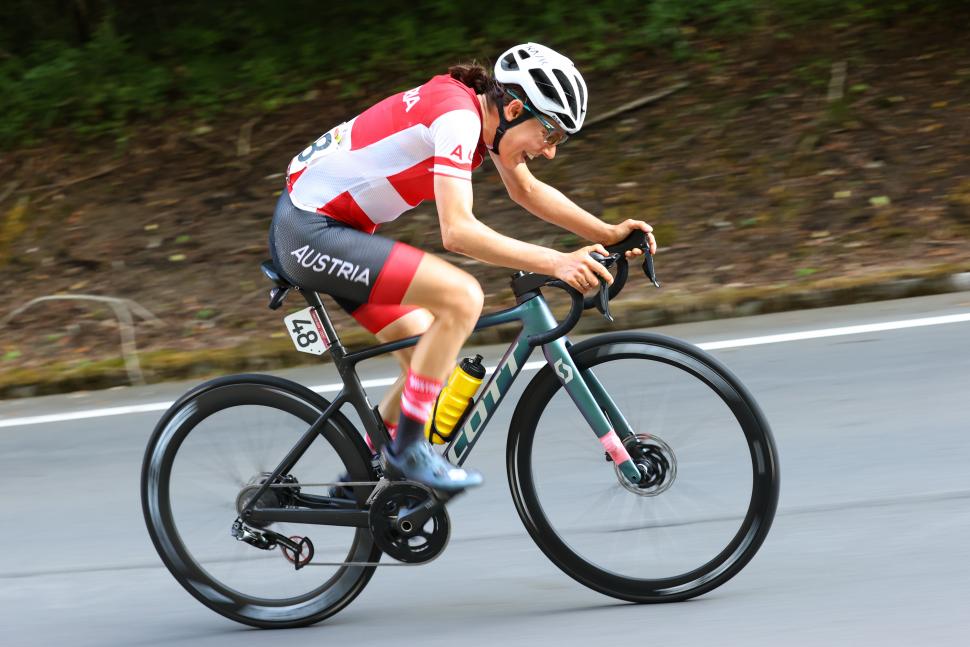 When Anna Kiesenhofer attacked at kilometre 0 during the women's Olympic road race last month, few gave the move much of a chance. Very rarely does the early escape make it all the way to the line, especially in major finals; but this one did, and Kiesenhofer took full advantage.

Her bike is an interesting one. Kiesenhofer last had a professional contract back in 2017 with Lotto Soudal but now races as an amateur, meaning she's not bound by sponsors when making her bike and equipment choices (that may well change due to her newly elevated status). When she's not racing, she's busy being a genius and has a PhD in mathematics - if you fancy a bit more light reading after you've finished this article, a link to her thesis can be found here. 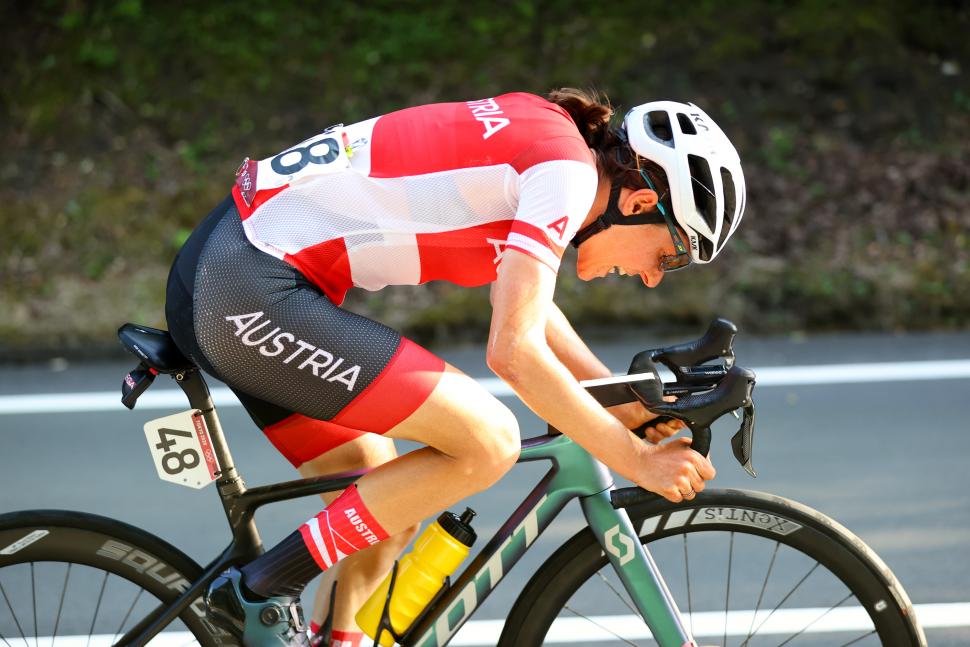 Her setup centres around a Scott Addict frameset. This is its do-it-all road racer with a focus on mixing a low weight for the climbs with a few aero tube shapes to keep things fast.

The front end of the Addict is fully integrated, but instead of using the standard Syncross bar, Kiesenhofer uses the Farsports Stembar F1. A Wahoo computer sits atop the integrated out-front mount. 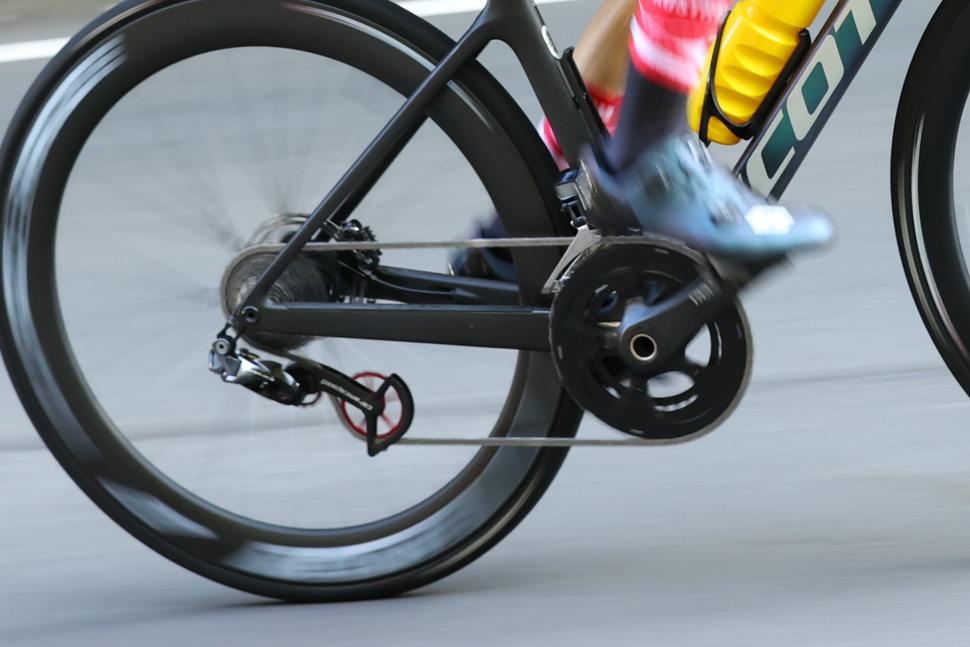 The Scott Addict is a disc-brake-only design and Kiesenhofer uses a Shimano Dura-Ace Di2 11-speed groupset with a few interesting changes.

Firstly, the chainset is not the standard Dura-Ace offering. This is a SRAM Red 11-speed model and could have been chosen to save a bit of weight. It could also be that Kiesenhofer simply owned the chainset already but whatever the case, it's not the power meter version. 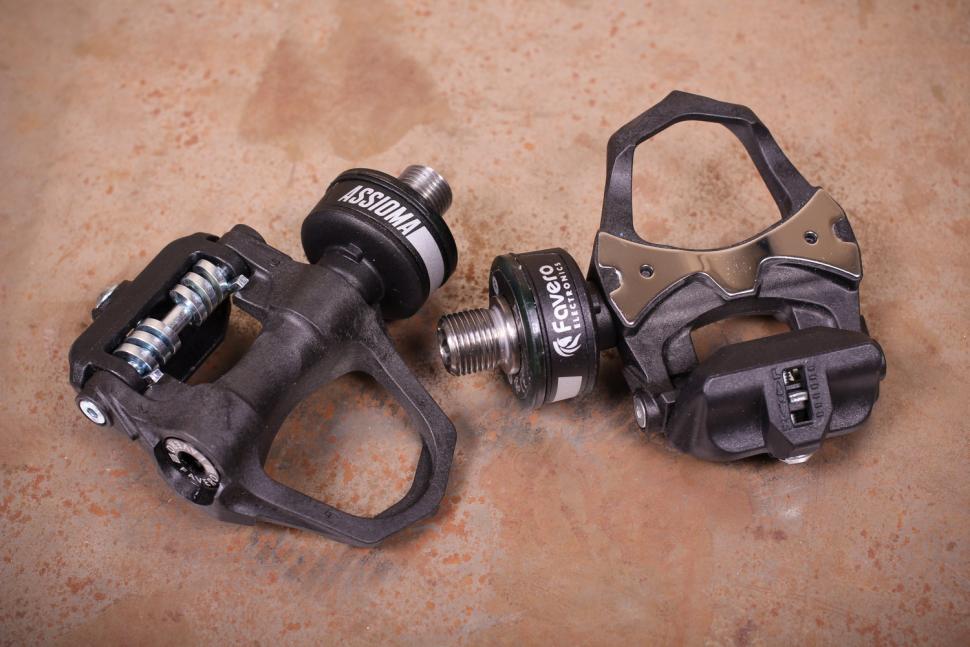 When we first published this article we weren't totally sure where her power data was coming from, guessing it could be the pedals... and it turned out that was right, as Favero has just confirmed Kiesenhofer was using its Assioma Duo power meter pedals during the race.

Speaking to Favero via video call, Kiesenhofer said she bought the pedals herself and had been training with them for a couple of years before the big race.

"We believe Anna is a great example to follow for her determination, self-confidence, and even humility for all those women and men out there chasing their dreams," said Favero.

"We are just happy to be part of her brave journey."

Another interesting change to the drivetrain is the CeramicSpeed OSPW system mounted to the rear derailleur. This is said to reduce drivetrain drag, saving a few watts in the process. She’s obviously a rider that pays meticulous attention to the details on her bike.

Wheels come from the lesser spotted Xentis in the form of the SQUAD 5.8 SL. Given that Kiesenhofer is using the Continental GP5000TL, we would assume that she has the tubeless-ready wheelset. Finishing the bike is a Specialized saddle.