In the first Six Affordable Pro Race Bikes feature we gathered together six bikes that are cheaper versions of the bikes raced by the professionals, and here are another six. In most cases, the frames are based very closely on those ridden by the likes of Bradley Wiggins and Mark Cavendish, but with a few changes so they're not quite as eye-wateringly expensive. No, these bikes aren't cheap, but they're more affordable than a 100% pro-level race bike.

So here are six bikes from Bianchi, Merida, Focus, Lapierre, Scott and BMC. The bikes share the same frame as those of the pros (though there is sometimes differences in carbon fibre layup and the type of carbon used) although they use less posh components and wheels to bring the prices down. The main point is that they share characteristics with WorldTour bikes. Prices in this roundup range from £1,495 right up to £5,500.

Italian brand Bianchi supply Vacansoleil-DCM with their top-end Oltre XR. As Mat found when he tested the bike, it’s a “lightweight speed machine that’s stiff enough to stand up to the most powerful sprinter”. You might want a Bianchi celeste version rather than the one pictured. 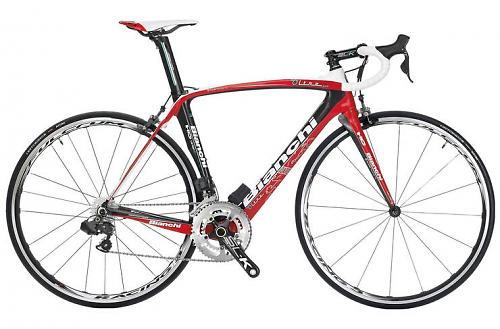 The Oltre XR, an update over the previous Oltre, was only introduced at the Tour de France last year and ushered in a few changes that led to it boasting more stiffness with less weight. It’s packed with the latest tech, an ultra high modulus carbon fibre frame with reinforcing carbon strips in key areas to increase torsional stiffness.

All this means it doesn’t come cheap. Bianchi offer the frame in six builds and the cheapest is the Shimano Ultegra Di2 model, which comes in at £5,500. Still, it’s £4,450 cheaper than the Campagnolo Super Record EPS model. The former comes with FSA K-Force carbon finishing kit, Fulcrum Red Wind XLR wheels, Hutchinson tyres and a Fizik Antares saddle.

2013 marks the arrival of Merida into the pro peloton, one of the largest bicycle manufacturers in the business. They supply the Lampre team with their brand new Scultura SL, a cutting-edge carbon frame weighing just 830g and packed with interesting tech like Double Chamber reinforcing ribs to boost stiffness. 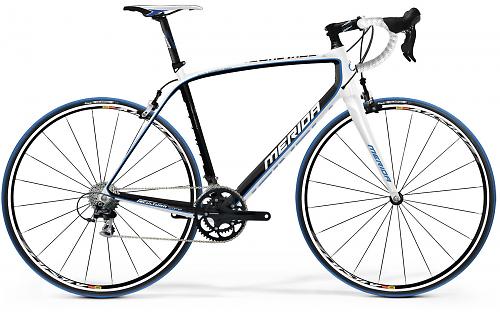 It’s another bike that Mat has tested, and his review is worth a read, for he concluded this of the Merida: “lightweight and stiff – of course – but highly comfortable with it. Outstanding performance.” Read the review in full here.

Unfortunately, the new Team SL is only available in a £6,000 SRAM Red build, but the Scultura Comp 904, a frame sharing many of the key features but without some of the advanced carbon fibre layup, starts at a considerably more wallet friendly £1,500. The frame still has the Flex Stay tech in the carbon frame and a full carbon tapered fork, but saves the pounds with a Shimano 105 groupset and Mavic Aksium wheels.

Focus have dipped in and out of the pro peloton with a chequered past with Milram and Katusha, and they’re now with AG2R-La Mondiale who are doing a cracking job of getting in the thick of the action. They’ve been doing it aboard the German bike manufacturer's top level Izalco Team SL Carbon. Focus have been refining this bike for a few years now, with a 960g frame weight and natty internal cable routing - the cables are passed in channels within the tube walls. 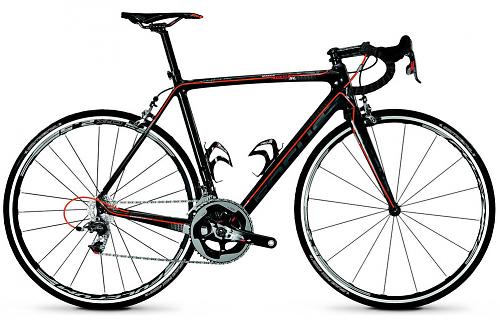 The entry-level Izalco Team 4.0, with SRAM Red, Fulcrum wheels and 3T finishing kit, costs £3.699. It shares all the same frame details as the one being ridden by the pros. It’s worth pointing out that the Izalco Pro, a similar looking frame but without as advanced a carbon layup, is available in four builds. The most affordable of these is the £1,899 Izalco Pro 4.0, a bike that is very similar to the pros' bike at a fraction of the cost, with a Shimano Ultegra groupset.

It wasn’t so long ago that Mark Cavendish used to race on a Scott. This year they sponsor the Australian outfit Orica-Greenedge and the new Swiss team IAM Cycling. Scott supply the riders with the Foil, among the first of the current crop of aero road bikes when it launched back in 2011. There’s a new Addict on its way soon, as we saw it at Paris-Roubaix. 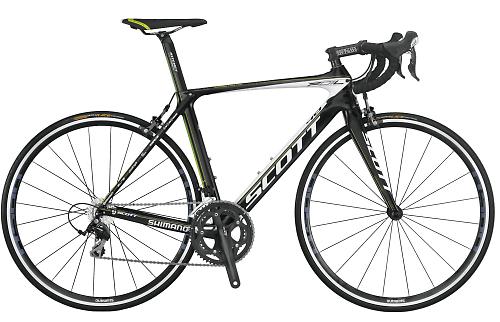 The Foil was based on their Plasma 3 time trial bike with similar (although not identical) aero-shaped tubes. These truncated tube profiles feature on the tapered head tube, down tube, seat tube and fork.

The Foil comes in a seven model range, and there a women’s version too. The Foil 40 kicks the range off, costing £2,199. This gets the same shape frame as the top-level model, but uses a different grade of carbon fibre to keep the costs down. It’s built with a Shimano 105 groupset and R501 wheels with Continental Ultra Race tyres and Syncros finishing kit.

Swiss company BMC make some striking bikes and the TeamMachine SLR01 has been doing service at the highest level for a couple of seasons now. This was the bike that Cadel Evans rode to Tour de France victory in 2011. It is a frame made from unidirectional carbon fibre with some unique tube profiles and shaping that make it standout in the peloton. The look that seems a bit Marmite: some absolutely love it while others have to shield their eyes. 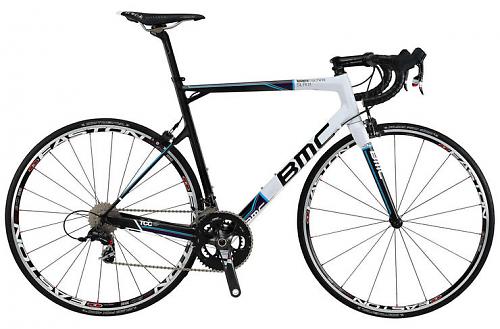 Either way, it’s a class bike that has consistently proven itself in the hardest races. It’s due for an update soon though. We spotted some prototypes in the Giro first week, and it looks as though weight is driving the changes, plus a possible move to internal cable routing could be on the cards. Anyway, it’s available in three builds with a 2012 SRAM Red equipped bike costing £4,699, though distributor Evans Cycles currently have it discounted to £3,299. So, if you’re quick you might get a bit of a bargain.

French manufacturer Lapierre don’t yet have the biggest presence in the UK but they supply French pro team Française des Jeux (FDJ) which gets them some good publicity. Their top-end Xelius EFI Ultimate is a 890g frameset that is a very good alternative to many of the more popular choices. And Lapierre will actually sell you the very same bike as the pros are riding, including the team livery and Shimano Di2 grouppo and Mavic wheels. It isn’t cheap though: £6,200. 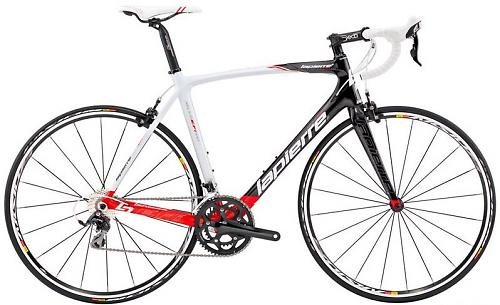 You can get the Xelius EFI 100 considerably cheaper at £1,749. It comes with a very similar frame with the same tapered head tube and Press Fit bottom bracket and Lapierre’s own carbon fork. You get a Shimano 105 Black groupset with either a compact or standard chainset, with Mavic Aksium wheels and Ritchey finishing kit.

*They're not necessarily cheap, but they are more affordable than the bikes the pros use.