Racy gravel, adventurey gravel, some suspension, a lot of carbon, and a dash of aluminium too – there’s something for every flavour of gravel rider here from Wilier, Salsa, Ridley + more
by Mat Brett

The Sea Otter Classic – said to be the world’s largest cycling festival – is taking place in California at the moment and here are six of the most interesting gravel bikes we've seen there so far. 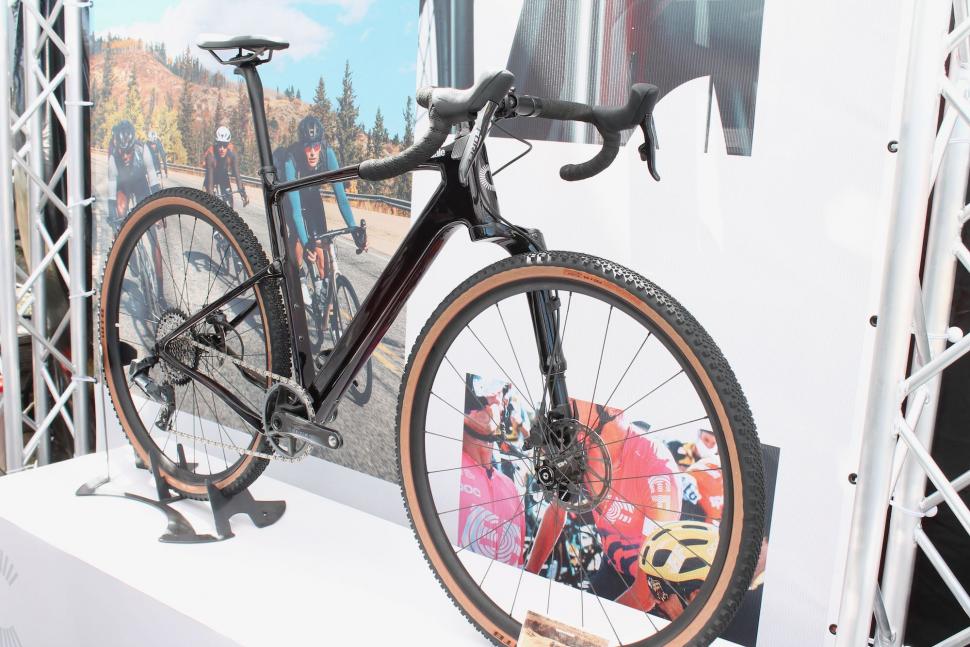 Cannondale has just given its Topstone Carbon gravel bike a complete overhaul with an updated geometry and improved Kingpin suspension. 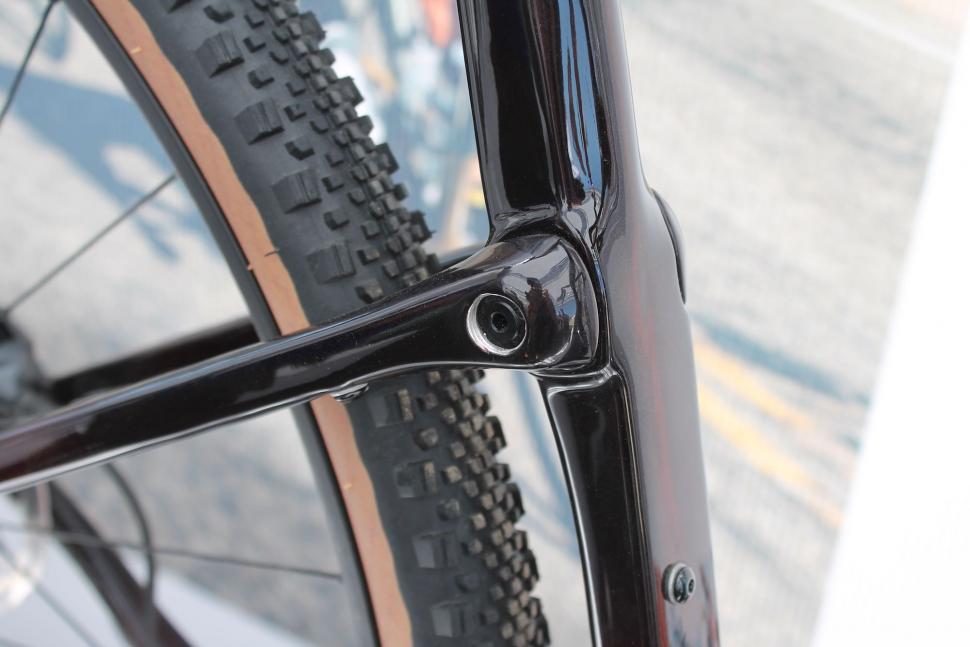 Cannondale says that the Kingpin suspension is 100g lighter than previously as well as being more durable and streamlined. Rather than relying on shocks or springs, the system uses a thru-axle pivot in the seat tube that allows the back of the frame to flex. 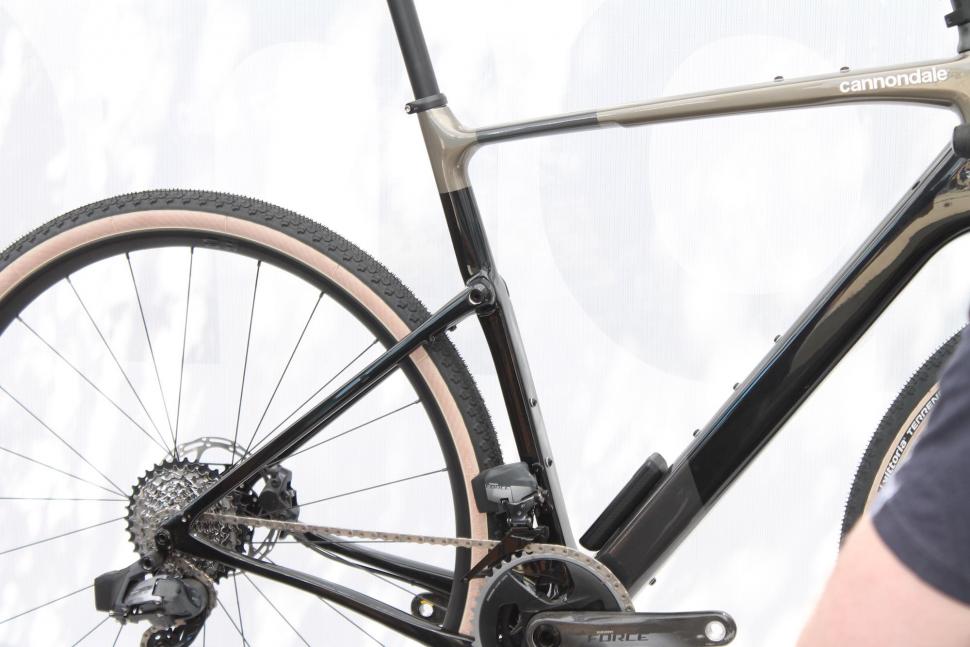 Cannondale has tweaked the geometry by lowering the standover and bottom bracket heights, the idea being to provide more confidence to the ride. 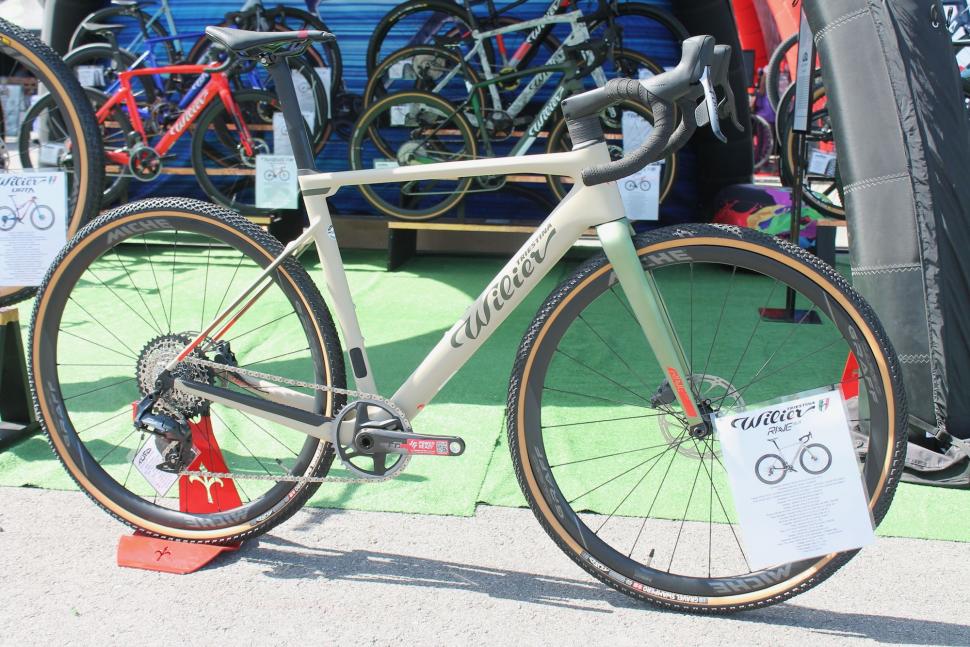 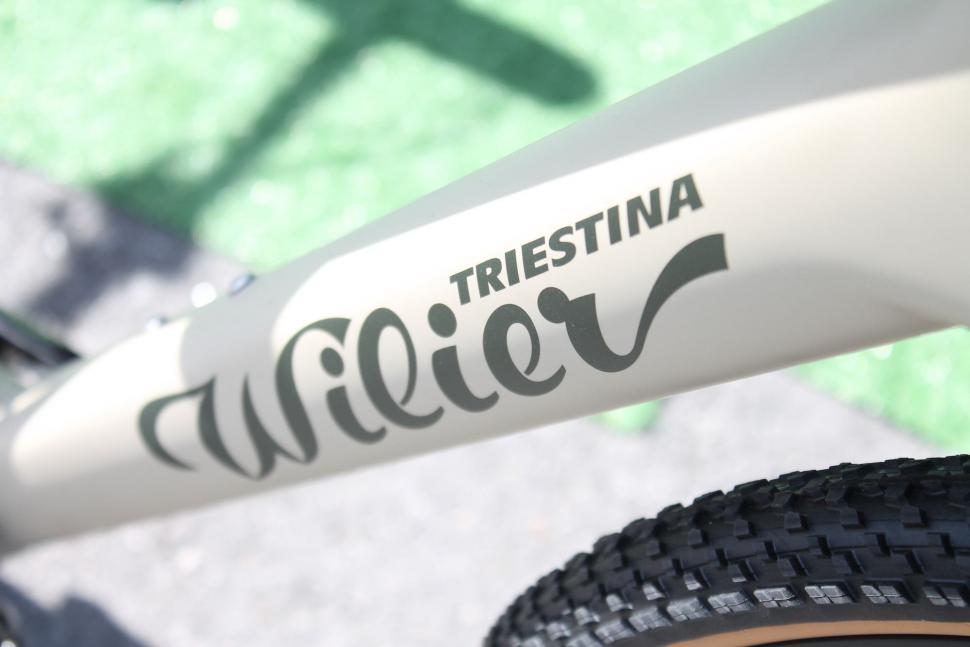 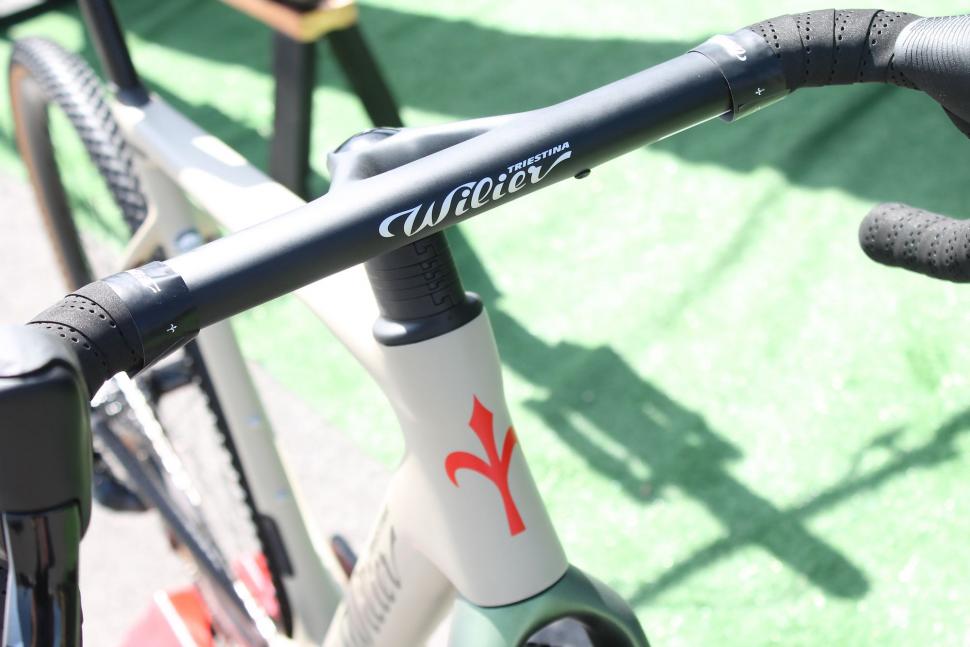 Wilier offers different combined handlebars/stems depending on whether a particular model is designed primarily for gravel or road. The gravel J-Bar fitted to this bike is Wilier’s monocoque aero bar originally designed for its Jena bike. It has a split, V-shaped stem section, flared drops, and a claimed weight of 390g (± 5%, 430 x 95 version).

Check out our review of the Wilier Rave SLR here

The 0-Bar used in the road builds has a more conventional stem section and is consequently lighter at 330g (± 5%, 420 x 100 version). Each bar takes the gear cables and brake hoses internally before routing them into the frame. 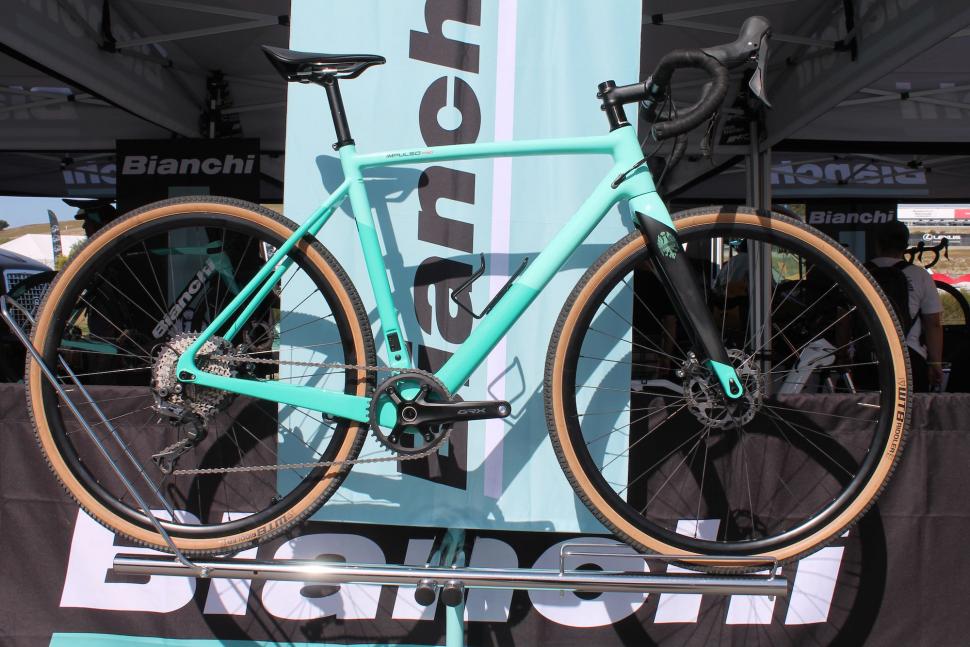 Bianchi unveiled its Impulso Pro full-carbon gravel bike last August. It’s aimed squarely at the speedy end of the market – gravel racers and riders who want to go and thrash around the tracks and trails for the morning, rather than those who want to load up and get away for a night or two. 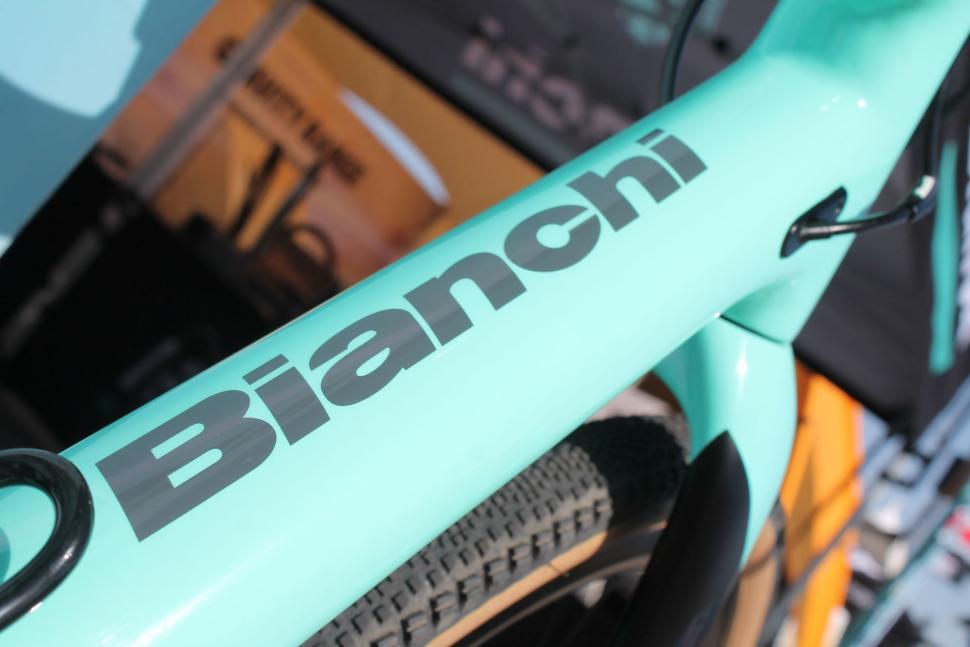 There’s space for tyres no wider than 38mm on 700C wheels – which is very narrow for a gravel bike. In this way it’s very similar to Bianchi’s aluminium Impulso all-road, just with a full carbon frame (if you want wider tyres, Bianchi’s Arcadex which has room for 42mm if you run 700C wheels, and 47mm tyres if you go with a 650B setup). 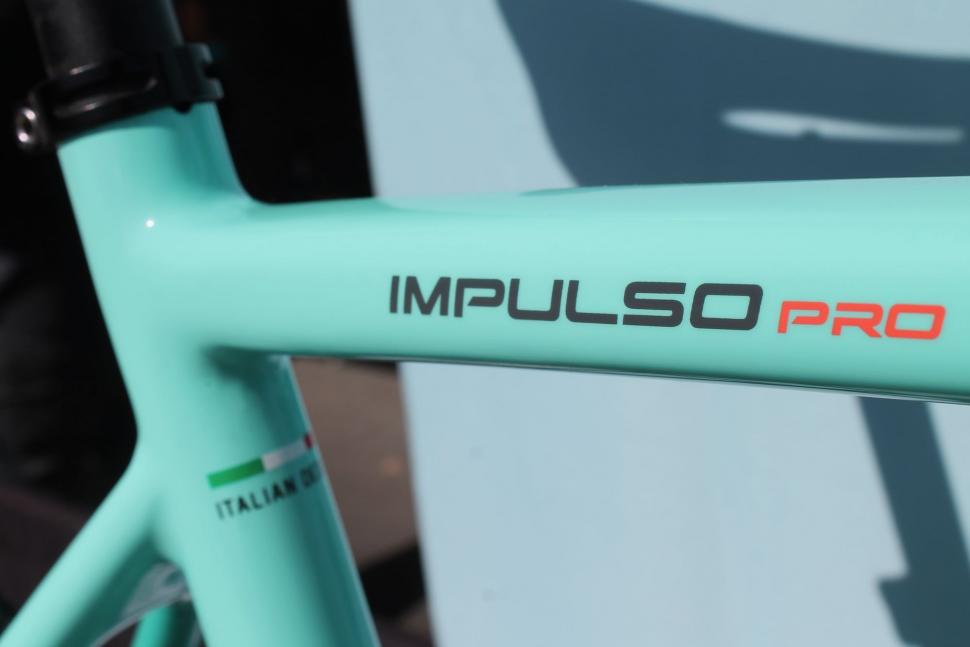 The Impulso Pro's riding position is racier than the Arcadex’s, which is a bike better suited to bike-packing with its eyelets for mudguards and a rear rack.

Bianchi claims a frame weight of 1,100g for the Impulso Pro. 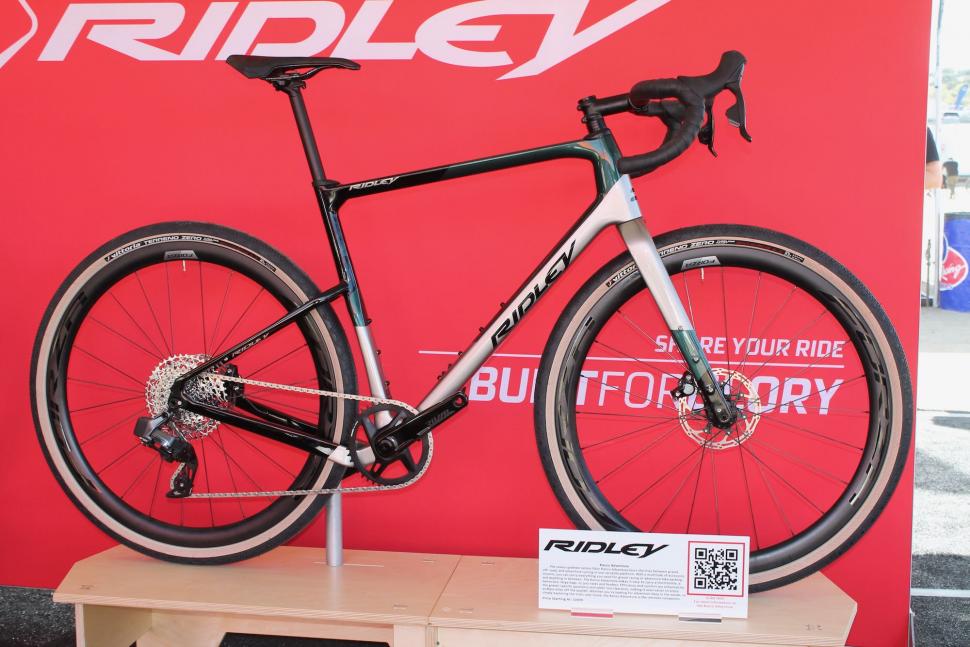 Ridley has just updated its Kanzo Adventure bike for increased versatility, with an altered geometry, greater tyre clearance, integration for a dynamo's cable routing, and a range of mounting points for cargo. 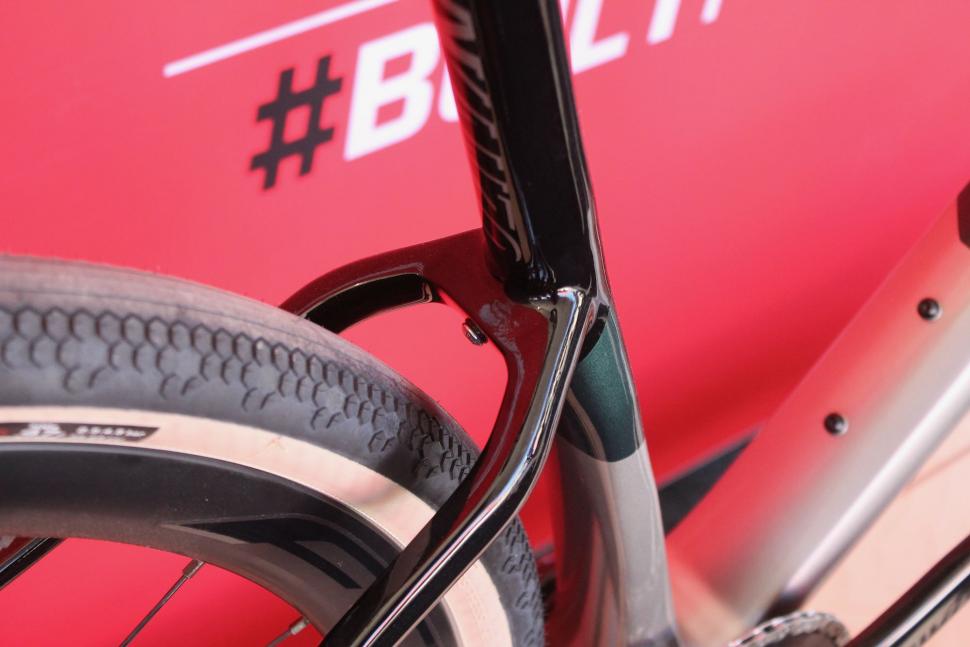 The geometry is mountain bike-influenced, with a more relaxed head tube angle than previously, a lower bottom bracket, and a longer wheelbase. The head tube has also been shortened so that the Adventure 2.0 can reasonably accommodate one of the new wave of gravel suspension forks – if you want to go down that route. 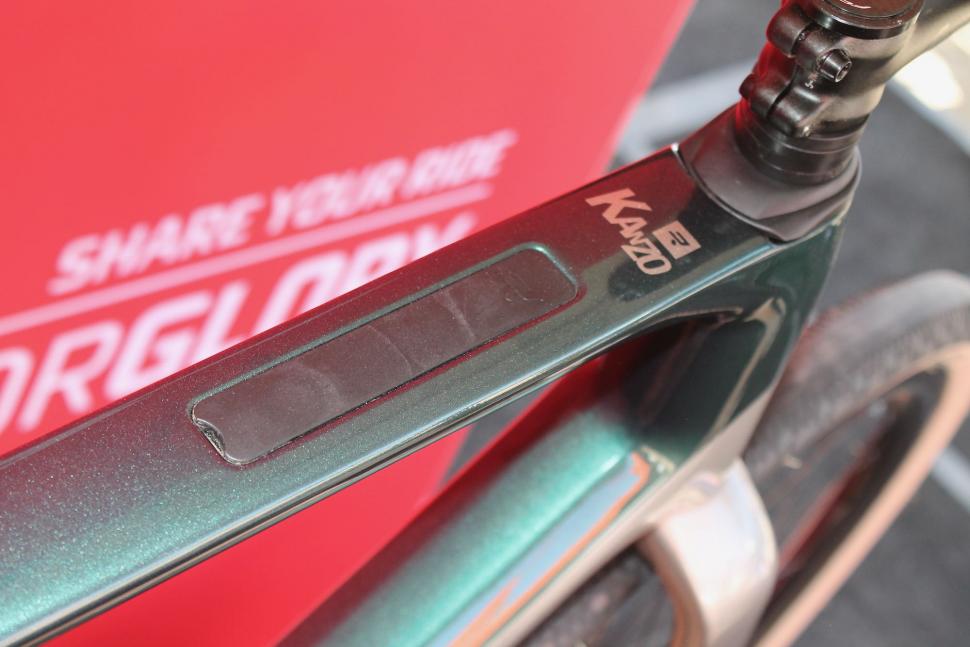 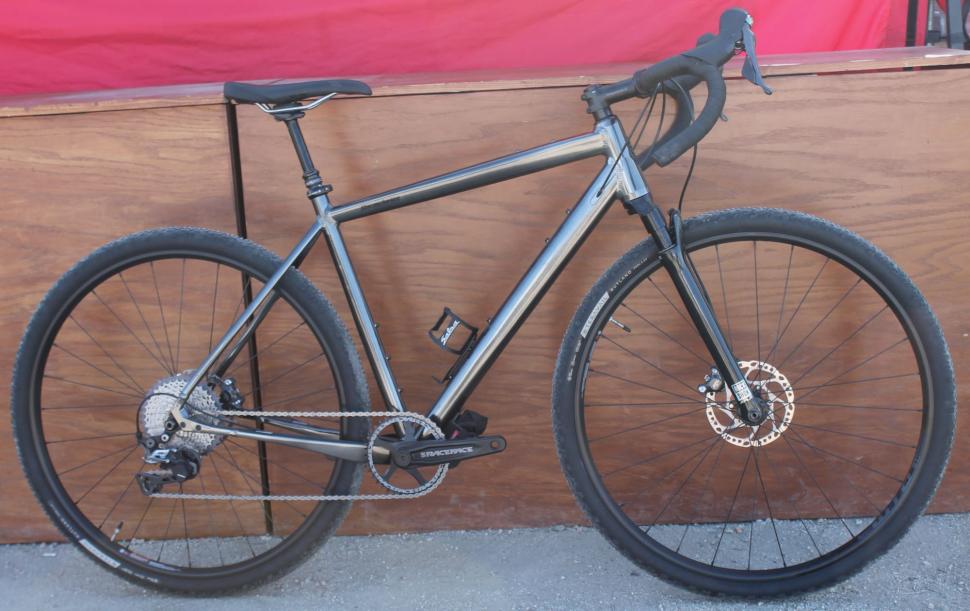 The Stormchaser was originally a simple singlespeed but Salsa has added gears along with suspension and a dropper post to this model. 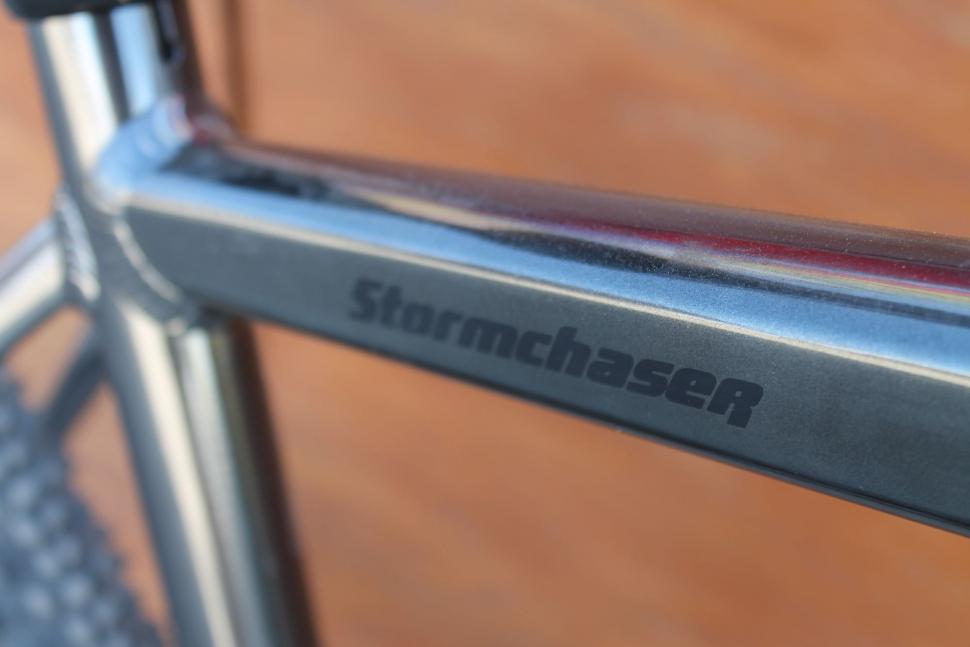 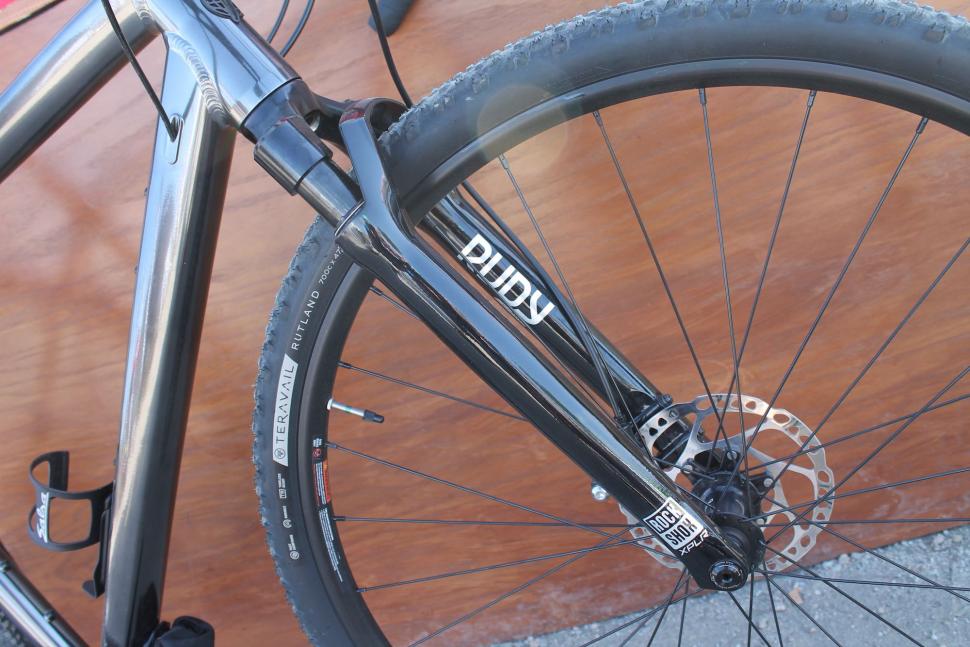 It comes with a RockShox Rudy XPLR 40mm fork, a TransX 90mm dropper post, and a 1x Shimano GRX drivetrain. 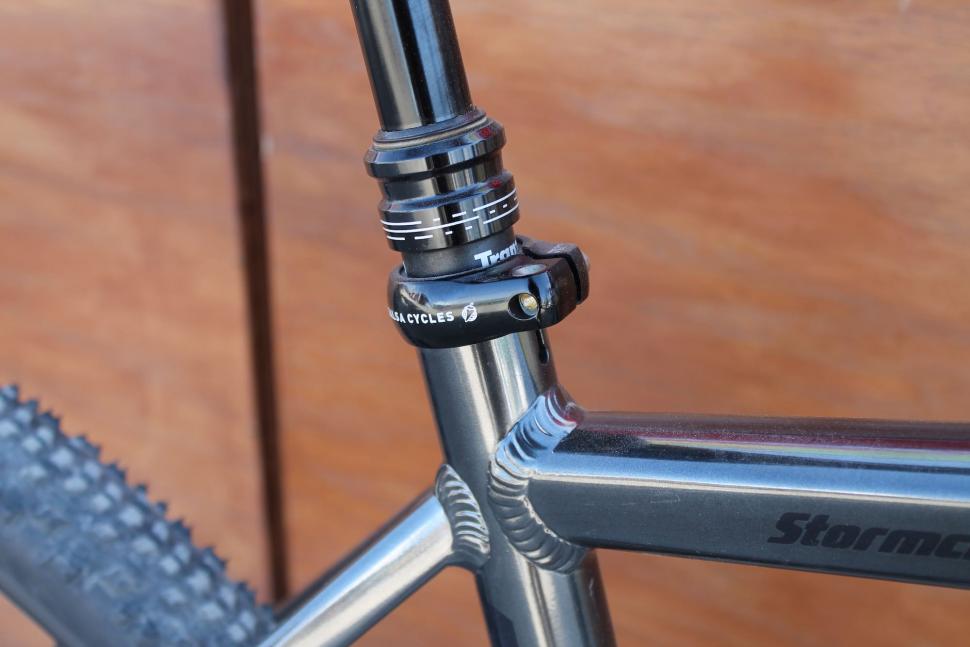 Apart from that, the bike remains the same as the Stormchaser Single Speed, with Teravail Rutland 700c x 47mm tyres, Salsa cockpit, and WTB ST i25 TCS rims laced to Shimano hubs. 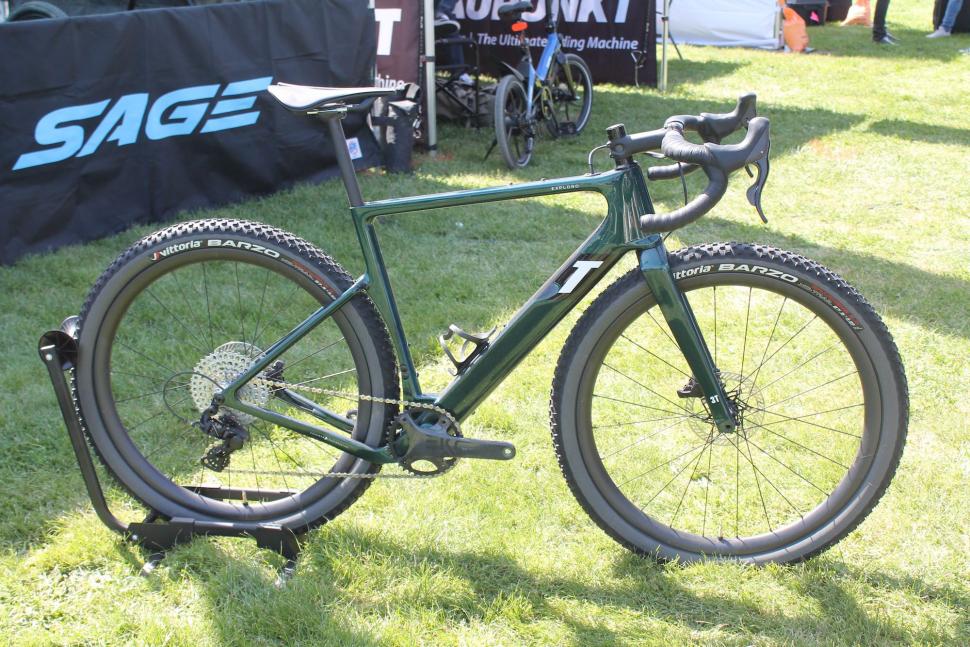 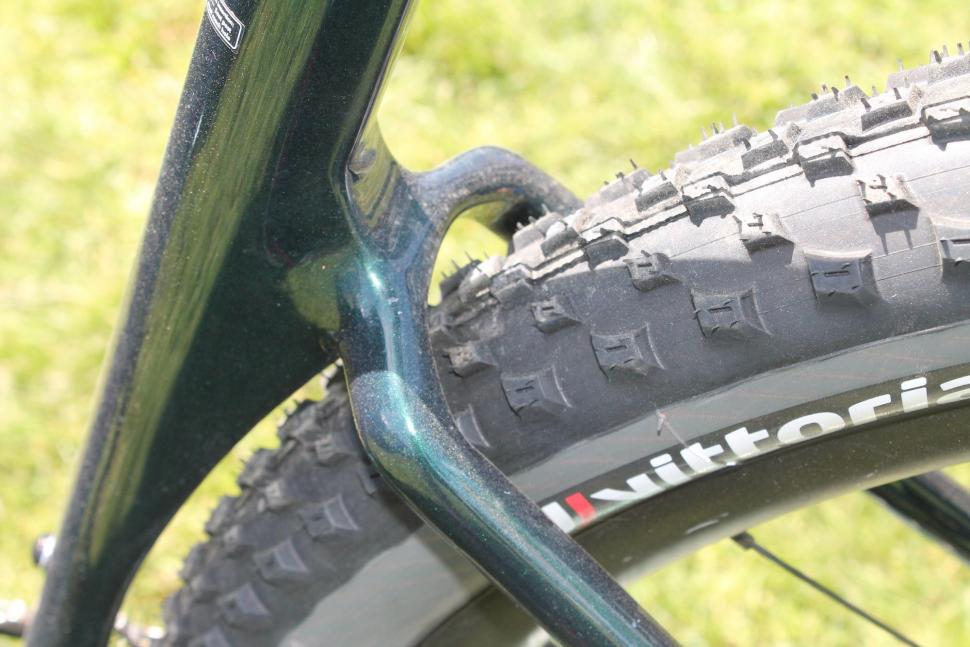 Like the existing Exploro Racemax, it takes tyres with a measured width of 35-61mm but it is aerodynamically optimised for the upper end of that range. 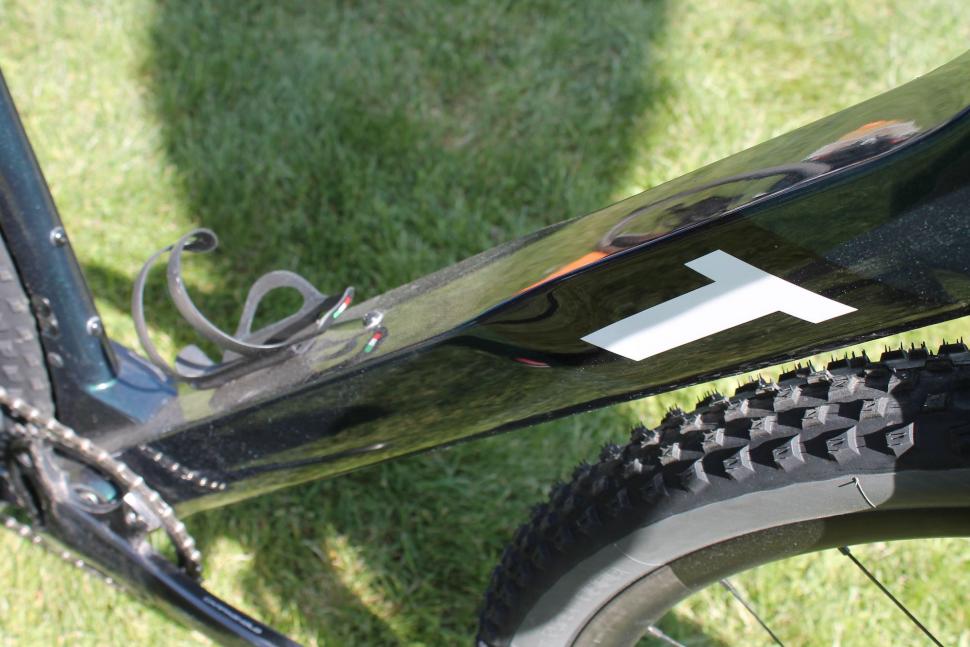 The down tube neck that redirects the airflow coming off the front tyre is wider on the Ultra than on the Racemax, for example. The seat tube is also shaped for aerodynamics and has a cutout that’s bigger than that of the Racemax to accommodate 700c tyres up to a width of about 46mm and 650b tyres up to 61mm. It also takes a round 27.2mm diameter seatpost, so you could fit a dropper or suspension post for tricky terrain.

3T hasn’t gone down the suspension route here, saying that the added weight and complexity is too much of a compromise for a bike that’s going to be ridden on all kinds of surfaces.