Back to Features
feature
How to
Race

Team road.cc are preparing for a collective 25 hours in the saddle at the Redbull Timelaps, starting on Saturday 28th October. Meet the riders, as they reel off their (lack of) credentials for the mammoth challenge...
by Rachael Gurney

October 2017 sees the inaugural RedBull TimeLaps, a road race event concocted by the media giant to be held on the longest day of the year to tempt the brave and inflict pain on the weak. There will be hot racing, fast times, caffeine fuelled cans of go-go juice and no doubt some drama.

The RedBull TimeLaps is a 25 hour race taking place in Windsor Great Park just outside London. If you think you’ve read that incorrectly, you haven’t, the race is on the longest day of the year so not content with a regular old 24 hour race, the RedBull brains are going to keep the race going for a full 25 hours, between 12pm Saturday and 12pm Sunday. At 2am the clocks go back,  the ‘Tag Heuer Power Hour’ begins and riders take to a shorter course where laps completed will be on a 2 for 1 offer. Team tactics come into play here as changing a rider will mean taking the long jaunt around the full course to get back to the pits for a pair of 'fresh' legs. We are promised hot food aplenty, a big tent to keep warm in the wee hours and I suspect as much RedBull as our bodies can handle. One rider is allowed out on the course and any one time, we’ve had expert advice from our road.cc Club Manager, Stu Kerton, regarding time on course and tactics to bring into play. Stu is cracking on with back to back 24 hour races after taking part in a 24 hour relay at the Newport Velodrome last weekend so he’s the guy with the experience to guide us all!

A few months ago here at road.cc HQ four of us in the office quickly signed up to the event, in a classic case of acting before thinking, four hands flew up and we were in. Some months later, a week prior to the event and with the thoughts of winter riding knocking at the door those four hands are quietly quivering, planning, preparing and wondering just how much chocolate its ok to consume in one 25 hour period. Along with the office team, the road.cc readers also put forward a team of four, they look like experienced roadies and will no doubt be gunning for some fast lap times.

I’ll now introduce the owners of those hasty hands and brave readers and let you meet the road.cc teams, a mixed bag to say the least with an e-biker, a mountain biker, a camera-wielding roadie and a gym fit commercial manager, plus four riders that haven't met, never mind raced, before....

First up there’s Dave, he’s the boss around here and when he’s not doing boss things he’s writing content for his site, E-Bike Tips. As the name of his site suggests, Dave is happier when there’s a motor in action, in fact we’re not totally sure he’s not going to turn up to race his favourite machine of the moment, a Tern Cargo e-bike. Motor affinity aside, Dave’s actually a pretty handy roadie, being one half of the brains behind road.cc. He’ll be brushing the cobwebs off his regular bike, lubing the chain and using his broad shoulders to fend off the competition in the first corner. 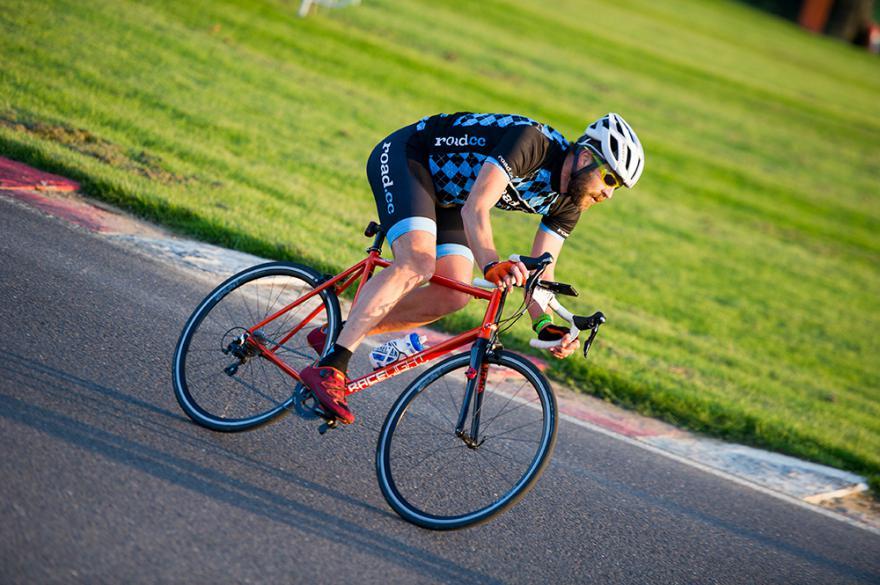 Rach is the mountain biker on the team, more often found rolling around in the dirt than she is donning full lycra and getting out for some tarmac miles, she's part of the team at off-road.cc, road.cc’s more knobbly sister site. Rachael’s no stranger to a sportive or two though,  her biggest problem was finding lycra that was remotely suitable for wearing as an outer layer. After the team convinced her that a pair of baggies were not appropriate at a road race she got hold of some new threads from dhb for the job. She’s already threatening to eat her body weight in chocolate to get her though the night so the team might have some severe sugar crashes to deal with – Rach is crossing everything and hoping that’s the only crash she has as she swaps fat tyres for the skinnies on her 2018 Specialized Ruby Elite. Matt is the head camera man at the office, more comfortable behind the lens than in front of it, you might recognise Matt’s lower half from a road.cc review photo every now and again. Matt is tall and, he won’t mind us saying, pretty lanky. The team are hoping Matt offers the good turn of speed that his stature denotes. Matt’s regular ride is his three-mile commute to work, he’s taken training seriously and upped the frequency to at least three times a week…. Matt assures us his ride (a Ribble Gran Fondo) is in good condition and ready for the challenge. In terms of challenge, Matt has the hardest job on the team, not only are we asking him to pull his weight where the riding is concerned, he’s also tasked with making a RedBull TimeLaps team edit – making us look fresh, fast, stylish rather than the shrivelled heap of cold, sweaty, fatigued cyclists that we will undoubtedly be at 2am! 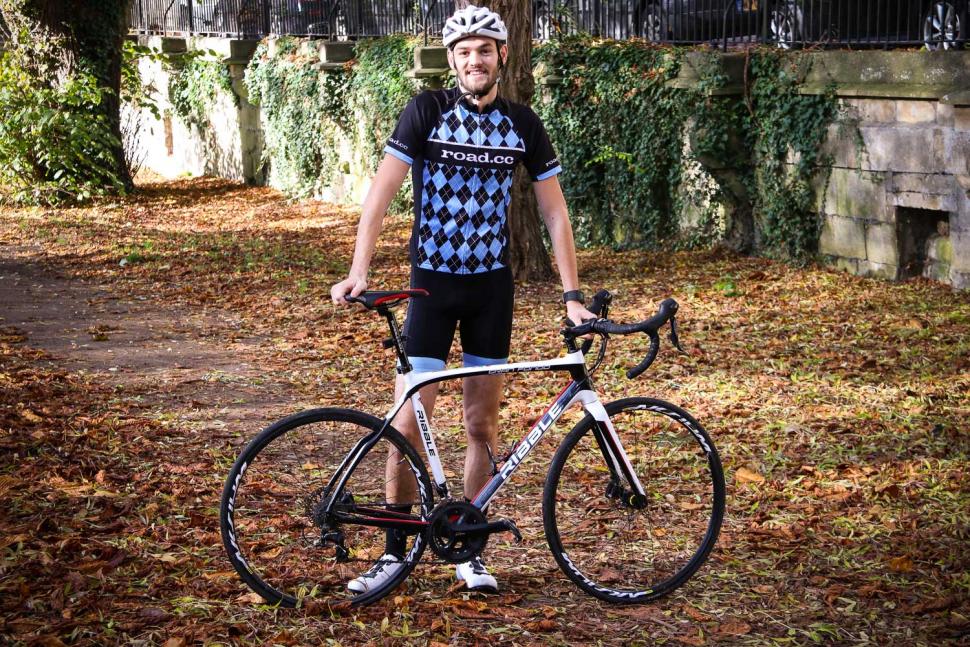 Last but not least is Elaine. Elaine deals with all things commercial at road.cc HQ along with her personal assistant, Dexter the Chihuahua. Elaine has been spinning up a storm at the gym down the road in the lead up to the TimeLaps and she’s more than ready. Elaine will be the one to keep the team working with ruthless efficiency in the dead of night, we’ve had a word with Dexter and he reckons his mum is pretty damn competitive when it comes down to it. 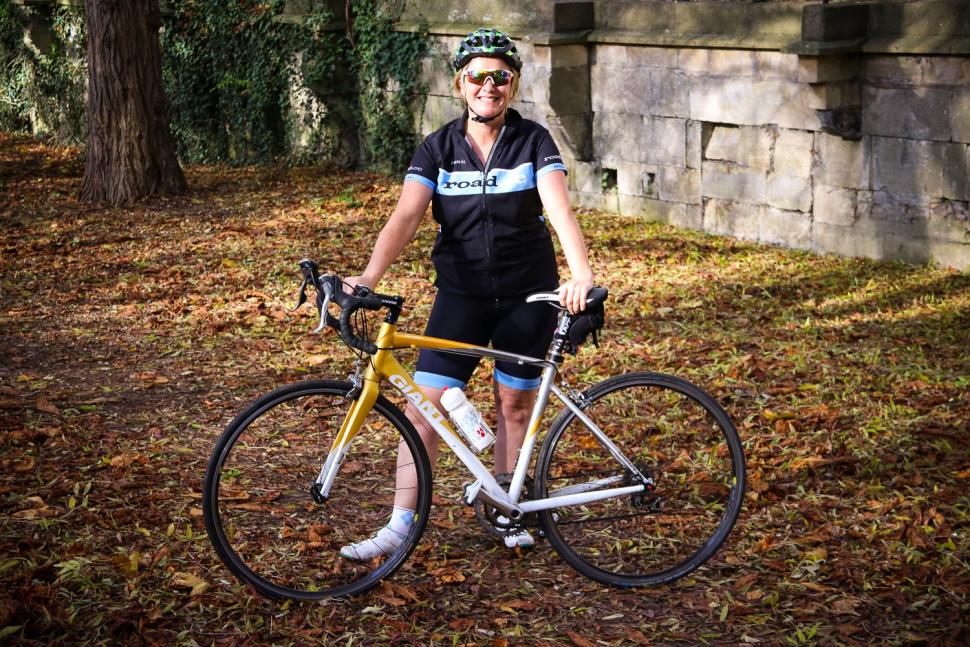 The four riders making up the Reader's Team are all seasoned racers but have just have never met before! No doubt their wide-ranging experiences will help them pull together and hit the 24 hour race like a well-oiled machine. Whatever happen's they will look the part as clothing brand, dhb, are supporting the reader's team and proving them with top to toe gear for the occasion.

Favourite Ride Fuel - Pork scratchings (cos and we quote 'he's a Midlands oddball...')

Why the Redbull Timelaps?: I haven't done anything like that before, and I'm looking forward to seeing how emotional it all gets at 3am in the howling rain... 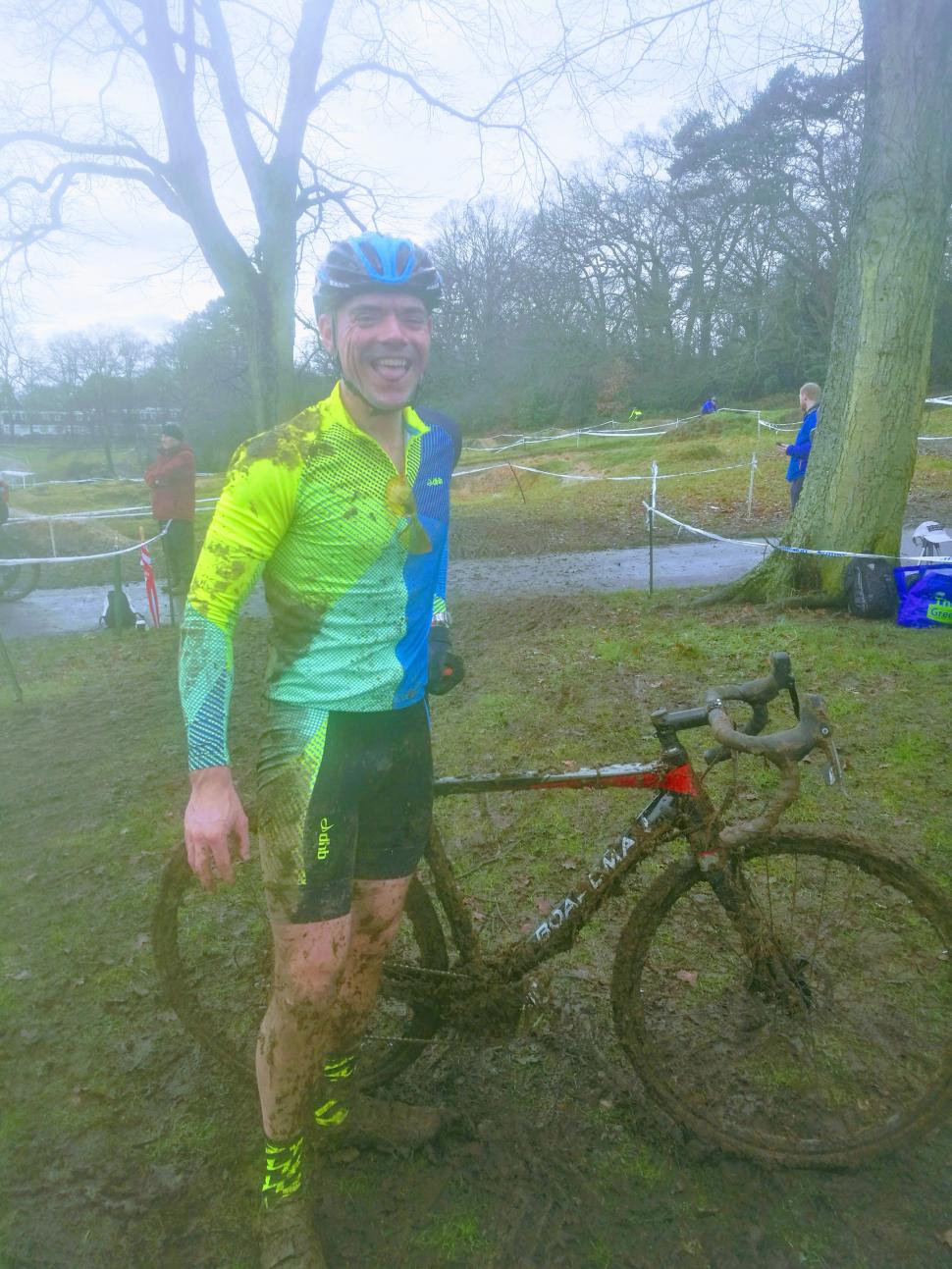 Riding experience: I got the cycling bug proper after stumbling across the last day of the Vuelta while on holiday in Madrid. I still don’t do enough mountain biking to satisfy my mates.

Dream Bike: Fairlight Strael
​
Favourite Ride: I want to cross Europe one day although Jo’s blog has made the TCR even more intimidating. Some friends dragged me over the Pyrenees a few years ago – that was a memorable trip and the Alps are in my sights for next year.

Why the Redbull Timelaps?: It has given me a good kick up the backside! I have a decent 40-mile commute and I had been starting to struggle for motivation as the nights draw in. Fingers crossed the weather holds for the Red Bull Timelaps or I’ll really have to channel my inner Belgian. 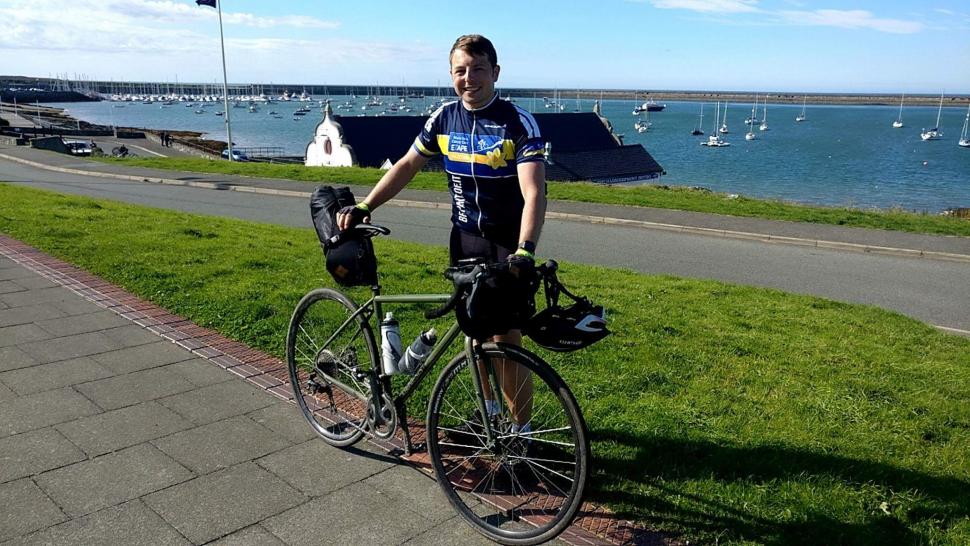 Bike Likes: Riding my retro lightweight Klein Adroit Race which I use when I ride with the kids. They’ve been my main inspiration into getting into riding.

Favourite Riding Snack: Tend to use Tailwind for fuel, (a naturally flavoured white powder you add to water in place of gels and the need for other foods). I do like a good flapjack though and wouldn’t turn down a tasty mocha and a slab of cake if there’s a coffee stop!

Why the RedBull TimeLaps? I must be mad! The closed roads thing for me is a major pull so I can just focus on what I enjoy – riding versus trying to battle through every reason why I shouldn’t put myself at risk in traffic. Felt the need to push myself more than I did at the last Revolve 24. Felt quite flat afterwards being part of an 8 man vs 6 man team, no real sense of progression. Might have bitten off more than I can chew but maybe it’s just what I need to feel like a hero again. 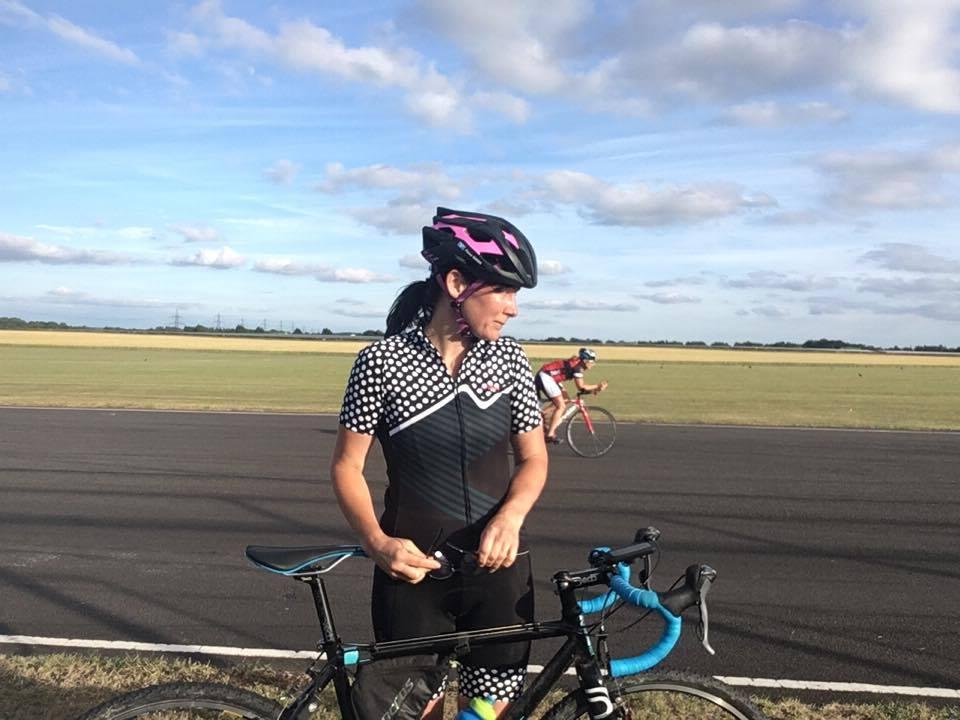 Riding Experience: Grew up on BMX and mountain bikes in a village where we could always find things to ride or jump over.

Race Bike: MEKK Poggio 1.5 with everything upgraded except the fork and saddle. I refer to her as "Lucky" due to the crashes she has survived. (I haven't quite fared so well.)

Dream Bike would be something highly aerodynamic with built-in stowage, like a drop-bar version of the Diamondback Andean.

Favourite Ride: I like getting out in the Chilterns when I can, often with the Reading CTC (now Cycling UK) group which usually results in rehydrating with some recovery ale in a nice pub. It's not that hilly round here, but when the sun is out, the wind is following, and the drivers are courteous, it can be quite lovely.

Favourite Snack: Flapjack! I can eat them until I feel sick, and sometimes I am....

Why the RedBull TimeLaps: Because I needed a challenge and love racing, I'm at my best when I'm competing. It's been a reason to eat less unhealthily for a couple of weeks and try to improve my niggly patella tendinopathy.

Race Tactics: My brain has been in overdrive with tactics and strategy since we've had details of the course. One rested rider hopefully completing 8 laps on the power hour circuit and always having one team member on standby should see us perform well and beat the road.cc Eds team! [Take note office team!] I've completed the pilgrimage to Le Mans twice in recent years and attempted 24 hour team go-karting a few years back, so hopefully I've got a bit of an idea of what to expect. 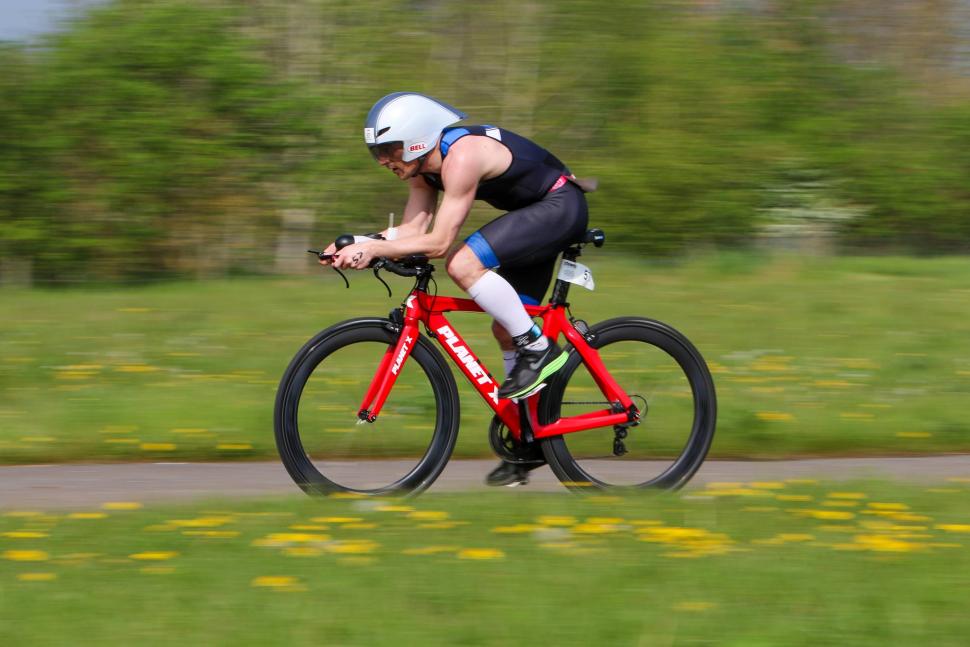 The teams will be meeting up, early Saturday morning for our 7am check in time - see you on the other side!