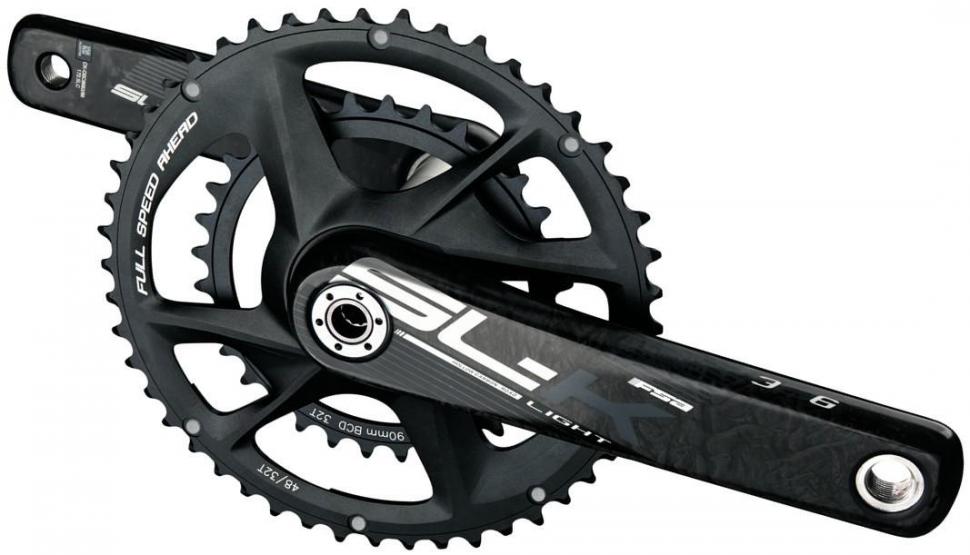 The 7 most anticipated products of 2017

The New Year is a distant memory, and so it's time to cast our eye ahead and ponder what new bicycle technology we can expect to see in 2017. We've listed seven products that we predict will be highlights of the year, and what we're looking forward to testing. 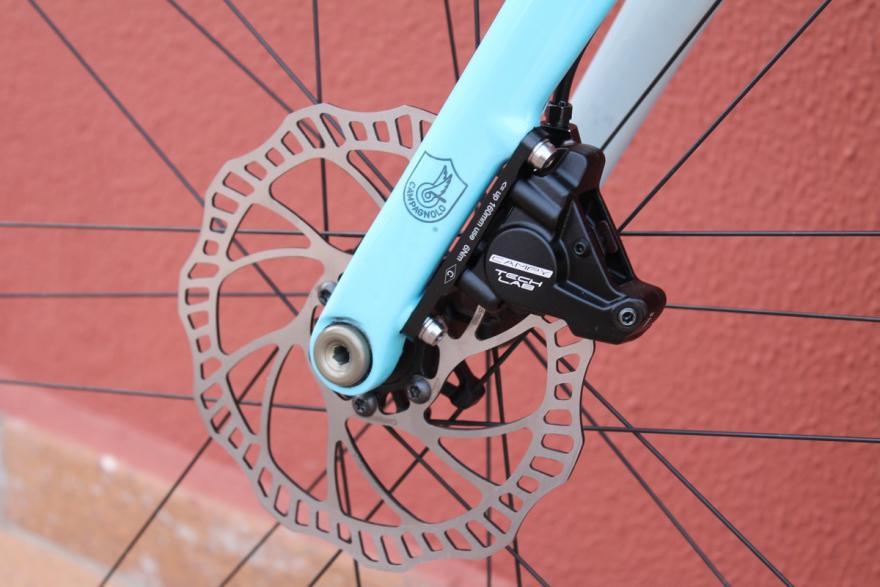 It has to happen soon, doesn’t it really? We’ve seen the prototype disc brakes Campagnolo has been working on since 2013 but there is still no clear indication when it’ll launch. Nevertheless, we think we'll see them in 2017. Even though Campagnolo didn't officially launch the new brakes at Eurobike, there were several bikes on show using them. The brakes certainly looked close to production readiness when we saw them, with a full hydraulic system, flat mount brake calipers and a slightly modified shifter body that retains the same Campagnolo shift paddle and lever setup.

That said, Campagnolo has form for letting production prototypes out into the world long before they're released. Years before you could buy it, versions of Campagnolo's electronic shifting system appeared on pro bikes with visible mould marks that implied Campagnolo had tooled up for production (that is, these weren't testing-the-idea handmade protos).

There are many arguments about disc brakes in the professional peloton, but one constant one we hear is that the entire peloton needs to be riding disc brakes and not a mix of rim and disc brakes. For that to happen Campagnolo needs to release its brakes quickly. 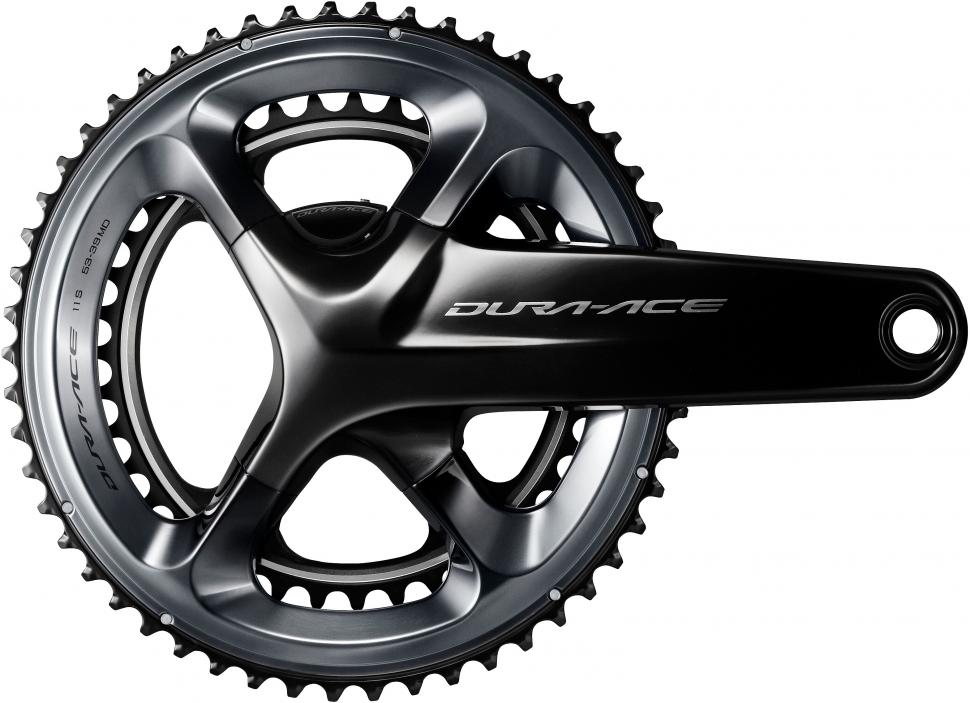 Power meters have been one of the fastest growing aftermarket product categories in recent years, but the big news in 2017 is the arrival of Shimano’s first power meter. Shimano has integrated a power meter into its new R9100 chainset and it can measure left and right leg power separately as well as cadence. It could potentially shake up the power meter market quite a bit. 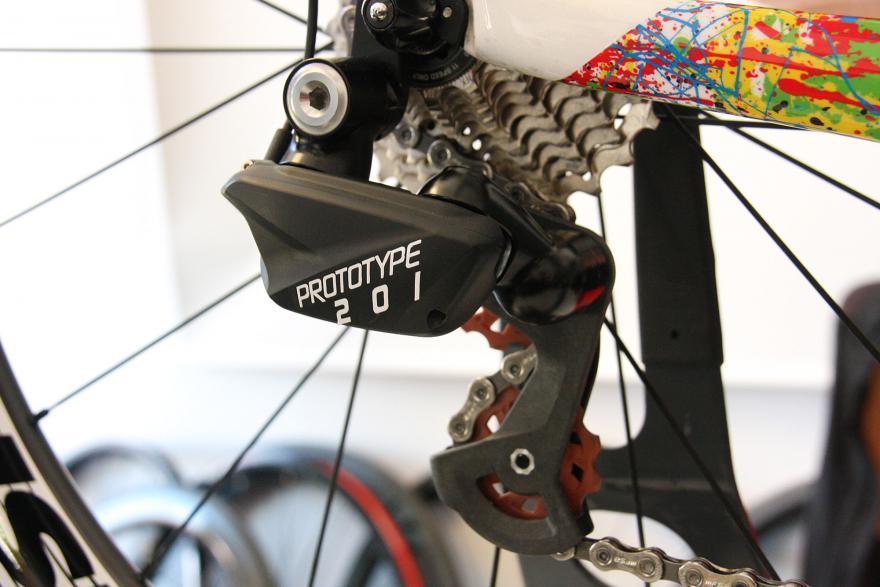 Your groupset choices used to be restricted to just Shimano and Campagnolo, then SRAM successfully entered the market, and now FSA looks set to join them, with a new semi-wireless electronic 11-speed groupset. Details were announced at the Eurobike show in August and we got to take it for a quick spin. We found its button positions and action easy to get used to. The shifting is remarkably swift and very smooth, with no unwanted noise

There’s a lot riding on this new groupset for the Italian company, but with its large share of the original equipment market, it could, if it gets the performance and prices right, muscle in on the dominance enjoyed by Shimano.

FSA quietly snuck a new crankset aimed firmly at the growing adventure bike market for the 2017 model year. Dubbed “subcompact” and available in a choice of 48/32t and 46/30t combinations, they sound ideal for the lower speeds and steeper terrain usually involved with adventure riding, when a compact chainset can often be too tall. And beyond adventure, we can see useful applications for touring, Audax and leisure bikes.

The Italian company had to use a 90mm BCD (bolt circle diameter) to make it work. Pair it with an 11-32t cassette and you’ve got a really nice spread of gears that would be just ideal for an event like the Dirty Reiver 200km gravel race.

The SL-K Modular Adventure BB386EVO chainset weighs 617g with hollow carbon crank arms and aluminium rings. We don' have a price of availability yet. Here's hoping other companies get in on the subcompact act.

- Which chainset is right for you? 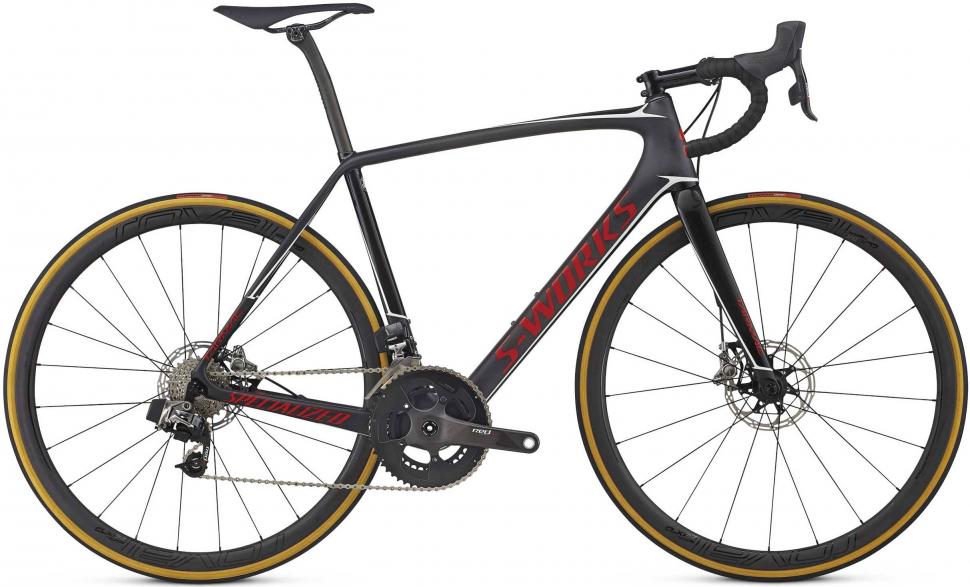 2017 model year road bikes are the first to get this new groupset, which is called HydroHC and only available at Red level. We're starting to see a lot of manufacturers speccing eTap but so far we haven't seen many disc-equipped models.  Specialized is offering the S-Works Tarmac Disc Red Etap (above) which will set you back a mere £7,500. 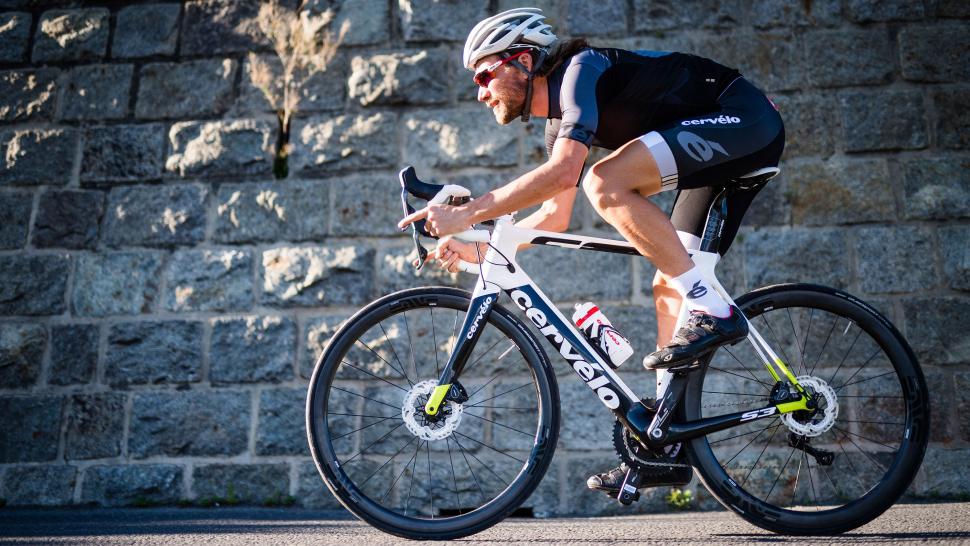 Is 2017 the year of the disc-equipped aero road bike? We reckon so. Already we've seen and reviewed the Specialized Venge ViAS Disc which ditched the finicky brake calipers for hydraulic discs and thru-axles. Canadian brand Cervelo has added the S3 Disc to its 2017 lineup, and Canyon has launched the Aeroad CF SLX Disc, and we expect to see a few more being launched this year. A Trek Madone Disc? Bianchi Oltre XR4 Disc?

The rise of 650b road plus bikes 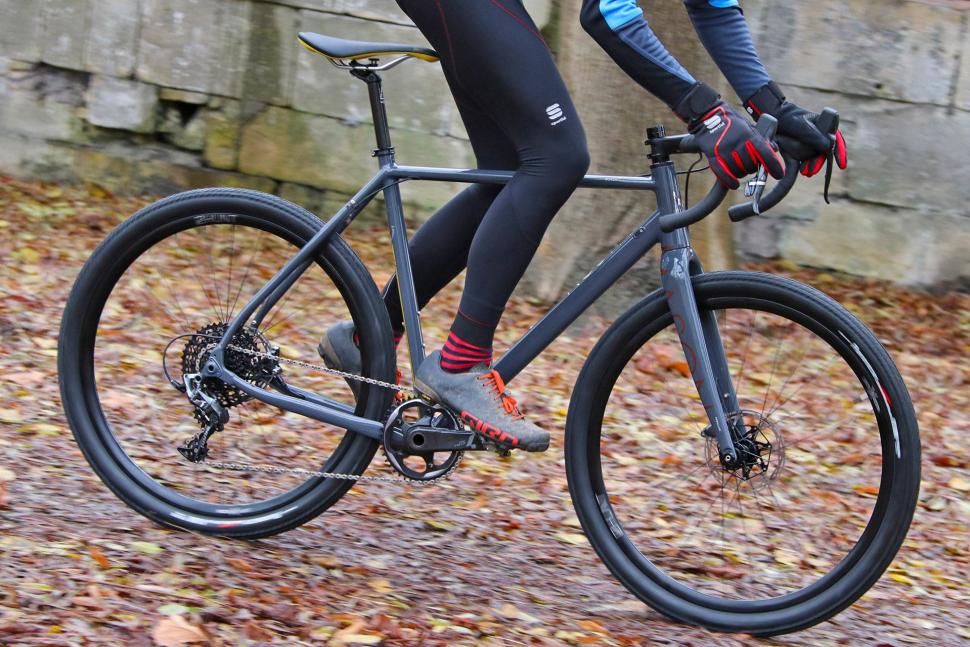 Okay not a specific product as such, but after 650b hit the mainstream with the Cannondale Slate and more recently Mason’s AdventureSport, we expect to see a lot more 650b bikes coming out in 2017. The adventure and gravel bike sector has been an interesting one, it has matured and evolved rapidly in quite a few directions based on riding styles and terrain, and 650b looks like offering a different performance benefit.

Why 650b? The smaller wheels in combination with a larger profile 42mm tyre provides the same outside diameter as a 22mm tyre on a 700c rim, so you get benefits such as extra cushioning for a more comfortable ride, as well as increased traction, with enables the bikes to tackle more than just tarmac roads. 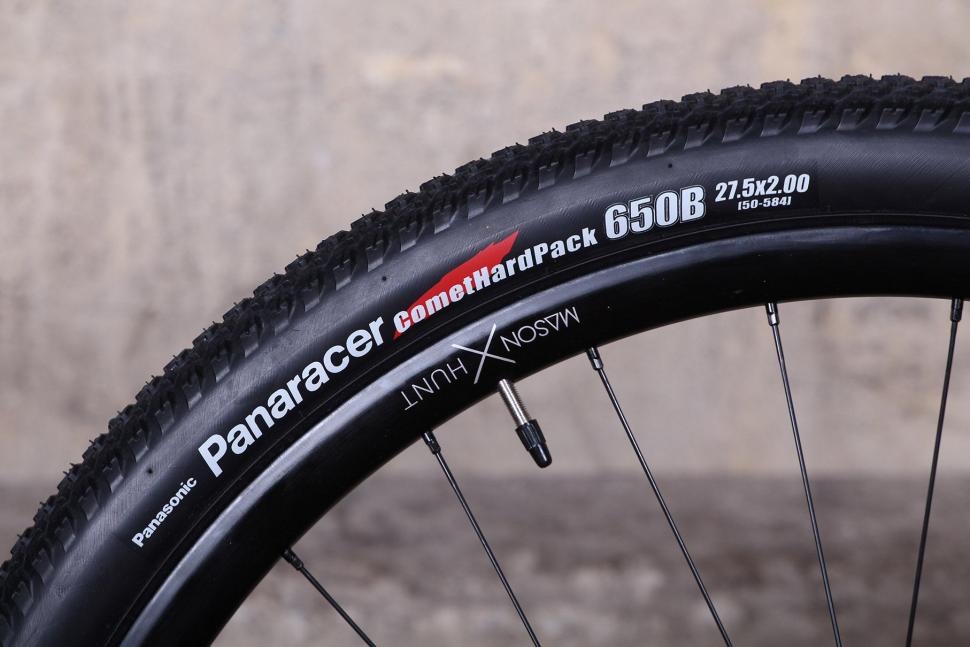 It looks like early adopters are looking at this tyre set up not as a gravel or adventure bike, but a road plus bike, a a bike that can take on smoother dirt tracks and paths like canal towpaths or fire roads without unduly compromising the handling and performance on the road, as the geometry can be pretty close to a regular road bike. This will be an interesting category to watch.

What are you most looking forward to seeing in 2017?