Your cut out and keep guide to 2015 WorldTeam kits

The 2015 race season is nearly upon us, and if you want to make any sense at all of what’s going on in the peloton you need to know who’s who. Here’s our guide to what each team will be wearing out on the road.

There are 17 WorldTeams, down from 18 in the top tier last year. Cannondale and Garmin-Sharp have merged and Europcar has gone down to Pro Continental status while IAM Cycling has moved in the opposite direction. 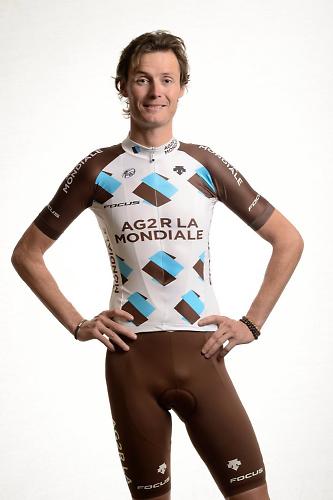 France’s Ag2r-La Mondiale are sticking with predominantly brown kit again this year. Curiously enough, no other team in the peloton seems to be challenging them for the ownership of that colour.

New recruit Johan Vansummeren even goes with complementary accessories. Good attention to detail from the tall fella. If he carries that level of clear thinking into his racing, he’ll pick up a hatful of victories this year. 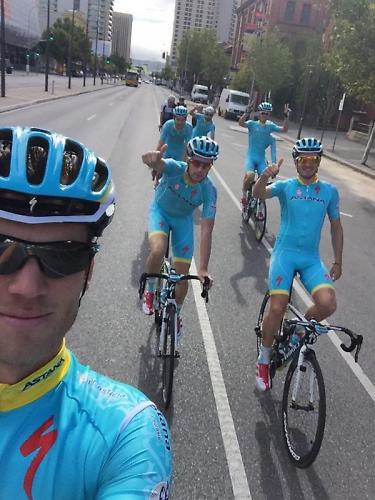 Astana stick with a predominantly light blue kit but they’ve tidied things up this year, doubtless stung into action by our Dave’s furious invective from last year. He denounced the 2014 Astana strip as “a mess”. Scathing stuff. He doesn’t mince his words, that lad.

Anyway, they’ve put all that behind them, ditched about a dozen logos, and come into 2015 looking altogether more classy. That yellow collar is a strong new addition. Nice turnaround from the boys from Kazakhstan. Not that their kit is the biggest problem that needed fixing, but you've got to start somewhere. 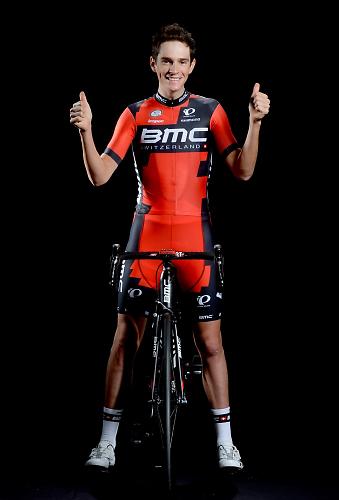 The BMC kit looks very similar to last year’s, which in turn was exactly the same as the year before’s; they’ve just rearranged the blocks of red and black a bit and swapped a few logos.

New boy Manuel Senni gives it a Fonzie double thumbs up like off of the 1970s. Not that he’d know that - he wasn’t born until 1992. Heeeeey! 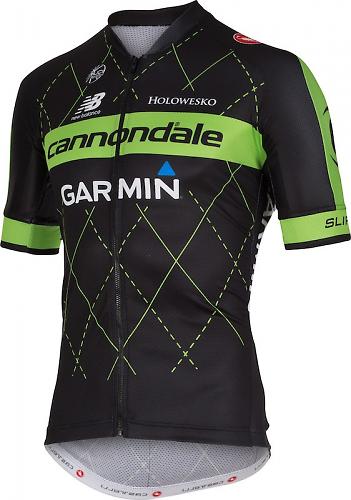 The former Cannondale and Garmin-Sharp teams have now merged into Cannondale-Garmin. The new kit from Castelli combines Cannondale’s green and Garmin-Sharp’s argyle design (which was previously blue), so you get green – and black – argyle.

That sounds a hideous concept. It would be easy to say the reality is hideous too but, credit where credit’s due, we reckon they’ve done a good job here to get it up to more or less okay. 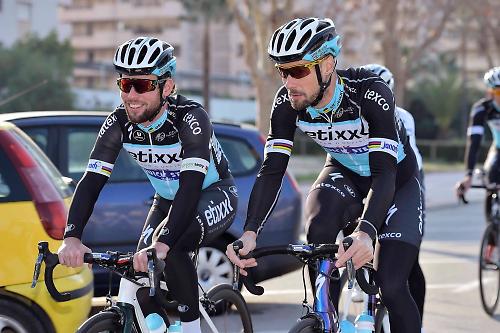 Omega Pharma-Quick Step is no more. But behold! See, from the ashes rises Etixx-Quick Step.

Or, put another way, the Belgian team has changed a title sponsor. Actually, it's not even that, really. Etixx is Omega-Pharma's own sports nutrition brand.

Along with a change of logo, the new jersey is more light blue than before. Only those who have won world champs, like Cav and Boonen, get the rainbow stripes. 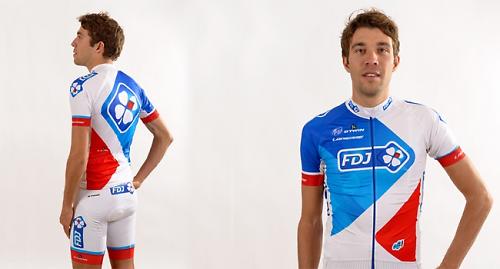 The cycling world was rocked to its core a couple of years ago when FDJ.fr switched from white to blue. You’ll never guess what they’ve done now. They’ve only gone and blinkin’ swapped back again. When will this madness ever end? 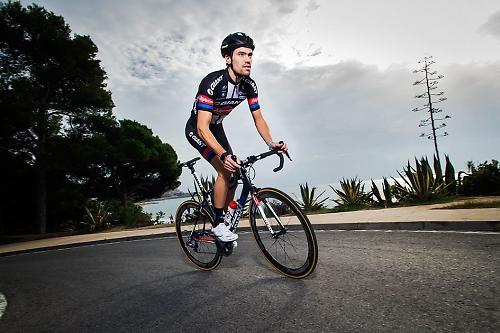 Giant-Shimano’s kit was black, white and blue, and so is the new Giant-Alpecin kit from Etxeondo; it’s just a little less liquorice allsorty. They have many logos. Arguably, too many. 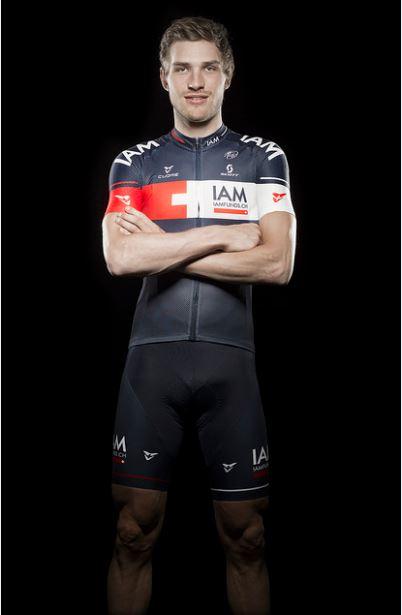 Switzerland’s IAM Cycling are a new addition to the WorldTour having stepped up from Pro Continental status for 2015 after racing both the Tour de France and the Vuelta a Espana last year. The jerseys are very dark blue with a chest band that incorporates features of the Swiss flag. Yeah, pretty cool in an understated kind of a way. 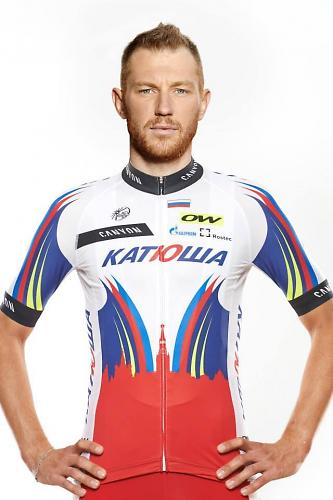 Katusha have gone nuts with their design. There are stripes all over the place, logos here, there and everywhere, a bit of yellow highlighting chucked into the mix, and even a silhouette of the Kremlin. It’s a bit of a dog’s breakfast, to be perfectly honest with you, which probably means that in 20 years' time hipsters (or whatever they're called then) will be fighting over this one. 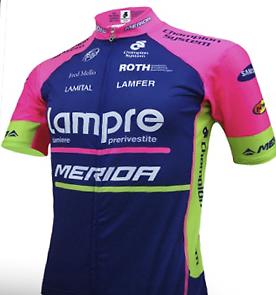 Italy’s Lampre-Merida have a tricky job integrating Merida’s corporate green with Lampre’s blue and pink. That combination is - how shall we put this? - challenging. The kit is very similar to last year’s with a few logo changes. It’s more attractive than the year before’s design although, admittedly, that’s not saying much. 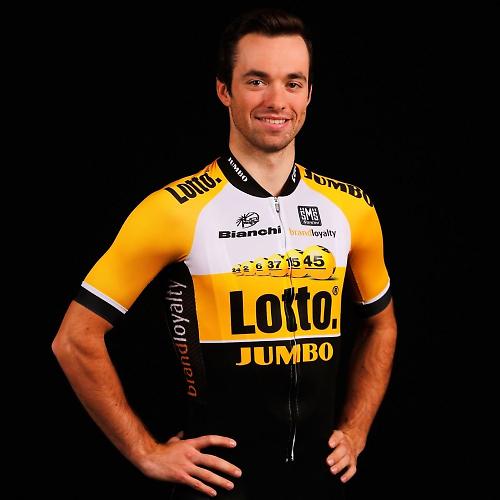 Dutch Team Lotto NL - Jumbo used to be Belkin and before that Rabobank. Along with the new sponsors comes a totally new kit.

If you were in any doubt about what Lotto NL is, the kit designers have hammered it home with a picture of lottery balls across the chest of the jersey. They haven't been so free with pictures of elephants so you can guess who's stumping up the majority of the sponsorship money (boom-tish!).

Coincidentally, the numbers 24, 2, 6, 37, 15 and 45 are the winning balls in next Saturday’s National Lottery here in the UK. This will be confirmed in National Lottery: Win Your Wish List with Shane Richie, starting at 8:30 on BBC1. 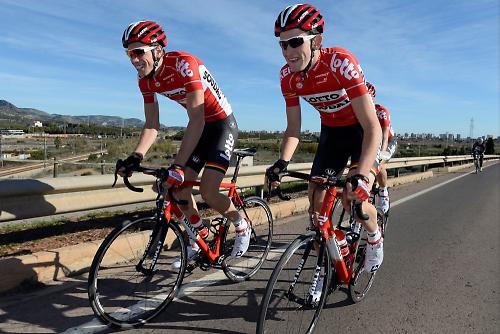 Lotto-Belisol has changed its name for 2015, Soudal stepping up to become a title sponsor. Who are Soudal? Only Europe's leading independent manufacturer of sealants, PU-foams and adhesives for experts and for private persons, that’s who.

It’s one of the more classic and classy jerseys in the peloton, we reckon. Powerful. It's worth at least an extra 2mph in a sprint finish. 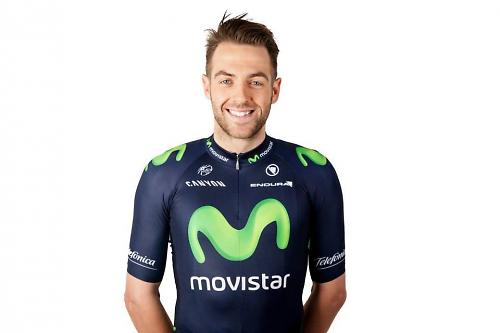 Movistar’s kit from Scotland’s Endura appears to be exactly the same as last year’s (we’re talking about the looks rather than the technical attributes of the clothing which we know to have been developed). In 2014, we accused the design of looking ‘a little dated’. Now, just one year on, we’re giving it a seal of approval as ‘retro’. That’s the fickle world of fashion for you. 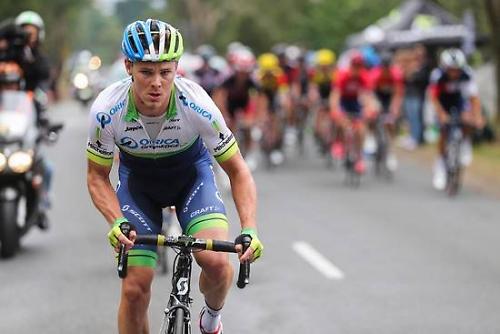 Looks exactly the same as last year. If they can't be bothered to make the effort then neither can I. Next. 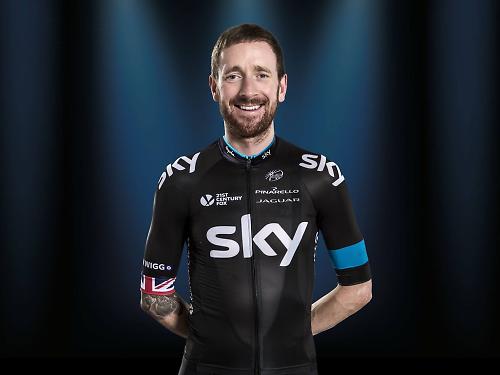 Rapha might have updated the technology in Sky’s jersey, but the only visual difference we can spot from last year’s is the addition of a blue line around the top of the collar. Oh, and there are some new stripes around the back. The devil’s in the detail, clearly. 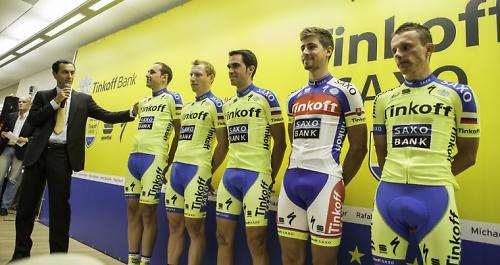 Tinkoff-Saxo went big with yellow last year. This time around they’ve gone even yellower, included a Russian national flag and added the Tinkoff Bank script in Cyrillic (Peter Sagan is in his Slovak national champion version).

That’s a heady mix. Distinctive, until we get to the Tour de France (or any other race where the leader wears a yellow jersey) when it becomes confusing. Maybe they'll switch to their camo training kit for those races. 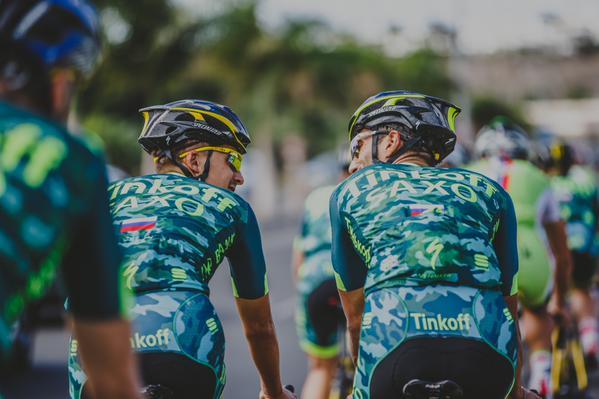 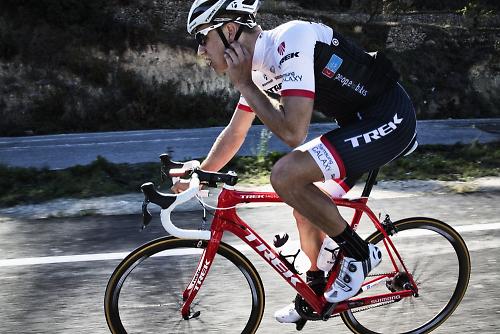 Trek’s kit was black with white pinstripes last year. This year they’ve kept both of those elements but added a large area of white across the top of the chest, shoulders and upper back, and also included red accents for more visibility in the peloton. They’ve moved from black and white bikes to viper red too, so you should be able to see them coming.

Right, over to you. What do you reckon? Give us your top 3 in the comments below.