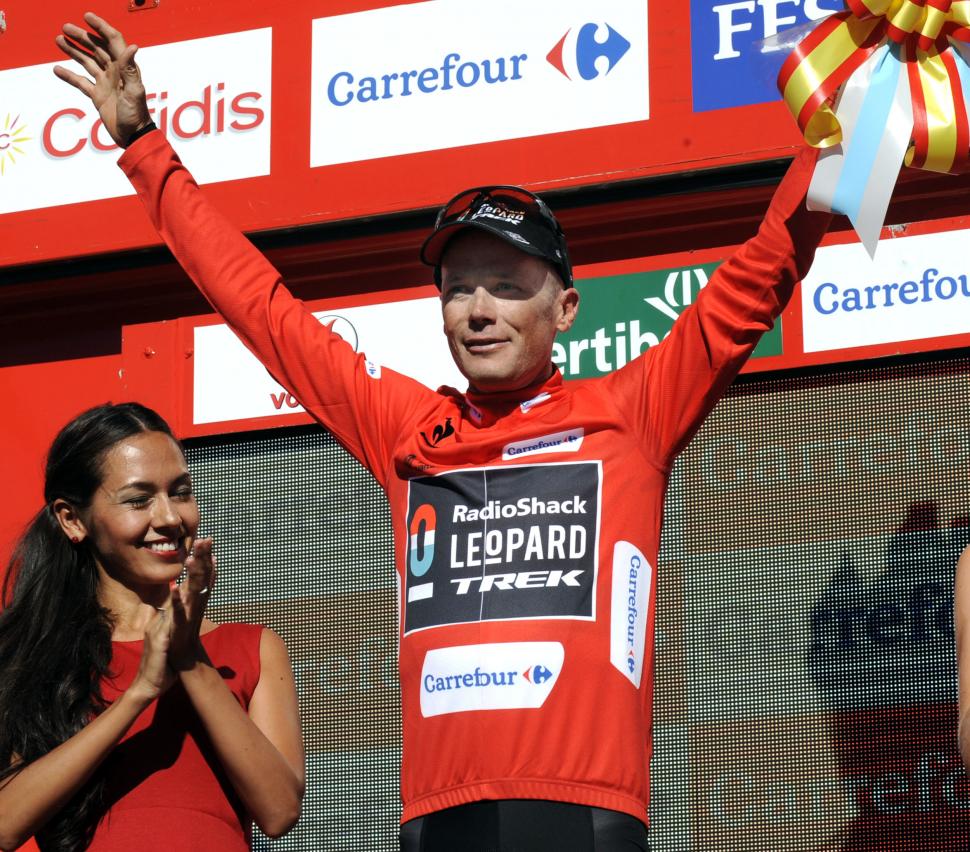 Saturday sees the start of the final Grand Tour of 2014, the Tour of Spain (Vuelta a España), and with a typically tough parcours and a star-studded field that includes several Grand Tour winners, it should be a cracking race even without last year's winner Chris Horner who has been withdrawn by his team because of low cortisol levels. Here’s our guide to the opening week of the race – and don’t forget to enter our Fantasy Cycling competition, where you can win a Verenti Insight 0.2 bike worth £1,120.

Sky’s Chris Froome and Alberto Contador of Saxo-Tinkoff, both of whom crashed out of the Tour de France in the opening week and a half are back racing – the Spaniard says he is targeting stage wins rather than the overall – while Nairo Quintana, winner of the Giro d’Italia in May, is many people’s pick for the overall.

His Movistar colleague Alejandro Valverde is a past winner of the race and could also be in the mix, while Katusha’s Joaquin Rodriguez is as ever a podium candidate. FDJ.fr’s Thibaut Pinot meanwhile will be looking to build on his podium place at the Tour de France, though with the Vuelta coming just a month after the finish of that race, could the Spanish race be coming round too soon for him?

Opening with a team time trial, the first week of the race unfolds in the far south of the country, meaning that the peloton is likely to have to deal with searing heat – something that can particularly affect riders from cooler countries such as those in northern Europe.

In recent years, the Vuelta has tended to start with a team time trial and this year is no exception. The route in the sherry-producing capital Jerez de la Frontera is pan-flat, and the distance means the time gaps shouldn’t be too big.

It’s a technical course though, with cobbles encountered early on in the old town and a lot of twists and turns. Teams including Omega Pharma-Quick Step, Sky and Movistar will be among the favourites, but watch out too for Orica-GreenEdge, which has made a speciality out of the discipline.

With the only climb, a Category 3, coming early on, this should be a stage for the sprinters – and there aren’t too many of those in this year’s race, so their teams will have an extra incentive to reel in any break.

If the wind is blowing in from the Atlantic, though, it could be a very nervous day in the peloton, with the GC contenders anxious to keep near the front of the bunch to ensure they aren’t left behind should echelons split the field.

Here’s something we haven’t seen before; a stage that starts on an aircraft carrier, in the port from where the French and Spanish fleets sailed out to fight the Royal Navy in the Battle of Trafalgar, but it’s a sharp kick up to the finish that will see most of the fighting today.

Three Category 3 climbs on today’s route through the Grazalema national park should encourage attacks ahead of that finish that seems tailor made for a punchy rider such as Joaquin Rodriguez to prevail and we may well see a change in wearer of the leader’s jersey. 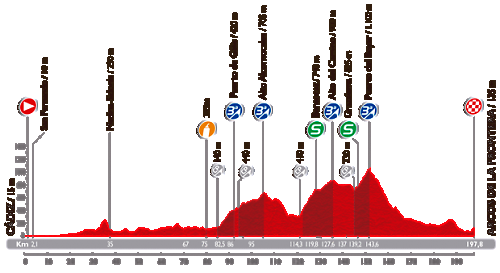 Last time the Vuelta headed into Cordoba, five men got clear on the final climb and four of them were from Liquigas – including the eventual stage winner, Peter Sagan. That same ascent, the San Jeronimo, features again today.

As a result, it’s unlikely to be a stage for the sprinters, with the climb inviting attacks and likely to see a small bunch or even a solo rider get away to take the stage win. It’s a relatively short stage but one on which hydration will be crucial with temperatures close to 40 degrees Celsius. Once again a Category 3 climb features on the day’s itinerary, and once again it is one that is likely to see the field break up, partly due to its length. With tomorrow’s stage providing the first big mountain test, the overall contenders are likely to preserve their energy.

The finish in the stunning city of Ronda should again be contested by a select group, and given that stage looming tomorrow this may be a day that some of the less heralded teams have ringed in red on the calendar as one in which they can notch up a victory.

This is by no means the toughest mountain stage of this year’s Vuelta, but it should provide a guide to which of the GC men are in form, as well as an indication of the extent to which Chris Froome and Alberto Contador have recovered from their injuries at the Tour de France.

The final climb makes its debut in the race and is 6 kilometres in length, with the maximum gradient being 13 per cent, and is likely to see the overall challengers keep a close eye on one another ahead of late attacks in a bid to grab a few seconds’ advantage on GC. 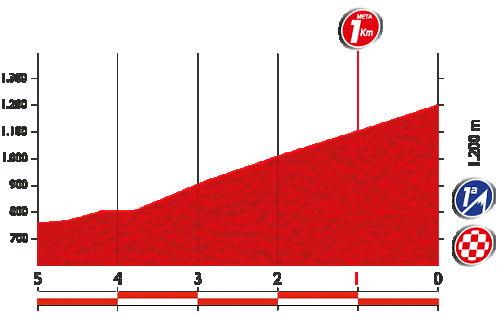 Tomorrow’s stage, which contains no categorised climbs, will be eagerly anticipated by the sprinters, although today may provide an opportunity for the stronger ones among them to go for the win.

Again, there is a Category 3 climb in the latter part of the stage that may see some, but the last 5 kilometres to the finish in Alcaudete, making its first appearance in the Vuelta, should see a scrap develop as the puncheurs look to distance the riders with faster finishes. 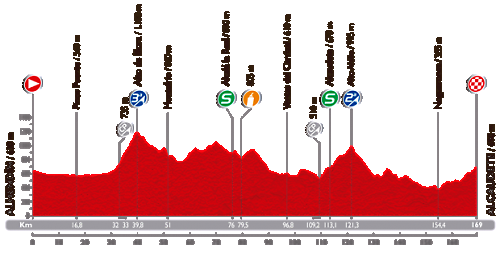