Belfast is awash with pink as it prepares to host the first two stages of the 2014 Giro d'Italia, which unusually starts on a Friday evening to allow for an extra day for the transfer back to Italy, and concludes a little more than three weeks later in Trieste.

Here's our stage-by-stage preview to the year's first Grand Tour, including stage maps, profiles and the final kilometres of each of the 21 stages. You'll find all of those, and much more, in the Giro's roadbook, the Garibaldi, which you can download here (warning - at nearly 60mb, it's a bigfile).

The 97th edition of the Giro d’Italia gets under way with an evening time trial that begins in Belfast’s Titanic Quarter and finishes at Donegall Square North, on the way taking in the grounds of Stormont House, home to the Northern Ireland Assembly.

It’s not the most technical of courses, but in the forecast wind and rain things could get dicey for some teams, and there is a short but steep kick up to Stormont that could see a loss of shape and even riders dropped ahead of the halfway point. 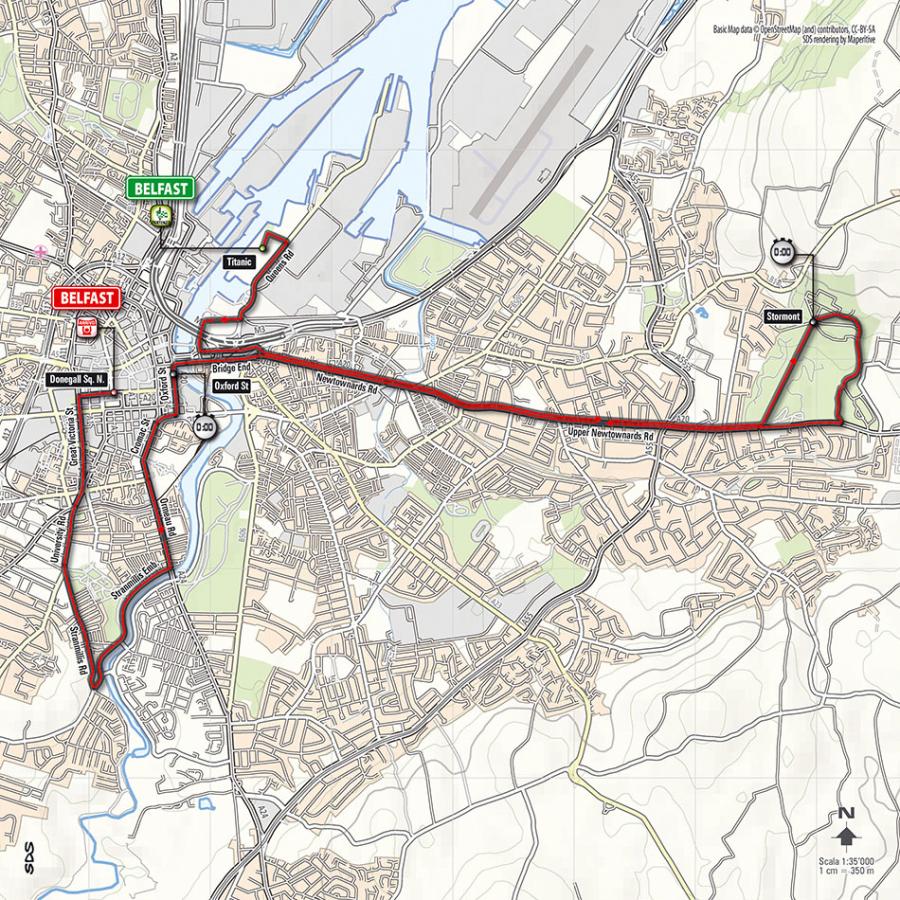 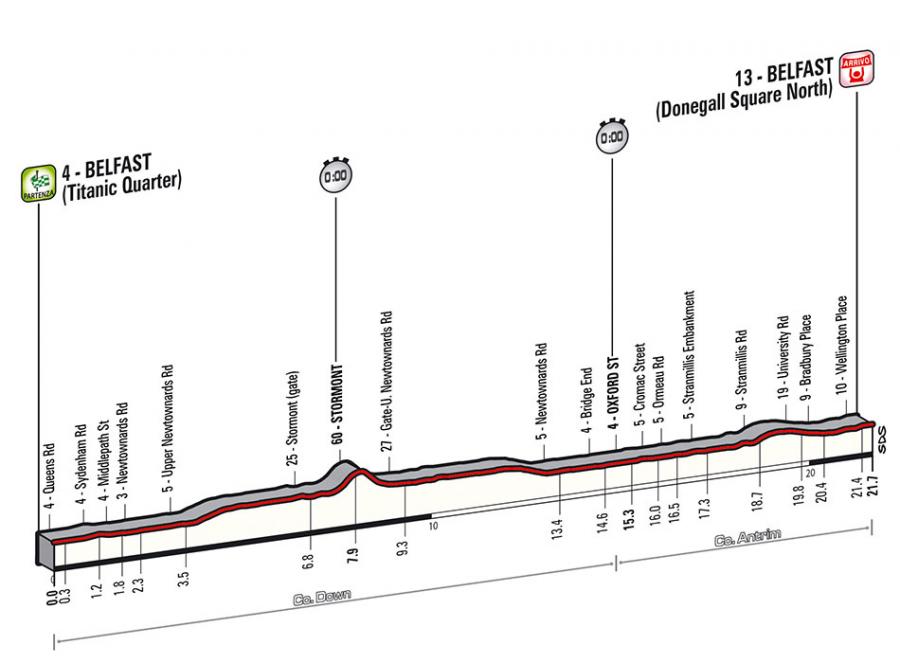 The first road stage of the race sees the peloton head north out of Belfast towards the County Antrim coast and the Giant’s Causeway, where the route swings west then south back along the coast to Belfast.

On paper, this should be one for the sprinters, but again the weather could be decisive, be it in terms of wet road surfaces causing crashes or the wind, on what is at times a twisting second half of the parcours, causing echelons to form. An unpredictable day. 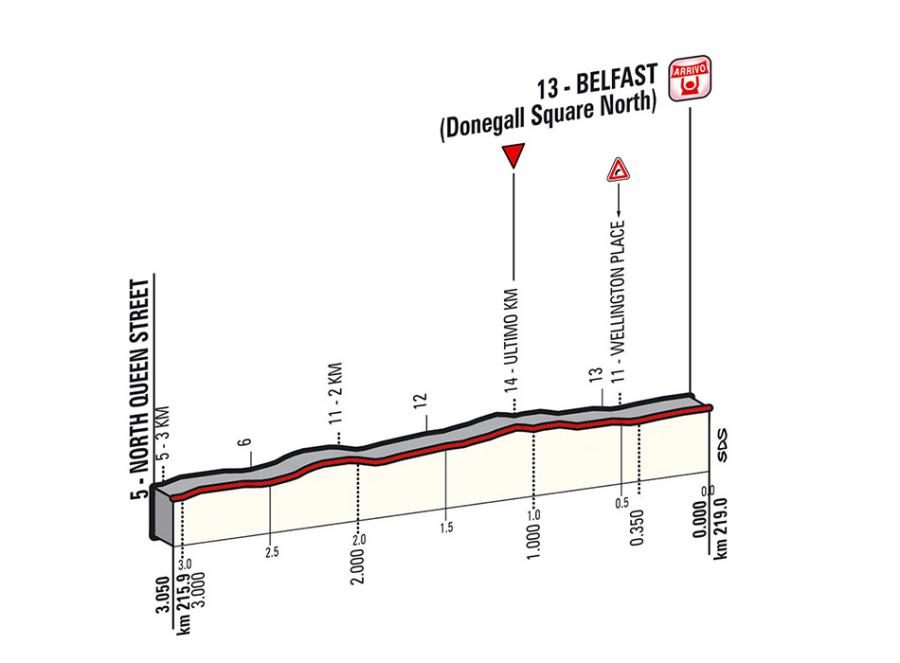 The third and final day in Ireland sees the Giro cross the border for a stage into Dublin that has a flat but twisting route for the final 65 kilometres or so, with the second of the day’s categorised climbs crested just after the 50km point.

Once more though there’s a strong chance of rain and winds in the afternoon, which could well shape how the stage pans out, and it could be a very nervous peloton that heads south along the coast, especially if yesterday’s stage turned out to be as tough as some are predicting. Folllowing the transfer from Ireland to the south of Italy, the riders are eased back into the race with a short, flat road stage that finishes with eight laps of an 8.3km circuit in the Puglia’s capital, Bari. This looks certain to end in a sprint, but as we saw in Denmark in 2012 and Naples last year, late crashes can take out some big names.

It will certainly be warmer than Ireland, but you only have to look at when the 2013 Giro headed into the deep south to know that storms are a big possibility down here in May – remember John Degenkolb’s Stage 5 win in the rain in Matera? – and as of the eve of the race, there is one forecast for today. The toughest stage of the race so far, and the first uphill finish. The route heads uphill at around the 60km mark, and unusually the day’s first climb isn’t categorised for the mountains classification but instead hosts the day’s intermediate sprint at its summit.

Officially, the stage’s toughest climb is the Category 3 Valico di Serra di San Chirico, but it will be the two Category 4 climbs to Viggiano later on, with the finish line crossed for the first time with 13.1km remaining, where the day is likely to explode into life. It’s one when GC contenders won’t want to lose time on their rivals. Today’s long stage takes the race northwest through Campania, scene of last year’s Grande Partenza, although the route skips both the spectacular Amalfi Coast road and Naples seafront that featured 12 months ago as it heads into Lazio for a stage finish at Montecassino.

This year marks the 70th anniversary of what was one of the pivotal battles of World War II as allied forces fought their way up the Italian peninsula following the landings on Sicily and at Anzio, hence the choice of location of today’s stage finish, which promises to be a tough one - especially that final climb. 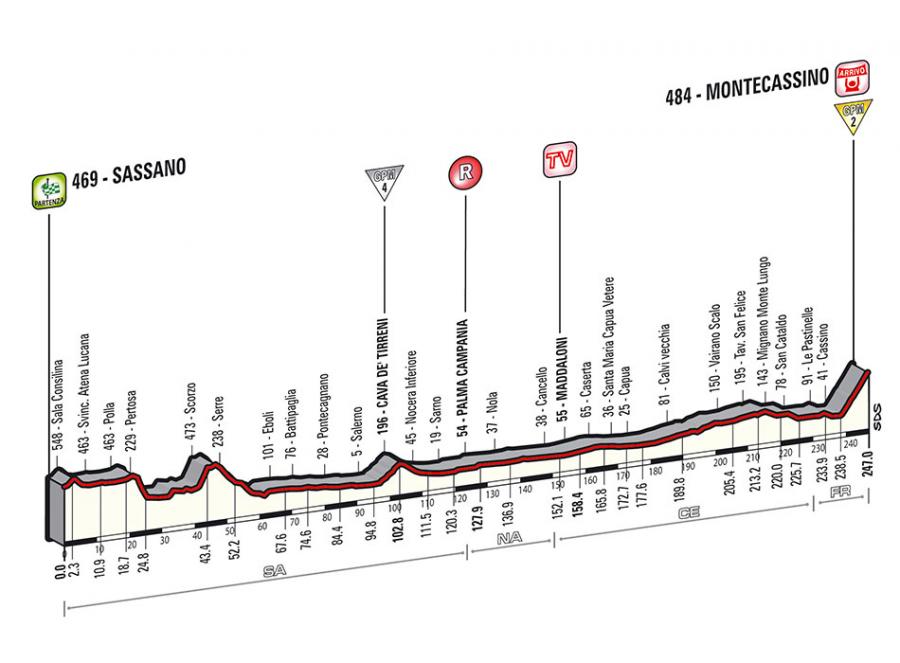 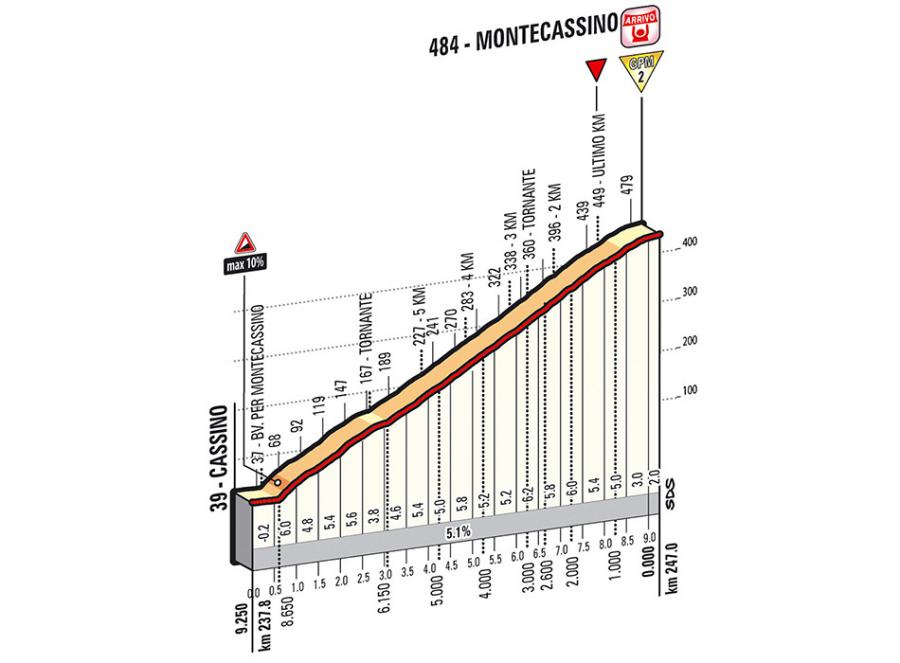 The Giro continues its journey north with an intriguing stage that begins with a vertical height gain of 800 metres over the opening 29km or so to the Valico di Arcinazzo – an ideal opportunity for some riders to go on the attack.

With a big day coming up tomorrow, a break could be allowed to stay away as long as there’s no threat to GC, but the final climb, the Category 4 Valico della Somma, comes 40km from the finish, giving what is likely to be a reduced peloton a chance to reel in any escapees. 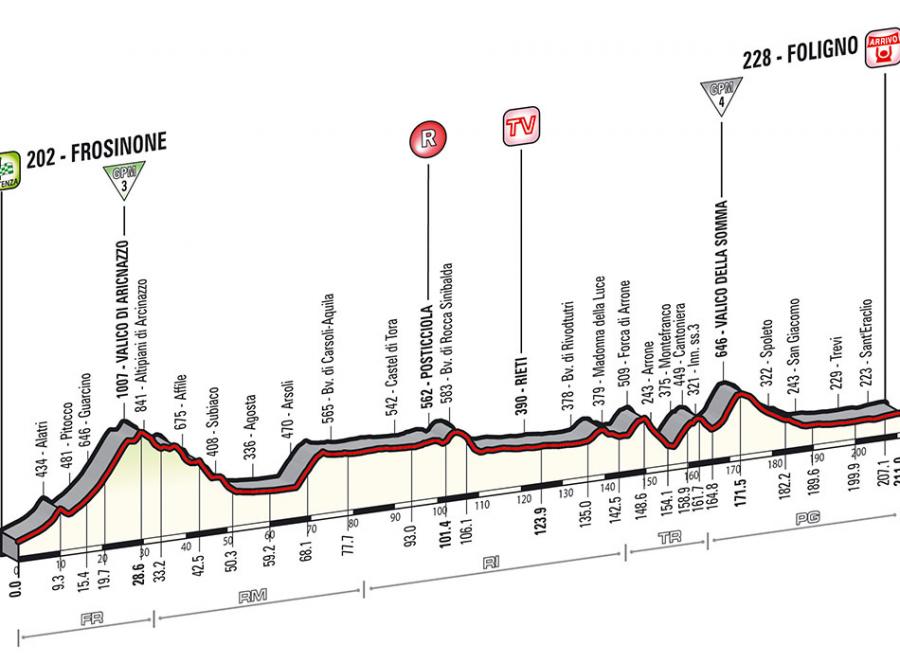