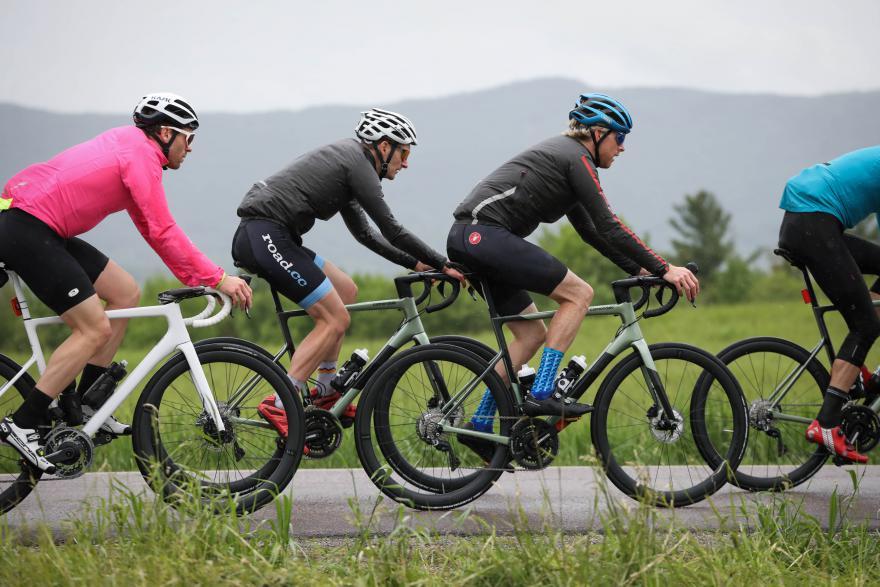 There are many benefits to riding in a group, as we outlined previously, but there are just as many pitfalls to be wary of. 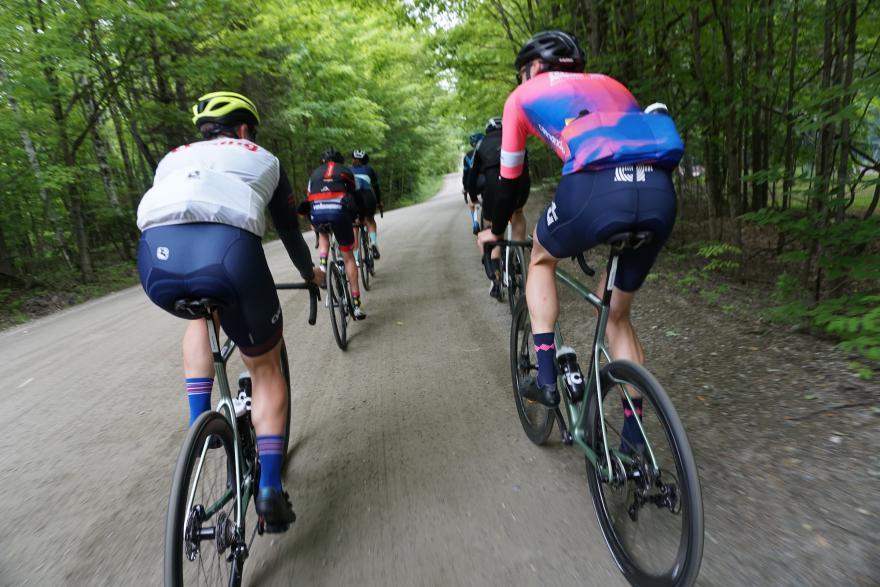 One of the biggest problems with riding with a group is being dropped because someone else is setting the pace. You might be partaking in an organised ride or a social event, the pace is heating up and your legs, well they just aren’t responding, the gap to the rider in front is opening and boom you're out the back on you own.

- Cycling survival: What to do when you get dropped — and how to avoid it

Somebody else setting the (high) pace 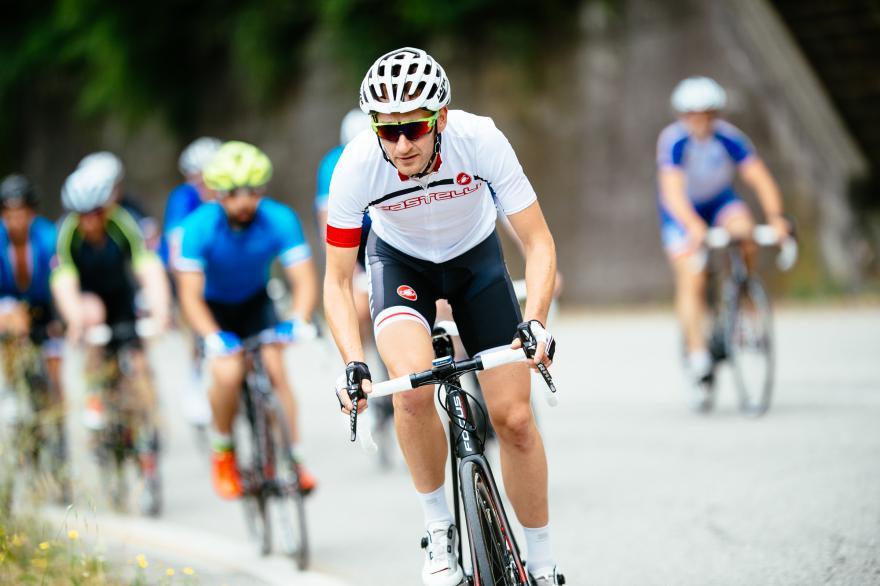 You’re not a victim to being half-wheeled or those annoying people who insist on sprinting up every climb, or ride to a set power because their training plan insists on it. Nope, riding on your own means you’re in charge and nobody is going to force you to ride faster than you want to.

Getting covered in mud and road spray 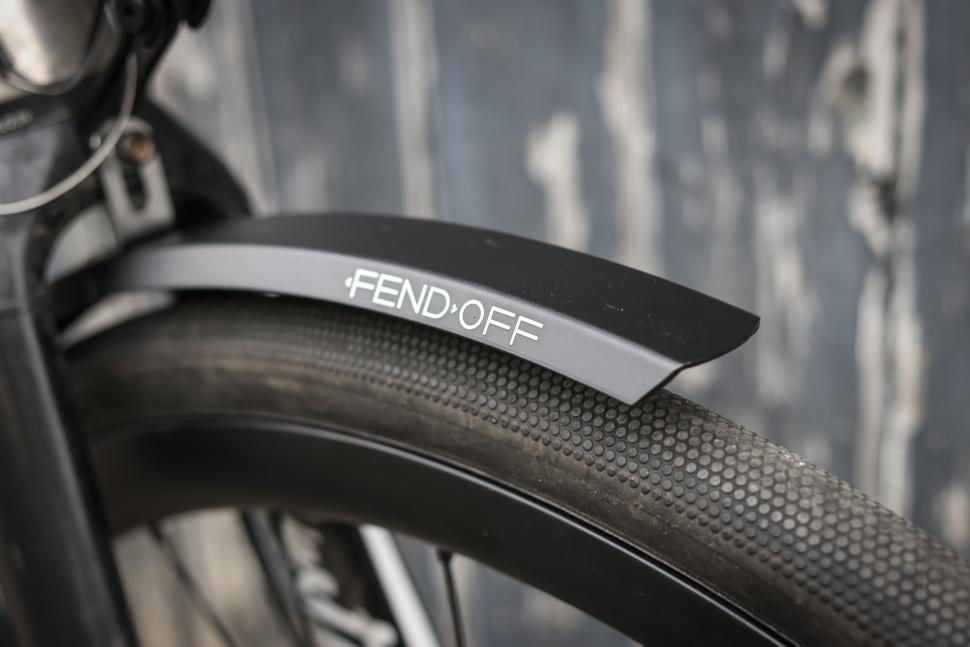 Riding in a group of cyclists on wet and mud-covered roads without enough mudguards to go around. It's one of the reasons I stopped riding with my local club through the winter, I would return covered in mud because very few people want to ruin the clean lines of their bikes with mudguards!

Some clubs have enforced strict mudguard policies to address this anti-social behaviour. Turn up without mudguards and you’ll be forced to ride at the back if they even let you join in at all. 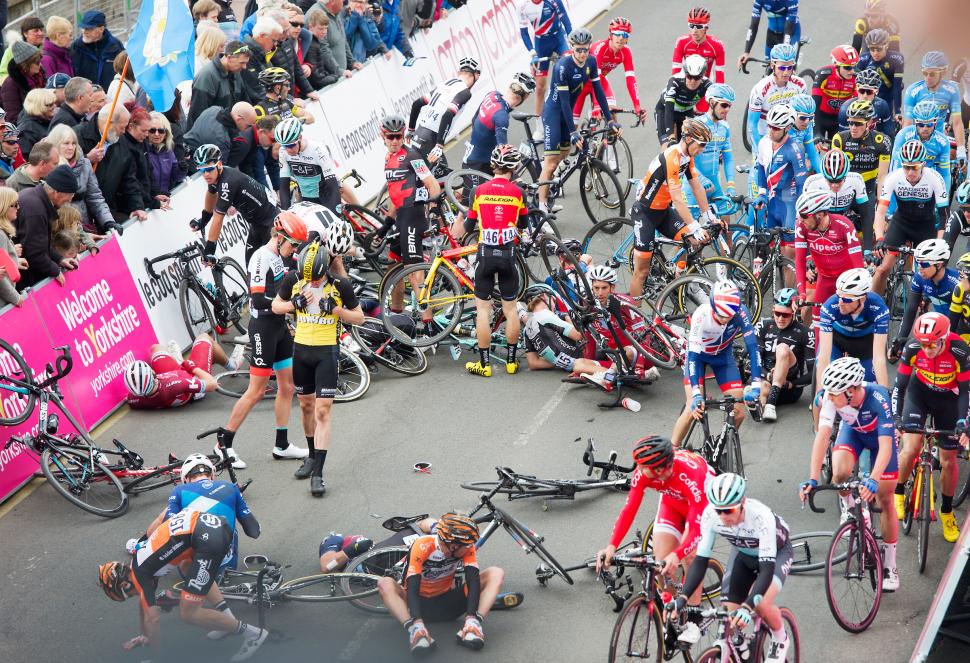 Crashes are more likely to happen in a group unless they are very organised and there’s a shared trust that everyone is riding considerately. I’ve seen firsthand the penalty of riding behind an erratic ride and it’s not pretty at all.

You need great trust in the person ahead to not doing anything erratic like suddenly braking or weaving when you’re following them closely, as you do in a group ride to reap the benefits of riding as a large unit.

Annoying squeaks and rattles from other bikes

The only thing worse than your bike making an unwanted noise is another bike squeaking and rattling alongside you. You’re spinning along lovely country lanes listening to the sound of someone’s badly maintained bicycle ruining the ride.

You’re not in charge of the route 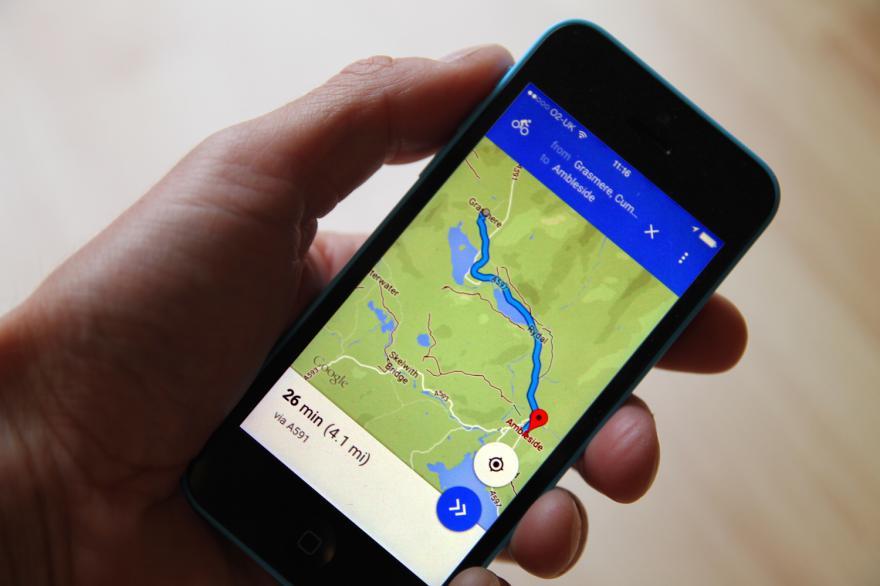 Often riding in a group means you have to ride where other people want to ride. Sometimes this can result in you discovering new roads, but it also means relying on other people and their navigation skills. When you ride on your own you can go where you want and be out as long as you want.

You can't stop when you want

Need to stop for a coffee and slab of cake on a cold winter ride? You can do that whenever you want on a solo ride, but riding in a group might not permit you such luxury. Even a quick pee stop can be out of the question. 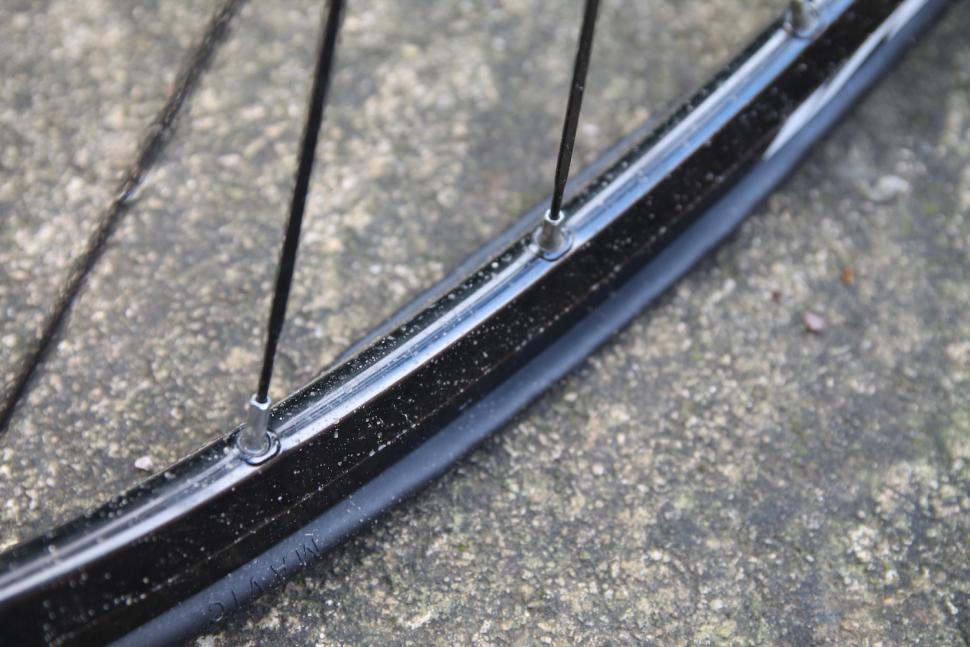 The most annoying thing about riding in a group, especially at this time of year, is when someone punctures. Etiquette dictates that the whole group stops while the flat is fixed, but that can mean standing by the side of the road in the freezing cold/pouring rain whilst somebody struggles in vain to inflate a tyre with a pathetic mini pump.

On the flip-side, if you get a puncture and the group disappears up the road you’re left on your own to change the inner tube and then spending the remainder of the ride on your own.

- How to repair a punctured inner tube 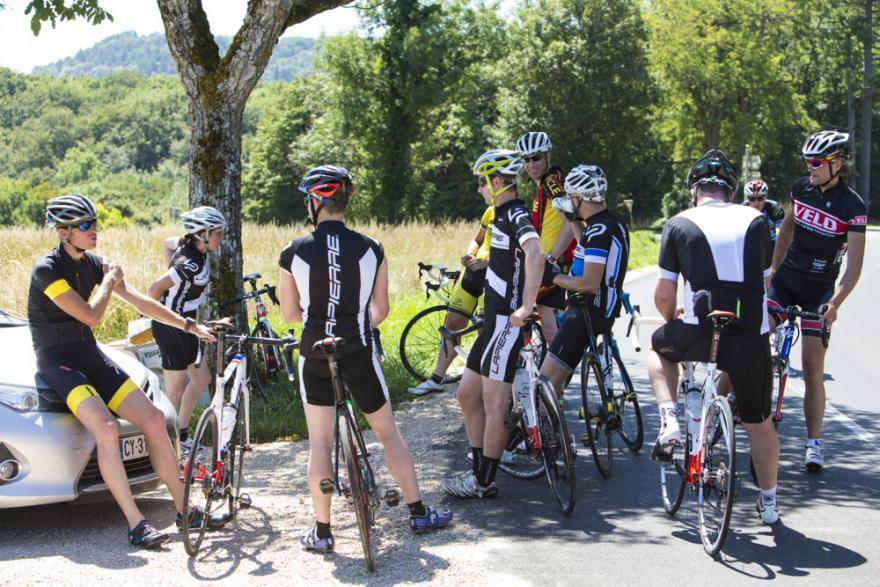 There’s always someone, everyone knows them, that is just poorly prepared. They turn up late to the group ride forcing everyone else to wait for them, they usually have some sort of mechanical issue due to a badly maintained bike, they forget a rain jacket, food or money for the tea stop, and expect everyone else to bail them out.

You have to make conversation 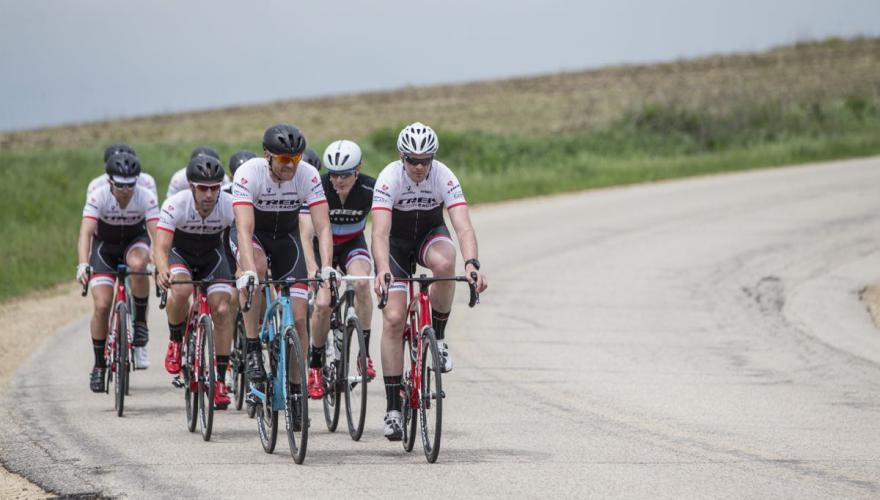 In a well-organised group you’re often paired up with people and that means you have to make conversation. That is one of the attractions of riding in a group, and it helps the miles pass by, but there are days when you’re tired and you just want to sit and spin along in silence.

And one of the beauties of cycling is that it gives you time to clear your head after a busy day in the office or escape home life for a few hours. It can also be a great way to think about stuff, a problem you’re trying to solve at work or you’re seeking inspiration for a new challenge. You can’t do all that if the person next to you is droning on endlessly about training plans and FTP tests.

They start without you 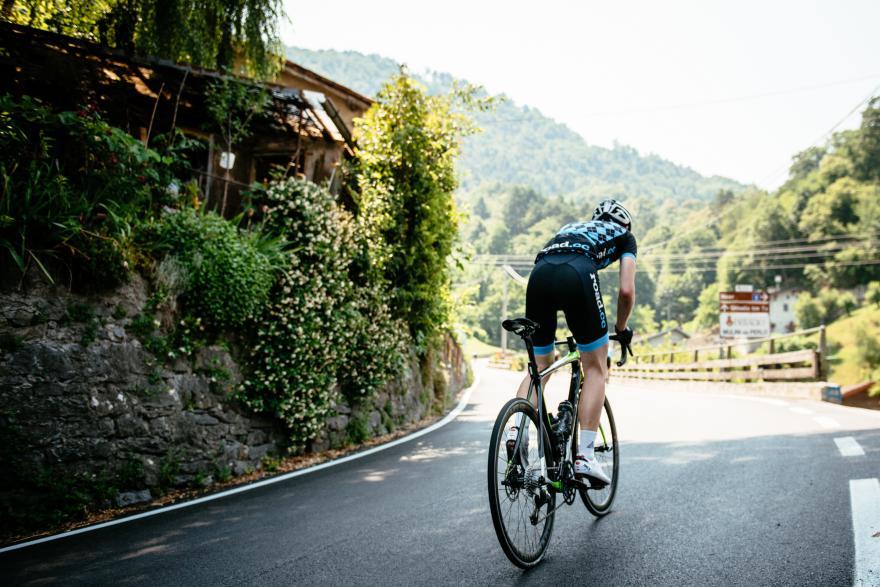 Group rides often start on the hour and if you miss it by a few minutes you might be riding on your own anyway. Nobody likes to hang around for the one person that is always late. But when you ride on your own you can set off whenever you like and in your own good time, you’re not beholden to someone else’s schedule. Cycling groups usually like to get out early too and if you’re not an early bird riding on your own is not only easier but often your only option anyway.