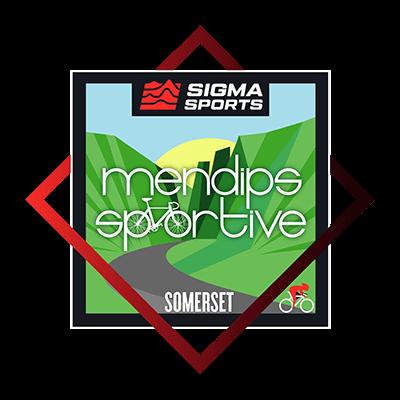 Starting just outside Glastonbury, this route takes you through spectacular Somerset, first heading north through a series of sheltered back lanes across the River Axe. The Mendips sportive starts completely flat, and stays that way for much of the ride, but there are a handful of major climbs thrown in for good measure – what else would you expect in a land littered with so many beautiful gorges?

Your first test will come around 15 miles in, and the small village of Easton acts as a passing point to flag the climb’s start. You’ll take in just under 850ft of ascending in a short space of time – there’s no hiding the fact that this is steep. The views are worth it, though, and once you’ve reached the top you can afford to sit back and roll through the next few miles, taking in the incredible natural scenery as you go.

The next test won’t come for a while yet, as the route feeds through a series of secluded Somerset villages. Eventually you’ll pass through Blagdon, which is the final flat point before the next climb, which will take you higher than the last major one but doesn’t take as much input, as you’ll have started from a hill-top position. Soon enough, it’s time to take in Cheddar Gorge in all its glory – but will mean another major climb! Once you’ve passed this, it’s plain sailing back to ride HQ.

While the Mendips Sportive can be considered tough - the Epic and Standard routes have some great climbs to tackle, including Cheddar Gorge - those with elevation phobia can always opt for our Short route. It might not take you through Cheddar but it is still equally beautiful and rewarding.