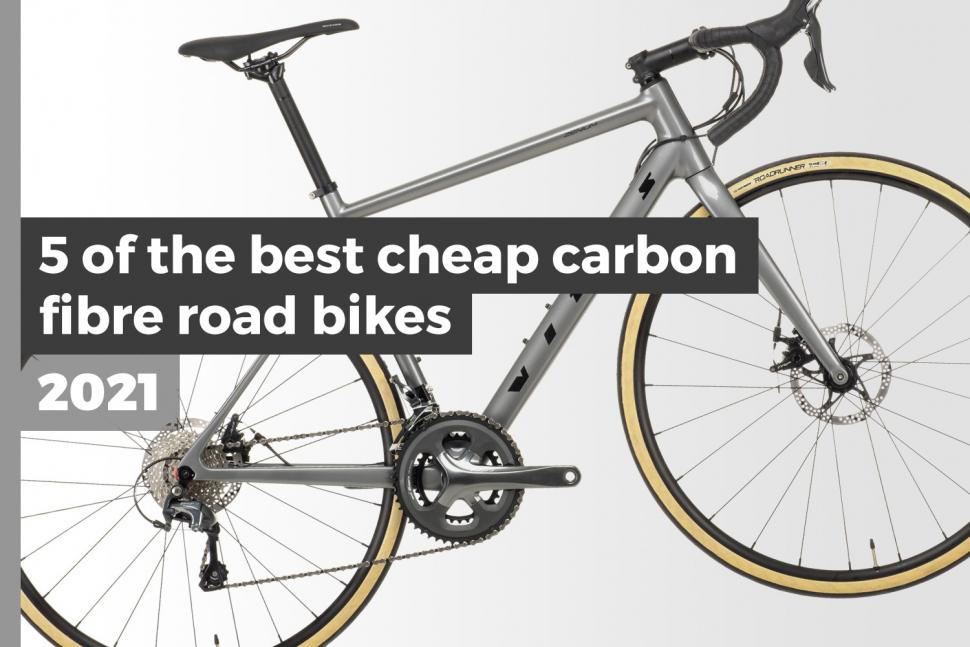 Looking to save some weight and some cash? These are the cheapest carbon road bikes that we still rate highly
by John Stevenson

Welcome to the latest edition of road.cc’s buyer's guide to carbon fibre bikes under £1200 in which you’ll find everything you need to know to find the right sub-£1,200 carbon bike for you, plus our pick of five of the best in class.

Most bikes at this price normally feature aluminium frames. That’s because it costs less to make a frame out of aluminium than carbon fibre. There’s nothing wrong with aluminium, we’re fans of the material especially with the advances that have been made recently.

Carbon costs more than aluminium so you will typically sacrifice the quality of the components, with a lower tier groupset, wheels and finishing kit common. A carbon frame is likely to be lighter and stiffer than aluminium, though and does offer good upgrade potential so you could replace parts as they wear out.

Recent rises in the prices of anything purchased by suppliers in dollars (which is basically everything in the bike industry) has pushed up the price of even the best bargains in carbon bikes, but there are still a few out there. 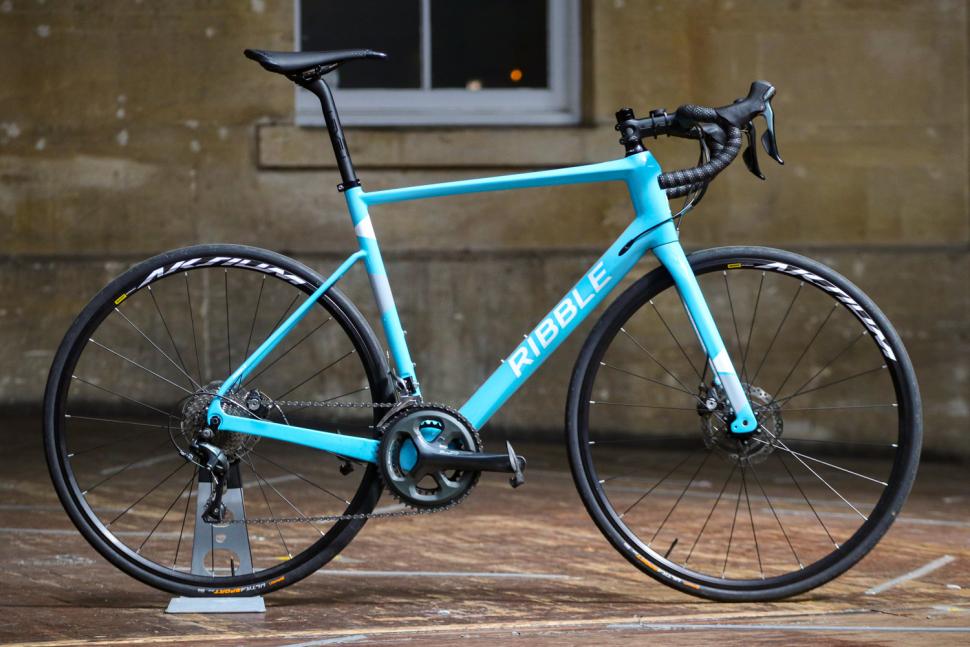 The Ribble R872 Disc Tiagra is a carbon fibre road bike that's built to a sportive-friendly geometry and it offers a much higher performance than you've a right to expect at this price. Plus, there's the bonus that you can tweak the spec to suit your taste and budget.

Tester Mat writes: "The feature that surprised me most about the Ribble R872 Disc's ride is the front end stiffness. In this respect it feels like a bike costing way more than this. Haul on the alloy handlebar and everything is absolutely rock solid. You might not pull out your best Mark Cavendish sprint all that often but you'll appreciate the rigidity when climbing out of the saddle and also when cornering hard – you can really chuck this bike through the bends.

"The frame is almost as stiff elsewhere, giving the feeling that none of your energy is going to waste. It really is hugely impressive for the money, made with T700 carbon fibre and boasting a tapered head tube, and neat internal cable routing and compatibility. The fork is full carbon too."

Read our review of the Ribble R872 Disc Tiagra 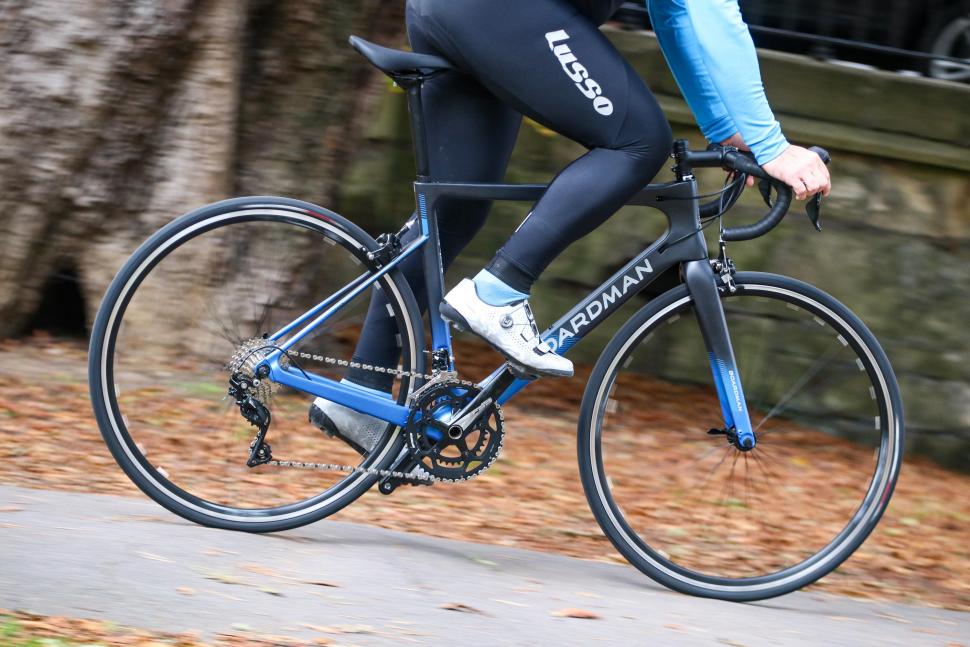 The Boardman SLR 8.9 Carbon retains its excellent frameset for 2021, but it's now bedecked with an even better groupset for a wider, 11-gear spread. It only boosts the already great versatility, and it's ripe for longterm upgrades.

Tester Stu writes: "Mat tested the previous version of this bike back in 2018 and was very impressed, and now I've ridden the 2021 version I can see why. It's brilliant!

"I did a couple of long rides – four hours or so – on the 8.9 and it's a smooth ride. There's no harshness to speak of, and I found the riding position well thought out.

"It's a quick and efficient bike to ride, especially as the front end geometry is on the lively side of neutral. Technical descents can be taken at speed, not only because of the planted feel, but also thanks to the stiff fork and rigid, tapered head tube and steerer." This is the budget version of Vitus' carbon-fibre road platform, which had something of an overhaul in 2021 with room in the frame for tyres up to 30mm. In keeping with the trend for lower gears to make life easier on the hills, this 2021 version has a 50/34 chainset and 11-32 sprockets. The Tiagra groupset is solid, dependable stuff and while the brakes are cable-actuated on this model, it wouldn't be absurd to upgrade them to partially or fully hydraulic stoppers down the track. 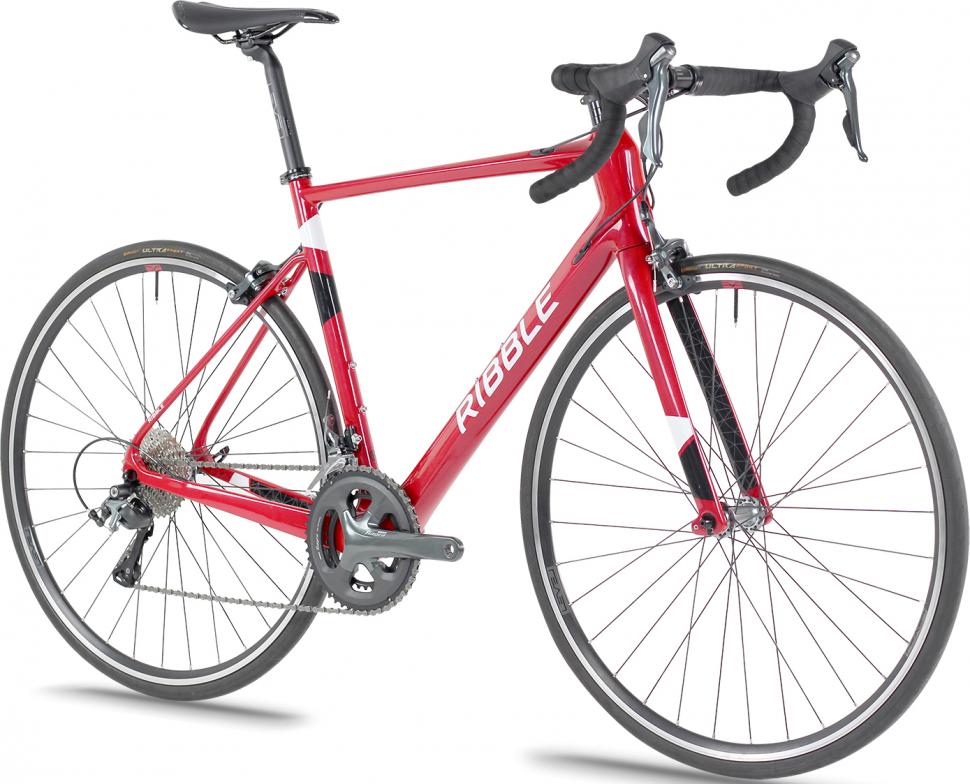 Pick a Shimano Tiagra groupset and the cheapest wheels and stem on Ribble's bike builder and you can put together Ribble's all-carbon endurance bike for a little over four figures. This is a well-liked frame that's worth upgrading when budget allows. It's always worth checking out Merlin Cycles for keenly-priced own-brand bikes, and the Cordite looks like another bargain from the Chorley mail order specialist.

Your £1,099 gets you a full high modulus carbon fibre frame and fork and a Shimano 105 groupset including the chainset, a part many bike makers swap for the cheaper 'non-series' equivalent.

The Cordite rolls on Merlin's own RA-1 wheels and has a decent Controltech finishing set.

The only downside is that you're going to have to be a smaller rider — the only size Merlin's currently listing is 49cm.