Load of new bikes have launched this year, here are some of our faves
by David Arthur @davearthur

In case you missed any of the new bikes launched this year, here is a roundup of some of the most interesting, from top-end race bikes to gravel munchers. Warning, this article contains excessive use of the words lighter, stiffer, compliant and aero.

Strictly speaking, it’s not a new bike, more a special edition of an existing bike, but it’s pretty special and most definitely new. At 6kg the Ultimate CF Evo Disc is the lightest disc-equipped road bike we’ve ever seen, thanks to a frame made from special carbon and the thinnest layer of paint possible. Then there are some special parts, a saddle made from carbon and a pair of 1,300g wheels that cost £3,000 if bought on their own. Who said disc brake bikes were heavy?

Trek’s Domane is a very popular endurance bike with the novel IsoSpeed decoupler a key feature aimed at providing a smooth ride when you’re contending with badly surfaced roads. It’s been massively updated and Trek says the revised IsoSpeed provides up to  27% more compliance than the old bike. There’s also wider tyre clearance, up to 38mm, an aero makeover to make it more slippery through the air, and some sensible changes like the return of the threaded bottom

Cannondale’s CAAD series of aluminium road bikes continue to be popular because you get a lot of performance for a lot less cash than a carbon road bike. The CAAD13 is the very latest and it’s a massive step forward from the previous CAAD12, with an aero frame inspired by the SuperSix Evo. It’s also lighter and more comfortable, takes up to 30mm tyres and can be had with disc or rim brakes.

Watch a first ride on the new CAAD13 here. 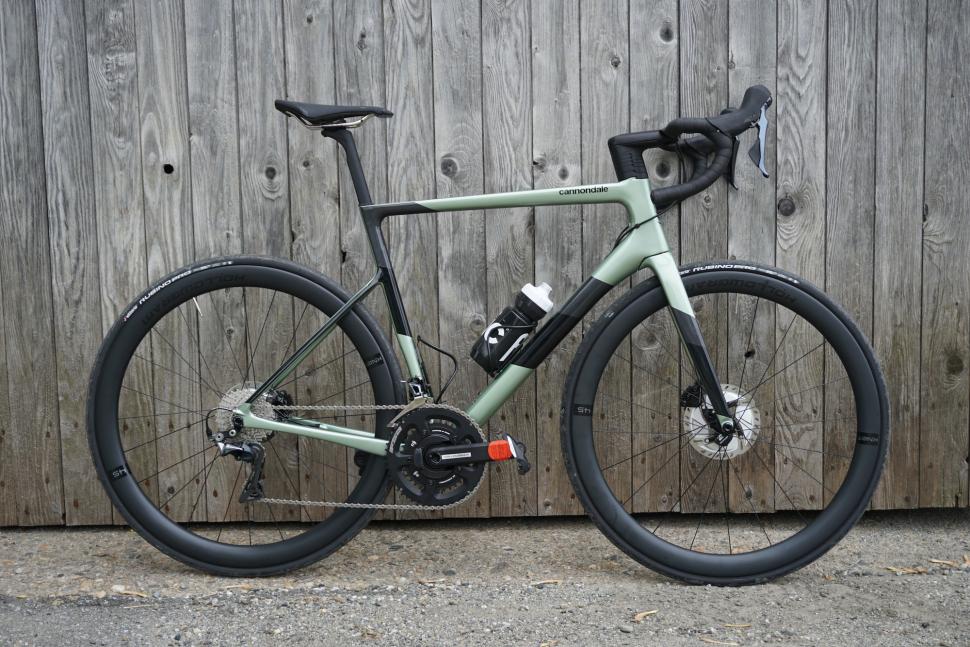 One of the biggest new bike launches this year is Cannondale’s SuperSix Evo. The previous bike was a huge hit with racers and endurance riders alike, a timeless classic. The new bike is a modern redesign aimed at producing a bike that is lighter, stiffer and more aerodynamic. Frame weight is a claimed 866g, it’s 18% more compliant and generates 30 watts less drag than the old bike.

The original Grade launched right at the moment the gravel scene was starting to spread from its birth in the US. Much remains from the previous Grade, a good thing since it was such a capable bike, but it now has increased tyre clearance, lots more mounts, more compliance from the unique seat stays being detached from the seat tube, and adjustable geometry. What now? GT has developed a fork with a flip-chip in the dropout to adjust the trail to alter the handling for different riding, from loaded bikepacking to fast gravel race. 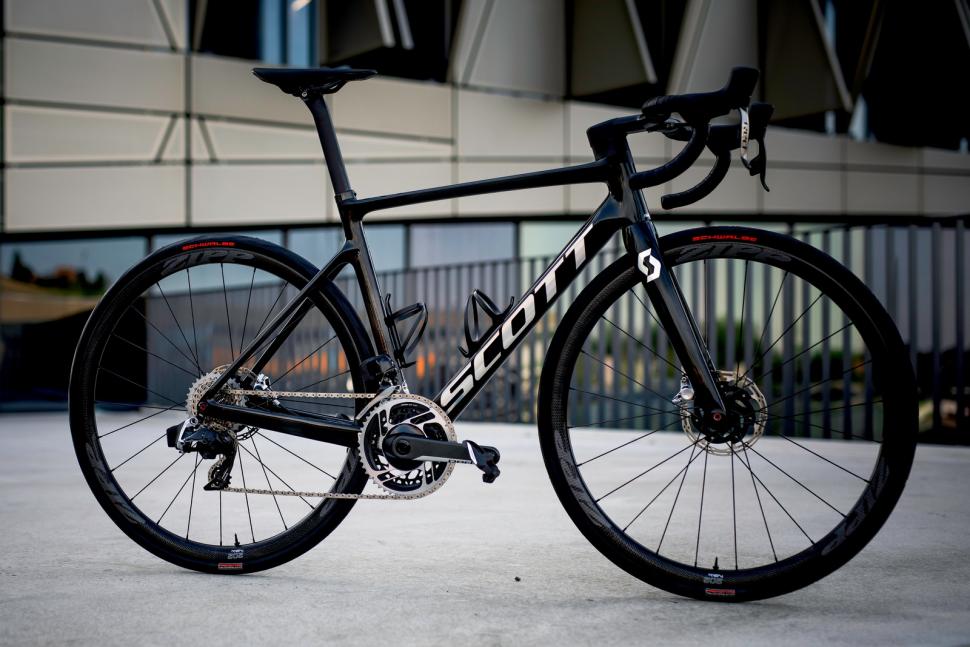 Road race bikes are getting lighter, faster and more comfortable. The Addict RC is one of the cleanest new bikes launched this year, taking integration to the next level with internal routing for hydraulic brake hoses, electronic cabling and even mechanical gear cables. There’s a big aero focus as well with a claimed 6 watt saving over the old bike, whilst maintaining the low 8650g weight of the previous version. And like many new road bikes launched this year, it’s disc brakes only with space for wider tyres.

Lighter, stiffer and more compliant are the key buzzwords of new bikes launched this year, and it’s the result of bike designers all chasing the same goals. Colnago’s new V3-RS, a lightweight aero bike, duly drops weight, now down to 780g, whilst gaining meow stiffness and at the same time, more comfort too. There’s also a new handlebar and stem that routes all the cables and hoses inside the bike for maximum cleanliness. 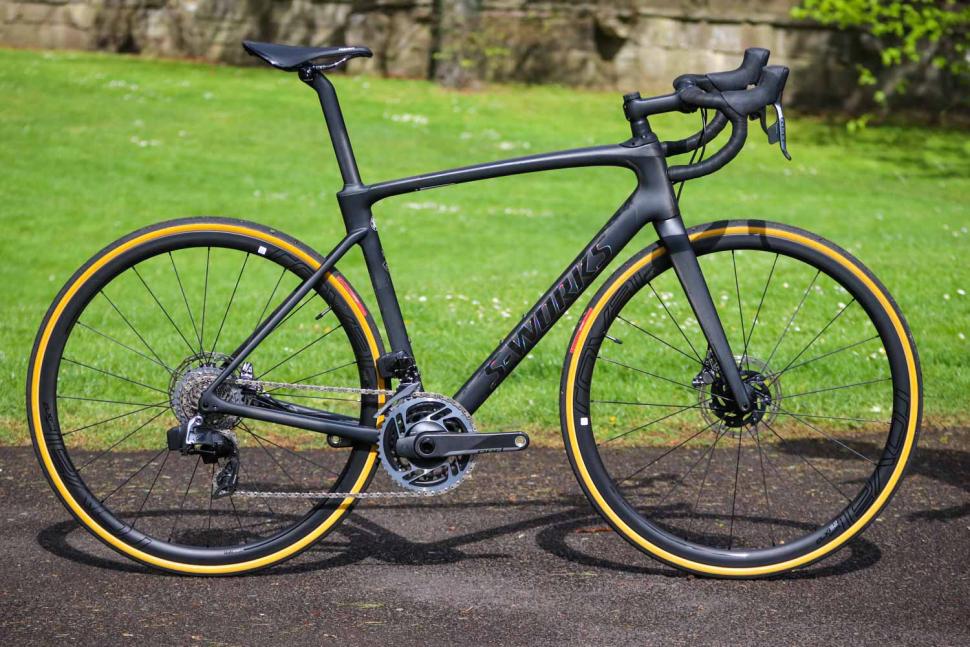 One of the most popular bikes in the sportive and endurance category, for 2020 the Roubaix moves onto the second generation version of this current design. The Future Shock has been updated so its smoother and now controllable, the frame has lost weight, now down to 900g, and it’s more aerodynamic than the company’s Tarmac model. 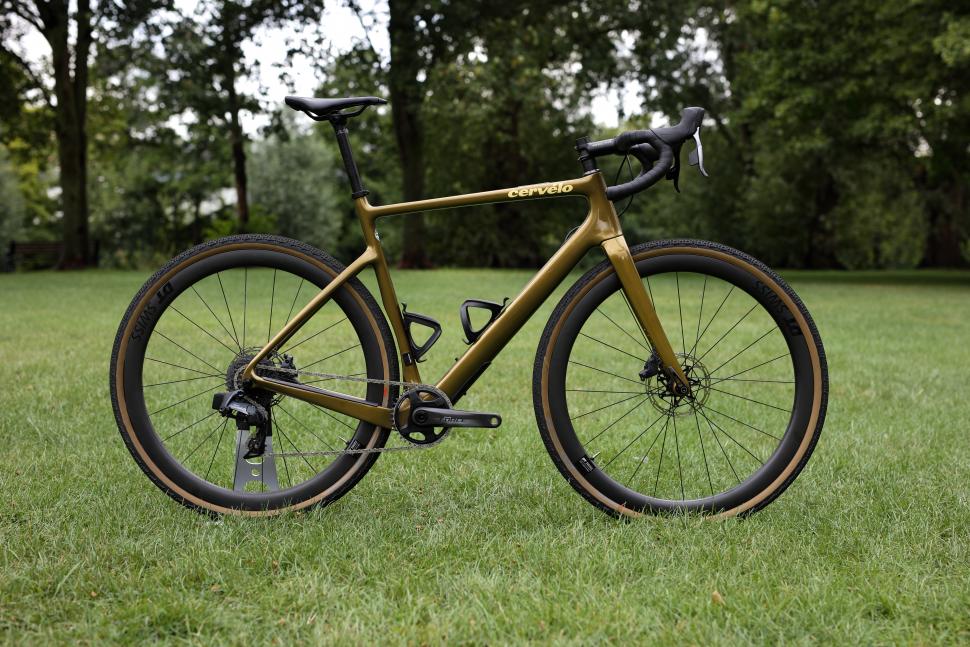 Best known for making high-end race bikes, Cervelo is now bringing that expertise to a gravel bike that has been designed to be fast and performance-focused. You’re looking at a claimed 1,100g frame, big tyre clearance - 700x44 and 650x49 - dropped rear stays and most intriguing of all, adjustable fork offset to alter the trail to suit different wheel sizes and tyre volumes. No mudguard mounts this, showing how much this bike really has been designed for performance.

Cannondale has been busy this year. Along with two new road bikes, it has launched a brand new gravel bike called the Topstone Carbon. It sits above the existing alloy Topstone bikes with a frame made from carbon featuring the unique KingPin rear suspension. A pivot joints the seat stays to the seat tube to provide up to 30mm of rear flex for smoothing rough gravel roads. Add in clearance for up to 48mm tyres, mounts for racks, bottles and mudguards, dropper post compatibility and prices starting from £2k, and you have a mean-looking bike.

Cube gets a good rep for making really good bikes at attractive prices, but with its newly updated Litening C:68X it has set its sights very high. The complete redesign sees an aerodynamic frame and fork with an integrated handlebar for full internal routing, and a disc brake only design just like the latest aero bikes from Specialized, Cannondale and Cervelo.

Following the popular theme of aero frames built solely around disc brakes with maximum integration, here is the brand new Zero SLR from Wilier. The Italian company has worked hard to deliver a 790g frame weight that offers the best stiffness-to-weight ratio of any bike it has ever made. For aerodynamics, the rear stays have been lowered, and the fork blades bow out from the front wheel, and there’s an aero handlebar design. 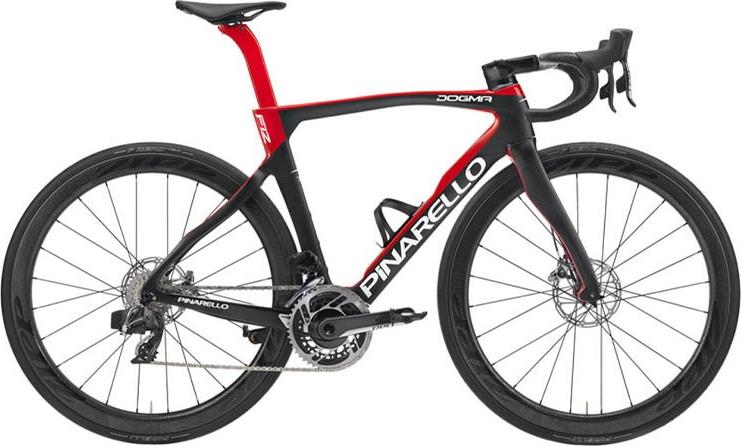 You likely won’t have missed the launch of this new bike this year; it won the Tour de France thanks to Egan Bernal. It’s the latest Dogma F12 and in many ways, it looks very much like the previous Dogma F10, but the frame is said to be 7.3% more aerodynamic. Those savings are largely down to careful shaping of the tube profiles, and also housing as much of the cabling inside the frame and handlebar as possible. And of course, it’s also stiffer than the old bike, to the tune of 10%.

Which new bike would you choose?