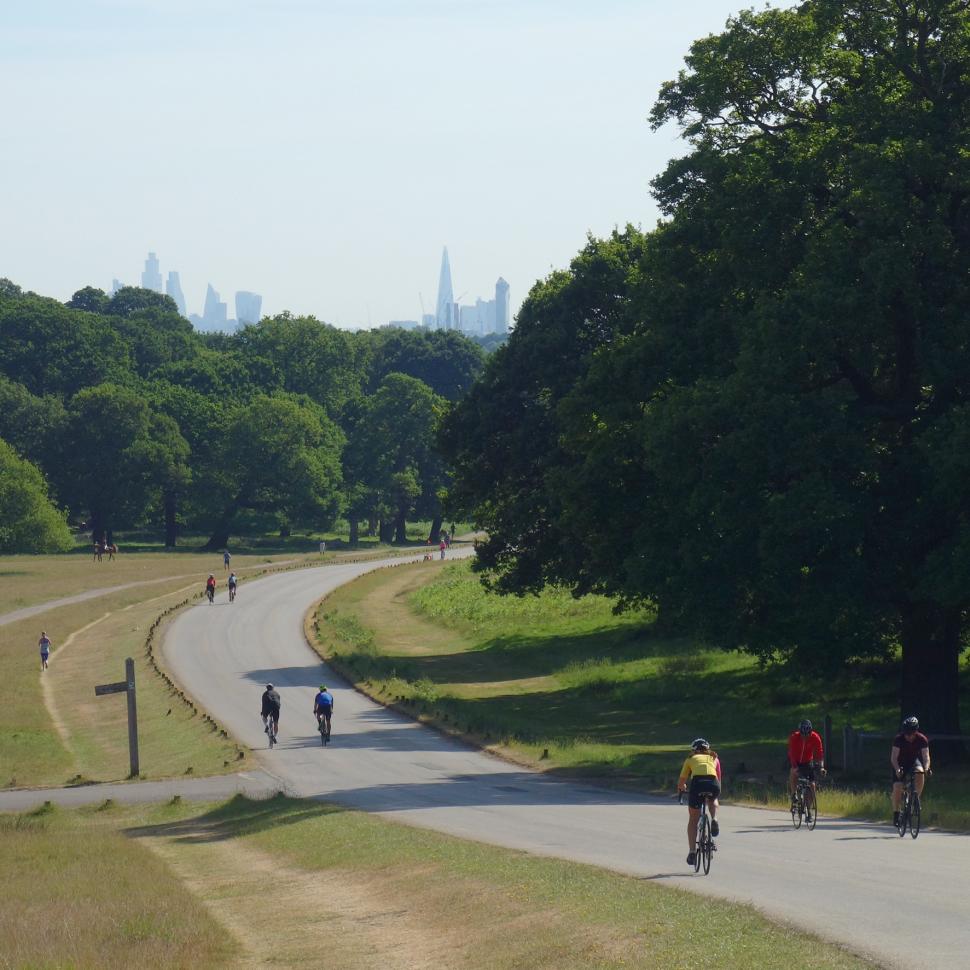 Chris Campbell reveals how the code for cyclists using the Royal Park was drawn up, and what it aims to achieve

As we reported last week, a code of conduct published by the group Richmond Park Cyclists – which describes itself as “an umbrella group representing all cyclists and para-cyclists who use Richmond Park” and was founded in 2017 “as a means of creating a dialogue with The Royal Parks (the body in charge of Richmond Park), the Metropolitan Police and key stakeholder groups” – has come under strong criticism on social media for some of its contents.

In this guest blog for road.cc, Chris Campbell, the co-founder of the group, reveals how the code was drawn up, what it aims to achieve, and responds to some of the criticism it has attracted. When I co-founded Richmond Park Cyclists four years ago, I realised there would be a backlash to our aim of improving the park for cyclists. What I didn’t expect was that it would come from some people who we are trying to help.

Our misdemeanour? Putting together a cycling Code of Conduct that aims to make the park’s roadway a more hospitable place, particularly for cyclists of all kinds and pedestrians. With the help of subscribers to our monthly email bulletin and our followers on social media, we put together 22 practical guidelines which have now been on our website for three months. The feedback was overwhelmingly positive, and still is, with many realising that a self-policing code could alter the behaviour of a minority of cyclists. So what changed?

Last month, an anonymous Twitter account came up with a false theory that Richmond Park Cyclists was a front for The Royal Parks (the charity that controls Richmond Park) and the Code was a means for TRP to portray cyclists as the bad guys. Why pick on cyclists, he reasoned, when it is the high levels of motor traffic, some of it intimidating and dangerous, that puts some people off coming to the park by bike?

The characterisation of cars in the park is more or less right, but the reasoning is like confusing an Allen key for a torque wrench. The Code is not the tool for tackling the overabundance of vehicles in the park. We do that by supporting TRP’s bid to introduce parking charges and applying pressure to eradicate through traffic, at the weekends at the very least.

Indeed, it’s worth noting that the choice of banning cut-through traffic was absent from the final survey questions in the public consultation on the Movement Strategy (the ongoing project to recalibrate the roads in Richmond Park, and TRP’s seven other green spaces, for pedestrians and cyclists) so we directed masses of respondents to use the tiny comments box stuck at the end of the form to express that view. In other words, TRP deliberately omitted the option to remove cut-through traffic, and we helped keep it on the table.

Two of us arranged to meet our hostile Twitter chum in the park to explain all this. We also made clear that we had shown the draft Code to TRP, the park’s Police, the Friends of Richmond Park and other stakeholders to seek their views. Pedestrian priority is enshrined in TRP policy, and we reflected that in the Code, but the people we showed it to added substantially little to the final version.

At the end of the two-hour conversation, we agreed to disagree on the need for the Code, and he accepted that we were not some dastardly cover for TRP. But this week he made a series of# tweets again unfairly mischaracterising the Code and repeated the false claim about our relationship with TRP.

Those criticisms, aided by circulating parts of the Code without context to cause maximum outrage, were the trigger for last week’s backlash. How dare you tell cyclists to single out – two abreast is legal and safe! Indeed it is, which is what it says in the part of the Code that has been cut out (and we only suggest that you consider singling out in particular circumstances when it is safe). As for the line that “motorists can be frightened too”, well, they can if you ride downhill very close to their back window, which is one manoeuvre that entry addresses (and it has twice happened to me while driving in the park).

Essentially, the Code shows that cyclists are just ordinary people who are allies of Richmond Park. It demonstrates that we, like TRP, want the park to be for everyone, by giving those cyclists with less experience or confidence (and more of them are coming to the park) greater self-assurance on its roadway. It’s a sincere initiative to improve visitor relations whilst we focus on the far bigger issue of cut-through traffic.

You can support the Code simply by carrying on riding courteously and safely, as well as kindly asking others to adjust their behaviour if they fall short. An edited, credit-card-sized version of the Code is available at Cycle Exchange, Giant Store Twickenham, La Ciclista and Pearson (other local businesses will receive supplies soon). You can also support our work by subscribing to our monthly newsletter, where we will provide updates on the 12-month extension to the park’s traffic trial which ends in March next year. And you can follow us on Twitter, Instagram and Facebook – or even meet us in the park. Just drop us a line //richmondparkcyclists [at] gmail.com" target="_blank">here.

We’d love to hear your thoughts on Richmond Park and the Code – good and bad! 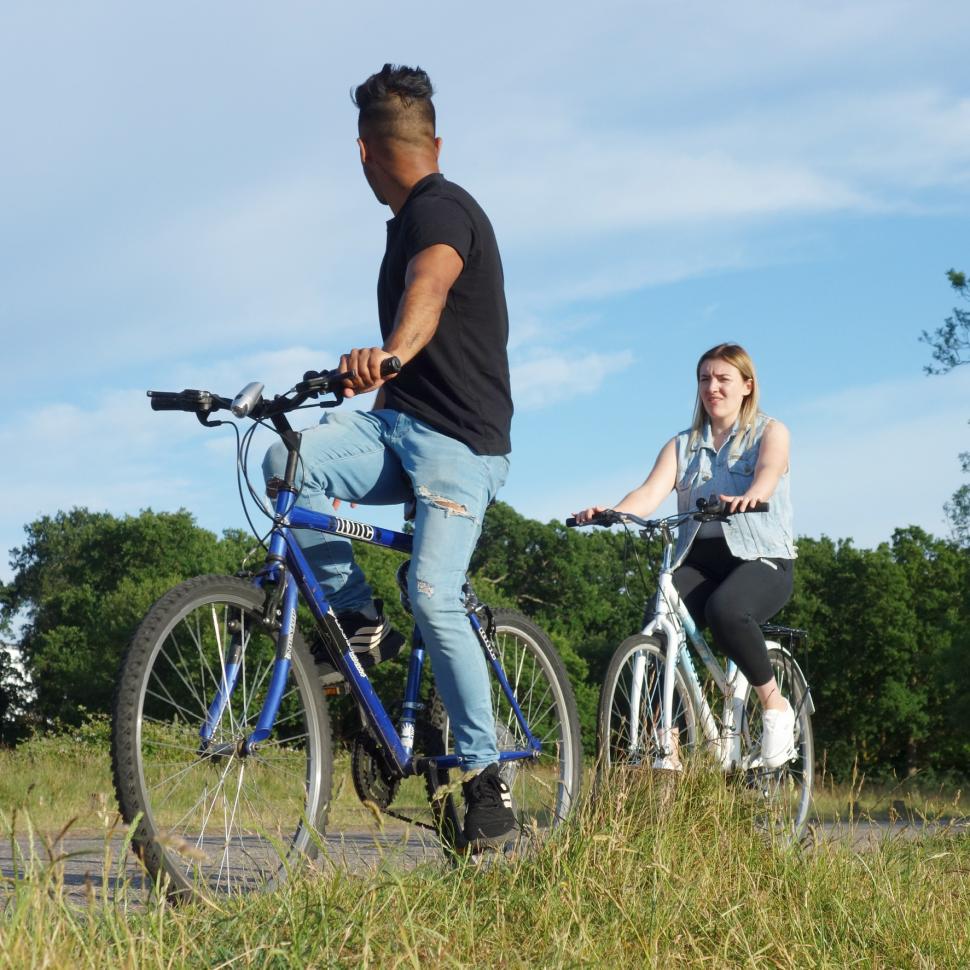 1
New Shimano 105 R7100 groupset goes 12-speed, Di2 and disc brake only
2
How does this work!? Crazy half-wheeled bike concept goes viral
3
Near Miss of the Day 790 updated: Cyclist gets ANOTHER close pass from same taxi the day after punishment pass
4
UCI “kindly requests” that riders stop using race number sleeves
5
Near Miss of the Day 791: “Careful lad,” says van driver parked in bike lane… as another driver pushes in front
6
Cyclist says he was refused service at Costa Coffee drive-through – due to company policy “not to serve people on bikes”
7
Driver spared jail after killing cyclist in “momentary lapse of concentration”
8
Mechanic escapes driving ban after cutting corner straight into cyclist