Aluminium frames are the work of the devil 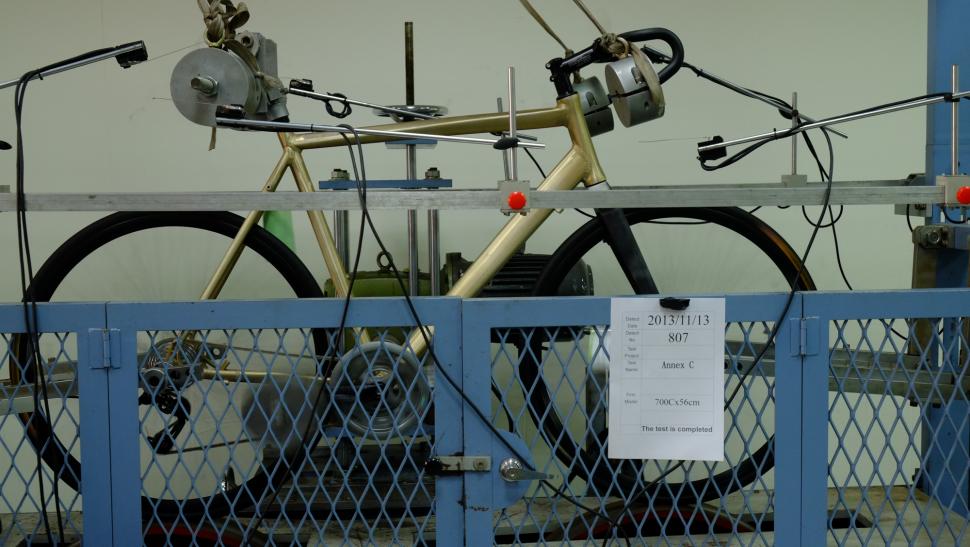 Aluminium bike stress testing - credit Steve Thomas
Aluminium frames may well have come a long way in recent years, but are they still as brutal on the body? Steve Thomas has his say

Mine may well have become vaguely lost in the great mist of time, but those distant memories, the harsh realisations and promises that I made to myself many years ago have come trickling back to haunt me in recent months... namely where I said I would never ride another aluminium bike frame.

First things first: before all the love for this great Coke can-like material comes flooding in down in the comments section, please do note that this is an opinion piece. It's based off my own many decades of experience riding bikes made from everything from bamboo to magnesium, with a whole heap of steel, titanium and aluminium thrown into the mix... oh and of course, some metal matrix too. These are my own groans aches and opinions, and I don't expect everyone to agree!

When I started riding and racing bikes in the '70s it was about steel, all about steel. From the forks right through it was all that good old hard stuff. There weren't really any other viable frame material options back then.

Sure enough the different tubing grades and builds did make for very different rides between the various combinations available, and mostly they were of the slightly forgiving kind. Thankfully in recent times there is some form of appreciation for steel coming back, and maybe even those younger riders who’ve never slung a leg over a quality steel horse will one day try one and find out why us old fellas love them so much (or at least some of us still do), even if they have drifted out of vogue.

Perhaps I was lucky that I went from riding steel straight to various forms of titanium frames, and then to carbon fibre – lucky as in there were only a few fleeting encounters with the bone shacking and wrist jarring frights without the delights of aluminium bikes. Even then those that I did ride were mostly fat-tubed mountain bikes, where much of that harshness was padded out with big tyres, suspension, cross-laced wheels and slack angles.

I did have a couple of reasonable aluminium road frames back around the turn of the century, but even then I found them to be super harsh on the lower back and my wrists, which were rattled to popping point after years of pre-suspension mountain biking.

Back then, aluminium had become the de rigeur material of choice for frame building, mostly because it was so cheap and easy to get hold of and mass produce in the Far East... and yep, just about all of the major pro road teams did ride aluminium bikes for a while, although their rides were generally tempered a little by carbon forks.

Even so, many of those frames were still very harsh in my opinion, albeit that they were compliantly rigid. For me they were just too rough and not quite ready, although perhaps my opinion would be different had I been groomed on aluminium from the start. 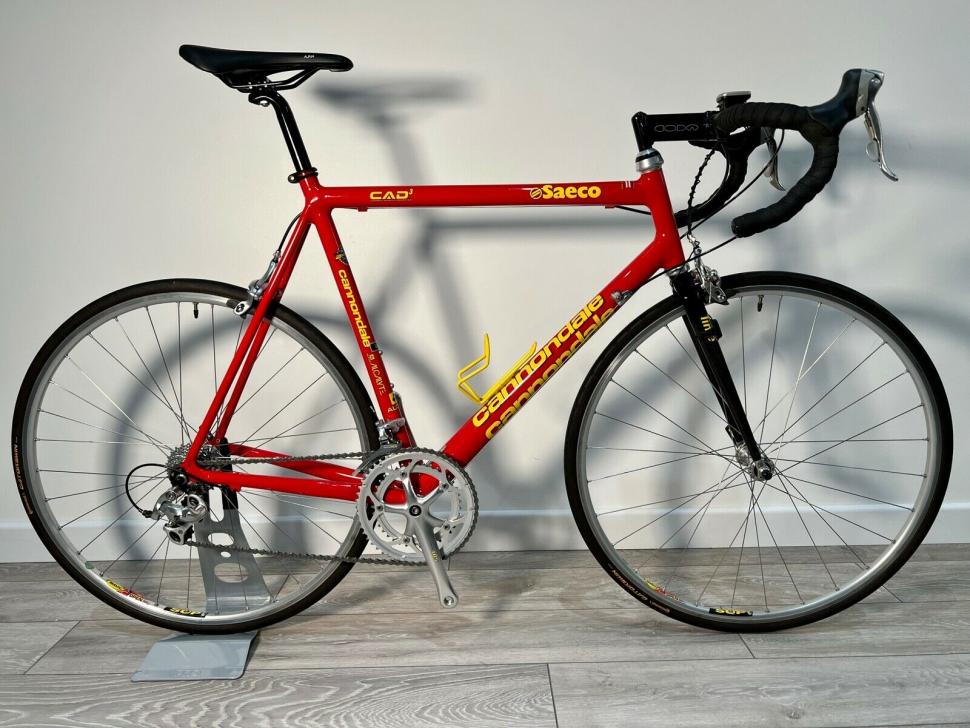 A Cipo era CAAD3 (via eBay)

At around about that same time, Cipollini et al were all racing around on those gorgeous, bold Cannondales. Cipo made fat aluminium look like sex on two wheels, and so when I was offered a good price for one as an end of line clear out (by friends with a bike shop) of course I jumped at the chance.

It was a dull and dark blue in colour, and so I managed to get friends in the bike industry to spray it up in bright sparkling green. I built it up with all clean and polished Campagnolo kit, and garnished it with highly polished stem and bars. It did look the dog, even with those eyesore extended rear stays.

It didn’t take long for me to start loathing the harshness of that ride, and then the lower back troubles, shoulder and wrist ache became a regular thing. It was not a bike that I could ride for hours on end, and as much as I loved the looks of that green Hulk-like beast, it just had to go.

For a while I did get through a couple more aluminium frames, things just panned out that way. One was of the same stiff ilk and was promptly sold, the other (a Diamondback) was slightly easier on the spine, but was so flimsy that on its very first outing to Mallorca, the down tube took a huge ding in the bike bag, and so it still lingers in the back of a shed somewhere.

At that time I wasn’t wholly sure whether that hard ride was partly down to the frame design (the rear stays), or whether it was simply that aluminium really had not gotten much easier on my ageing body, so I decided not to compromise again on an aluminium road bike. 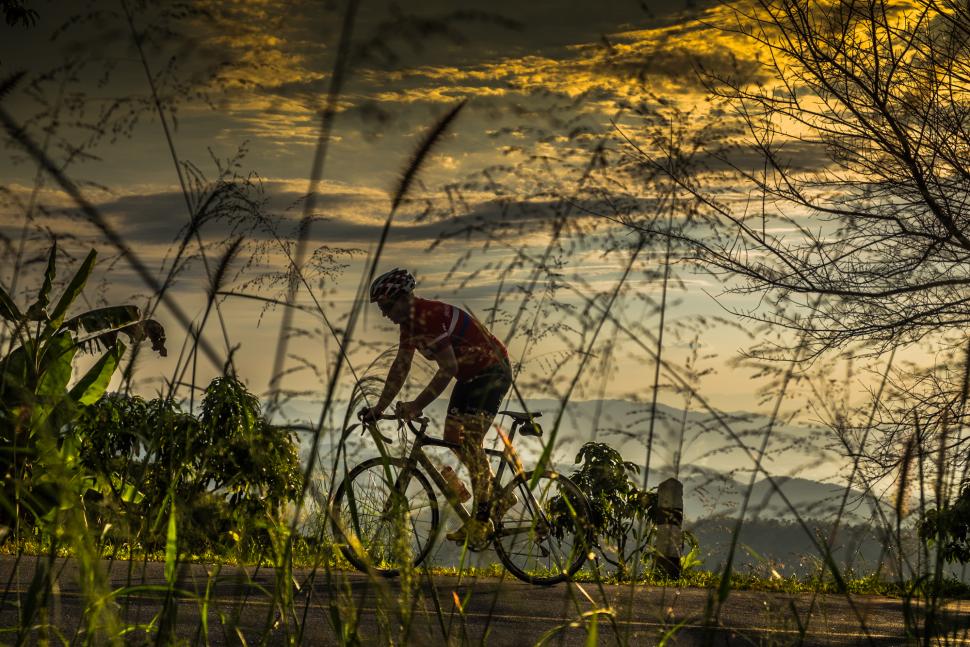 As luck would have it I did get hold of a couple of titanium frames just after this: a Merlin XLC compact road frame, and a Litespeed Blue Ridge 'touring' frame. This duo added a whole new level of plushness to my ride immediately, and one that had most definitely made me a titanium frame fan boy.

Times have moved on, and I’ve shifted continents. Those titanium bikes are still around and almost as sweet as ever but, just about everything from the carbon forks to the groupsets are worn out, and being based in part of Asia where anything but pure race bikes and kit are an issue to find, and where someone six foot tall is considered to be a yeti, it’s hard to get hold of viable alternatives.

I have a couple of carbon road frames around, but they don’t really suit the riding I mostly do these days: hot and rough roads (and gravel), often with climbs that make the Bwylch y Groes seem like a mill pond.

This is where the evil aluminium sneaked back into my life, just like that proverbial crazy ex from hell. On a trip to the USA I managed to mail order an aluminium gravel bike of Belgian origin. Before I’d even finished assembling it I knew it was potentially a beast of back-breaking burden, and sure enough I was soon shown to be right.

I did consider selling it almost immediately, as the discomfort was just too much for me; however, there was no way of me getting an alternative, and so I’ve stuck with it... on and off that is.

Just over a year ago I did take a trip to another region with this bike (it was the only fully functioning option at the time), which was when the wrath of the second wave of the pandemic struck, leaving me stranded with nothing but this bike for company ever since.

As much as I’ve swapped out the wheels, widened the tyres and softened the saddle, it just doesn’t cut it for me in the comfort department. Okay it is a gravel bike, but the ride is so harsh that I’ve almost 90% switched to riding it on the roads now.

My back, my ribs, my shoulders and my neck have taken such a pounding in the last year, which takes me right back to the sensation of that early Cannondale. Aluminium truly is the work of Satan Cycles Inc, at least as far as I’m concerned! Sure there are those younger riders out there who can ride on razor blades, and who have never known any different. But, one day, they most probably will. 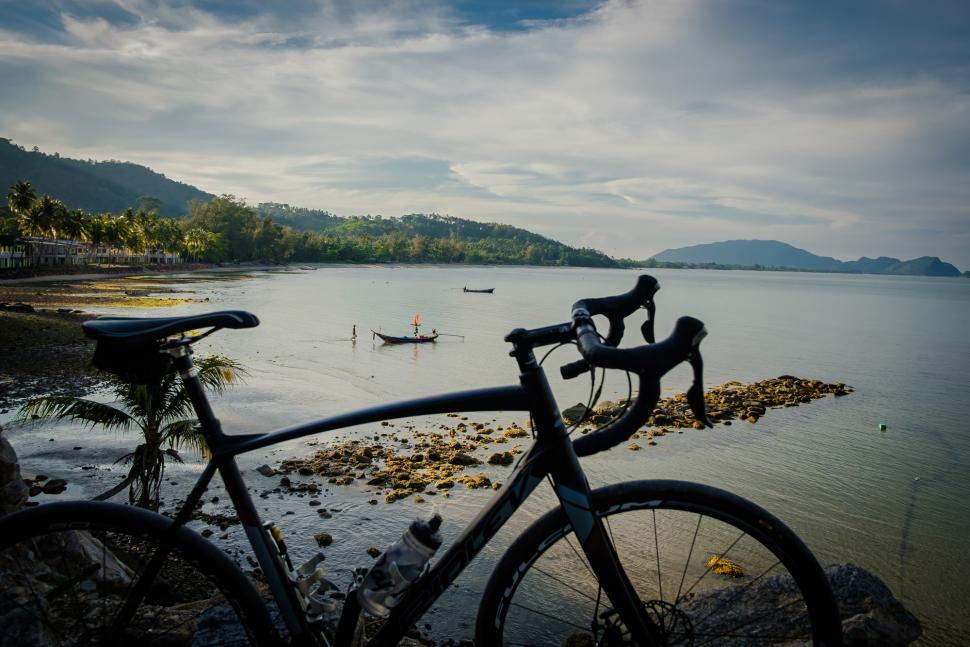 For me, as I scour and search for ways of turning aluminium into something more rideable, I do have to remind myself not to fall into the trap of buying more of the stuff simply because it’s all I can get hold of. For now I’ll stick mostly to the hard stuff and soften the tyre pressure some more, just until I can find a ride less brutal on my old body...