A bit of confidence... and the first race of the season. 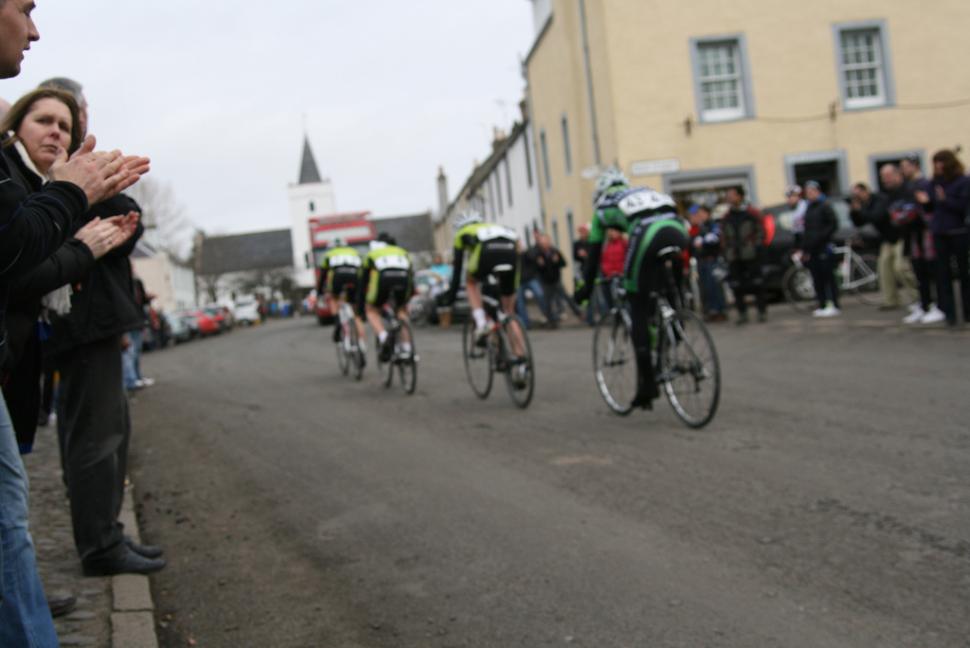 Gifford RR by Owen Philipson
So, have those hard winter training miles paid off? Sam Shaw finds out

A bit of confidence, is it good or bad?

We've all read or heard racers talk about their confidence levels and how it can greatly benefit or adversely affect their racing performances.  The last few weeks have been good, I'm feeling stronger than this time last year and keeping pace with riders that are clearly better than me... getting up in the dark, the pissing rain, the snow, the negative temperatures and putting in those winter training miles has (hopefully!) not all been in vain.

This Saturday is my first race of 2013, held on the 8 mile undulating Gifford circuit, just south of Edinburgh and organised by the Edinburgh Road Club.  I'm one of 3 riders from Stirling Bike Cub who'll be lining up on Saturday for the Cat 4 only "B" race against a bunch of hungry wannabe Cat3's.

My blogs on road.cc from last season clearly showed how hard I found my first year of racing, it was harder than I'd expected, so hard that I even wondered if I wanted to race in 2013. I broke my thumb in October and that affected my winter training and dented my confidence, I was going well up to that point, it was probably my undoing as I flew into a freasy corner at 24mph...  I've also had set up issues with my winter bike, its been causing me ITB discomfort, a switch to the race bike has sorted that out but I know that it'll return if i dont get the fit on my winter bike sorted.

I feel like I should be getting spat out the back of the rides I've been on, but I'm not, I'm hanging in. Sometimes 'hanging in' is all I'm doing, sometimes that's good enough. It won't be good enough for racing though. I need to keep training hard and focussing my training on the races I've entered.  The local chain gang starts tomorrow, I'm going to start with the scratch group this year. No more hiding in the easier groups!

This Saturday will be a good test of what's to come for the 2013 season and show how (or if!) my legs are shaping up, its time to start racing!