Let's start with some background info – my journey to the Paralympics 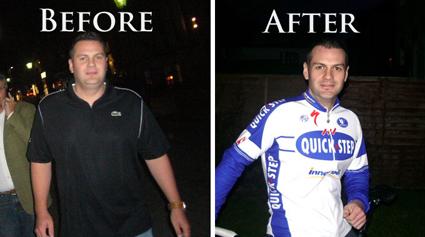 OK - here we go. I wanted to share my journey and give people an idea of what it takes to become a Paralymic athlete. But before we get to that - a little background about myself.

I spent most of my life living in Canada. Although born to an Irish father and English mother, I left England when I was 4 years old and spent the next 30 years living in Canada with my mother.

When I was 16, I broke my foot playing rugby. But there was no pain and I actually walked around with it broken for a few weeks, before the doctors figured out I had a problem. They discovered I had a tumour on my spinal cord that had caused me to lose feeling in my legs.

The put a cast on the broken foot and removed the tumour. Unfortunately, the cast was too tight and when they removed it, it had caused serious damage to the tissue in my foot. Fast forward 7 years and multiple plastic surgeries to try and fix the problem... and they had to amputate the leg (below the knee).

To be honest, I was never much of an athlete. But I did participate in a lot of sports. I tried cycling (racing) before I lost my leg and have always loved riding a bike. Even did a little racing, but wasn't all that good at it.

After I lost my leg, I spent most of my time on a mountain bike, and usually just going from point A to point B. But a few years ago, after gaining a LOT of weight, I decided it was time to get in shape again. I bought myself a bike and got back on the road.

Over the next few months the weight dropped off. I lost 80 pounds in 3 months (through diet and exercise) and found my passion for cycling again. (See pic above).

In 2009 I got a job working as the Disability Coordinator for British Cycling. It was then that I discovered the world of Paracycling and found that there were loads of other people like me - people who had suffered an injury or had a disability, but still wanted to compete as a cyclist.

I eventually got in touch with the Irish National Team and asked to try out for the squad. As I hold an Irish passport through my father - I qualify to ride for that country. I did some testing and they agreed to let me do a few races for them.

Two years ago I participated in several road and track races on behalf of Ireland. I even managed to go to the World Championships in Canada. I didn't achieve my goals.... but it gave me a taste of what I COULD do.

In 2011 I stepped up my training and at the end of the year became the UCI Paracycling World Champion (C2 class). And am now going to be riding in the 2012 London Paralympics. So follow me on my journey as I prepare to participate in London.

Thanks for tuning in and check back soon!