June brings with it the first glimpses of summer, the potential for surprise sunburn, and the opportunity to waste inordinate amounts of time in the new craze of ‘dot-watching’. Dot-watching for the uninitiated is a gem of a hobby, it involves sitting at a computer screen, normally from the hours of 9-5, and watching little blue dots as they move across and around countries and continents at a steady speed.

Those dots are people, on bikes, cycling across countries. It’s awesome, and ruddy addictive!

June starts with the Trans-Am bike race, and follows with the Race Across America, but in 2016 a new series of dots has been added; namely the Trans-Atlantic Way bike race. 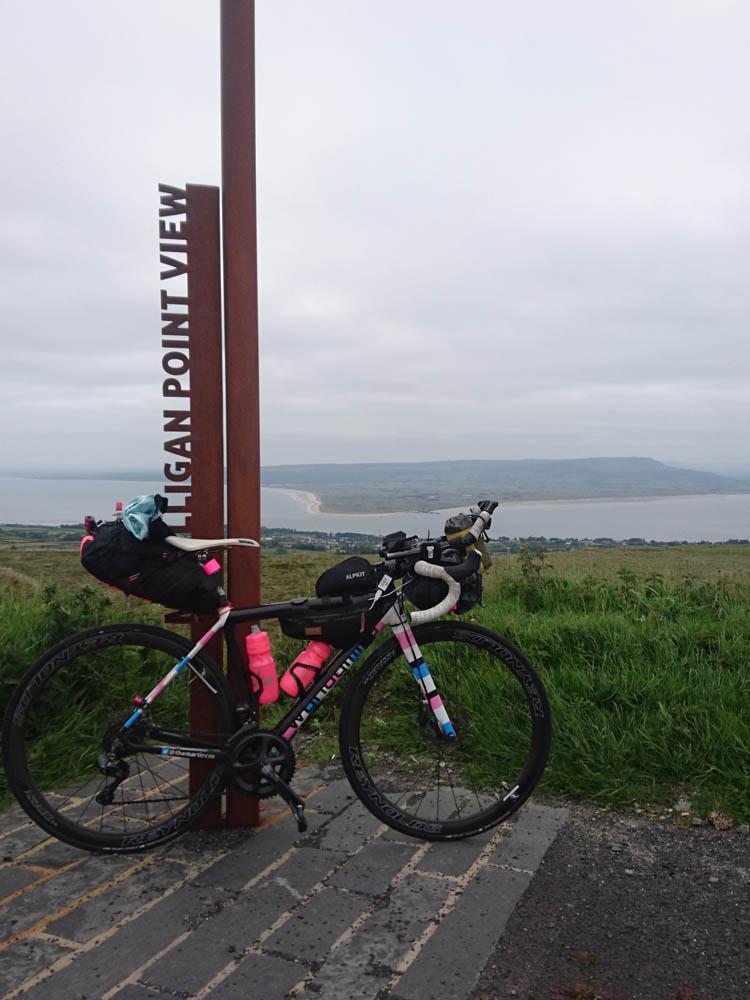 TAW is a new race to add to the bike-racing calendar, it starts in Dublin and racers head north to Derry before joining the Wild-Atlantic Way, Ireland’s new coastal route from Derry around to Kinsale on the southern coast. The race itself is the brain-child of Adrian Sullivan, a transcontinental and trans-am veteran who wanted to give something back to the cycling community - chapeau fella!

Having flown over with AerLingus (same price as Ryanair - more comfortable and the boss doesn’t hate cyclists…..) I lined up with 30 other racers in Dublin city centre to have a crack at this new ultra-endurance adventure race, a total of approx 2400km solo and unsupported. Interestingly, the Transcontinental also started with just 30 riders, and in just 4 years has grown to 300+

A single trip around Ireland may not sound as glamorous as the Transcontinental, but with over 20,000 metres of climbing packed into the route, and a route that intentionally places the riders against the wind, it seems that there was much to be wary of…. 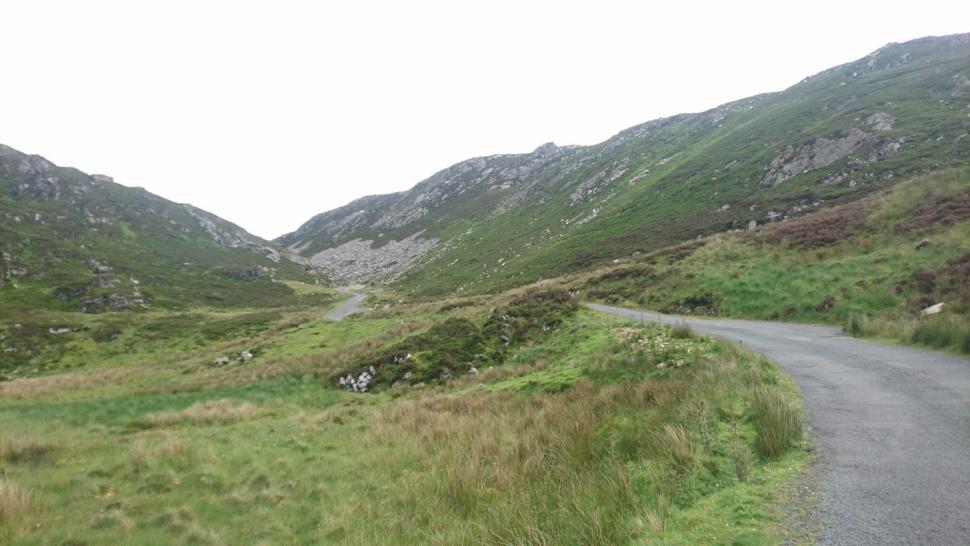 I did some riding in Ireland back in the 90’s and, apart from kissing the wrong girl in Waterford and meeting her brothers shortly afterwards, it was a fantastic place, so heading back to race seemed like a great plan (especially as I wouldn’t be seeing the aforementioned brothers again).

Ireland promised much in the way of weather, with a 75% of rain on any given day it was always going to be a different beast to TCR, where warmth is guaranteed almost straightway, so a different kit list was made, more consideration to cold and wet conditions, even going so far as to get a sleeping bag (500g from Vaude) and a bivvy/tent combo (400g from the North Face). These were major steps compared with last year’s jaunt to Turkey where a simple single-skin bivvy/sack was enough. 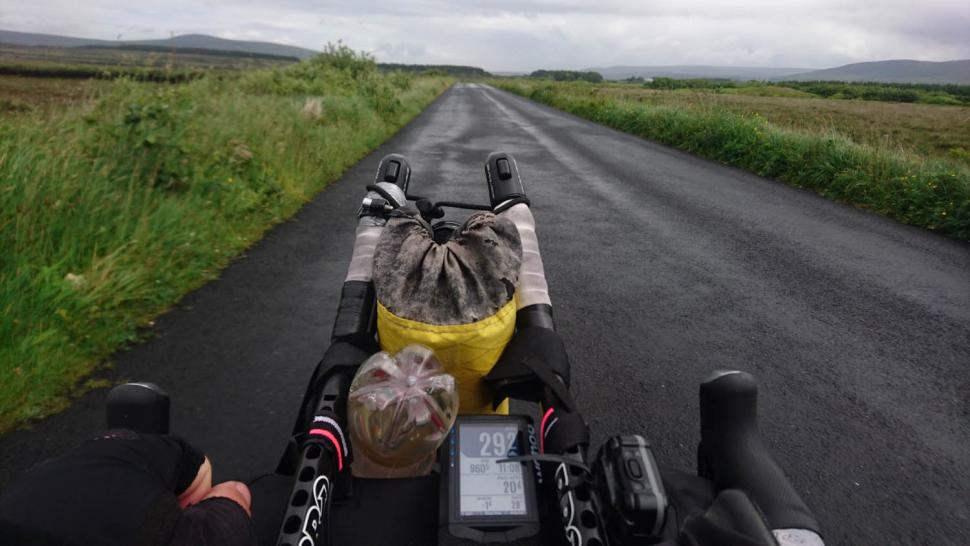 Where Ireland promised, it truly delivered, whilst the first day’s ride up north was pleasant and even offered some sunshine, for the next few days riders were enveloped in cloud, mist, and perpetually battered by rain and strong winds. The red burns on our cheeks weren’t from sunshine, but rather they were from the continuous assault of the wind on our faces, at times I was in the small ring pedaling downhill just to keep some momentum. 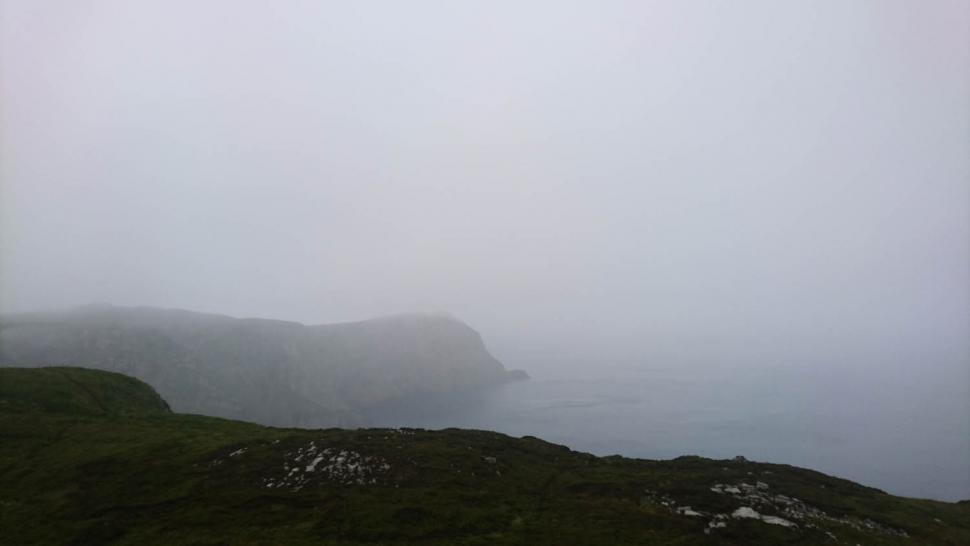 But by golly, when you can catch a glimpse of the roads and countryside around you Ireland truly is beautiful. I’ve always had (like many I suppose) a soft spot for the scenery of the Scottish highlands, but Ireland offers much as well. The Wild Atlantic Way has been developed almost as a tour de force of the Irish coastal highlights, and it delivers on that promise.

Right at the outset, after leaving Derry, the road turns left and UP on the Kinnego Bay Climb, setting the tone for the following week - it goes up without warning and leaves the rider zigzagging across the road - for the next week each day featured a climb that the Wahoo Elemnt showed as at least 18%! 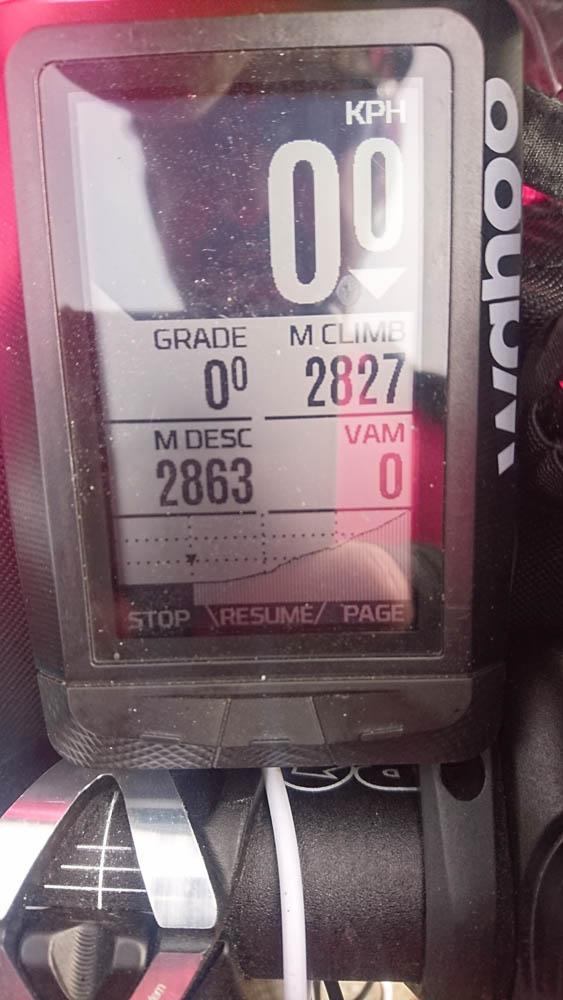 There’s a strong chance that bike-packing isn’t for everyone, it’s a strange mix of pushing yourself physically and mentally, whilst leaving enough in the tank to repeat the next day, keep yourself hygienic, and functioning as a human being!

But if you can cope with the gradual degradation in living standards, then bike packing offers so much more than a simple race or sportive experience! Racers can receive invites into homes, and breakfasts that will power you through the day like no other, and views of sunrises and sunsets that will blow you away. I’ve been doing it in one form or another for a few years now and bike packing is almost a spiritual experience. 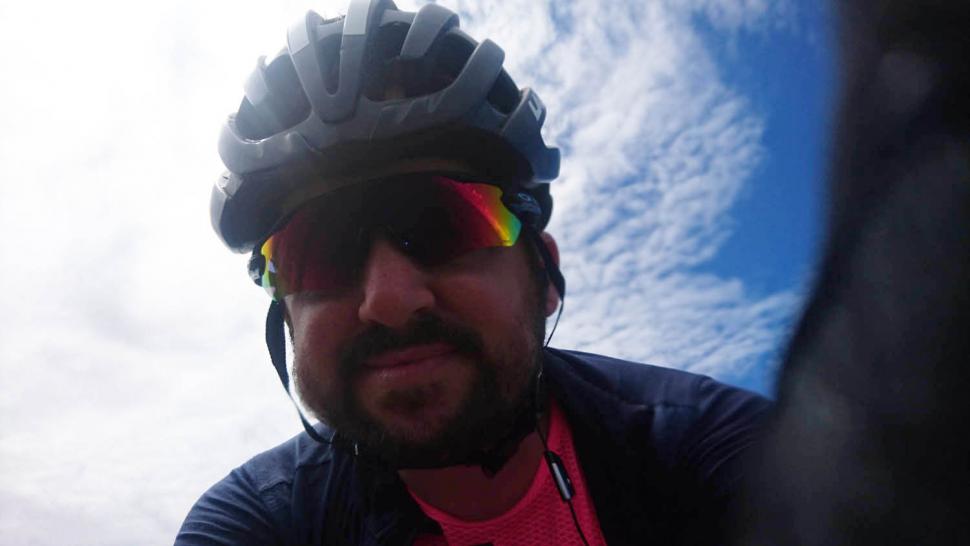 The challenge to go as far as you can on a daily basis is both daunting and exhilarating, balancing out riding (and energy expenditure) with eating and refuelling, with sleeping and recovery, and also with the idea that the ride should be fun as well!

Through the last few years I’ve managed to get some pretty fun rides in, exploring iconic and beaten-path climbs and tracks, but Ireland really was special. On one climb in particular on Achill Island, I was greeted by not only some of the best views, and the most intense climbs, but by drivers who were happy to wait, and to cheer me up the 18% incline! This friendliness really encapsulated the whole race, with drivers almost universally acknowledging riders and being happy to wait for them to overtake safely. 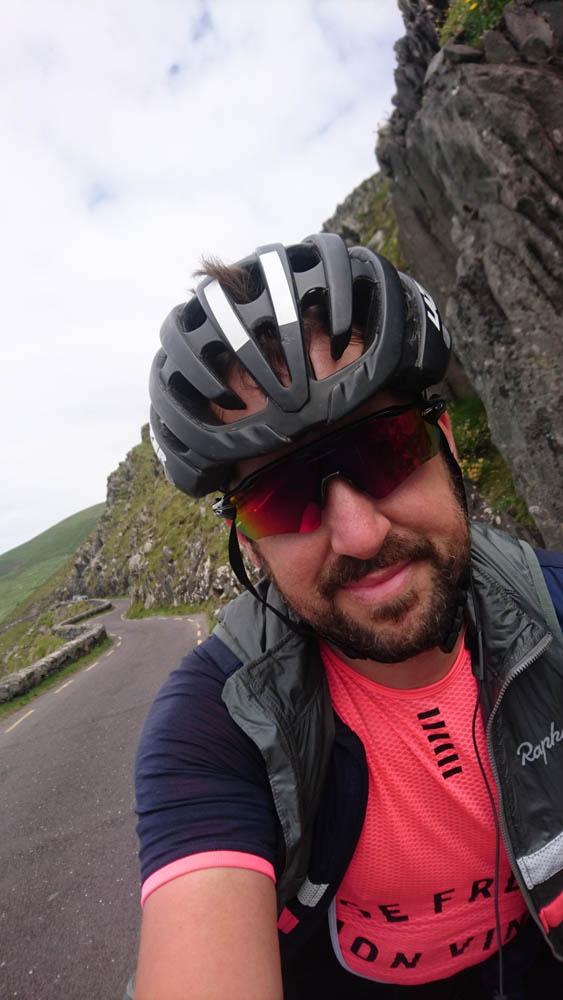 One of the best things about this type of racing is the ability to see such huge swathes of countryside in one go, at the same time it is almost certainly one of the biggest drawbacks - it’s only as I am reviewing the pictures to include in this piece that I remember some sights that were incredible at the time, but perhaps are overlooked in my memory. With that in mind I would say to absolutely try a race like this, Ireland is tough, the hills are relentless, the weather at times can be savage, but the enjoyment and the achievement and fulfilment levels are off the charts!

It’s true that only one person can win any race, and in a E/1/2 race that 1 person will come from a bunch of candidates, however in races such as TAW that field of potentials can be significantly smaller, and the winning margins can be great. A day may pass between first and second, and a further week until the last rider comes in, but to each and every rider the aim is to strive as best as they can, for some just getting to the start line can be challenge in itself, as racers balance real-life with training and preparations.

That said, it is a race, and massive congratulations to the top three of Bernd Paul, Jack Peterson, and Paula Regener, between them a mix of transcontinental veterans and rookie ultra-distance riders! 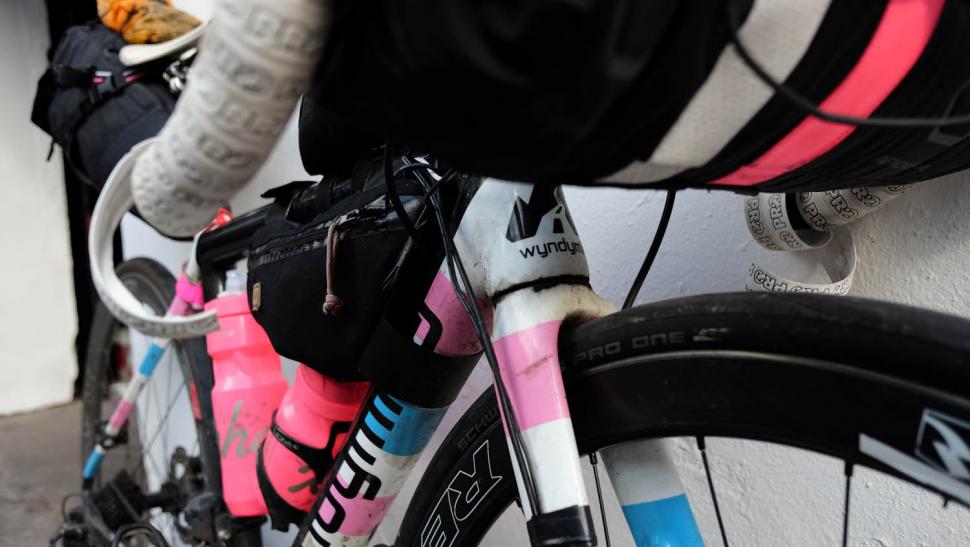 I said a few paragraphs up that bike-packing may not be for everyone, but there’s a real possibility that it could! It breaks down barriers and really opens eyes with regards to what you are capable of, what once seemed impossible at the point of entering a race, may in-time turn into a training ride, the idea of wild-camping may go from something seemingly extreme to a family vacation, and an activity to relish! 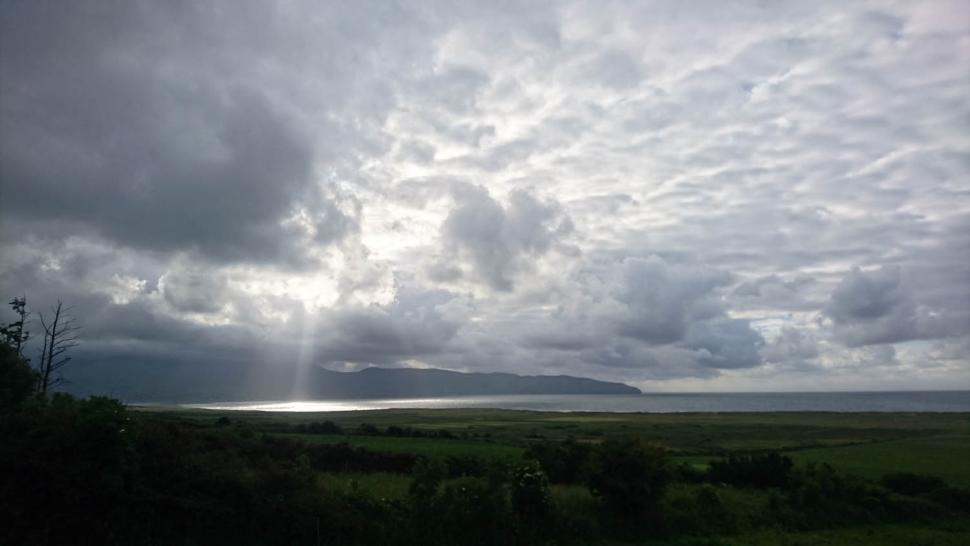 So go for it, astound your colleagues, amaze yourself, and get your teeth into cycling's latest and greatest craze! (oh, it’s an awesome excuse to buy new kit as well ;-))