Last month I revealed details of my Genesis Croix de Fer long term project, and, after some spannering and brake bleeding, it’s finally built and ready to ride. Here it is. So what do you think?

I'm quite happy with how it has turned out. To recap briefly, I've chosen the Croix de Fer because it looks like it offers me what I want for a winter training bike. The steel frame should be comfortable, it takes disc brakes - a definite requirement - and there are mounts for mudguards for the Audax I've already entered in the New Year. And when I feel like it, I can fit some cyclo-cross knobbly tyres and head off-road. To start with, I've slung on the latest SRAM Red hydro disc groupset. It's been a long time coming for SRAM's recalled disc brakes, so during this long term test I'll be keen to see if the brakes hold up okay. I want to find out if they're a match for Shimano's road disc brakes, which on all bikes I have used them on this year, have been nothing short of excellent. 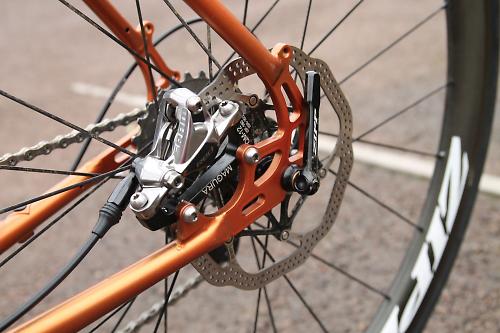 Fitting disc brakes is a bit more laborious than a cable brake system though. The hoses were too long which meant I had to trim them down, which isn't as straightforward as snipping a brake cable. It's not actually that tricky though. Bleeding the brakes is a bit tricky however, but following the clear instructions made the whole process a doddle. If a bit messy. Fortunately, once bled, I should never have to do it again. 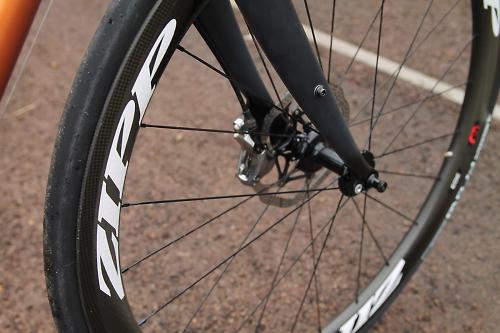 To complement the SRAM groupset I’ve got a pair of Zipp 303 Firecrest Clincher wheels. These wheels have proven to be durable and tough enough for the hardest and most demanding races like Paris-Roubaix, so they should be just fine on the Cotswolds lanes. Some might say it's a bit flash to run carbon wheels in the winter, but that's a benefit of disc brakes straight away, I don't have to worry about the poor braking performance of a carbon rim in the rain because the braking surface has been moved to the centre of the wheel.

I do have in mind a pair of tubeless wheels eventually - I'm very much a fan of tubeless for the road. For now I've got a pair of Michelin PRO4 Service Course 25mm tyres on the bike because they were free, but I have some wider 27 and 28mm tyres that I do plan to sling on the wheels during the course of this long term project. 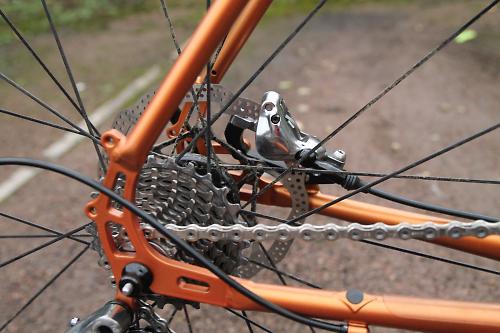 Yes, I do need to fit some mudguards, and I will do before the next blog update. 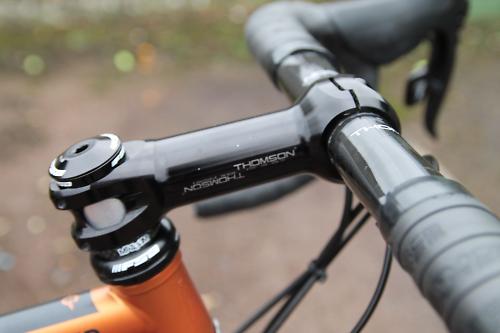 I’ve had a rummage around in the parts bin and found a nice Thomson carbon fibre handlebar and aluminium stem that used to be on my race bike. There’s a new 3T Stylus seatpost with a simple two-bolt saddle clamp, and the red graphics are a nice complement to the red details on the SRAM groupset. A happy accident. Finally, providing sofa-like comfort is the Fabric saddle with carbon fibre rails keeping the weight down. 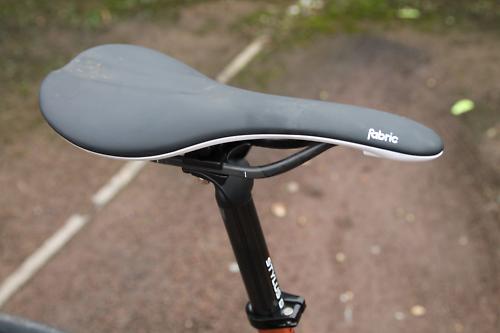 Talking of weight, the whole bike weighs in at 8.65kg (19.07lb), which is pretty reasonable for a steel-framed disc-equipped road bike. We’ve had carbon disc bikes through the office this year that have weighed about the same.

With the Christmas break looming, the Croix de Fer is going to get plenty of use. I'll report back after a few rides in a couple of weeks.