Riding to the Tour is an ambition fulfilled 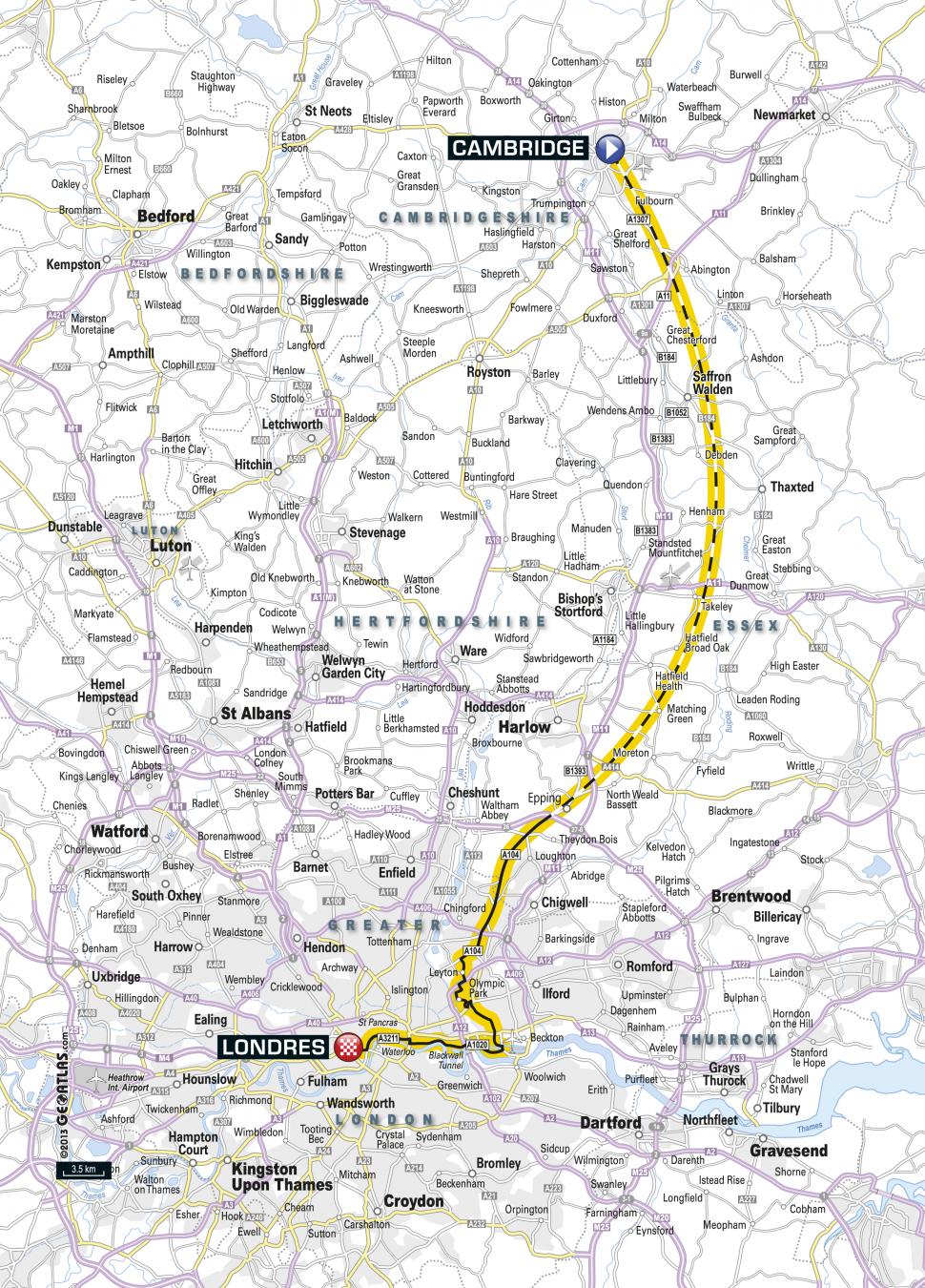 There is nothing that can prepare you for an 0530 alarm call on a Monday morning.

Even the sun beating through the blinds couldn't get me moving as quickly as my brain wanted me to. The Weetabix was forced down before kit pulled on and the bike loaded with Garmin and bottles.

The cooler morning air was refreshing though and despite only living a couple of minutes ride from Yaxley Football Club it was enough to wake me up and engage my mind for the day ahead.

When I arrived about 0610, there were already plenty of people milling around and building up bikes from the boots of their cars.

The ride was capped at 40 for insurance and safety reasons but with so many riders about for the Tour we picked up a number on the way.

Once we got through the traffic of St Ives and onto the splendid car free cycle way to Cambridge, I finally started to relax a bit and get into the event. Andy Bell and I had been stressing about getting everyone to the Tour de France safely and despite a couple of punctures the group arrived at our base in Jesus College in time for all to have a good look around before picking their spot to watch the race.

Despite being in a crowd many people deep we were stood next to a lady from Sawtry and the Clarke family of Fenland Clarion fame.

The build up, the Caravan Publicitaire and the Tour itself were everything I remember from previous visits.

It never fails to inspire me, and goodness knows how some of the kids around us felt if they were seeing it for the first time.

We met back at the bike store before starting back out. Once we reached the cycle way the pace shot up and we flew back to St Ives despite the stretch past the tv aerial and windmill being into a quite stiff headwind.

After St Ives the groups splintered. Probably a bit earlier than Andy and I had hoped. But the pace was up as there was a laden bar and full coffee pot waiting with the race on the big screen.

Once all were back and accounted for it was great to relax with a beer and watch the stage conclude.

It was a brilliant day and I can honestly say that 25 years ago when I followed my first Tour, I never dare dream that one day I would be riding out from my house to watch it. Its mind blowing and the impact of what we all did yesterday will take some time to sink in.