Dave and Liam root through the testing box of swag to pick out shiny stuff to show off. This week we’ve got strange gloves from Velotoze, Shimano shoes, a fancy Italian saddle and two lovely bikes. Also featuring a Sean Connery impression.

This versatile touring bike is going with the latest trends and offering you the space for some very wide rubber. With a 700c wheel, you’ll be able to fit 40mm tyres while mounting 650b wheels increases that to 54mm tyres. That opens the bike up to more than just touring. You could easily load it up for a gravel bike-packing trip for instance.

The steel frame comes with a range of mounting options for bottle cages, mudguards, racks.

Up front is a 110mm Boost hub with a 135mm quick release at the back. Complete bikes start from around £1675 but how would you build up yours? 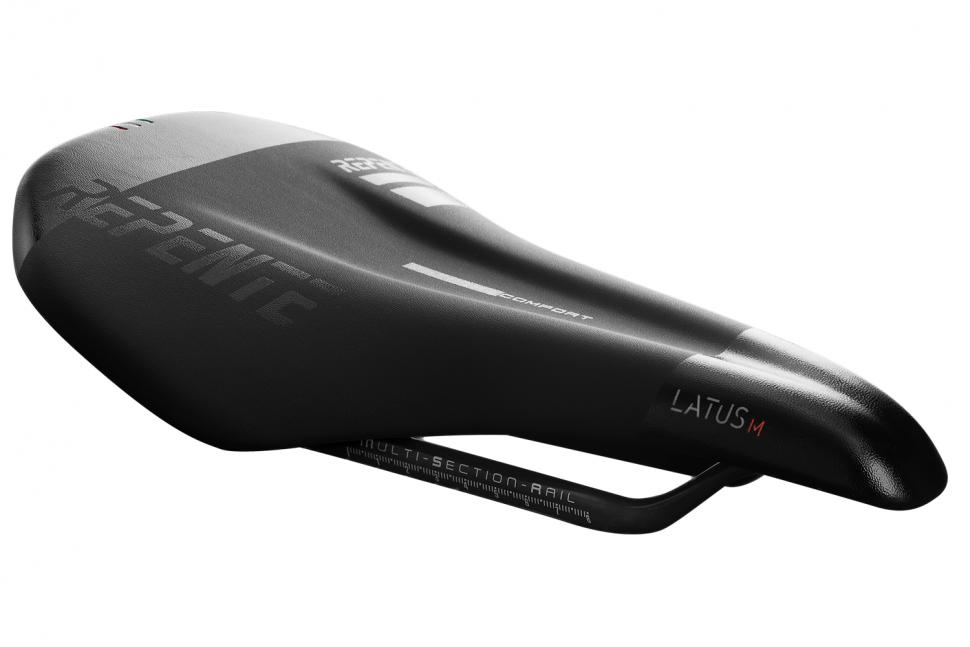 This short and stubby carbon saddle from Italian brand Repente looks pretty wide but the stubby design is deceptive. At 142mm wide, this T700 carbon saddle comes in at just 144g.

While many brands target their saddles at a specific rider, say a male road racer with good flexibility, Repente advertises this saddle as a unisex design and says that road and off-road riders should find it comfortable.

The latest kicks from Shimano, the RC5, is their third-tier offering and out of the box, they look rather good. They borrow a lot of tech from the higher-end RC7 and RC9 shoes that we really like and the price is rather attractive too at just £129.99.

A carbon-reinforced nylon sole provides a stiffness rating of 8/12 on Shimano’s scale. There’s also a Boa L6 dial to close the synthetic upper.

If you’re a rider that still likes to head out when it’s chucking it down, you may well be familiar with Velotoze. Their sleek overshoes became very popular with cyclists of all abilities and now they’ve launched a pair of gloves.

These are designed to work from -5ºC to 15ºC, stopping the water and the wind from freezing your fingers. While there’s now an absence of races to test these in, we’re sure there will be plenty of rainy days around 8ºC to come. 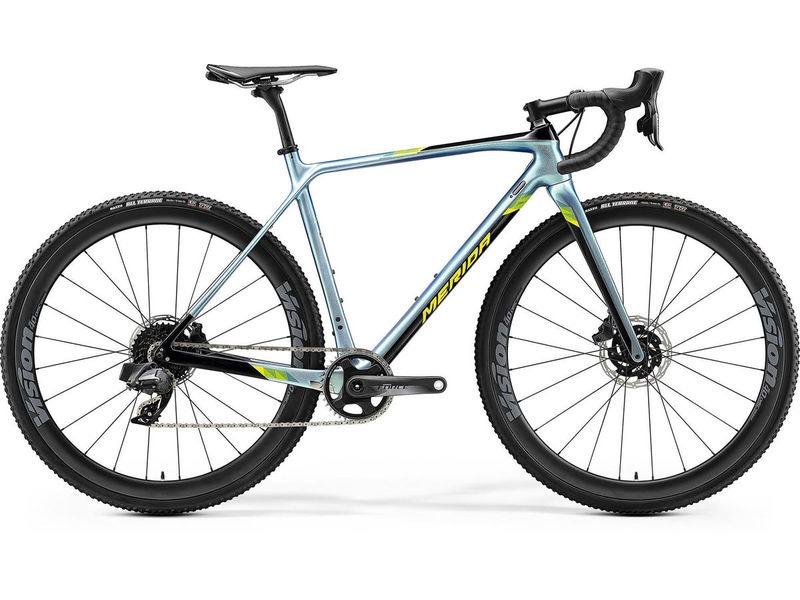 We’ve already had a good go on Merida’s Mission cyclocross bike, but the addition of carbon wheels and a wireless Sram Force AXS 1X groupset, along with some fancy carbon finishing kit has brought the weight down to a svelte 7.95kg in this size large.

While cyclocross season is over, it shouldn’t be difficult for Dave to find some mud to slide around in.

That’s it for this week. We might be self-isolating but we’ll find an inventive solution for next week’s episode of Shiny Stuff.

1
Could our Tour de France on Zwift April Fools joke become a reality?
2
We asked you how coronavirus had changed your cycling habits and the response was overwhelming – here’s what you told us
3
Full Kit Ranker round 1: Your chance to vote for the greatest cycling jersey of all time
4
Froome’s Epic 80km solo attack on the Colle delle Finestre voted most heroic mountain stage of the last decade.
5
Police say cyclists in club kit are ignoring rules and riding in groups
6
Derbyshire Police criticised for suggesting 'lycra clad cycling' is currently unacceptable
7
Cyclists banned from Richmond Park due to “congestion”
8
Daily exercise rules: current cycling dos and don'ts