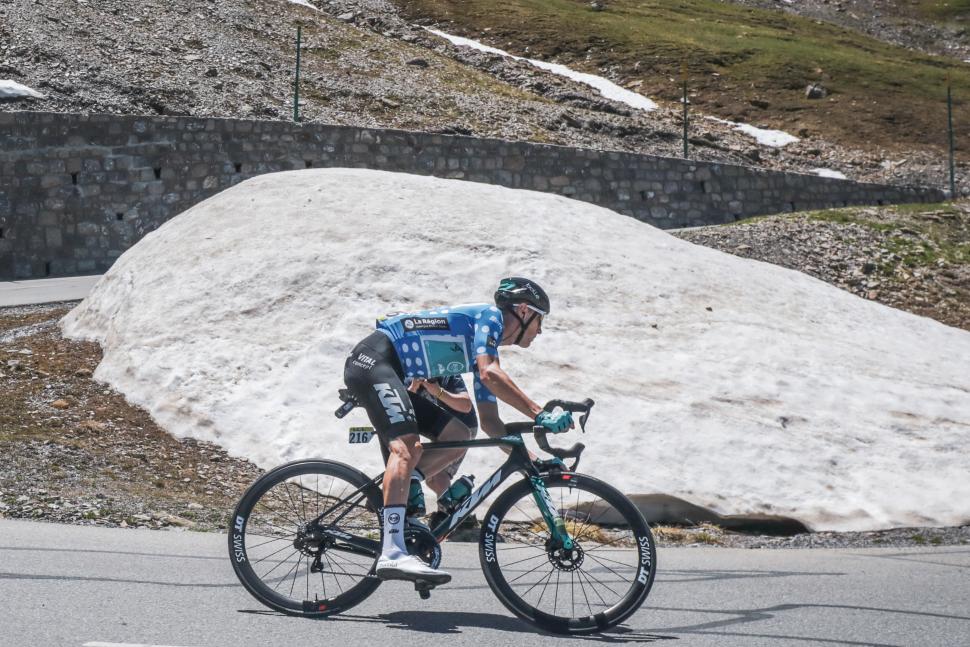 New KTM road bike emerges at Dauphine - but was it hiding in plain sight at Paris-Roubaix?

The Tour de France warm-up race has been a hotbed for new bikes this year, and we couldn't help thinking this one from KTM looked a bit familiar...
by Liam Cahill 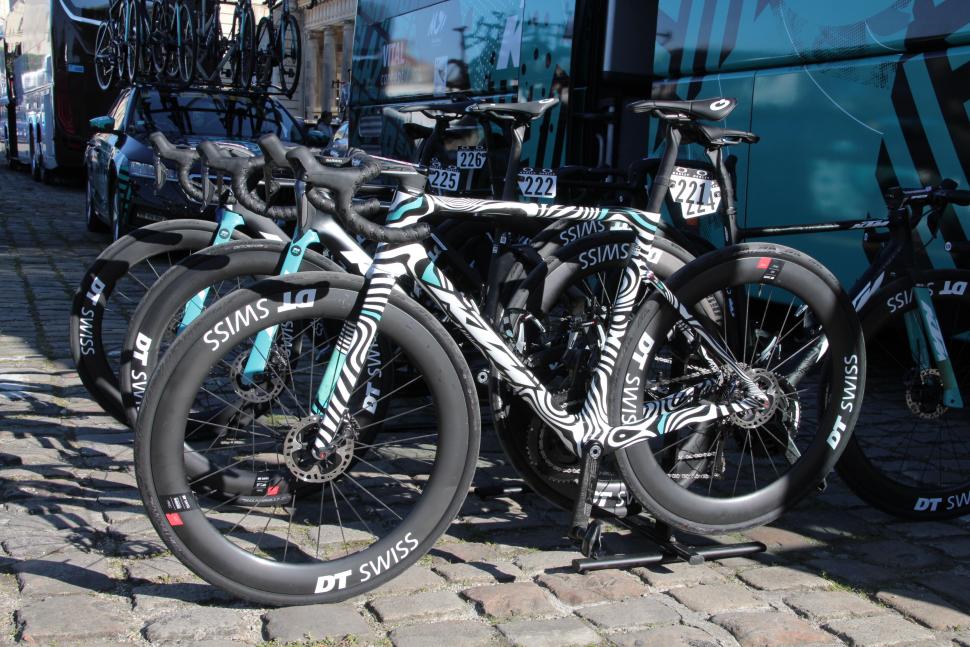 Something should have told us that this was a new bike...(Liam Cahill/road.cc)

We might as well start with a little confession. We first spotted this bike under a very jazzy wrap at Paris-Roubaix. This writer might have been distracted by Belgian waffles and the free drinks on offer in the VIP section, and the bike may have been passed over in favour of the bikes the race favourites were riding. Whoops. 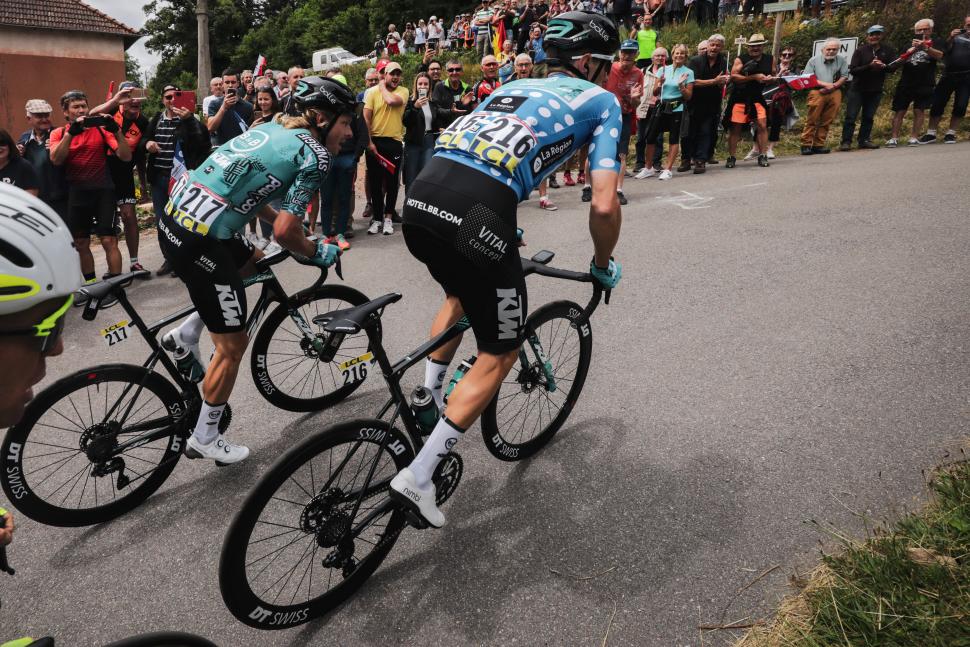 Anyway, Rolland was hoovering up mountain points from the breakaways aboard a brand new KTM road bike. The 2023 KTM Revelator Alto looks like it follows the current trend of combining aero tube shapes with a low overall weight; though while we can clearly see the efforts that have been made to cheat the wind, we can only theorise about the latter. That said, we’re rather confident in the assumption of a low overall weight, as a French climber like Rolland wouldn’t go near a mountain without a very light setup. 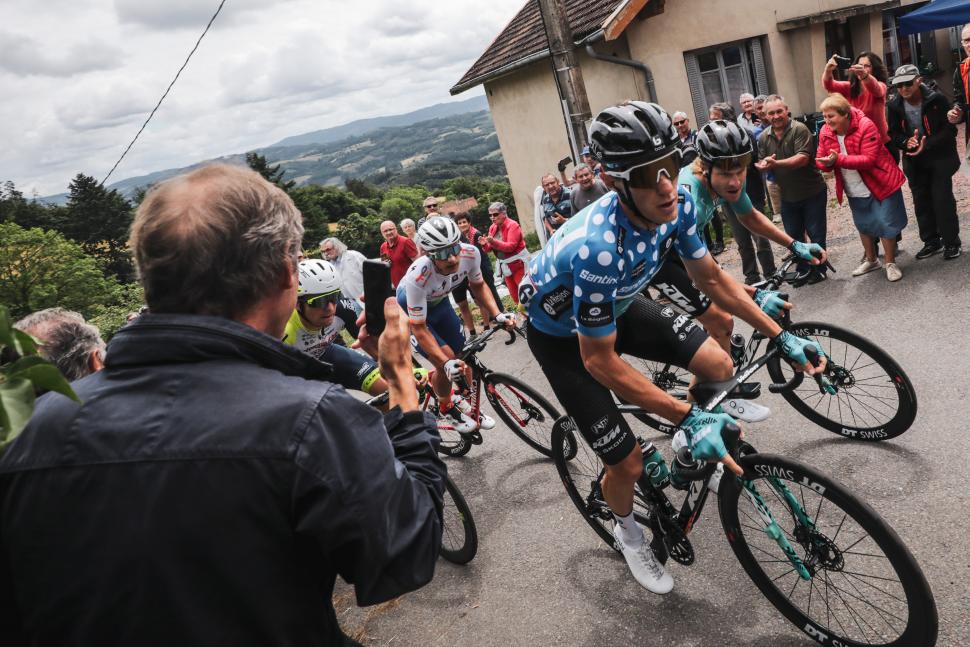 The most obvious nod to aero is the sleek overall design. The front end shows a distinct lack of cables, while the seat clamp area has been tidied up when compared to the old design. 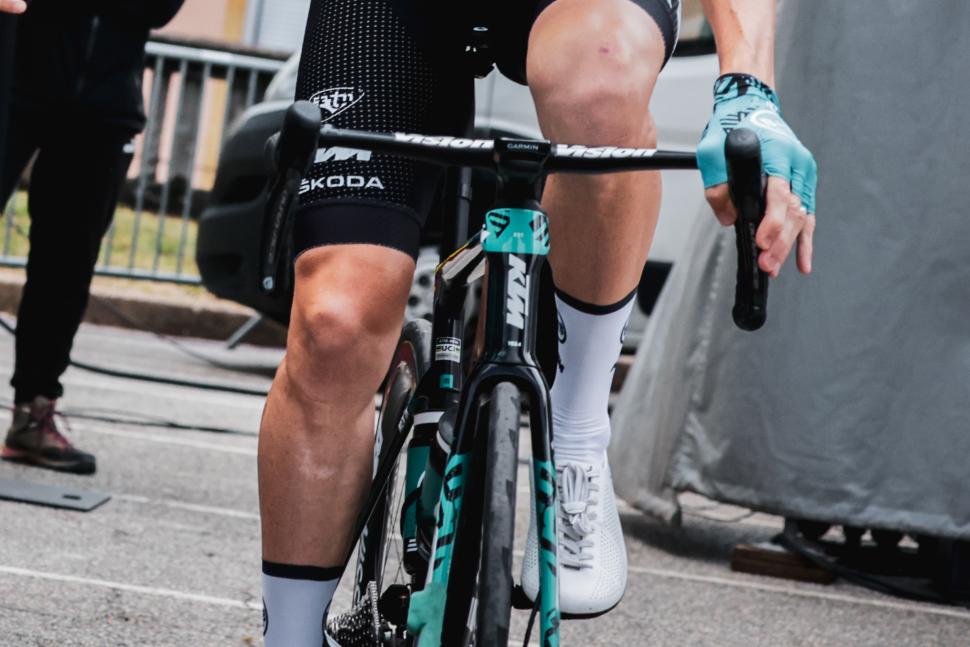 The head tube slims down from the upper headset bearing, which we assume is allowing the cables to pass through and run into the frame.

The down tube doesn’t look overly chunky in our eyes. It’s certainly not as big as the one on Trek’s new Madone, but those chain stays certainly look as though they’ll be adding a fair bit of stiffness to the bottom bracket area. 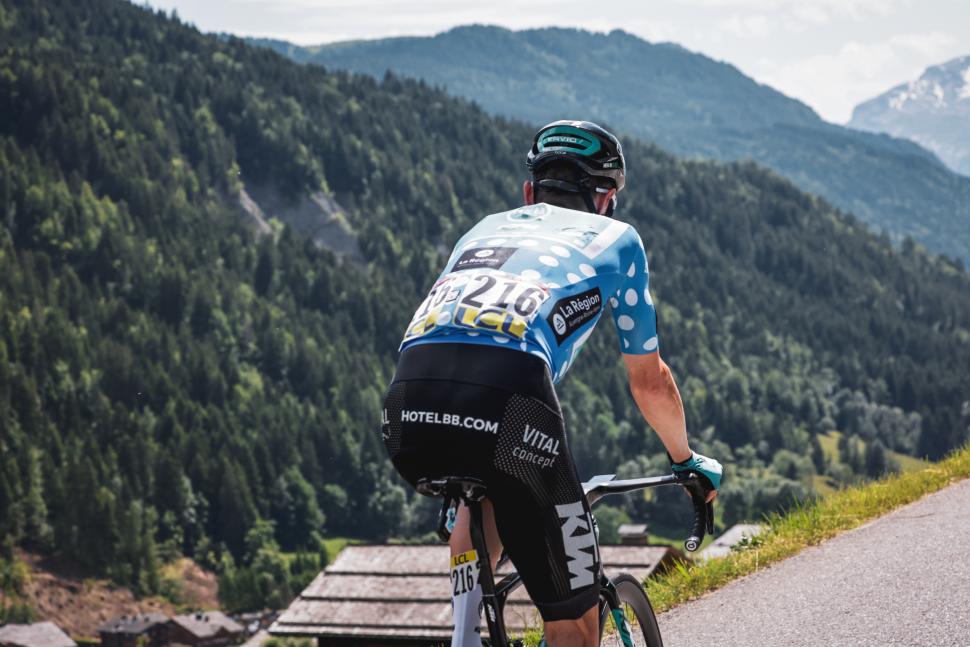 The back of Rolland’s bike is dramatically squared off. This is usually known as a Kamm Tail design, and many brands use it in some form.

B&B Hotels-KTM use a Vision Metron integrated cockpit along with DT Swiss wheels, the latest Shimano Dura-Ace Di2 12-speed shifters and derailleurs. The bikes are finished with FSA Power Box power meter chainsets and Prologo saddles, and the tyres are Continental GP5000 TL.