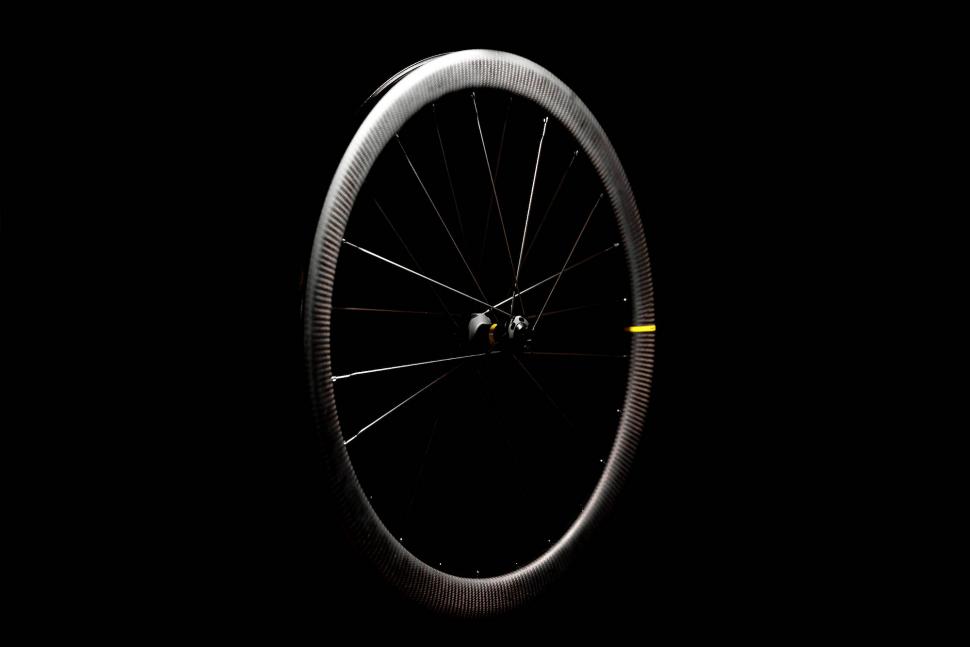 Mavic is launching a new carbon Cosmic SLR 45 Disc wheelset with Road Tubeless technology that’s said to be easier to use than previously with a fully sealed upper rim bridge that saves weight by eliminating the need for tape. The wheelset is designed for an all-round rider/racer looking for a single do-it-all option. 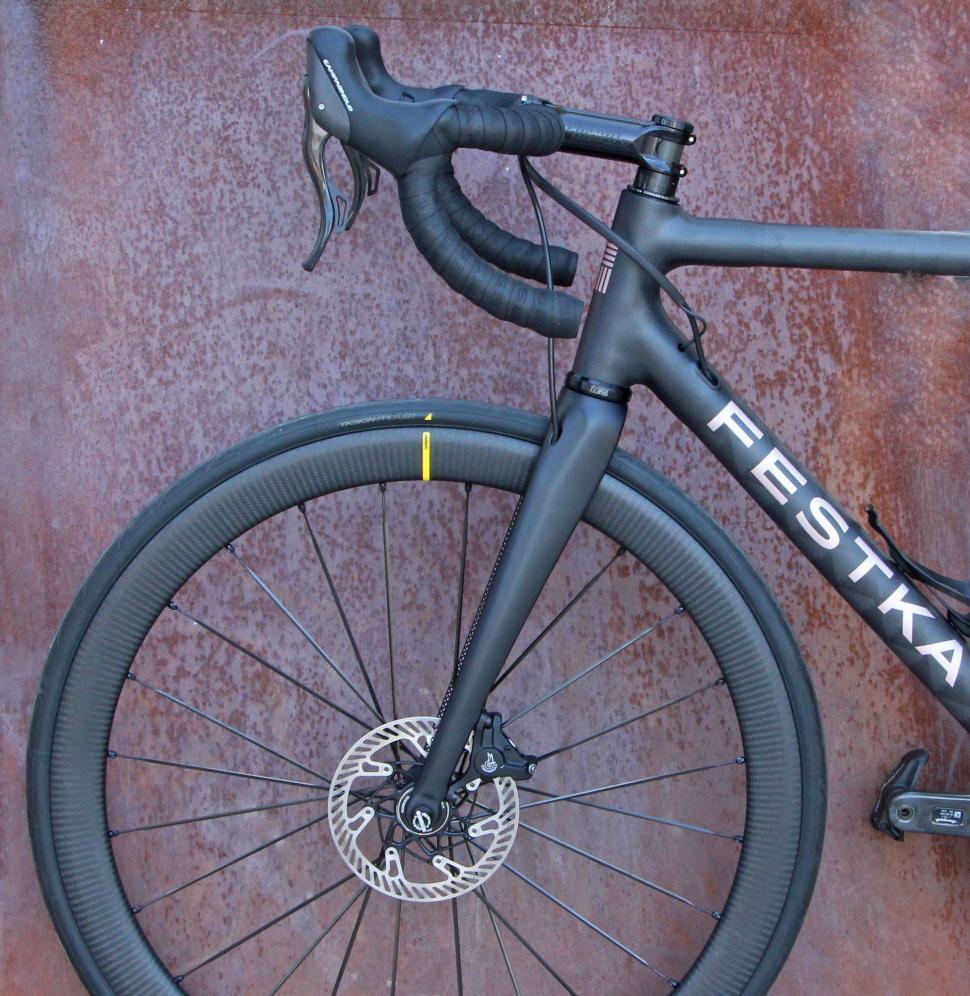 Here’s the key info in brief from Mavic before we start:

Mavic says that its aims with the new wheels were to reduce weight for faster climbing and snappier accelerations, and to make running tubeless tyres easier. 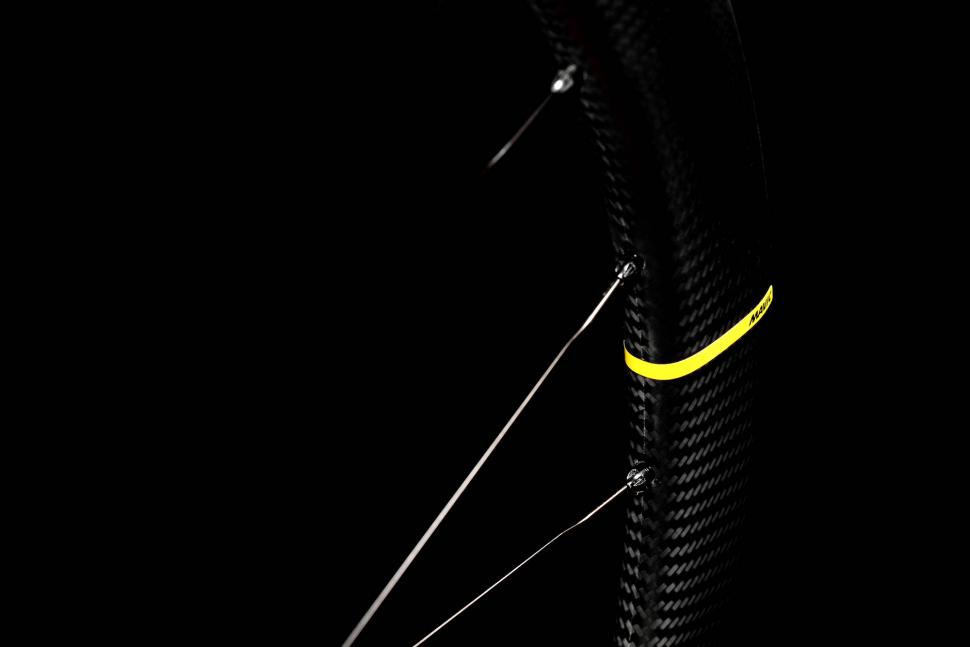 In order to save weight, the Cosmic SLR 45 Disc uses a rim laminate that’s lighter than that used for the existing Cosmic Pro Carbon SL Disc, and eliminating the need for tape sheds more grams. Whereas the Cosmic Pro Carbon SL Disc has a ready-to-ride weight (complete with tape) of 1,590g, Mavic claims a weight of 1,470g for the new Cosmic SLR 45 Disc wheelset. 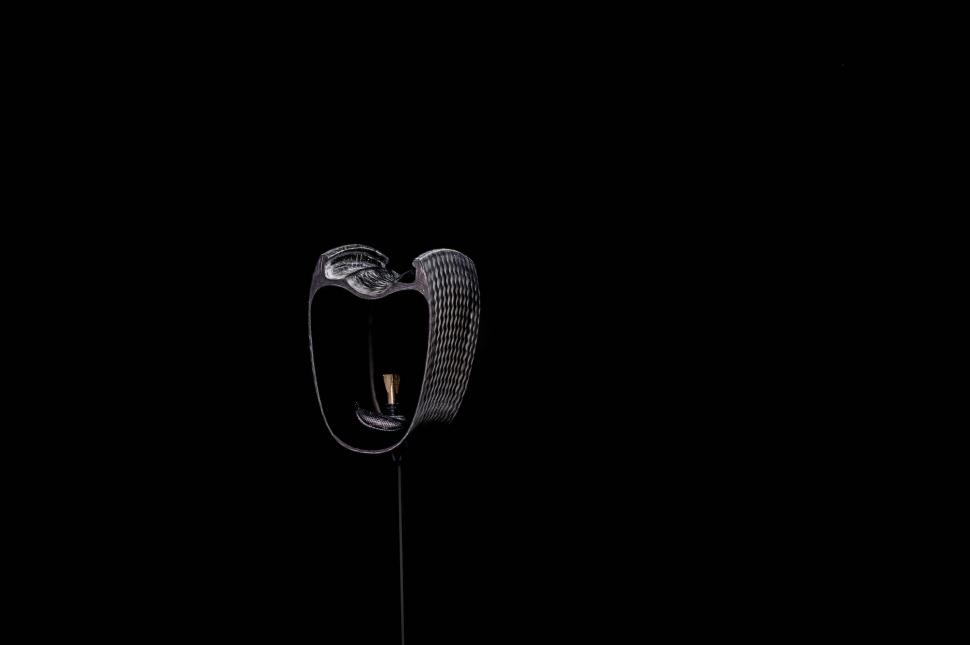 Mavic has slightly updated the the design of its UST rim contours for model year 2021. A wider central groove is designed to make mounting tyres easier, including tyres with wide beads. The hump that ran on either side of this central groove has been removed for easier tyre removal, although Mavic says that the tyre still remains locked on to the rim even at very low pressure. 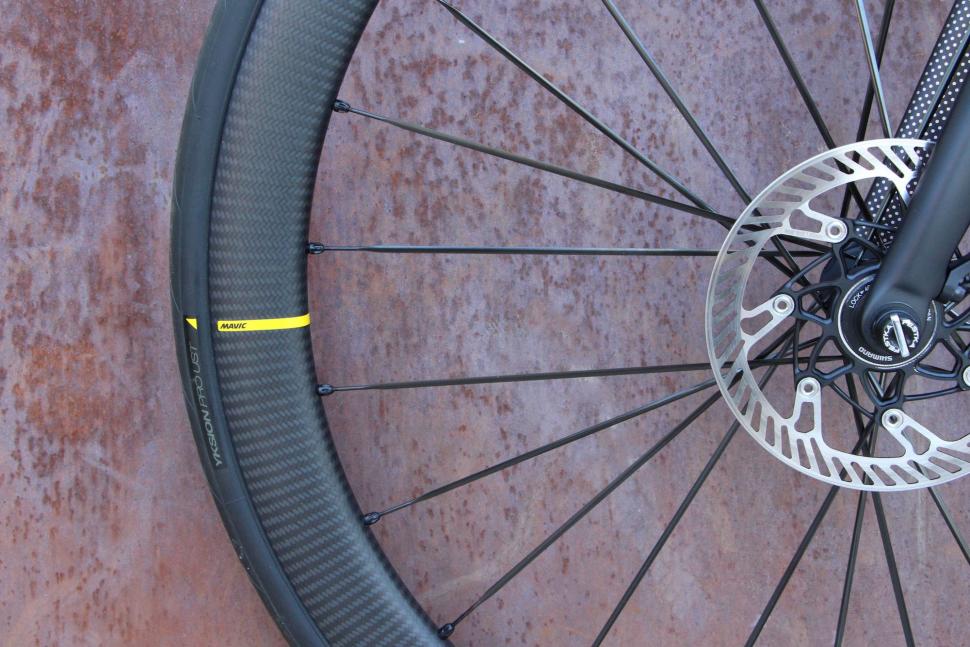 Starting with model year 2021 wheels, all Mavic Tubeless wheels will be compatible (safe and easy to use) with all ETRTO-compliant tubeless tyres, ETRTO being the European Tyre and Rim Technical Organisation which seeks to align standards to allow the interchangeability of rims, tyres and valves.

The rim is made to a NACA (National Advisory Committee for Aerodynamics) profile designed to minimise drag and increase stability, and the elliptical spoke shape is said to save the equivalent of 4 Watts at 40km/h over a standard flat spoke (ie you’ll be able to maintain 40km/h at a slightly lower power output). 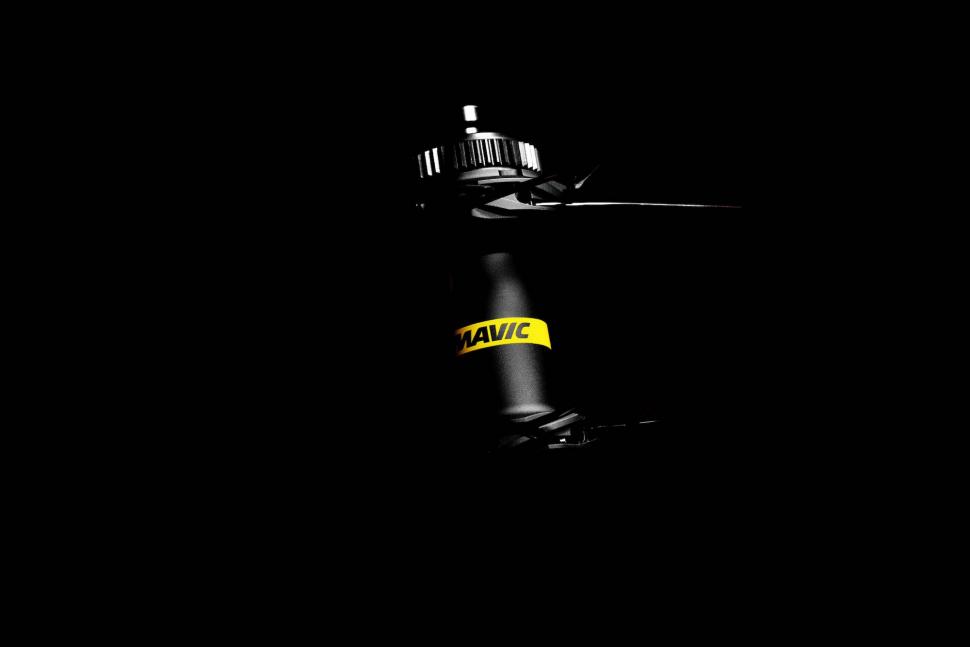 Mavic says that the Infinity hub platform offers optimal spoke tension and swapping between a quick release, 12x135 and 12x142 thru axles is a tool-free job. 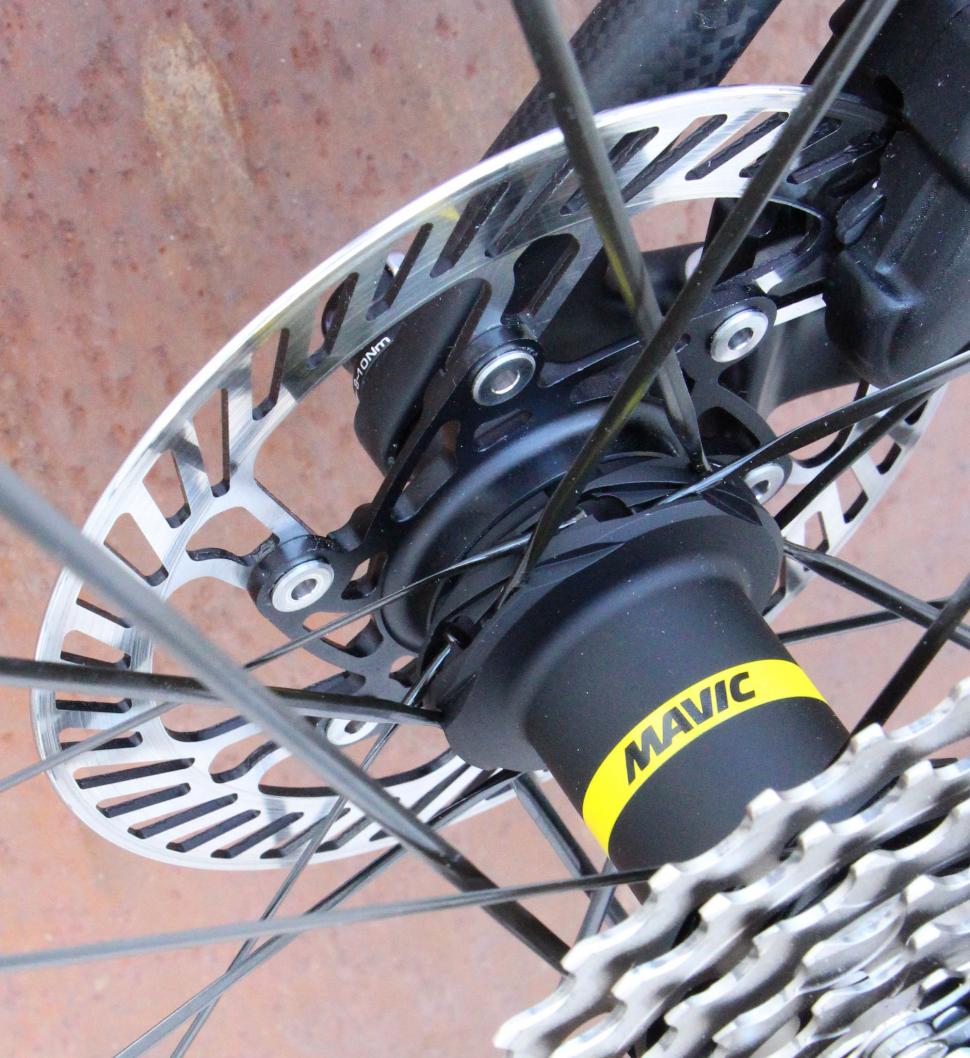 The rear hub uses Mavic’s ID360 free wheel system which engages in 9° when you start to pedal thanks to its 40-tooth double-ratchet design.

The axle is 2.5mm thick which makes for greater stiffness, Mavic says. A removable rubber damper allows you to decide between a loud or a quiet freewheel sound, and we know that many people are particular about this! 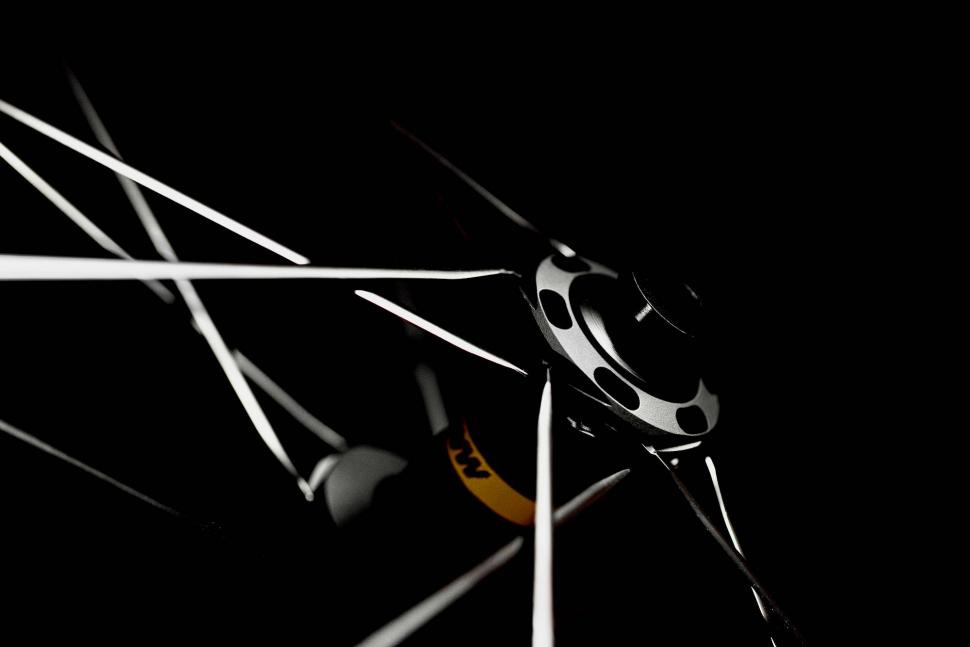 Mavic says that the Cosmic SLR 45 Disc tubeless wheelset is “equally at ease on hilly roads and mountain passes, from perfect tarmac to broken roads”.

Mavic divides its range into four performance levels (S, SL, SLR and Ultimate), the Cosmic SLR 45 sitting on the second tier. Although Mavic tyres will still be available after-market in 2021, they'll no longer come as standard with wheels.

Get more info over at www.mavic.com.