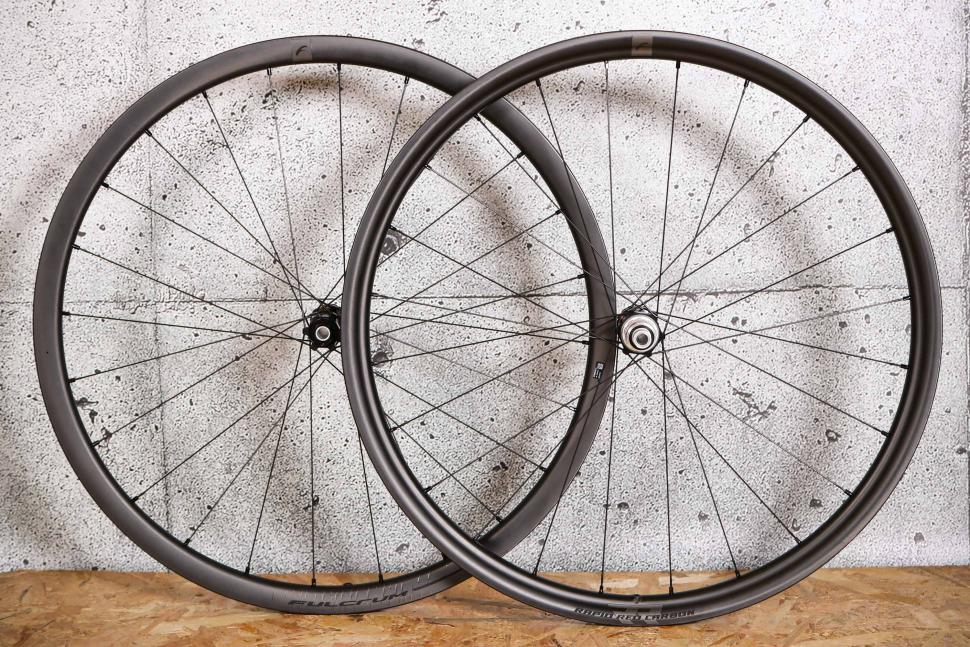 Fulcrum says that it has applied technological knowledge from its top of the range wheels to the gravel-specific Rapid Red Carbons to give them some additional speed, and we got the chance to take a look at them courtesy of UK distributor i-ride. 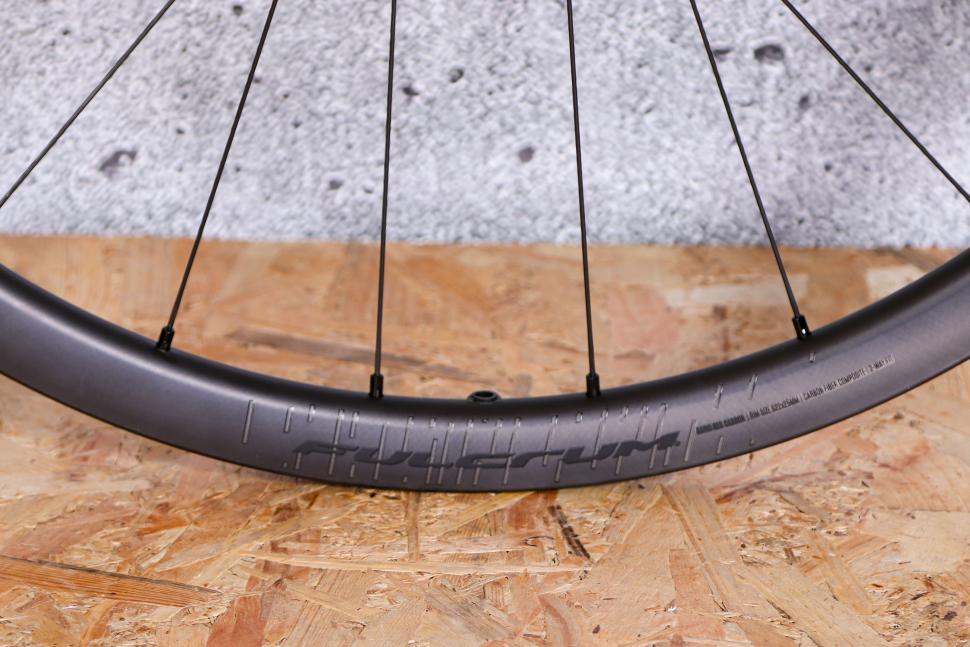 Fulcrum announced these wheels towards the end of last year but we've never had the chance to check them out until now. The first thing you notice about the Rapid Red Carbon is the unusual profile of the 700c carbon rim: its U-shaped on one side (above) and S-shaped on the other (below). Curious! 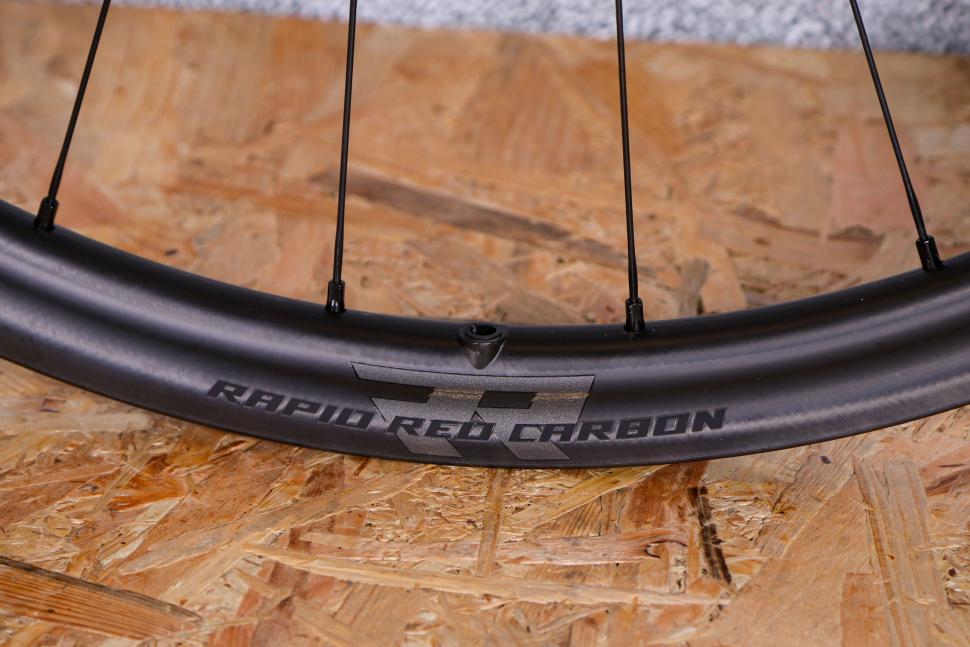 What’s going on there, then? Fulcrum says that the rim's shape allows it to balance the tension of the spokes, decreasing the difference in the span angle between the spokes on either side of the wheel. This, it says, ensures performance over the long term. Fulcrum also claims that the profile allows for an increase in stiffness over a U-shaped rim to the tune of 2.5% – and we always love to quote a good statistic here on road.cc.

The Rapid Red Carbon features a non-drilled bridge – so when you look at the top of the rim there are no holes to be seen. This allows you to fit tubeless tyres without the need for any tape – although, of course, you could go for a tubed setup if you prefer. The lack of holes also means that the bridge is uniform throughout, without areas of stress or weakness.

Fulcrum reckons that this makes for a longer rim lifetime and improved fatigue resistance, and the possibility of higher spoke tension. Fulcrum also says that the shiny, mirrored C-Lux Finish on that bridge makes it easier to install a tyre – although we only had a photography sample and weren’t able to try that for ourselves.

The rim is 30mm high and 30.6mm wide with an inner width is 25mm, designed to provide plenty of support to the kind of tyres that you’re likely to use on gravel and other rough surfaces. Fulcrum says these are suitable for tyres from 38mm right up to 60mm wide.

Rather than following the trend for hookless rims, Fulcrum uses a mini-hook system to hold the tyre in place because, it says, this means there’s no restriction on the pressure you can stick in there other than that given by the tyre manufacturer. 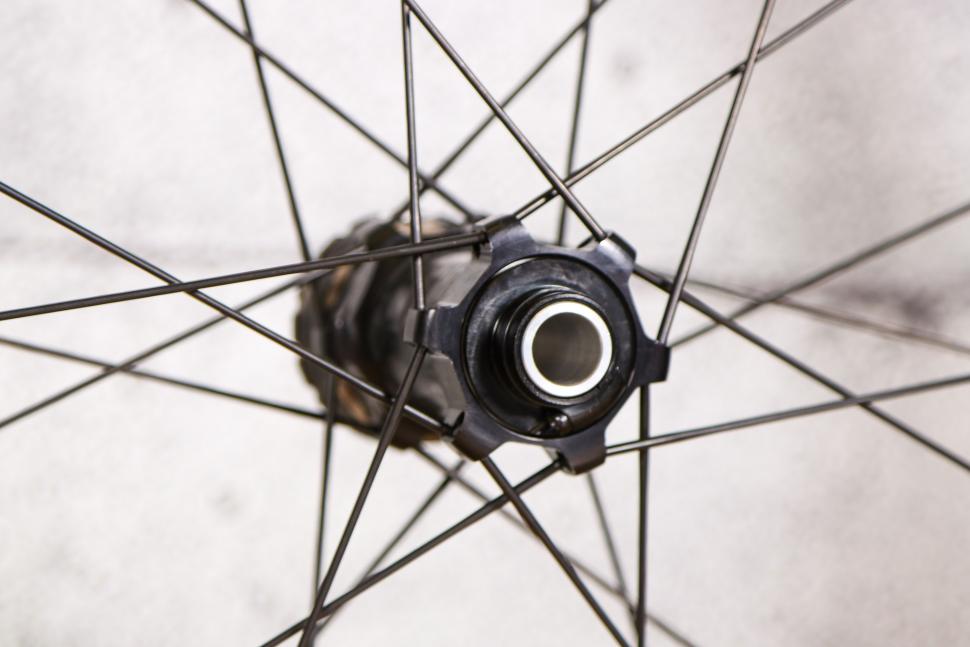 Fulcrum says that it has opted for straight-pull hubs – meaning that there’s no need for a bend in the spokes – “for weight optimisation and perfect radial assembly”. You get 24 double-butted stainless steel spokes front and rear. 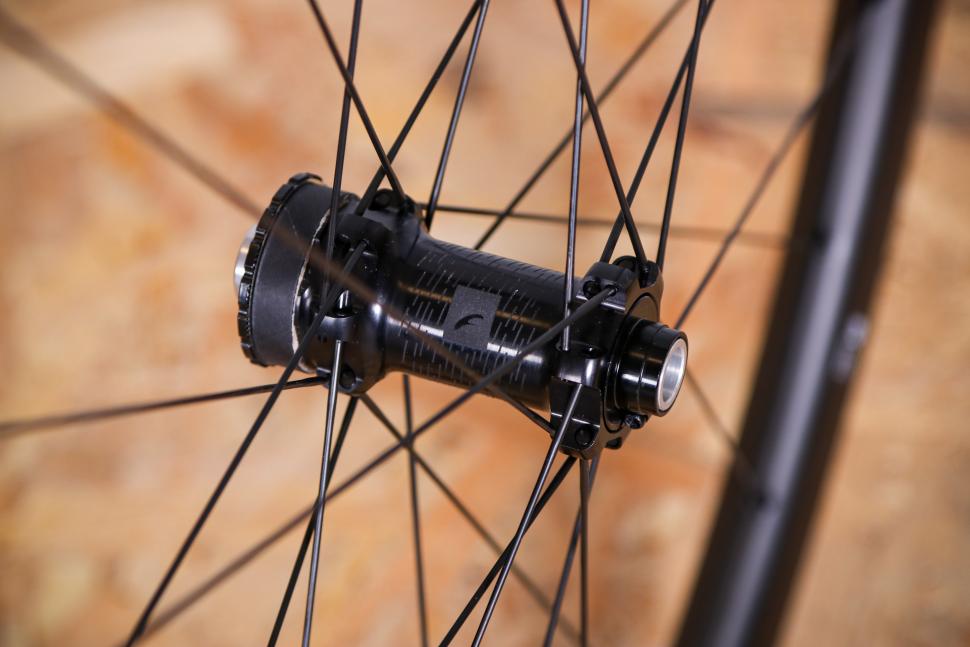 The nipple holes are produced in the mould rather than drilled in afterwards, the idea being not to compromise the strength of the structure. This is also designed to ensure that the spoke holes are perfectly angled with the hubs.

The rims feature Fulcrum's new Direct Inmold Matt Finish – DIMF for short. This means the finish comes directly from the mould, rather than from any process afterwards. 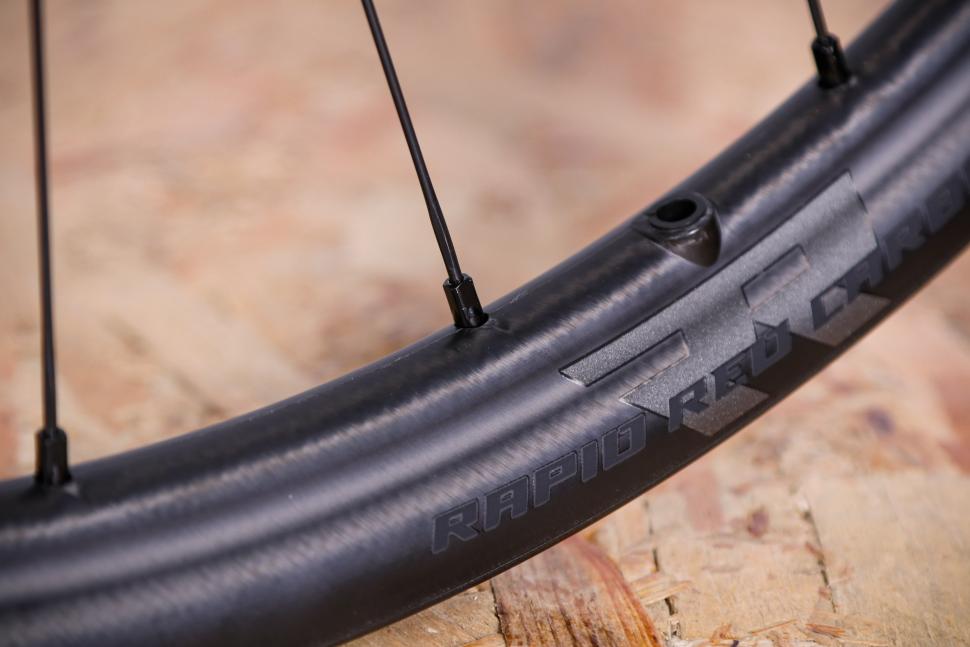 The use of that non-drilled bridge (above) means you can’t access the spoke nipples in the normal way, so the Rapid Red Carbons use Fulcrum’s existing MoMag technology. This means that traditional-style nipples are pushed inside the rim via the valve hole and seated in the spoke hole by a magnet.

Fulcrum claims a wheelset weight of 1,490g. It also says that the Rapid Red Carbons are “a benchmark in terms of reliability” after over 4,000 hours of lab testing different prototypes and lamination versions to get to the final design. 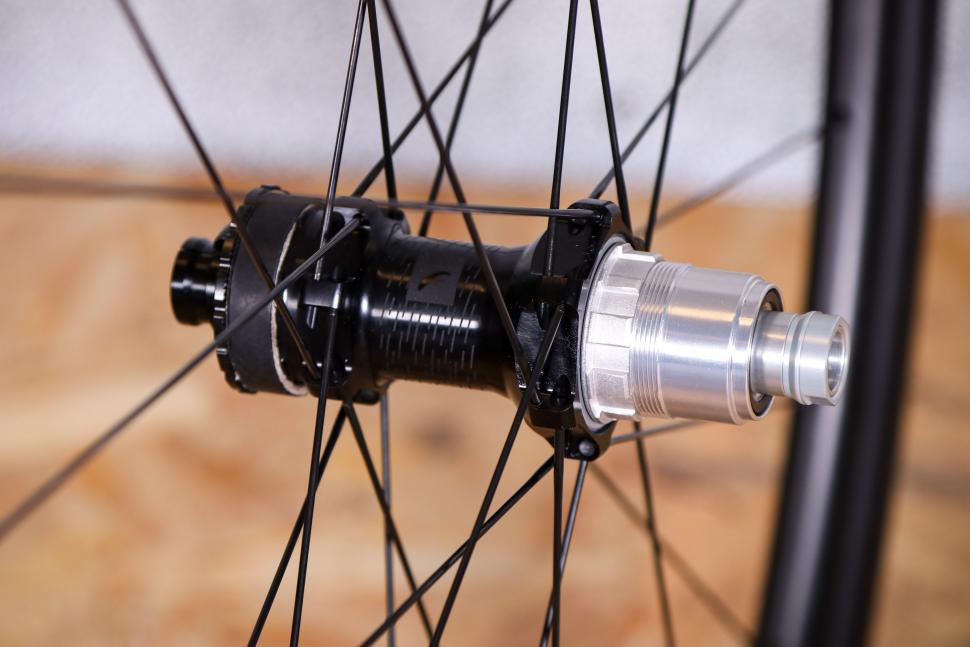 The Fulcrum Rapid Red Carbon wheels are available with HG11 (Shimano/SRAM), XDR (SRAM), and N3W (Campagnolo) freehubs at £1,399.99. You can buy them here.