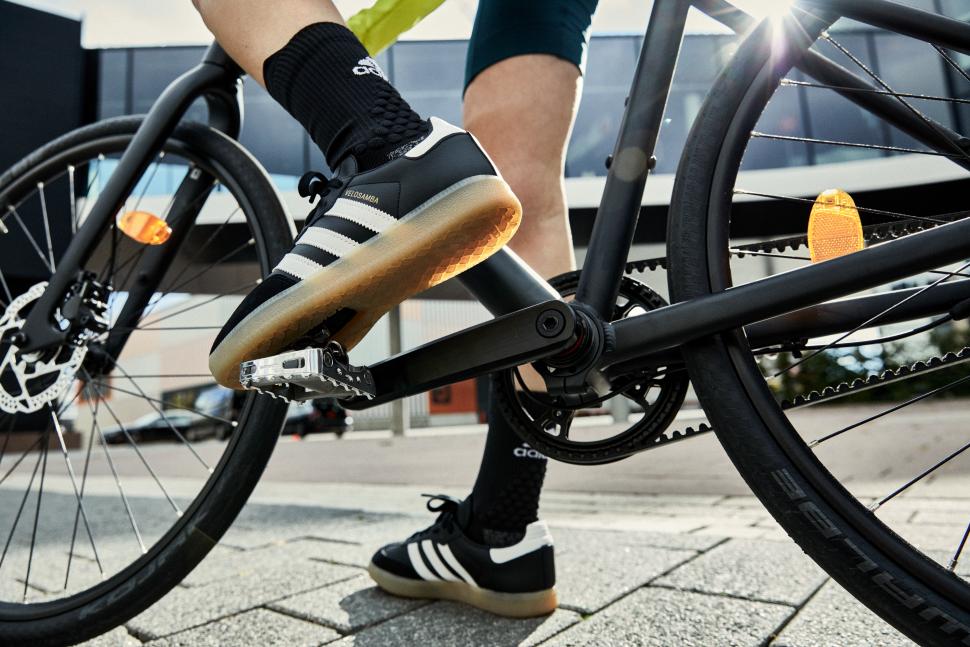 The coated leather upper draws on the brand’s popular Samba design, while the sole is cycling-specific
by Anna Marie Hughes

Adidas has launched an SPD version of its classic Samba shoe to “meet the needs of a young and burgeoning generation of cyclists that are building a creative, diverse and city-based cycling culture.” This is the brand’s second cycling footwear launch in four months after a 15-year hiatus. 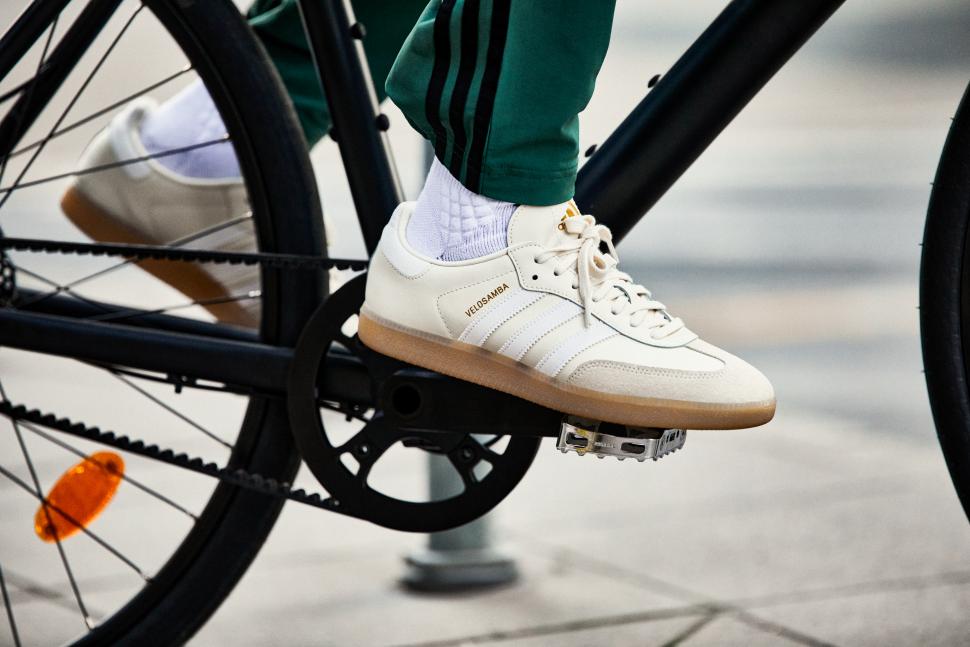 The Velosamba Cycling Shoe brings cycling specific features to the brand’s iconic Samba football shoe. The SPD compatible shoe is said to draw on Adidas’ street style heritage and expertise in cycling—the mainstream footwear brand produced cycling shoes as far back as the 60s, but ended its cycling line in 2005.

“The ambition behind Velosamba was to create a shoe that fused street style with the outsole technology, providing a seamless experience both on and off the bike that enables wearers to be more agile and shift from bike to foot with ease”, says Adidas.

Laces are used for the closure system, while a recycled nylon insole board is included for stiffness.

Visibility on the roads is catered for with three reflective stripes as well as reflective heel details. 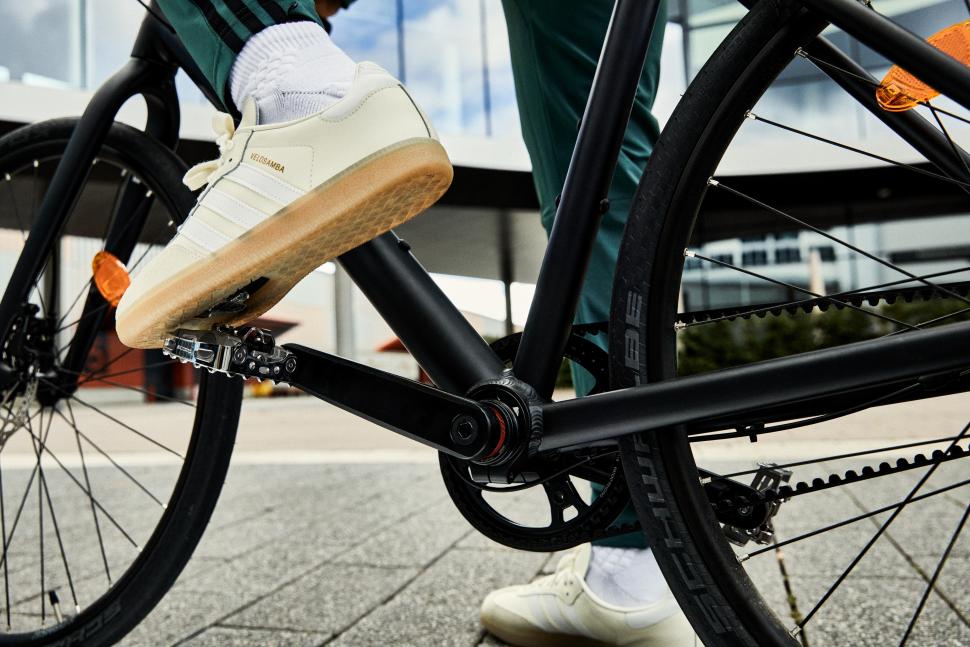 The rubber cup outsole, which promises to be hard-wearing, has a cut-out window for two-bolt SPD cleats, which Adidas says is to “provide a seamless transition for wearers to explore on-foot”.

Adidas launched its three-bolt cycling shoe, the Road Shoes (£130), in November which aimed to improve accessibility to the sport, and is further achieving this through its new two-bolt offering for commuters and city cyclists.

This year we also reported that Adidas Outdoor collaborated with Megmeister to create an eco-friendly wool base layer for cycling, with technical Drynamo technology.

Would you like to see more mainstream footwear brands provide cycling compatible versions of their iconic designs? Let us know in the comments below...