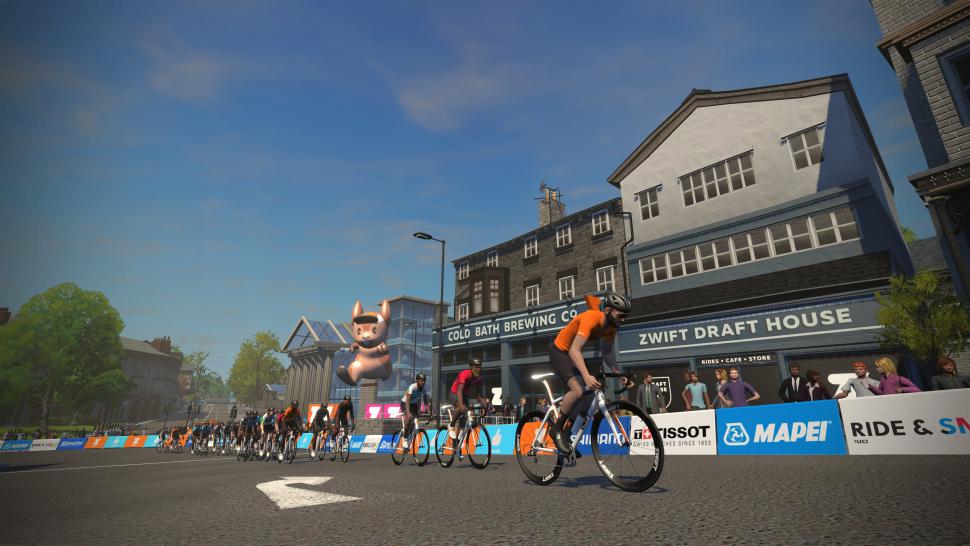 You can now steer in the virtual world, plus details of Harrogate course
by David Arthur @davearthur

Zwift has today announced the addition of the UCI Road World Championships finishing circuit in Harrogate, to coincide with racing in Yorkshire in a couple of weeks time.

But more exciting than that, it has revealed steering control, taking the gamification of indoor cycling to another level. It’ll be launched to the public next week after being shown for the first time today at Eurobike, the world’s biggest cycle show. We don't have any pics of the steering control test yet, but our team over in Germany at the show will be taking a closer look, so stay tuned for more. 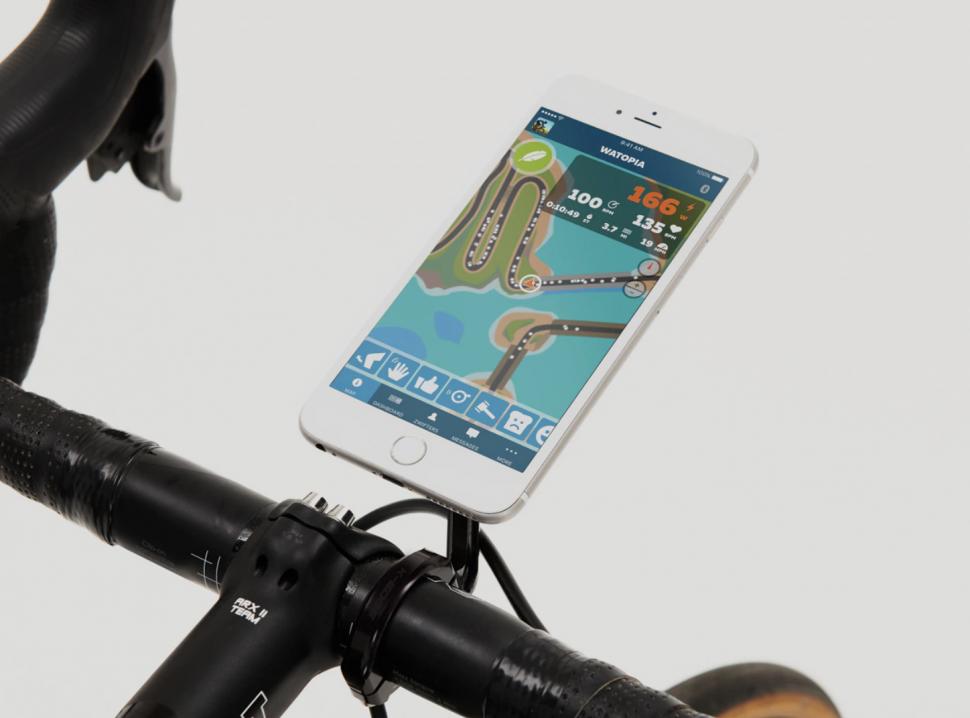 The new steering control, launched under the company’s new FutureWorks label, will initially be available only on Titan’s Grove in Watopia, the most recent course expansion. Its a 2 mile route and timed with a score based on how well you steer through the corners, with  Zwift Mountain Bike and Zwift Mountain Wheels to be unlocked if you get a 100% score.

Upon launching Zwift, users must select the steering option and they'll then be transported to the start of the new trail. It’s intended purely as a bit of fun.

The steering has been enabled through development of the smartphone companion app available on iOS and Android. You mount the phone to the handlebars and accelerometers in the phone sense the handlebar movement and steer your avatar in Zwift left and right.

“The teams here at Zwift have so many innovative ideas, but Zwifters have historically only been able to try those that have gone through a lengthy development process.” Comments Eric Min, Zwift CEO and Co-Founder. “FutureWorks will allow us to deliver more of these ideas at a concept phase - allowing Zwifters to give us their direct feedback on what they want to see more of. This is a means of giving the community more of a voice on what they wish to see added in the game.” 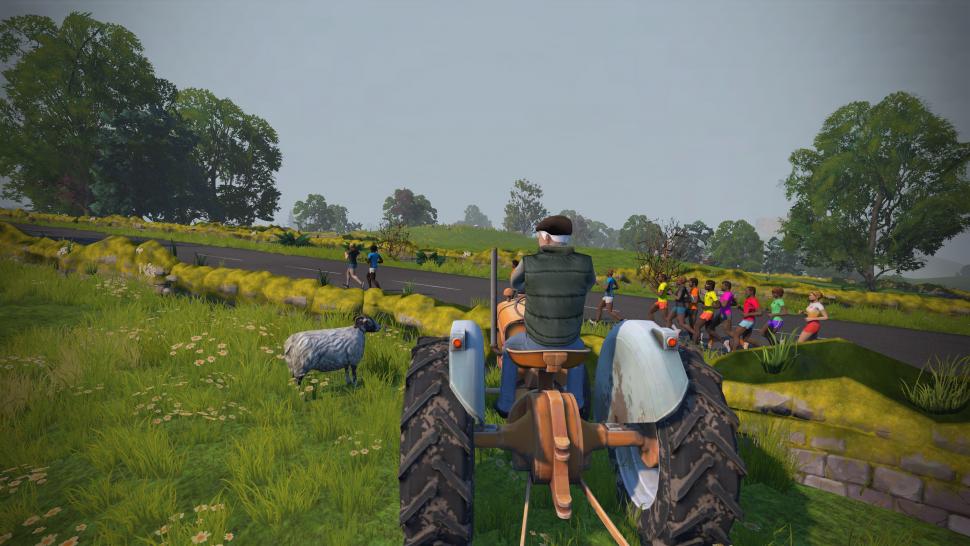 Is steering control a gimmick or a genuinely useful addition to the Zwift offering? It certainly gives Zwift another advantage over the growing number of rivals in this indoor training space. If it makes indoor cycling more fun and engaging it can only be a good thing, right? It certainly won't be for everyone but Zwift is broadening its appeal far and wide.

“Steering is perhaps the most gamified feature we’ve added to Zwift since launch, and I’m incredibly excited by it.” Adds Jon Mayfield, Zwift’s Chief Developer and Co-Founder. “From the World’s leading endurance athletes all the way to Moms, Dads and Kids, Zwift’s uniqueness is turning fitness goals into achievements through a social video game experience. Steering has been developed to take this up a level and tempt more recreational cyclists and fitness enthusiasts to Zwift.”

More details on the Yorkshire UCI Road World Championships Course, the fourth such worlds replica course now available in Zwift. The course is based on the finishing circuit around Harrogate, designed using  gpx file data and outdoor ride data to accurately replicate the gradients the pros will face, and as we saw with Innsbruck there’ll be some artistic licence. You can expect to see some “landmarks pulled in closer to the circuit” says the company.

The official circuit of the 2019 UCI World Championships.

A clockwise trip around the northern, flatter part of the Harrogate Circuit. This route hits the shorter, faster sprint portion.

A counterclockwise trip around the northern, flatter part of the Harrogate Circuit. This is where you put the hammer down and hit the sprints.

Ride the southern part of the Harrogate Circuit in reverse. Lots of hills await you here. You may need some of the Tewit Well's famed restorative waters after tackling this route.

Tackle every challenging section of the undulating Harrogate Circuit in both directions. It will take more than a sip of Yorkshire's chalybeate waters to refresh your legs after this.

Take the official circuit of the 2019 UCI World Championships. Now put it in reverse.

We'll have a closer look soon once the team over at Eurobike get up close and personal with it, and we'll take a much more indepth look when it's properly available.