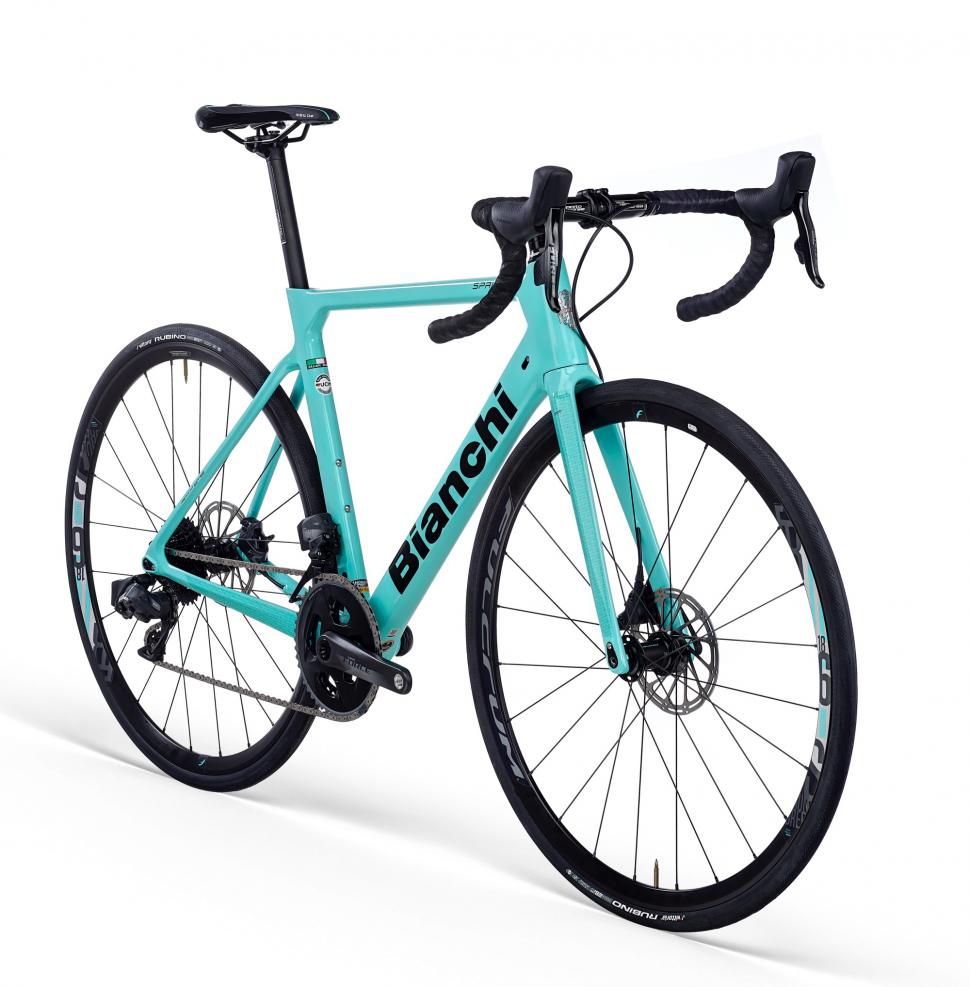 New model replaces the Sempre Pro and comes in both rim brake and disc brake models, prices starting at £1,850
by Mat Brett

Bianchi has revealed its new carbon-fibre Sprint road bike, an update of the Sempre Pro, designed to be lightweight and coming in a race geometry. The Sprint is available in both rim brake and disc brake options. 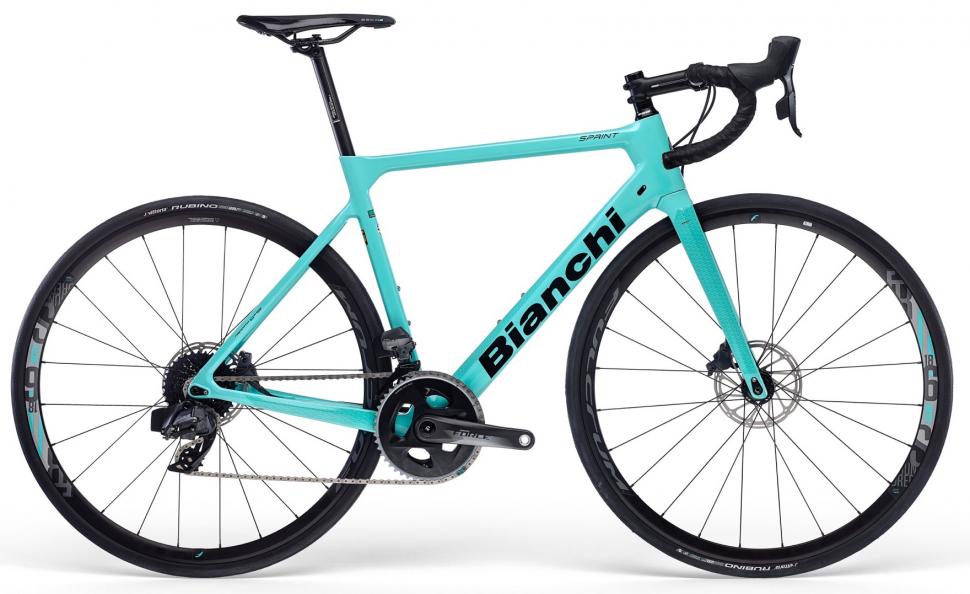 Sprint is a resurrected name for Bianchi, the original having been launched back in the 1970s. Like its predecessor, the new version is for those new to the world of competitive road cycling, according to Bianchi, as well as for riders taking on gran fondos and sportives.

"The carbon monocoque frame is constructed around a racing-specific geometry, providing an aggressive platform from which to chase down attacks, launch breakaways and sprint for mid-race primes," says Bianchi. "The aerodynamic profile of the head tube acts as further evidence of the Sprint’s elite racing DNA." 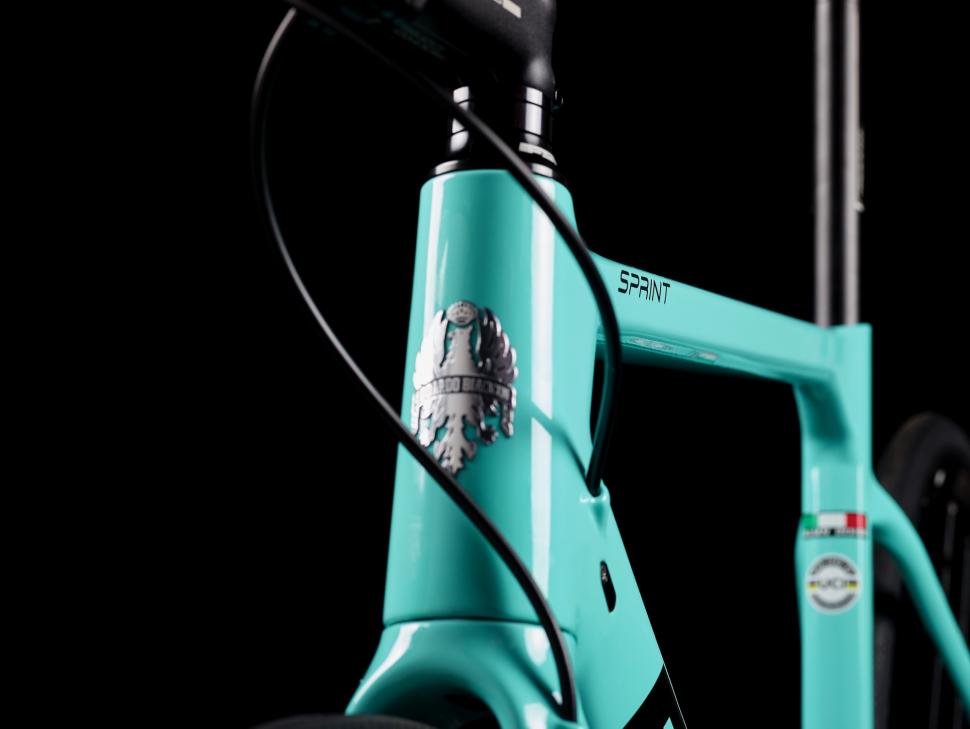 This means we need to update our guide to Bianchi's 2019 road bike range! The frame takes a PressFit bottom bracket and a 27.2mm diameter seatpost. There's no brake bridge between the seatstays on the disc brake model. 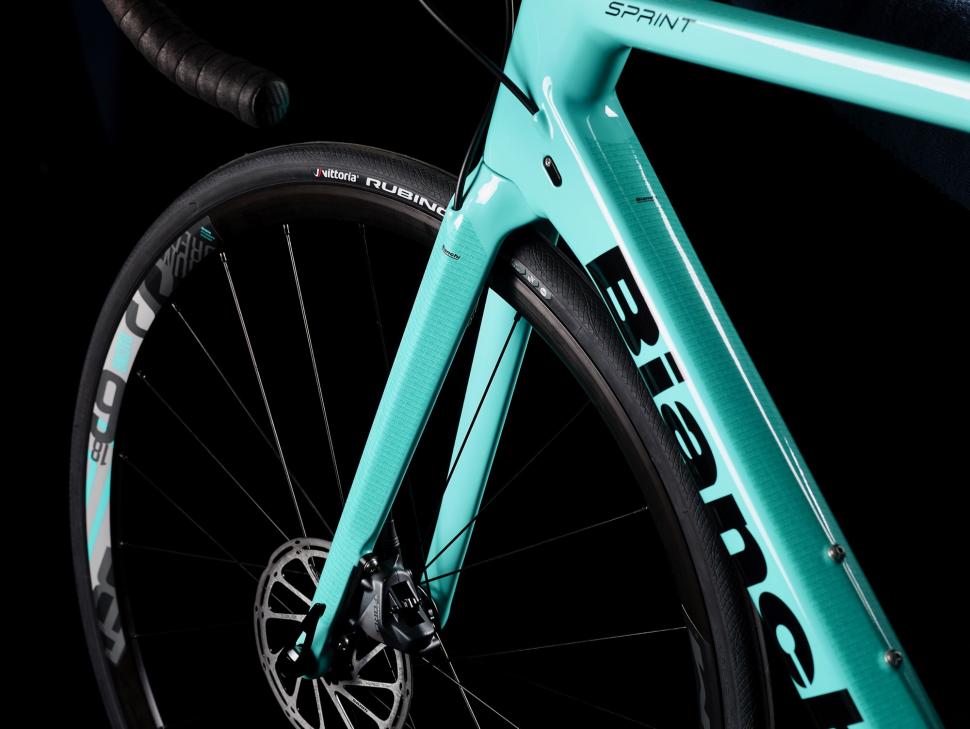 Like the frame, the fork is full carbon. It comes with a tapered steerer. 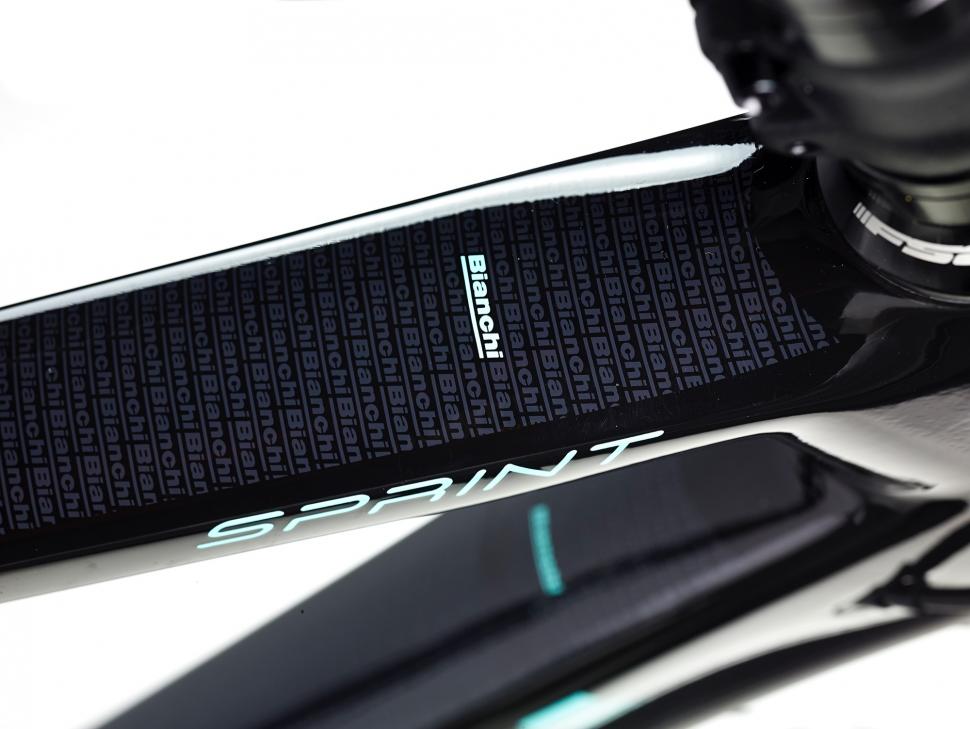 Cable routing is internal while the chainstays, fork blades, top tube and down tube feature a recurring graphic of the Bianchi logo, with a single instance picked out in a contrasting colour.

The rim brake model will take tyres up to 28mm wide while the disc brake version will accommodate 32s. The rim brake Sprint is available in eight sizes (44cm-61cm) while the disc model comes in seven (47cm-61cm). 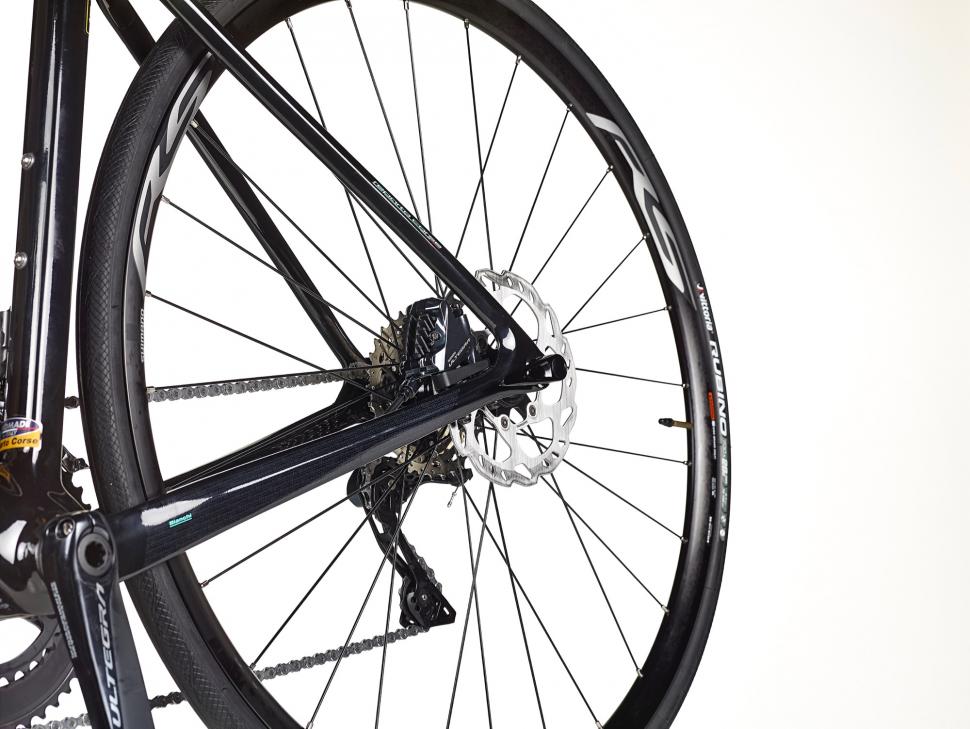 Although the geometry is not exactly the same as that of the top-level Specialissima road bike, it's very similar and the stack and reach measurements are identical in this particular size.

The Bianchi Sprint is available in various different builds:

The is also a SRAM Force eTap AXS build, but it's not available in the UK. 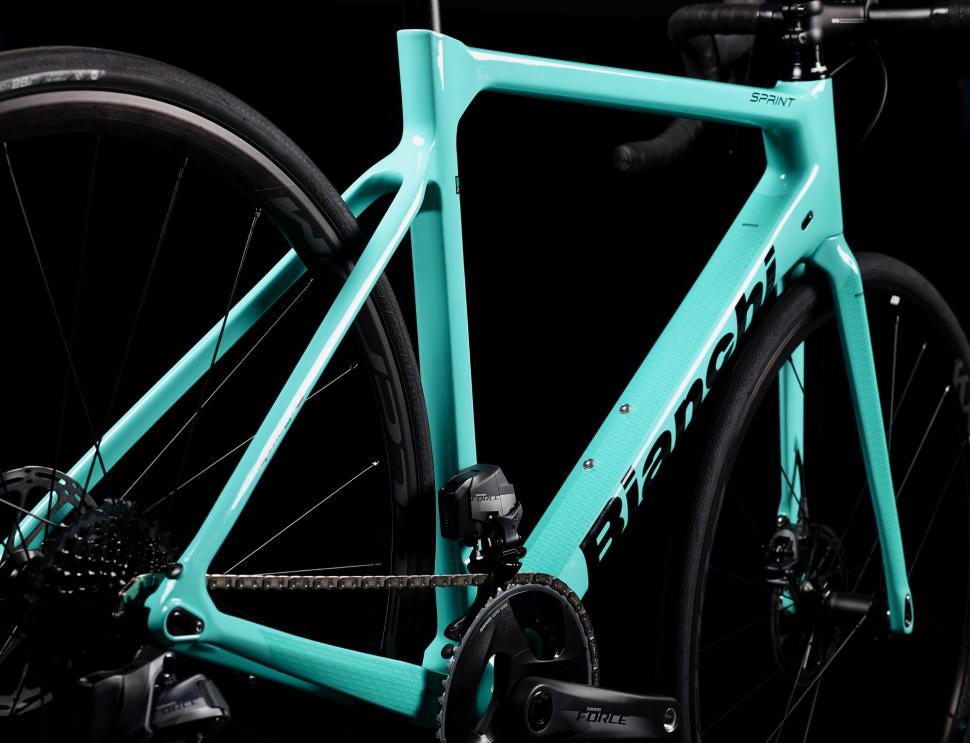 Some rim brake models are available now while the disc brake Bianchi Sprints are likely to appear in the UK in May or June.