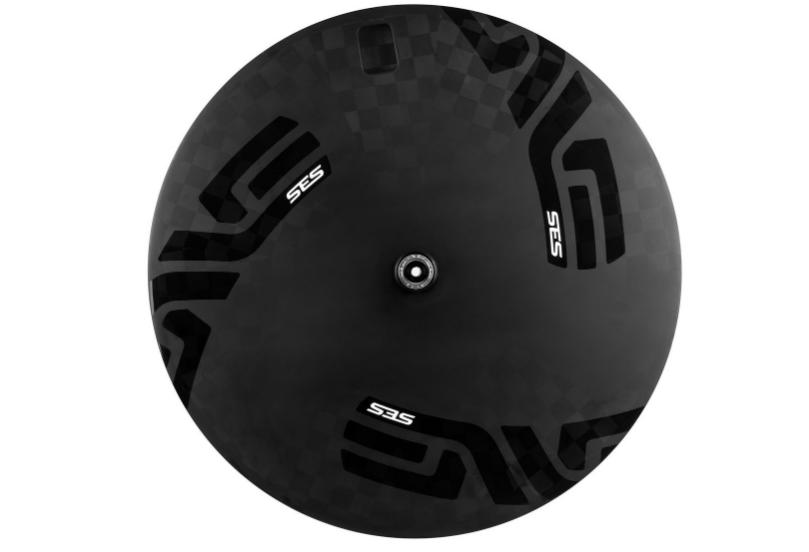 There's all manor of products out there that promise to save you some watts on all areas of your bike. We round up some of the most exciting things out there for 2019...
by Jack Sexty

There's a lot of wind-cheating and drag-reducing technology out there nowadays, from products like disc wheels and aero jerseys promising to save you lots of watts to derailleur systems that claim to make your bike's drivetrain more efficient. Below is a round-up of our top speed-increasing components, clothing and gadgets for 2019... 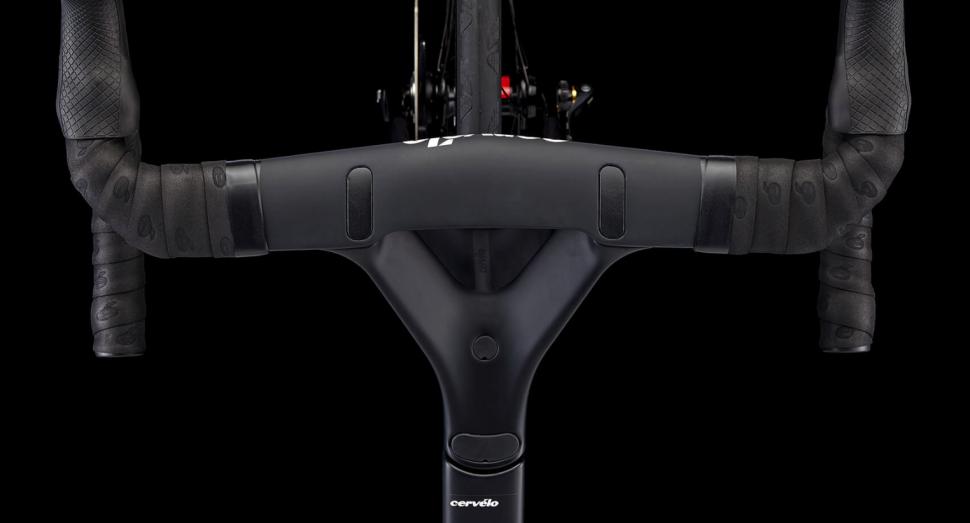 Made specifically for Cervelo's new S5, the radical new V Stem is made out of light and stiff carbon fibre and promises greater aerodynamics and allows the rider to get a better position on the bike in conjunction with the adjustable handlebars. It's available in various sizes from 80mm up to a whopping 130mm, and costs £264 on its own as a replacement part. Prices start from £4,899 for the S5 with mechanical Ultegra. High-end wheel and component brand Enve had stayed clear of making a full-on disc wheel, however their disc debut looks pretty impressive. Tubeless-compatible and available for rim or disc brakes, the SES Disc was designed for riders averaging over 27mph (that's us out then) on flat courses where conditions are optimal - Enve's official line is still that their SES 7.8 open-spoked wheels will still be faster on changeable/windy courses and for those riding at slower speeds. The wheel is a one-piece moulded construction machined with a PMI core, free of bonding expect for the hub shell, and weighs in at 1,225g. Want it? That'll be £2,900. 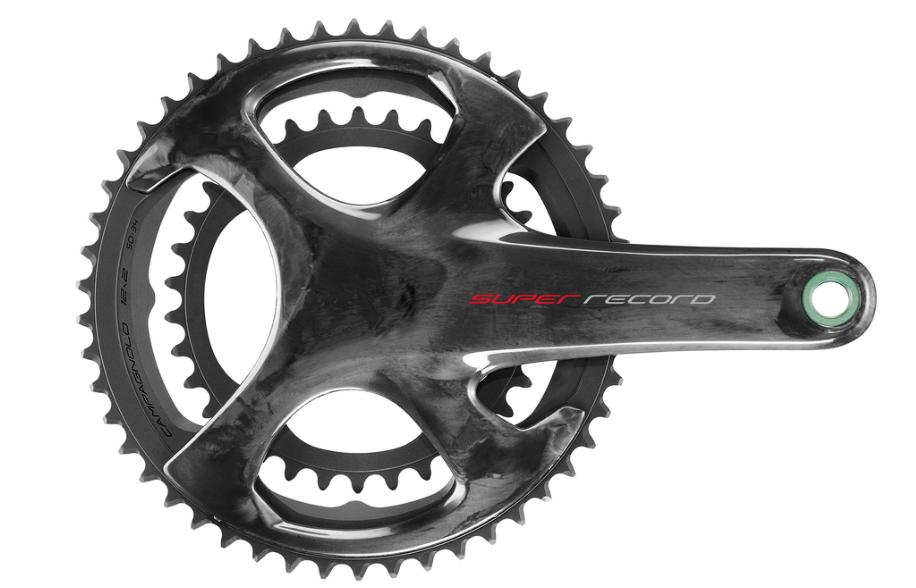 With all areas of the bike now being considered for marginal gains, Campagnolo claimed that their new Record and Super Record 12 speed cranksets are more aerodynamic than the previous versions for 11 speed because of that slab of carbon over the chainrings. Whether it makes a really tangible difference is open to debate, but every little helps... cranksets specifically designed to be aero are preserved more for track bikes, however we did recently review Vision's Metron Crankset which is designed specifically for time trial and triathlon bikes. 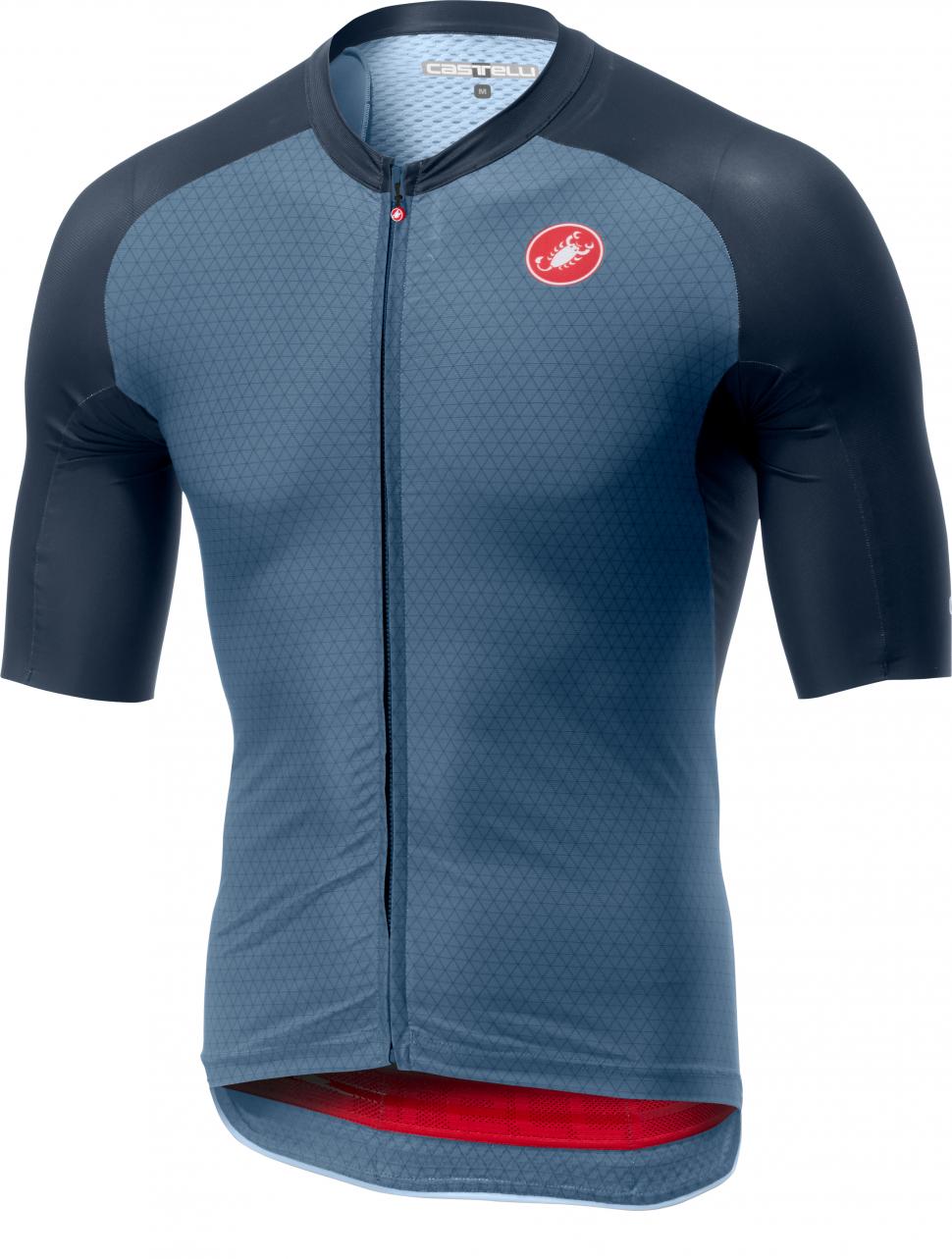 This is the jersey Team Sky will wear in 2019, and Castelli are claiming a 15 watt drag reduction at 50kph and 3 watts at 40kph. It has supposedly gained this aero benefit by analysing the placement of all the seams and utilising CFD and wind tunnel testing to asses and validate the changes. They've also focussed on increased comfort, changing the shape of the panels and the placement of the seams to make the jersey lay flatter against the body. This also helps it wick sweat more effectively to keep you cooler and drier when cycling in warm weather. Our man Dave Arthur went to the global launch to check out the kit, read the article and watch the vid here. 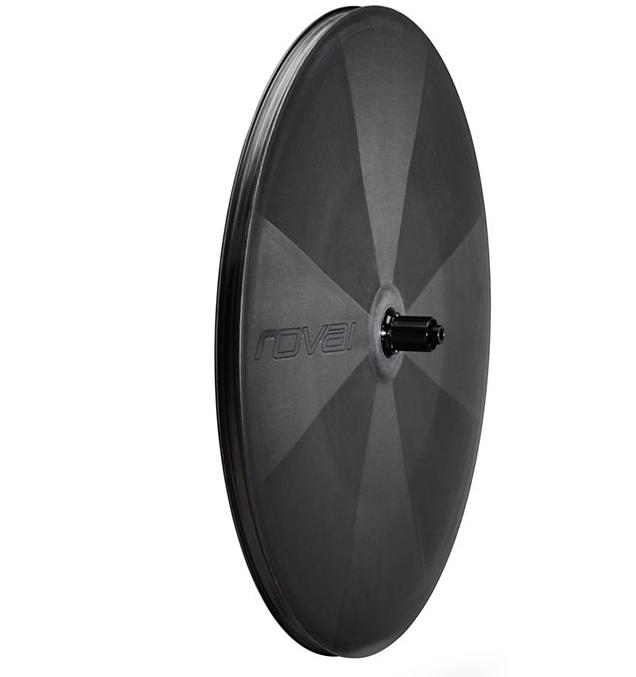 Informally known as their 'disc disc' wheel, this is a disc wheel for disc brake bikes unveiled by Specialized at the 2018 Tour de France. They're claiming it's "the fastest wheel on the planet" (of course) and breaks with convention by utilising a a single layer of 1k carbon fibre on each side of the wheel that all comes together at the brake track bridge, rather than a spoked wheel with a fairing or a carbon cover with a foam filling like other options on the market. The unique layup makes it lighter than the competition at just 1015g, and Specialized also did extensive CFD and time in their own 'Win Tunnel' to refine it aerodynamically. The hub contains CeramicSpeed bearings and DT Swiss 240 hub internals, and it's also tubeless-ready. 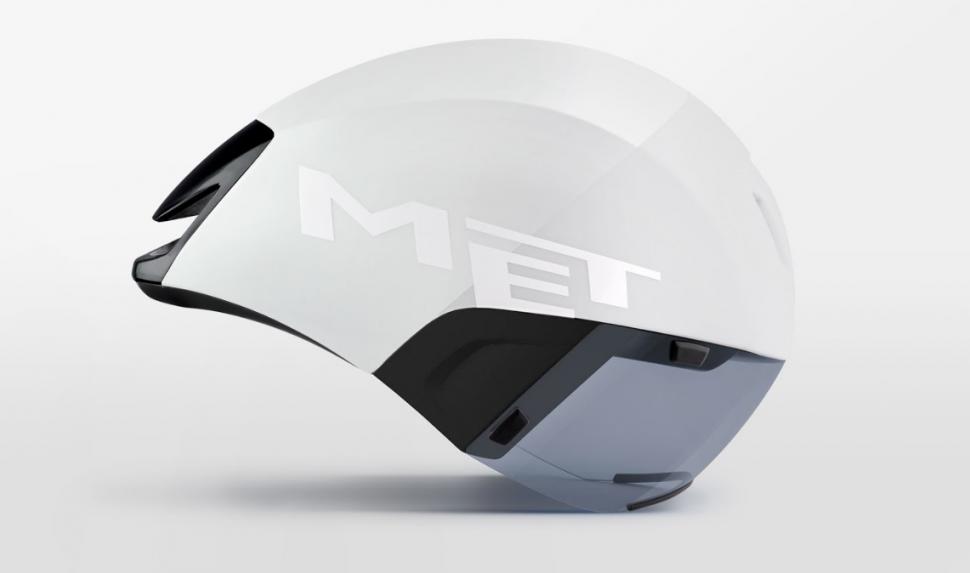 The Codatronca is a short-tailed TT helmet, designed to be aero at multiple angles for those time triallists and triathletes who struggle to maintain a super steady head position - for those of you you have perfected this, MET recommend their Drone long-tailed lid. The front is wide to guide air over the rider’s shoulders which is an area that can otherwise create wind resistance and drag, and the helmet also comes with a magnetic visor that can be stowed on top of the lid when you're not going all guns blazing or the weather takes a turn. The vents are strategically placed where the airflow creates maximum pressure, providing good ventilation without creating turbulence according to MET.

This new patent-pending system from FSA has started to appear on 2019 bikes that have FSA and Vision cockpits, and allows all cables, wires and hoses to be routed internally. The core of the system is built around the headset and integrated stem that allows bike brands to have a “plug-in” solution for clean and simple cable routing for their frames. It uses standard headset dimensions and by routing cables through the headset it also safely
preserves a round steering column that is free of drilling, according to FSA. 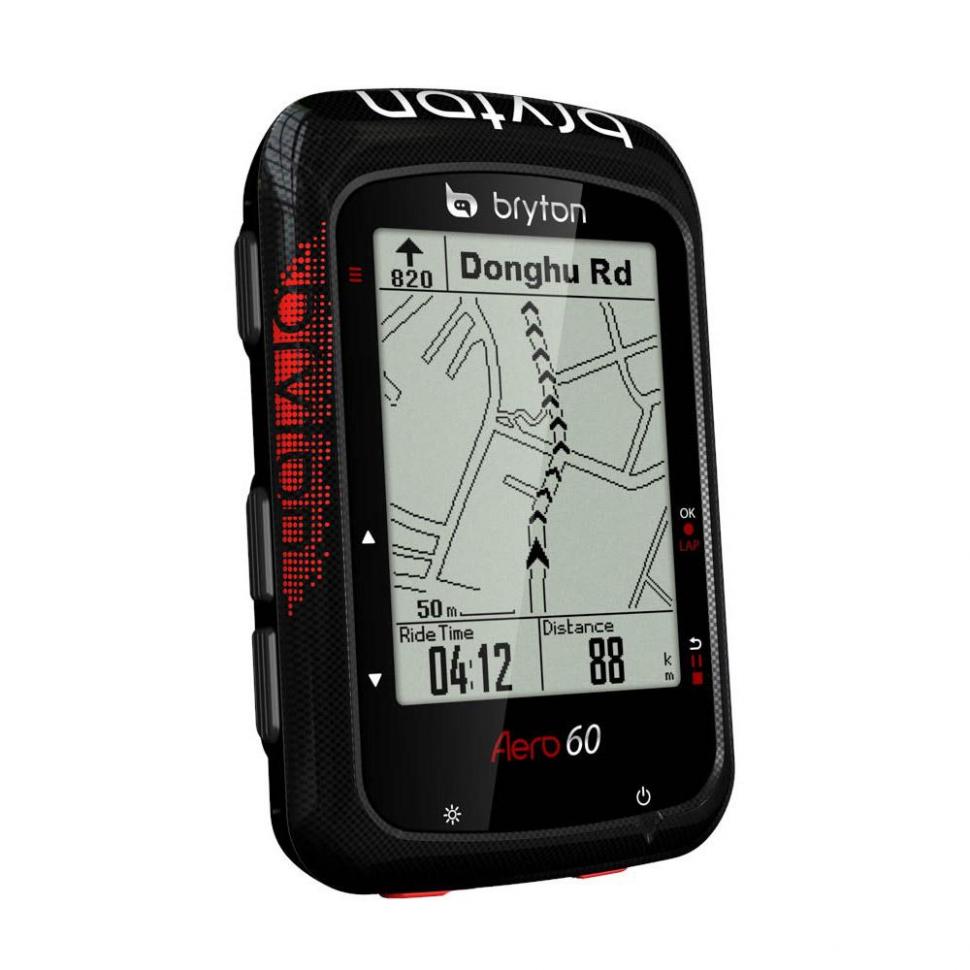 It might not be common wisdom to look towards your bike computer when trying to make aero gains, but Bryton's new Aero 60 promises to be 33% more aerodynamic than their previous computers. The 2.3” display can show up to 10 data fields on a black and white screen. Connectivity is done via the standard ANT+ and BLE while the mobile app looks to be one of the best for setting up and changing the data screens. The Aero 60 is the official computer of the UCI World Tour team Deceuninck QuickStep, so watch out for it in the peloton in 2019. 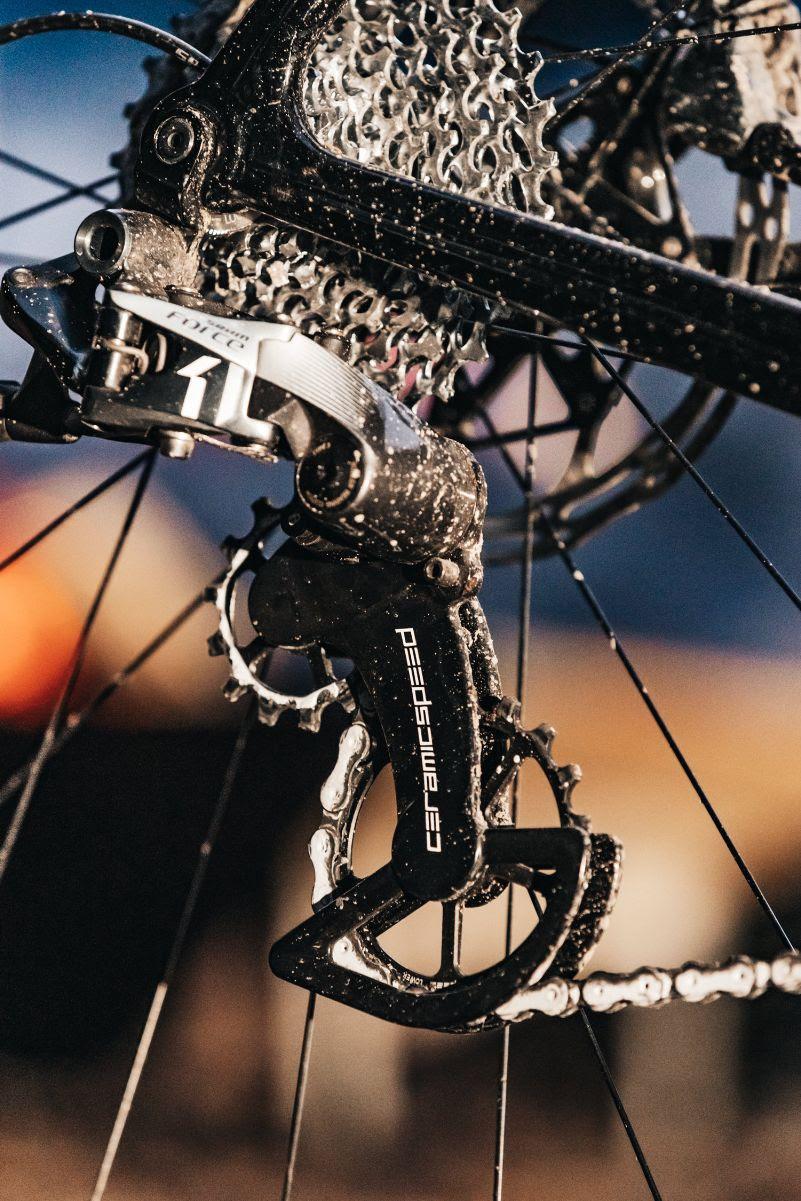 Thought marginal gains were just for roadies? CeramicSpeed's oversized pulley wheel system has now made it onto cyclocross and gravel bikes with the launch of the OSPW X. Usually the preserve of time triallists and triathletes, the oversized pulley wheels make the chain run through at a less acute angle to make it roll more efficiently through the drivetrain, and that's something elite CX and gravel riders were demanding too if this latest release is anything to go by. It's also the first oversized pulley wheel system that's compatible with a clutch derailleur, and CeramicSpeed claim the OSPW X lowers the spring tension to make up for the higher drag of a clutch. Overall, CeramicSpeed say it results in 30-40% less friction than conventional systems. Think those claims are lofty? So is the price, at €479 a piece. 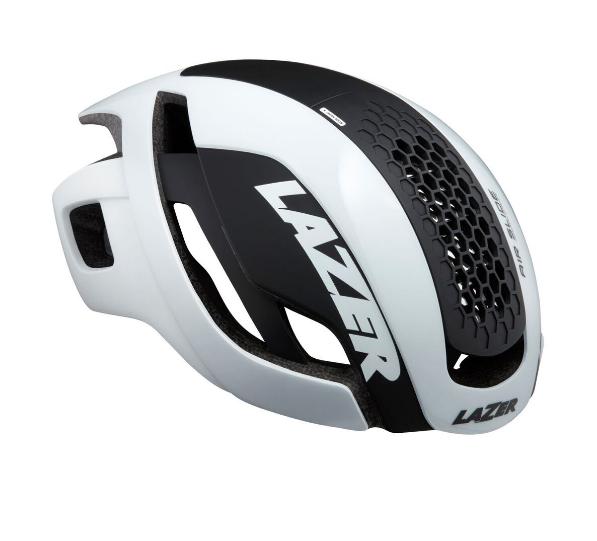 The updated Lazer Bullet now features a new removable visor courtesy of Zeiss, and Lazer have also worked to make it more breathable with the main focus been on extra ventilation. New brow vents and deeper air channels across the crown combined with a Venturi cap on the top purport to improve air acceleration through the helmet, so air entering at the front is sucked right out of the back rather than pooling inside and heating up. The Zeiss lens attaches magnetically, and the Airslide system which opens and closes the front vent has been made easier to move.