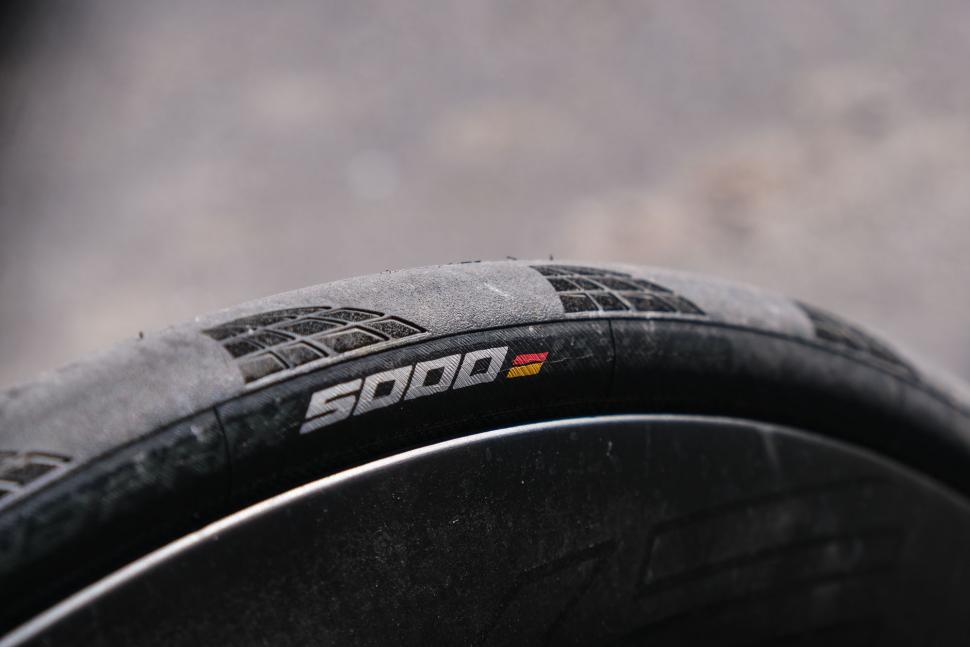 David Arthur's put some miles/kilometres in on Continental's brand new tyres, do they impress?
by David Arthur @davearthur

Following the launch last week of the new Continental GP 5000 tyres on the sunny island of Tenerife, I’ve been riding the new tyres (25mm clinchers) on my local roads around the Cotswolds plus a cheeky long weekend in Nice, logging up about 500km in the dry and rain on a variety of road surfaces. So I feel it’s a good time to deliver some first ride impressions.

There are compromises involved in choosing a tyre. You want the lowest rolling resistance, maximum grip, superb puncture resistance and cast iron durability. Low weight and a good price are good too.

Continental’s GP 4000 has earned a solid reputation for being a tyre that provides a good balance of these attributes which has led to it being a very popular tyre in its 14-year lifespan. It’s a tyre that works well for racers on sun-drenched roads to sportive cyclists on rain-sodden rough roads, and everything else between those extremes.

There’s a lot riding on Continental’s brand new GP 5000 then. At first, it doesn’t look like much has changed, other than the number, but look closer and read some of the tech details from the launch event and you realise every component of the tyre has been refined, fettled and improved to extract more from each of the critical performance departments mentioned earlier. 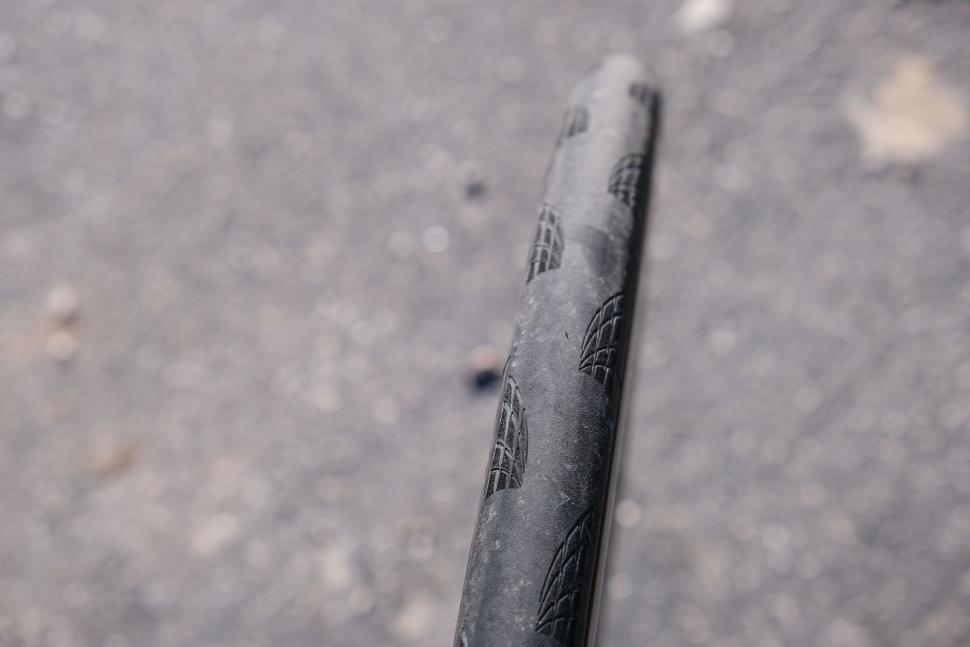 The first brief ride up and over Tiede in Tenerife didn’t provide much feedback other than why can’t UK roads be as glass smooth as they have on the small island? Back home and on familiar roads provided a much more useful assessment. I’ve recently been riding a Canyon equipped with 25mm GP 4000s so I had some recent experience on them, and it's a tyre I’ve ridden and raced a lot over the years.

With a pair of 25mm clincher GP 5000s in my hand luggage (the tubeless tyres weren’t available) I got them fitted to my current test bike, a Specialized Venge. Notes on the fitting process; they went on extremely easily with no tyre levers needed to slide the bead into the rim well of the Roval CLX 64 wheels. I set the pressure to 80 psi front and 85 psi rear and hit the road.

First impressions are, they feel like tyres! They are nice and quick on my local test loops, comprising a mix of road surfaces, short and long hills and some tasty descents. The tyres clearly deliver that feeling of speed and low rolling resistance you want and expect of a high-end tyre.

They feel agile too in the corners and on the rougher roads, they have a nice damping quality to them, providing a smooth and stable ride over the coarsest surfaces. On damp roads and in the rain, and roads with a mixture of dry and wet patches, the GP 5000s feel locked into the road with grip to spare.

To test cornering grip, the mountainous roads around Nice provided the ideal environment to really give the new rubber a stern test. And the grip levels of the new tyres turned out to be very impressive. I found excellent cornering grip at speed and within a few turns I was carrying more and more speed into corners I had never ridden before. Even through some tighter-than-expected bends, I could really lean on the front tyre confident that it would not slip out.

Continental makes some impressive claims for its new tyre, small though they might be, and some lab testing would be needed to independently verify those improvements. Out on the road and having logged up several hundred kilometres though, it’s clear the new GP5000s are every bit as good as the outgoing versions, but whether they are as markedly better than the older tyres is really hard to assess based purely on riding. 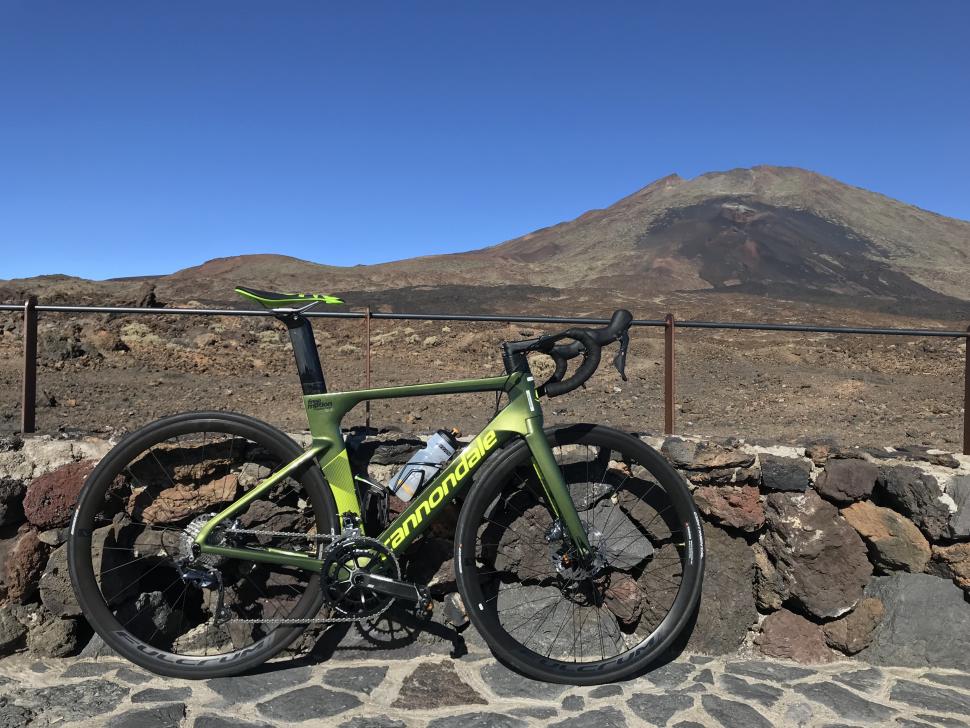 The outgoing GP 4000 is considered one of the best high-end performance tyres on the market so the benchmark is very high, but it’s clear the new GP 5000 is every bit as good and, if the Continental claims are to be believed, marginally better. It’s very difficult to give accurate feedback about how the new tyre compares to the previous one, but I can safely say they haven’t messed it up.

As of yet, I’ve not punctured. Inspecting the tyres closely reveals no cuts or holes. I'll be watching this aspect of the tyres performance very closely. Many people also mentioned the susceptibility of sidewall tears of the previous GP 4000s so that's something I'll be looking out for as well.

I’m also super keen, as a tubeless tyre fan, to try the tubeless GP 5000s so I’ll try and get some of those on test because if Continental’s figures are to be believed, they are even better.

For now, hopefully, that provides a bit of useful info on Conti’s latest tyres. Stay tuned for more.

The Continental GP 5000 at a glance