Specialized have moved their flagship triathlon bike onto disc brakes, with a massive rear hydration tank and an integrated box built into the downtube that holds up to 12 gels...
by Jack Sexty

Specialized have radically overhauled their top-of-the-range triathlon bike, the S-Works Shiv, by adding disc brakes and a whopping rear hydration box to get you through an Ironman, training ride or long-term drought without the need to stop for refuelling.

Your complete guide to Specialized's 2018 road bike range
Ultimate superbikes: 13 of the most expensive production road bikes in the world

The new Shiv Disc was in development for over seven years, with huge amounts of storage, plenty of adjustability and easy folding parts for stress-free travelling. It all adds up to "the most complete triathlon bike ever made", so say Specialized, and the perfect weapon for the lava fields of Kona where the Ironman World Championships are contested annually. 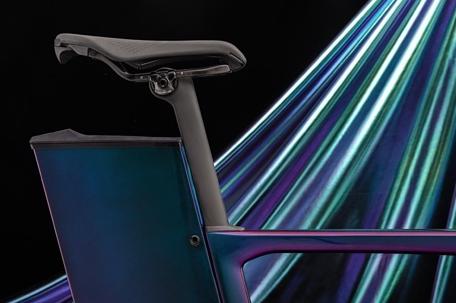 Specialized say the rear Fuelcell holds up to 50oz (nearly 1.5 litres) of fluid, which was born of a demand from their pro athletes competing at the annual Ironman World Championships in Kona to be able to get through at least the first half of the bike leg (90km) without needing to refill bottles. This solution will do that and then some, say Specialized, with a neat routing system leading to a straw between the bars so you can sip at will without having to come out of your aero tuck. It's built onto an aero-optimised seat tube, that Specialized first refined aerodynamically before adding on the hydration solution in the airfoil behind it. 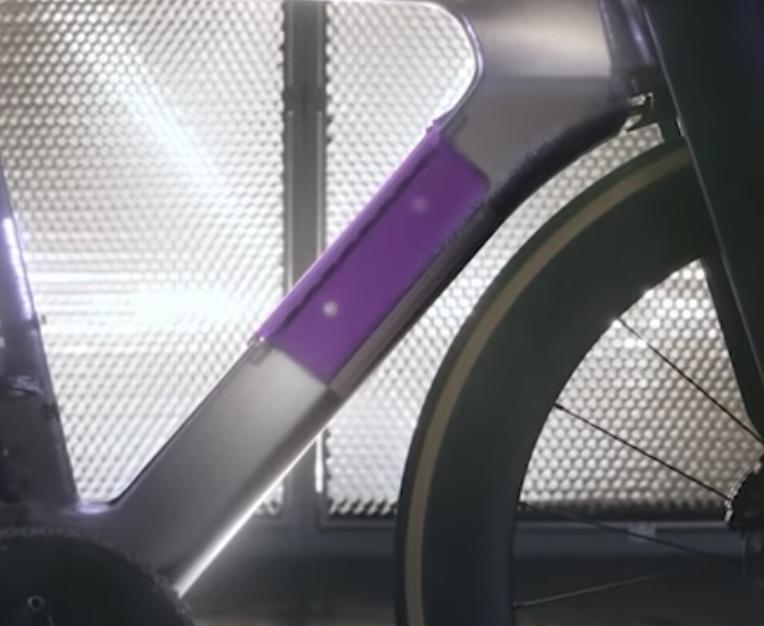 The storage doesn't stop there, with a 'Nutrition Fuelcell' also forming part of the downtube that can hold up to 12 gels. This does away with bolts for a bottle cage, but you won't be needing one with the huge water tank at the rear. Specialized also recommend storing puncture repair kit here too by removing the Nutrition Fuelcell.

With the Ironman course in Kona being notoriously windy, Specialized have designed the bike to be stable in crosswinds with predictable handling, with the nose cone, fork and seat tube all optimised for the lowest drag in windy conditions. They claim the new Shiv Disc is nearly a minute faster over 180km than their 2011 Shiv set up in its fastest form possible, and minutes faster than the old bike with bottles and storage solutions added; the fork also acts as a partial wind shield for the front disc rotor, further improving aerodynamics and putting paid to the adage that disc bikes are less aero. 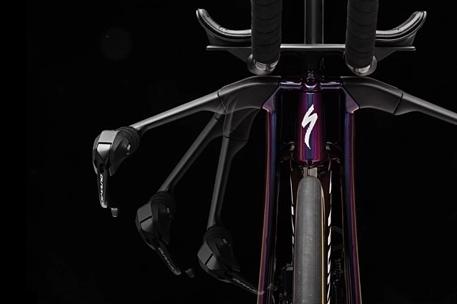 There are three three different base bar positions, with 115mm of pad stack adjustment, plus extensive pad reach adjustment, for more aggressive riding positions. The bike can also be collapsed at the front just by loosening five bolts with a 5mm allen key to pack the bike for travelling in no time; a feature Cervelo incorporated onto their P5X tri bike.

With only 500 individually numbered Shivs available initially (and six of them already with pro triathletes at Kona including Javier Gomez Noya and Tim Don) the bikes are expected to be snapped up fast; they can be pre-ordered now for the princely sum of £10,999 now over on the Specialized website.