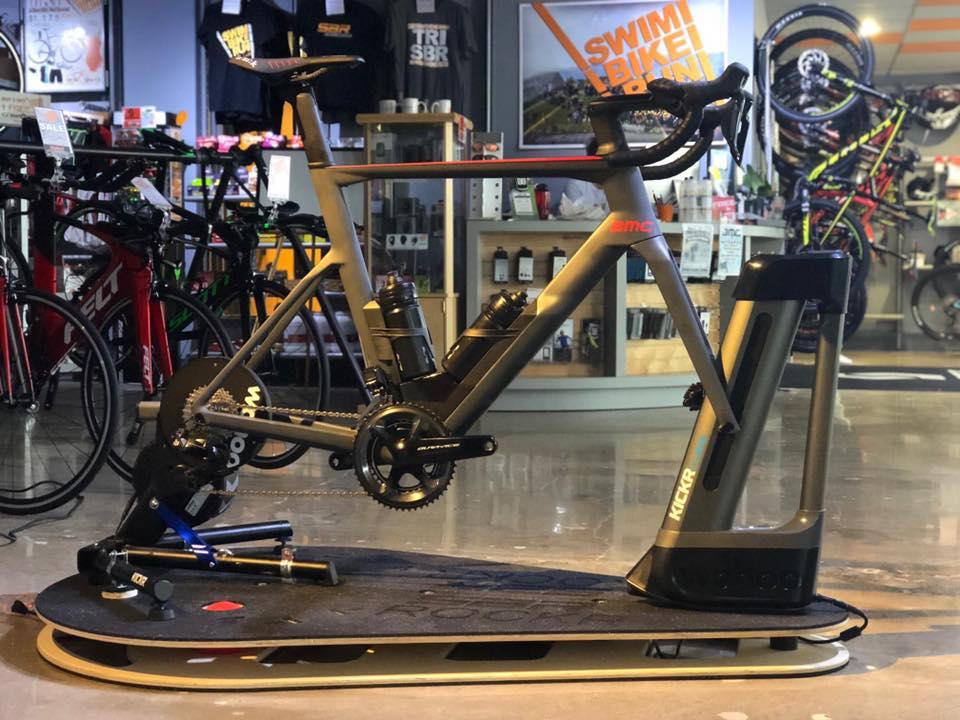 Since the development of smart trainers and apps like Zwift and TrainerRoad indoor training has become hugely popular. No more staring at the wall on a noisy unrealistic dumb trainer; it’s now more realistic, engaging and interactive than ever before. Almost as good as riding outdoors (joke!).

There is a way to raise the level of realism though: a rocker plate. It’s a large platform onto which you place the smart trainer and bike, simulating the gentle sideways rocking when you ride a bike on real roads. So far they’ve been an interesting underground development, with online groups sharing different designs and constructions, but all with the same goal of levelling up that indoor cycling realism factor. I even experimented last winter… 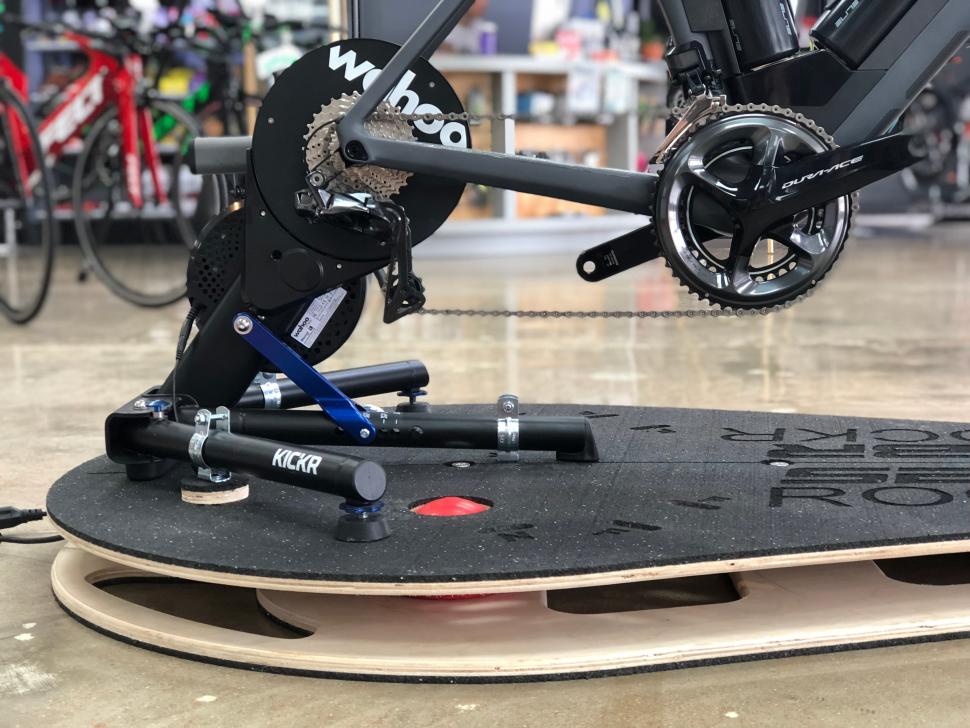 At the moment none of the big smart trainer manufacturers has cottoned onto this niche market, but one key figure in the rocker plate community (at least the Zwift Rocker Plates Facebook page I follow) Chip Self, has developed a very slick production unit called the ROCKR Pro. It launched this week and costs $499.

- 11 of the best smart home trainers

The ROCKR Pro is a full-length rocker plate - the entire bike and trainer sits atop the platform - and the shape is compatible with popular trainers like the CycleOps Hammer, Tacx NEO and Flux, Wahoo Kickr, Snap trainers, as well as the new Wahoo Kickr Climb module.

It’s made from a composite material (marine grade birch plywood press-bonded to high density recycled rubber) which is said to help reduce vibrations and noise transmission, a claimed 4.1db reduction, and also keep the weight and volume low. 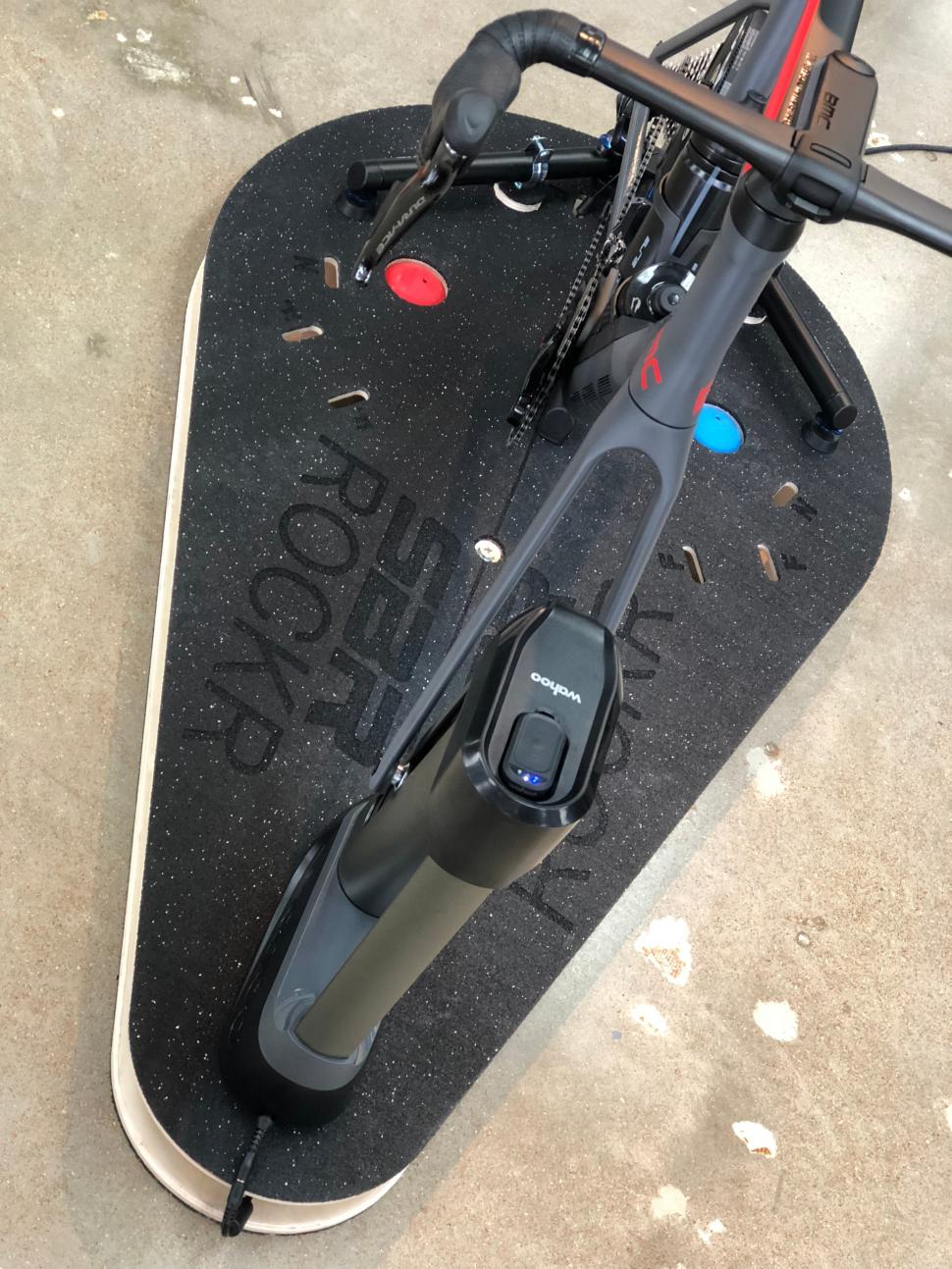 Five 5in heavy duty spike balls and five elastomer pivot points control the movement, with 15mm of fore and aft adjustment. The underside of the rocker plate has a rubber material to stop it slipping on the floor. You get a spare spike ball and hand inflator.

If that’s too expensive, there’s also the POD Pro ($375) which is a bit shorter and only designed to accommodate the actual smart trainer, so you can’t use it with the Kickr Climb, instead, it ships with a front wheel block. It’s constructed from the same hybrid deck materials with 5in spike balls.

If you feel like rolling your sleeves up and making your own, the DIY Pod ($249) is a DIY kit that includes pre-cut unfinished decks with elastomer pivots, spike balls and all the instructions. 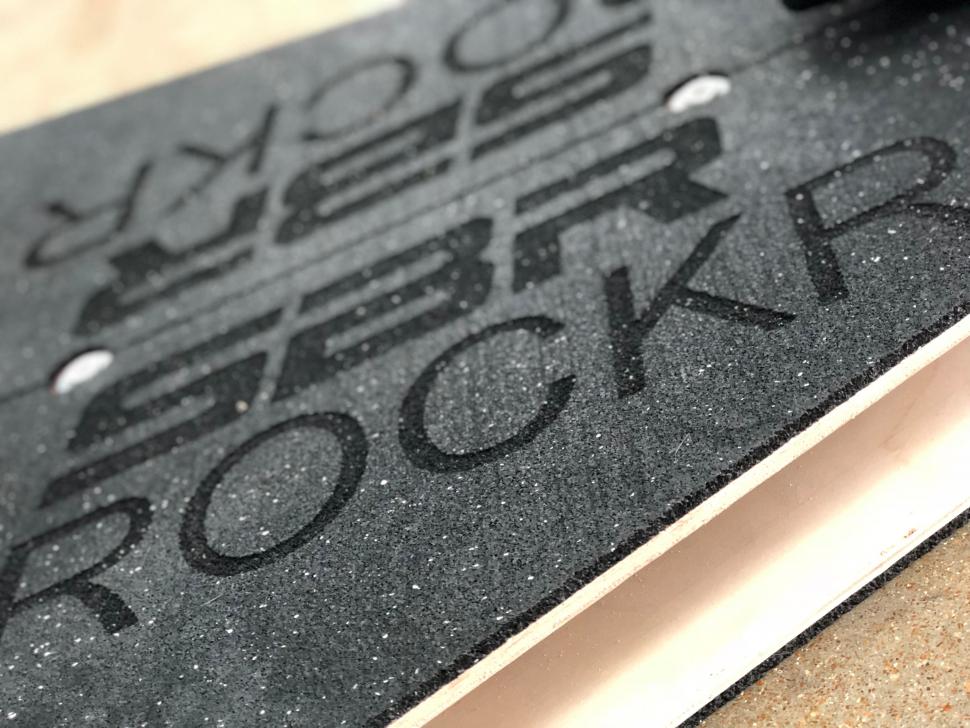 As well as raising the realism factor by allowing the bike to sway from side to side, especially when out of the saddle grinding up Alpe Du Zwift, the company claims it decreases saddle discomfort because when we ride outside the saddle position is never stationary, there’s actually quite a bit of subtle movement.

The only snag is that it looks like currently they only ship in the US. Check it out at www.sbrtrishop.com