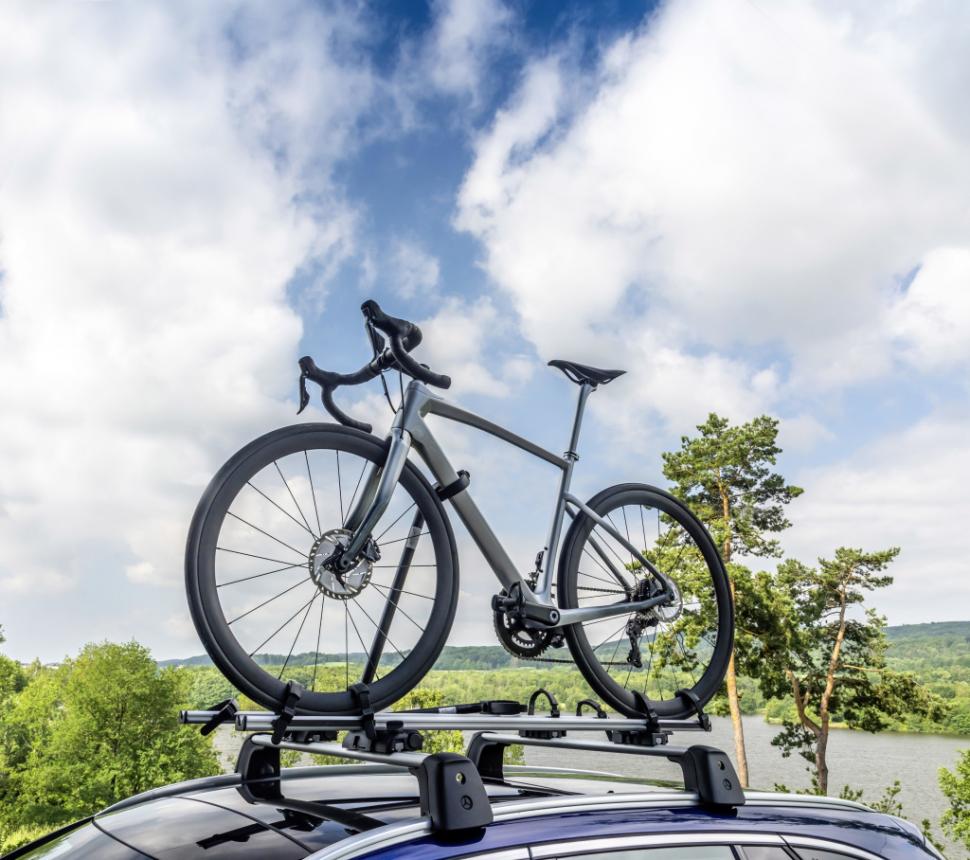 The latest in a long and sometimes questionable line of bike/car brand collaborations is an effort from Argon 18 and Mercedes, with the German car maker promising "an emotional connection" for the lucky owners...
by Jack Sexty

The Canadian bike brand and Astana Pro Team sponsor Argon 18 has joined forces with German auto giants Mercedes-Benz for a run of high-end bikes, with the first to roll off the production line a handsome silver endurance machine complete with the famous Mercedes-Benz emblem. 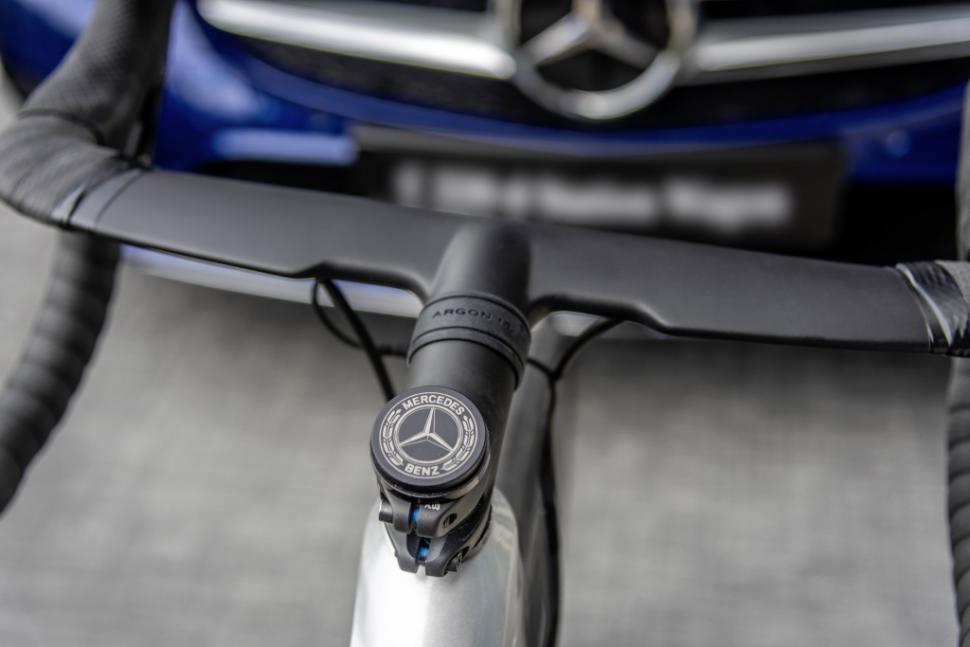 While bikes and cars don't always seem to live alongside one another in perfect harmony (see our latest near miss of the day for a quick example), those that make them would have you think otherwise; some of the collaborations we've seen in recent years include Bianchi and Ferrari, Specialized and Mclaren, Storck and Aston Martin and this frankly hideous effort from Cervélo and Lambourghini.

Argon 18 and Mercedes isn't a partnership we'd have thought was immediately obvious, but the bike, simply dubbed the "Mercedes-Benz Style Endurance Bike", looks pretty good and has some quality build kit too; the Ultegra Di2 version has FSA Trimax 40 Carbon wheels and the mechanical version has Trimax 30's, and both bikes have a silver carbon frame with a silver-black gradient on the forks and stays. The unusual curvature to the forks is purported to offer more shock absorption and control. 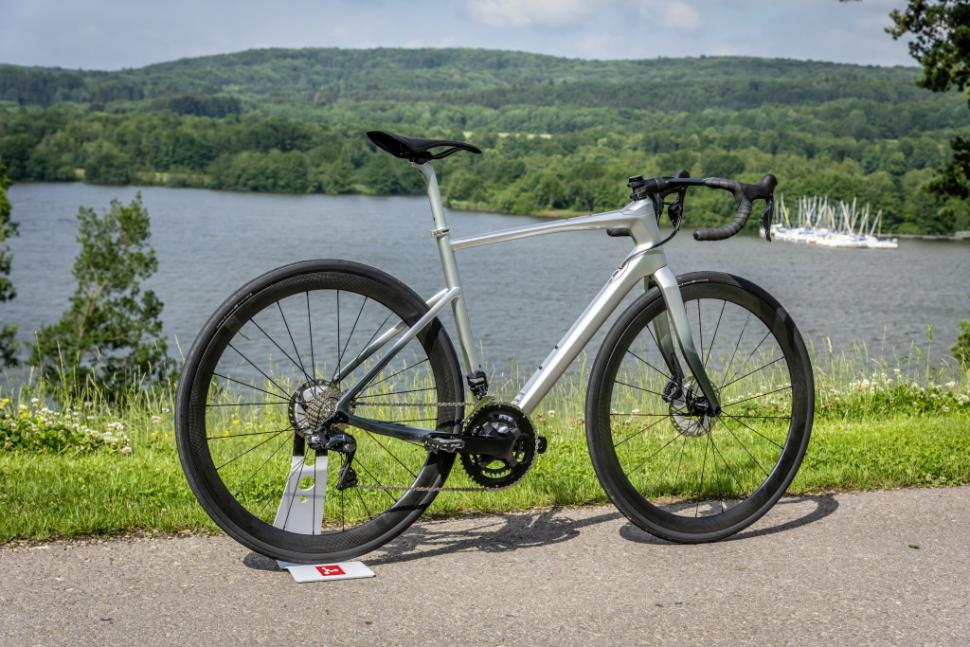 We wouldn't usually post press statements in full because they're often tedious, but this one from Martin Bremer, the Senior Brand Experience Manager for Mercedes-Benz, has to be read to be believed: "The bike blends perfectly with our design philosophy of Sensual Purity. This expresses itself in the bipolarity of emotion and intelligence. The intricate design of the carbon frame in conjunction with the typical Mercedes-Benz colour scheme, provides dynamics even while standing still, thus ensuring an emotional connection. Perfectly integrated technical components and fascinating functions represent the high competence of our new partner.” 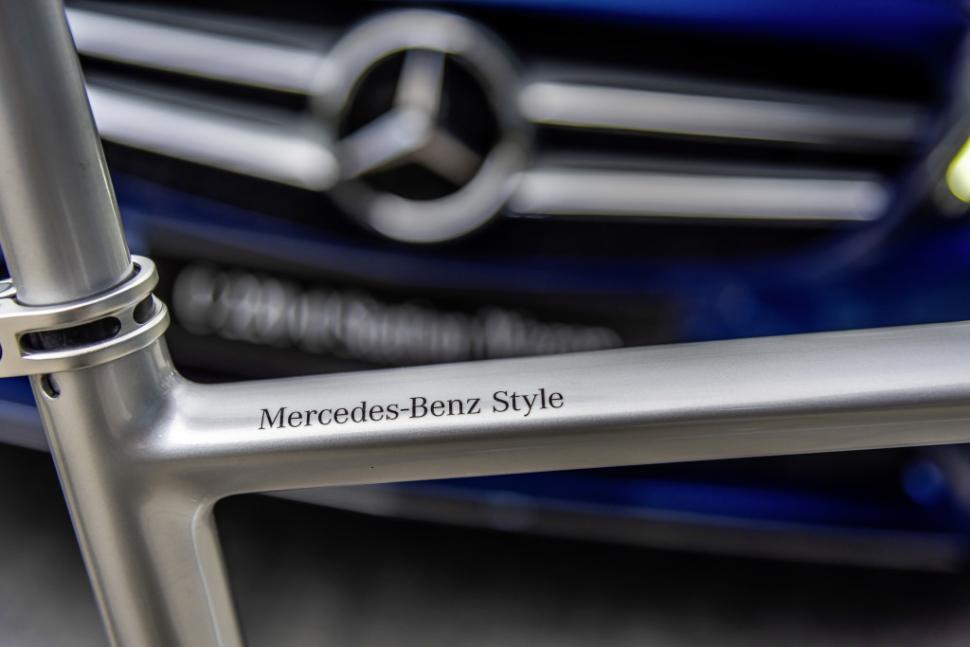 How a bike expresses 'bipolarity' or 'sensual purity' is anyone's guess, but we can only assume Mr. Bremer swallowed a thesaurus in the process of describing this Canadian/German masterpiece.

We haven't got pricing info yet (let's be honest, it's going to cost a lot of money), but the Mercedes-Benz Style Endurance Bike will be available from Autumn of this year. There will also be more bikes coming since Argon 18 and Mercedes have signed a multi-year partnership.